They have already gone to court multiple times unsuccessfully — as has Trump's campaign — seeking to block Biden's victory in Pennsylvania. 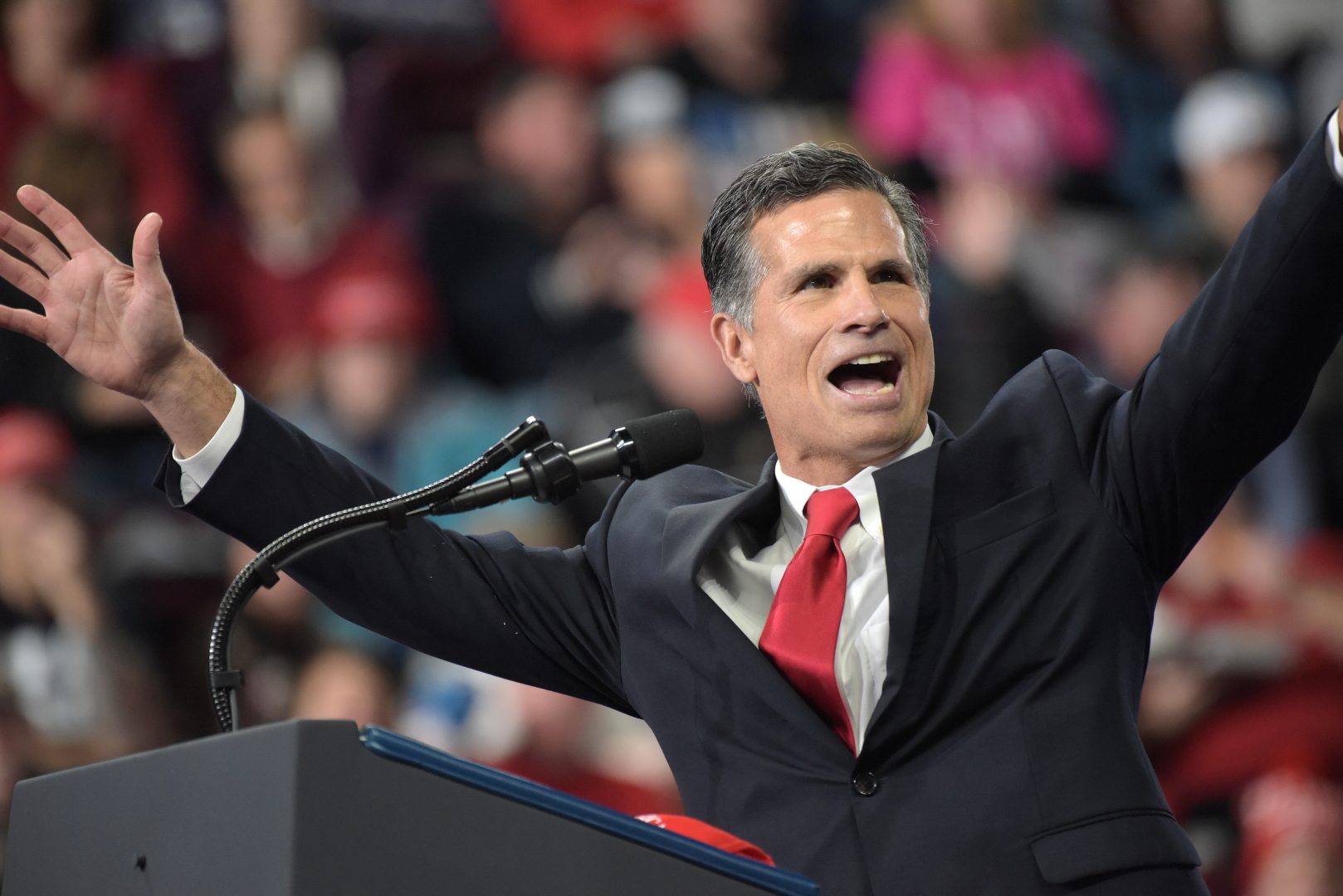 Correction: This story was updated on January 6, 2021, to correct which entity sued to outlaw the use of drop boxes in Pennsylvania. It was the Trump campaign, not the Trump administration.

(Harrisburg) — Eight Republican members of Congress from Pennsylvania, falling in line with President Donald Trump, said that they will oppose the state’s electoral votes being cast Wednesday for President-elect Joe Biden.

Those eight will join dozens of other Republicans around the country whom Trump has enlisted to challenge the Electoral College vote when Congress convenes in a joint session to confirm Biden’s 306-232 win.

As one of six states that flipped from Trump in 2016 to Biden in 2020, Pennsylvania could have a spotlight on it during debate over the Electoral College vote.

The eight representatives have already gone to court multiple times unsuccessfully — as has Trump’s campaign — seeking to block Biden’s victory in Pennsylvania.

In statements released last week, they complained about election-related policies of Democratic Gov. Tom Wolf’s administration and decisions by the state Supreme Court, generally concerning the collection and counting of mail-in ballots.

“Until these unlawful practices are acknowledged and corrected, we cannot agree to support electors chosen based upon an inaccurate total vote count,” they wrote.

Their complaints, however, are based on outright falsehoods, say state officials, and ignore what courts have repeatedly said, say constitutional law scholars.

“I have taught constitutional law for almost four decades, and I do not believe I have ever before seen American officials reject the outcome of an election with such brazenness,” said Seth Kreimer, a law professor at the University of Pennsylvania. The opposition won’t change the fact that Biden will be sworn in Jan. 20, and House Speaker Nancy Pelosi said in a letter to colleagues that there is “no doubt” of Biden’s victory.

The other two Republicans members of Pennsylvania’s congressional delegation, U.S. Sen. Pat Toomey and U.S. Rep. Brian Fitzpatrick of suburban Philadelphia, said they will vote to certify the state’s electoral votes for Biden.

A look at the claims of the eight objecting Republicans from Pennsylvania:

“Unfortunately, the many unlawful actions undertaken by the Pennsylvania Governor’s office, the Secretary of State, and what has been described as a rogue Pennsylvania Supreme Court exceeded and circumvented the state legislature’s clear constitutional authority.”

“There’s always going to be some discretion to implement what the Legislature has done,” said Derek Muller, a University of Iowa law professor who specializes in election law. “So the question is, is there a circumstance in which it goes too far?”

If they disagree with the courts, the solution is for lawmakers to clarify what they meant by passing legislation, Muller said.

Kreimer said the claim that Congress can overrule the Pennsylvania Supreme Court on issues of Pennsylvania law “suggests a remarkable level of arrogance or ignorance or both combined.”

The rule of law means that no public official is entitled to ignore determinations by courts because they disagree with them, Kreimer said. 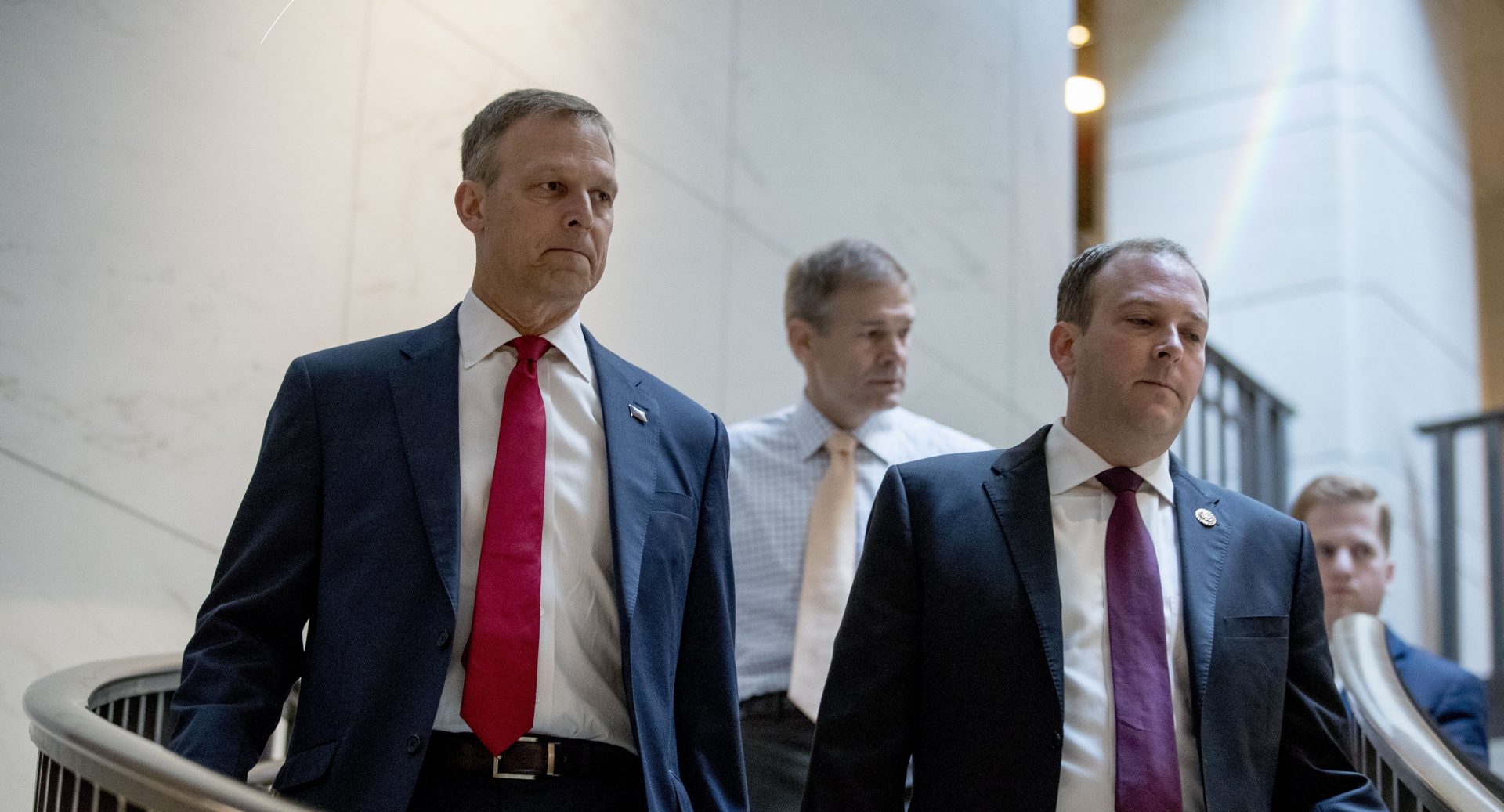 “Not properly requiring signatures to match those on mail-in ballots or requiring dates.”

In one ruling, the state Supreme Court said the law on mail-in ballots makes it clear only that the ballot envelope requires the voter’s signature, but not a matching signature.

Separately, the state Supreme Court rejected Republican challenges to the decisions of election boards in Philadelphia and Allegheny counties to count mail-in ballots that lacked the voter’s handwritten date on the outer envelope.

State law says the voter shall “fill out, date and sign” a declaration on the outside envelope, although it does not say that leaving off a date automatically disqualifies the ballot.

“Authorizing the curing of mail-in ballots with less than a 24-hour’s notice; Only some counties were informed and adhered to this order leaving voters treated unequally from county to county.”

State officials say this is false.

They released guidance Oct. 21 in which they advised counties that voters whose mail-in ballot could be disqualified by a technicality — like a missing signature on the outer envelope — could “cure” — meaning, to correct — that problem by casting a provisional ballot in its place. The guidance was posted publicly on the state’s website.

Meanwhile, the state released an email from Oct. 25 addressed to all county election directors that describes that guidance and refers to it being posted publicly online.

In any case, federal and state courts have rejected the complaint that voters were treated “unequally” when some counties let voters correct a potentially disqualifying technicality with a mail-in ballot. Bruce Ledewitz, a professor of law at Duquesne University, said there is no case law saying that “every county has to treat every voter the same.”

“Authorizing the use of unsecure drop boxes, which is not permitted in statute.”

State officials say this is false.

State law is silent on the use of drop boxes. After some counties began using them in the run-up to the primary election, the Trump campaign sued to outlaw them.

Ultimately, the state Supreme Court decided that they are legal. Meanwhile, the state’s publicly posted guidance to counties was to ensure that drop boxes are secure, to prevent tampering with ballots.

The state Supreme Court ruled that state law does not require counties to let observers get close enough to see the writing, only that they be able to observe.