The temporary restrictions, in effect for the last three weeks, suspended indoor dining at restaurants, and shut down entertainment facilities such as movie theaters, concert venues, casinos, and clubs, as well as gyms and fitness facilities. 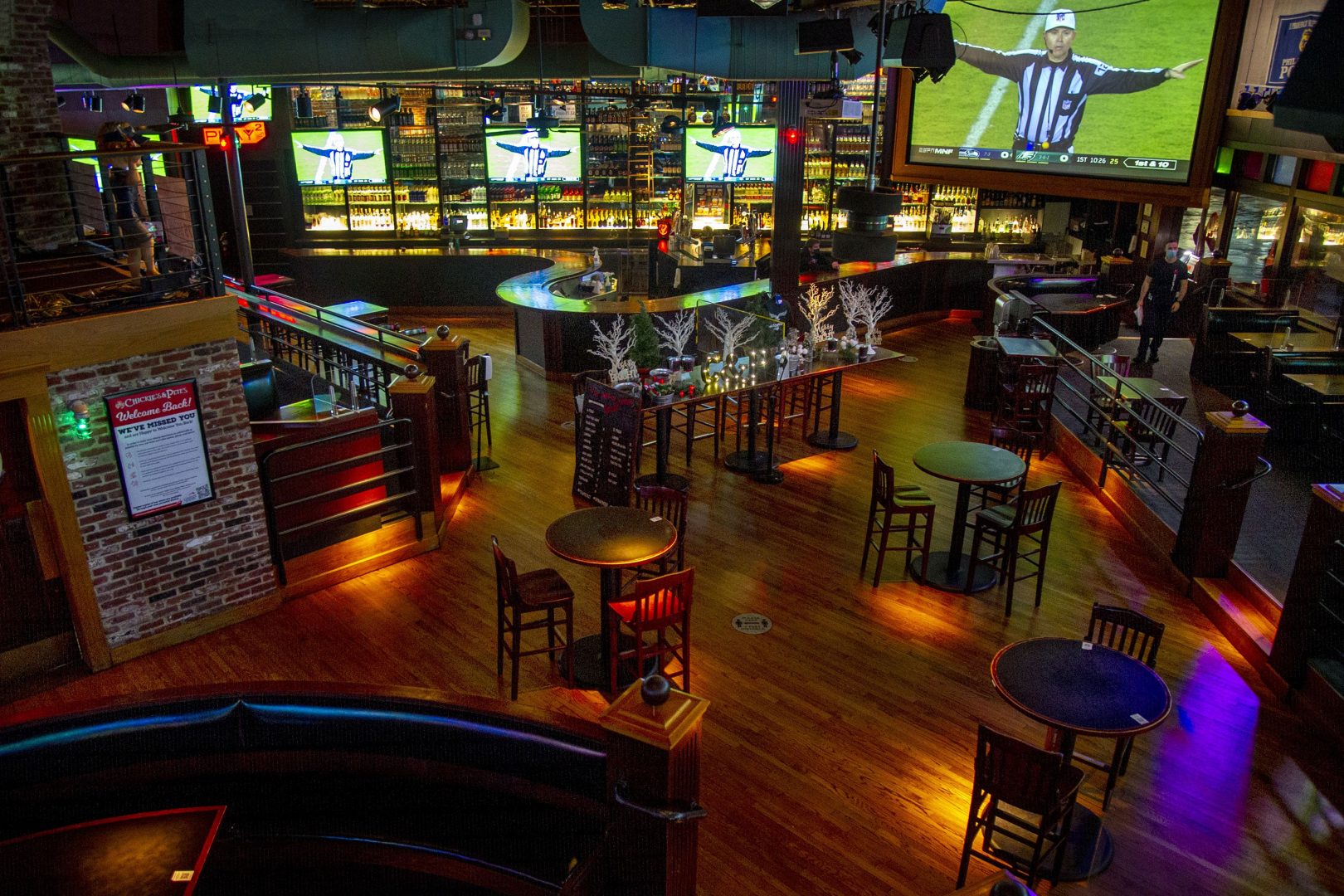 The temporary restrictions, in effect for the last three weeks, suspended indoor dining at restaurants, and shut down entertainment facilities such as movie theaters, concert venues, casinos, and clubs, as well as gyms and fitness facilities.

The short-term closures, which Wolf imposed in mid-December to slow soaring coronavirus cases and hospitalizations around the state, will expire as planned at 8 a.m. on Jan. 4, the governor said during a Wednesday news briefing. Other mitigation rules, including mandatory mask-wearing and gathering limits, will remain in effect.

“This does not mean we are out of the woods, not by any means,” said Wolf, who along with Pennsylvania Health Secretary Rachel Levine pressed the need for residents to continue avoiding unnecessary travel and social gatherings.

“If we get complacent and let case numbers begin to go back up, the danger to our communities, to our families, and to our health-care systems will return with swift and deadly consequences,” Wolf added.

After declining through the summer, new cases of COVID-19 reached record highs in the days after Thanksgiving. Wolf and Levine on Wednesday said that the temporary restrictions have, for now, had the intended effect of reversing the alarming upward spike experienced early this month.

The state reported 8,984 new cases Wednesday, down from the peak of more than 12,000 seen in mid-December, but still well above the worst of the spring surge.

“The hope is that the flattening we see now will continue into January,” Wolf said.

Still, the Democratic governor stopped short of saying he wouldn’t impose temporary restrictions again in the future should there be a post-holiday surge in the virus’ spread.

In announcing the restrictions earlier this month, Wolf said the goal was to “keep our hospitals and health-care workers from becoming overwhelmed.” State data show that as of Wednesday, nearly a third of hospitals in the southwest and southeast parts of the state are anticipating staffing shortages. In the south-central region, 36.4% of hospitals expect to reach a “crisis” level within the next week.

Health-care workers at hospitals across the state started receiving vaccines Dec. 14, followed by staff and residents at nursing homes Monday. But the rollout is expected to take months, prioritizing the most vulnerable residents and front-line workers. Vaccines are not expected to reach the general public until the spring.

“This vaccination process will take some time, and it’s particularly dependent upon how much vaccine we receive each week from the federal government,” Levine said Monday. “It’s very important to avoid large gatherings and small gatherings as we approach New Year’s Eve and New Year’s Day. We cannot let our guard down.”

House Republicans signaled Wednesday they will continue working on efforts to strip Wolf of some of his executive powers. They spent much of the latter half of 2020 attempting — unsuccessfully — to do so. GOP lawmakers in both chambers are also pursuing a constitutional amendment that would allow the legislature to unilaterally end a disaster declaration without the governor’s approval.

“Pennsylvanians should not have to live in fear of another unexpected and ill-advised shutdown,” Jason Gottesman, a spokesperson for Republicans who control the state House of Representatives, said in a statement. “When we return to session next week, the House Republican Caucus will begin work on an economic recovery plan for all Pennsylvanians that will help ensure these destructive shutdowns and restrictions never happen again.”

The temporary restrictions, in effect for the past three weeks, suspended indoor dining at restaurants and shut down entertainment facilities such as movie theaters, concert venues, casinos, and clubs, as well as gyms and fitness facilities.

The Pennsylvania Licensed Beverage and Tavern Association on Wednesday pushed for legislation that would provide grants to its members. The governor last week announced a plan, requiring legislative approval, to provide $145 million in funding to businesses that have been financially harmed by the pandemic. One leading Senate Republican told the Morning Call the proposal was worthy of consideration, while the House majority leader instead blamed Wolf’s mitigation efforts for the problems facing restaurants and small businesses.

Many industry groups had hoped Wolf and the GOP-led legislature would use $1.3 billion in flexible CARES Act funding to bail out ailing businesses and nonprofits. Instead, they used that money to prop up the state budget.