By March 12, there were 22 known cases in the commonwealth, and Wolf announced measures to keep the virus from becoming widespread.

“In Montgomery County, I am ordering the closure of all schools, community centers, gyms and entertainment venues,” he said.

More closures followed the next day: Numerous schools in Allegheny, Lancaster, York, Berks and Delaware counties were also shuttered, along with Allentown and Philadelphia. 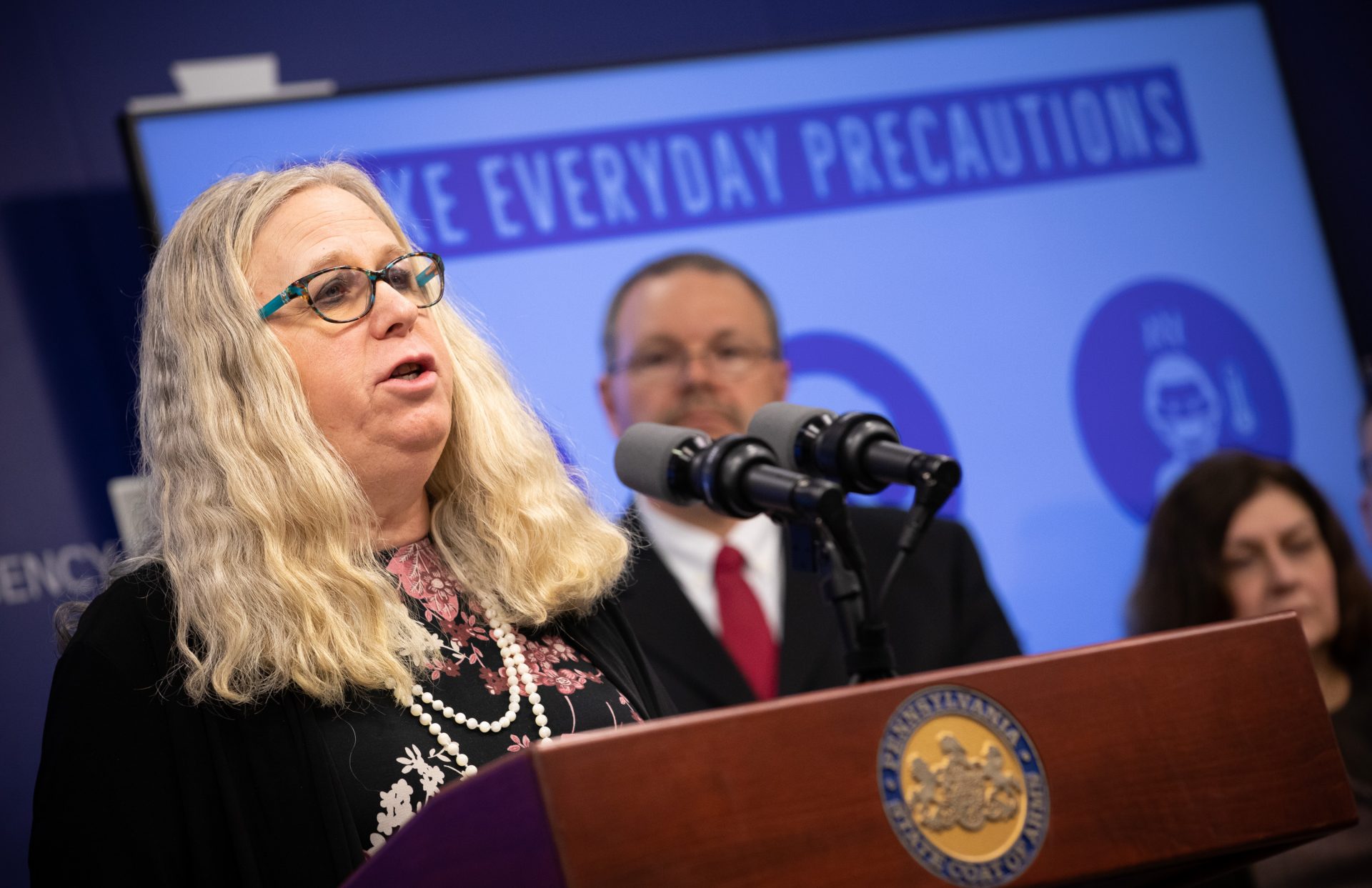 Secretary of Health Dr. Rachel Levine speaking to the press March 12, 2020. Governor Tom Wolf and Secretary of Levine provided an update on the state’s COVID-19 mitigation efforts, including one new presumptive positive case in Pike County, bringing the state’s total to 22, and guidance on how to reduce the spread of the virus.

With businesses shuttered and case counts still low compared to today, some rallied to open businesses — feeling like job losses and business closures were the more important concern. President Donald Trump and other Republicans downplayed the threat of the virus.

People like Cathy Zimmerman went to an April rally to “Reopen PA” — organized by an out-of-state gun rights group — where she blamed the governor for the job losses and business closures.

“I believe that he and the governors of New York and New Jersey have such hatred for Trump that they’re willing to tank our economy just to make Trump not be reelected,” she said.

Some Republican lawmakers called to impeach Wolf and called on the health secretary to resign.

Meanwhile, hospitals scrambled to prepare for an expected surge in intensive care patients. Nurses like Maureen May in Philadelphia raised alarms about a lack of personal protective equipment and testing for front-line workers.

By summer, some counties were ignoring the governor’s orders.

“What are we going to do with the masks?” he asked. “I”m really tempted to have a mask burning party!” But in the fall, with people experiencing “pandemic fatigue,” and as colder weather drove people indoors, cases surged exponentially.

Wolf launched new measures to slow the spread, and was met with resistance from Republicans even as some of them — including Mastriano — fell ill with it.

Even after Democrat Joe Biden won the presidency, some Republicans continued to push back against the proven public health measures endorsed by all Pennsylvania health systems to slow the spread of the coronavirus that has resulted in more than 550,000 cases and about 14,000 deaths in the state.

Finally, in December, hope came in the form of the country’s first COVID-19 vaccine authorized by the Food and Drug Administration for emergency use, though Levine says it will still be months before the general public has access to it.

“While we are at the start of the road out of this pandemic, the path is long, and it will take time,” she said.