FILE PHOTO: Kris Jaeger with Broad Street Ministry waits to distribute food as part of a new initiative called Step Up to the Plate, during a rainstorm outside of City Hall in Philadelphia, Monday, April 13, 2020. 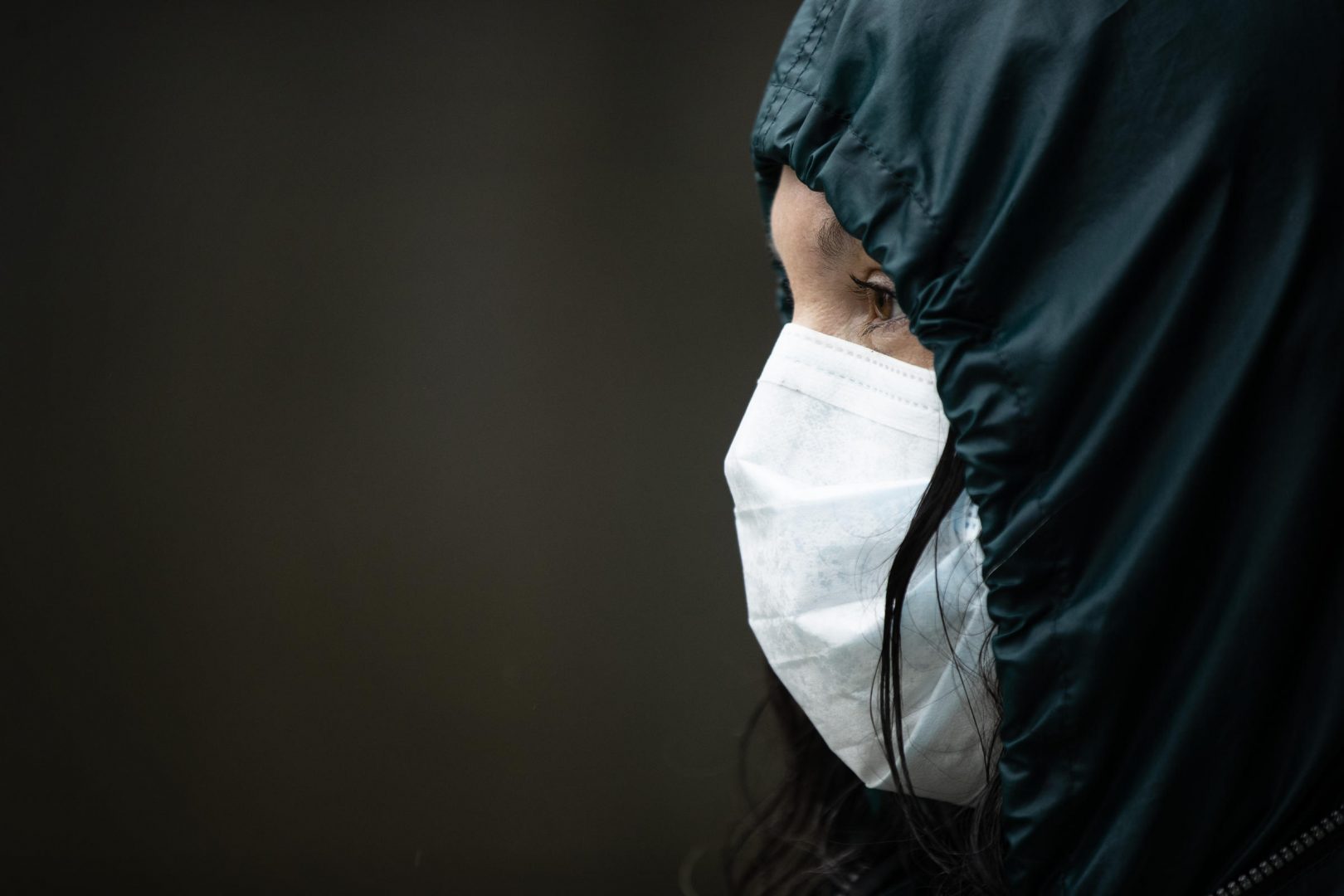 FILE PHOTO: Kris Jaeger with Broad Street Ministry waits to distribute food as part of a new initiative called Step Up to the Plate, during a rainstorm outside of City Hall in Philadelphia, Monday, April 13, 2020.

(Pittsburgh) — Domestic violence shelters in western Pennsylvania say they’re seeing an increase in hotline calls, amid worries that a difficult and isolating winter is on the way.

“As [state officials] have been talking about more restrictions, there seems to be a pretty dramatic increase over the last three or four weeks of requests for services,” said Michelle Gibb of the Alle-Kiski Area Hope Center, a domestic-violence shelter that helps survivors in Allegheny and Westmoreland counties. “It almost feels a little anticipatory. Like,  ‘Oh my gosh, [officials] did this in the spring, they’re talking about additional closures, I have to get what I can get — whether it is leaving supportive services, a safety plan — before the restrictions dramatically increase.’”

Gibb said most of the time, calls to their hotline are for immediate needs — like finding shelter or legal assistance in filing a protection from abuse order. But over the last month or so, there’s been at least a 10 percent increase in calls requesting safety planning services,  in case something happens and a survivor needs a way out.

Safety plans help people prepare to protect themselves in or escape from abusive situations. They can include telling trusted friends about what’s happening, or making sure kids know what to do when abuse occurs.

“We’ve had a lot more” requests for help with making such plans, Gibb said. “I think isolation is making safety planning more important to survivors.”

At the beginning of the pandemic, shelters in western Pennsylvania saw a drop in calls to domestic violence hotlines. During an early stay-at-home order, it was hard for people to find enough privacy from abusers to seek out help. Once the stay-at-home order was lifted, calls went up again.

But some shelters say that overall numbers are still down from years past.

“They are still low, and we know that that’s because, of course, so many people are still isolated at home with their abusers,” said Nicole Molinaro of the Pittsburgh Women’s Shelter, which typically serves around 8,000 people a year in the Pittsburgh region.

The coronavirus has created other logistical needs for survivors too. The Pittsburgh Women’s Shelter has been housing survivors who are severely immunocompromised at hotels to protect them from the virus.

Molidaro said “We’ve really been over capacity in our shelter,” but the ability to draw on nearby hotel rooms has staved off a crisis. She noted that survivors still have their own rooms at shelters, though they share common areas.

Molinaro said the center has been able to cover hotel rooms, and offer staff hazard pay, thanks to federal pandemic funding they received through the federal CARES Act, which Congress passed this spring. But she’s worried about what will happen in the coming months, as that money runs out.

“The funding is dwindling,” Molinaro said. “We need more support now because it’s worse than ever. … It’s almost unbelievable where we are in the pandemic [to have] the funding sources disappearing.”