In this file photo marchers participate in a May 31, 2020, protest in State College against police brutality and racism. 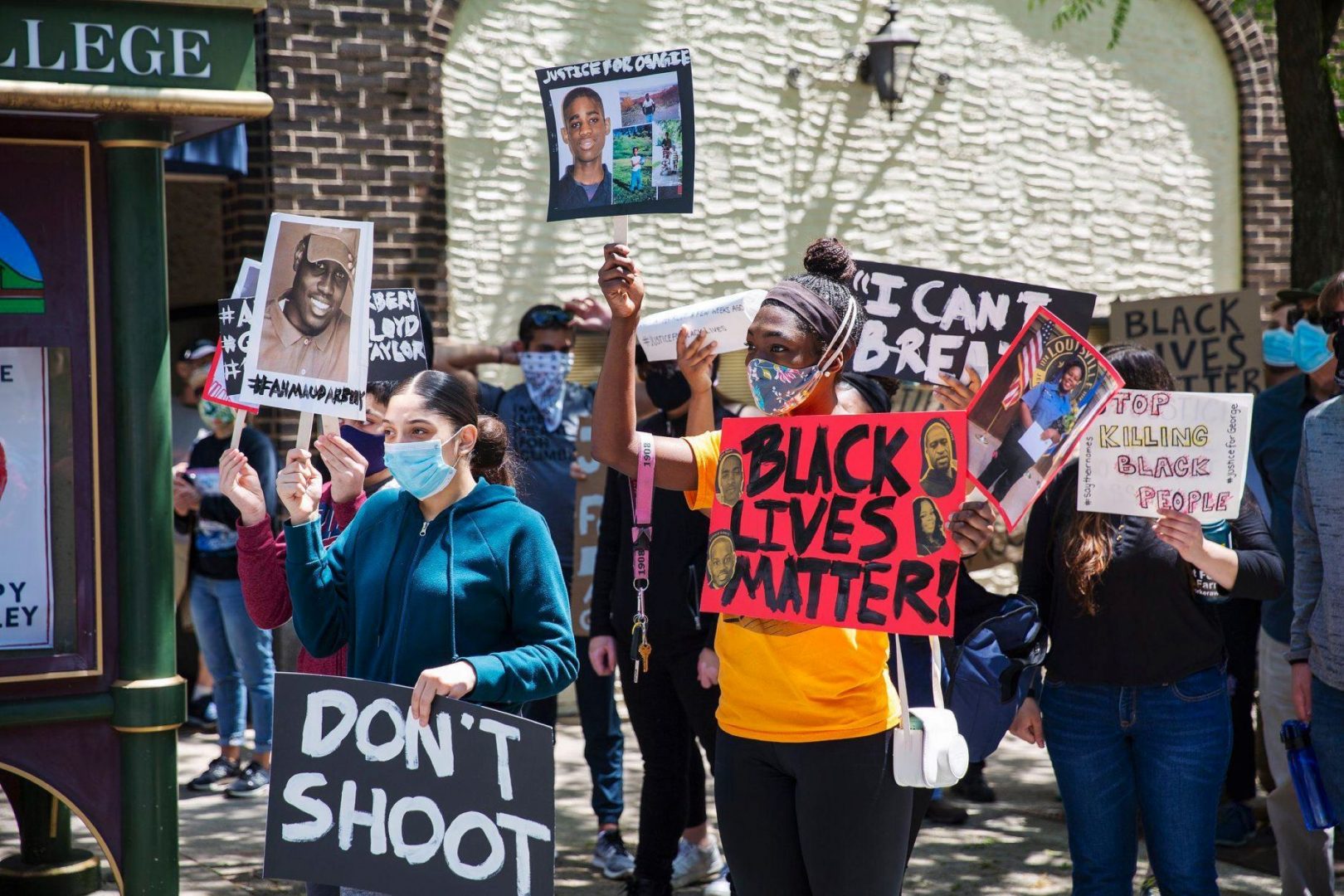 In this file photo marchers participate in a May 31, 2020, protest in State College against police brutality and racism.

(Harrisburg) — Nearly two months after police killed George Floyd in May, 23-year-old Justin Walton led a Black Lives Matter protest in his hometown of Columbia in Lancaster County. In a Facebook video from that day, he speaks from a basketball court with a train blaring in the background.

“Let me just say this first,” he said, interrupting his prepared remarks to address dismay that the mayor or a representative of the police department did not speak. “I’m a little disappointed as well. It’s something I was hoping for and playing for and I had some space in here for them.”

He said he was expecting the mayor to speak, but communication “fell off” before the protest. He gave credit to the police department, however, for helping plan routes and staying throughout the event, since Walton had seen on Facebook that a group in Wrightsville was considering coming across the Susquehanna river to counterprotest and was worried about safety.

Columbia, a town of 10,000, is predominantly white. Walton does not live there anymore, but he describes it as “kind of split” between a more diverse downtown and a whiter uptown.

“Part of me, the radical part of me, kind of wanted to march uptown, because this was something that needed to be heard up there,” he said. But, weighing safety concerns and wanting a good turnout, he decided to stick downtown.

Getting a location approved was harder than expected. Places Walton had grown up thinking were open to the public turned out to be privately owned.

“It kind of threw me off, because there’d been public events held at these spots, so I didn’t think it would be any different,” he said. “But because of the cause, and the movement. It was different.”

Walton’s event came amid a summer of racial justice demonstrations against police brutality. In Pa. they spanned from Philly to Pittsburgh to Harrisburg and smaller places. The demonstrations were generally peaceful.

The highlight for Walton was hearing the other speeches by friends from York. “They’ve embodied the movement since before the movement was a movement,” he said. “They also spread a very bright light.” 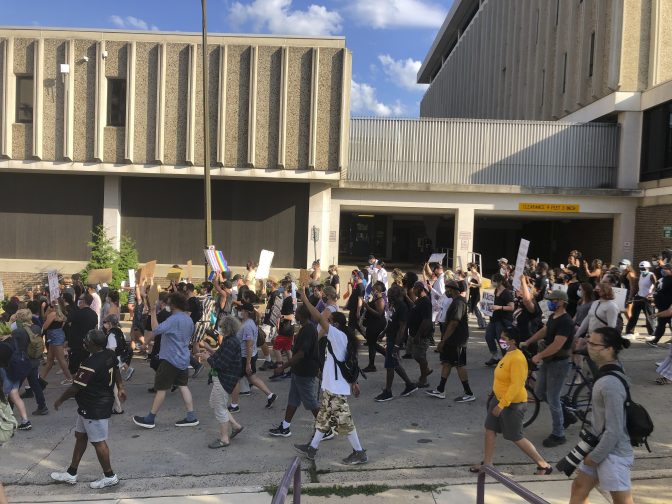 Protesters march past the police department in Allentown, Pennsylvania, on Monday, July 13, 2020, to demand accountability from police after video emerged of an officer placing his knee on a man’s head and neck area outside a hospital. Police have launched an internal probe.

Across the Commonwealth, hundreds of people had similar experiences organizing protests this year, many for the first time. It quickly became clear that the demonstrations reverberating across the country would not stay in major or even mid-sized cities, nor would it be the usual suspects leading them.

“Usually, it’s the people with the most confidence in their education and economic position who tend to organize public events and assume they have a right to speak out, and the protests this summer were different,” Lara Putnam, a research professor in the University of Pittsburgh’s history department, said.

Putnam spent four years tracking protests in southwest Pennsylvania. She and her colleagues expanded that scope in 2020, noting more than 400 protests in 230 different places. Organizers came from a range of economic backgrounds and many were in high school and college, a few years younger than Breonna Taylor and Ahmaud Arbery were when they were killed.

Another pattern Putnam observed was the misinformation that helped fuel backlash against protesters, many of whom were having some of their first experiences with civic engagement.

“There were rumors being consistently pushed, especially on Facebook pages, across the state and around the country about “antifa thugs” and busloads of rioters being bused in from — insert name of city here — to our small town,” she said.

Since the protests, some organizers have shifted away from activism to find other ways of making a difference.

Walton, for example, is about to start his final semester of student teaching. He is conflicted about how outspoken he can be, or wants to be, as an educator. But he said teaching, especially social studies, is key to change.

He said, “being able to bring in change and difference in the classroom, being able to use history as a way to bring up these issues, as a way for us to learn from them” is a big part of what motivated him to teach in the first place.

Since the summer, some groups focused on racial justice have continued their work and made connections with other organizers across the state.

The protests led to new organizations and heightened awareness of local government.

In early June, hundreds of people gathered at the Lebanon municipal building. 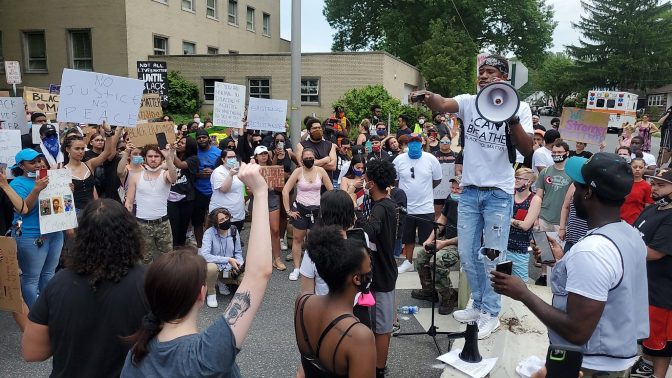 A speaker points to the crowd gathered for a Black Lives Matter protest in Lebanon, Pa., on June 4, 2020.

Some in the crowd that day would go on to hold daily, then weekly, then twice-weekly protests in the nearby town of Annville, even on the day of Pennsylvania’s first big winter storm. Some would create a new chapter of the NAACP for the county. Others would spend the following weeks pressuring the city to be more transparent about the police department’s policies and hold a town hall in policing.

After a right-to-know request, the city posted a redacted police conduct manual to its website, and in November, Mayor Sherry Capello held a “community conversation” over Zoom in which she shared crime statistics and adjustments to police training and oversight. She has promised more public discussions in the future. The Public Safety & Criminal Justice Committee of the county NAACP is researching the county’s criminal justice system, including a government advisory board that NAACP members say should include more representatives from faith and community groups.

Forty miles away in Harrisburg, the city council approved a new civilian police advisory board with subpoena powers and budgeted for new civilian positions in the police department, which proponents say will enhance community policing in the city. Proposals for new training, new hires, and accountability policies unfolded differently across Central Pennsylvania and the entire state. 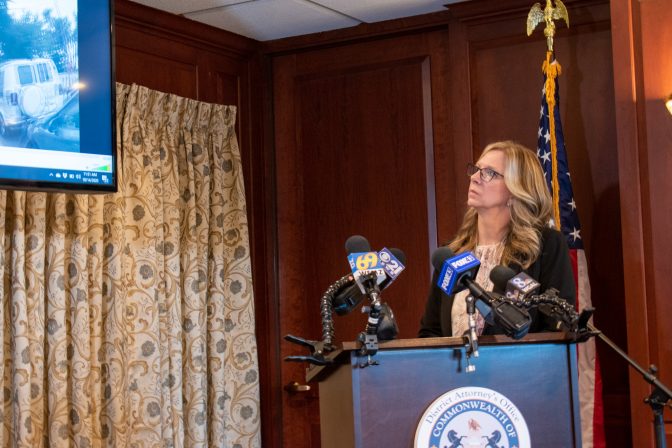 But Alex Domingos, a Campaign for Smart Justice organizer with the ACLU of Pennsylvania, said the reforms he has seen this year generally fail to bring about real change because they do not account for larger systems at play. He is critical of strategies that rely on creating new positions in departments and of the community policing approach, which includes various programs that aim to build positive relationships between residents and law enforcement. Domingos sees it as more of a PR move.

“Cities should invest in services and the material needs people depend on instead of people that’ll come play basketball or make viral videos with children,” he said. “We know the problem goes much further beyond that and don’t think these institutions deserve our trust and sort of infinite money to experiment.”

A PBS review of research on community policing found it tends to improve perceptions of police but has a more ambiguous impact on crime and use of force, especially since use of force data can be difficult to access.

Better data is a priority for Domingos.

And Domingos said he draws more hope from how people are coming to understand the interconnectedness of issues across the criminal justice system, like policing, cash bail, and parole, and how ideas have developed at the community level.

“In addition to trying to force accountability out of local officials, folks have been thinking very deeply about how to build alternatives and use community ties that don’t involve throwing people in cages,” he said.

Such alternatives are part of a concept that gained traction in 2021 – what Domingos calls “divesting” from police to support housing and other services people rely on.

During a panel discussion about policing as part of WITF’s Toward Racial Justice series, moderator Charles Ellison asked retired police captain and criminal justice professor Sonia Pruitt if she thought the movement to “defund the police” had a messaging problem.

“It incites some emotion, so for some people the word works,” she said. “And then there are other people, like the police, for whom the word doesn’t work.”

Pruitt said she worked in a department with a relatively small budget.

“So I understand what it means when we don’t have enough money to do the things we might have wanted to do or we might have to find another way or find a grant,” she said, adding that there should be more education about “what defunding the police can actually look like.”

Pruitt said she supports tying state and federal funds to the performance of police leadership.

“If you hit people in their pocket, they tend to wake up,” she said. “If you are not a good steward of your police department, then you should be held accountable.”

In 2018, Pruitt became the first Black woman to reach the rank of captain in Montgomery County, Maryland. She said, the reckoning on racism in policing needs to continue inside departments and out.

“I see law enforcement as the enforcement arm of institutional racism. That’s why it’s so easy for white people to call the police on Black people just going about normal, everyday business,” she said.

Disentangling racism from policing, she added, requires recognition and action.

“We’re going to have to acknowledge it. Focus on it. We don’t need any more courageous conversations—we’re having one of those — we need courageous people,” she said.

Jobless aid at end for hundreds of thousands in Pennsylvania