FILE PHOTO: In this Thursday, July 30, 2015 file photo, air conditioners and power generators are displayed on a street in central Baghdad, Iraq. Nations reached a deal Saturday, Oct. 15, 2016 to limit the use of hydrofluorocarbons, or HFCs - greenhouse gases far more powerful than carbon dioxide that are used in air conditioners and refrigerators, in a major effort to fight climate change. 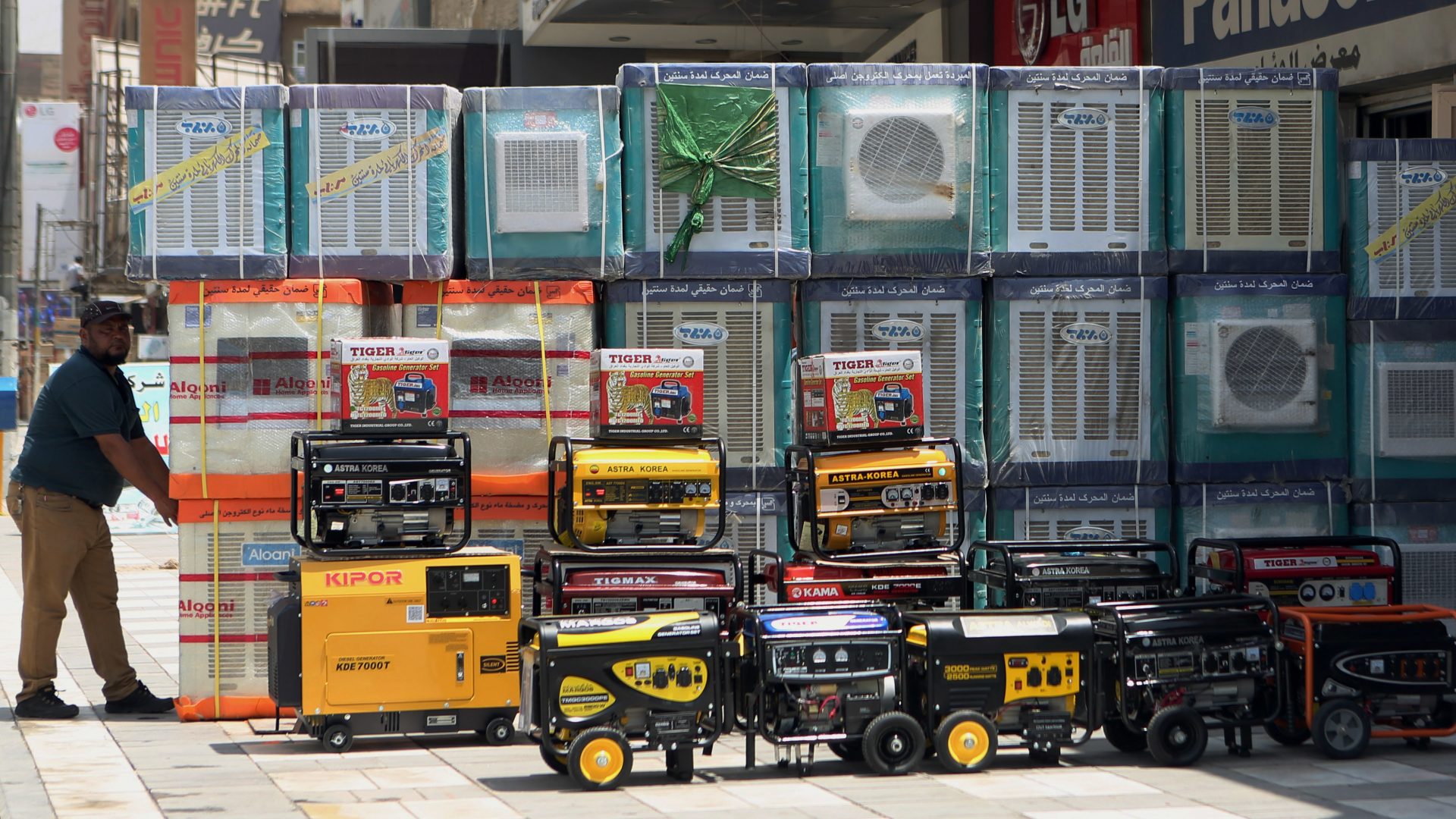 FILE PHOTO: In this Thursday, July 30, 2015 file photo, air conditioners and power generators are displayed on a street in central Baghdad, Iraq. Nations reached a deal Saturday, Oct. 15, 2016 to limit the use of hydrofluorocarbons, or HFCs - greenhouse gases far more powerful than carbon dioxide that are used in air conditioners and refrigerators, in a major effort to fight climate change.

(Washington) — The massive spending package just passed by Congress includes the most significant climate legislation in more than a decade, along with significant changes in energy policy.

It was easy to miss, nestled among pandemic relief payments, the annual spending bill, new Smithsonian museums and protection from surprise medical billing. But pull out the energy provisions alone, and the bill is remarkable: It includes $35 billion in funding for basic research, extensions of tax credits for renewable energy companies, and a long-delayed mandate to reduce the use of a particularly damaging greenhouse gas.

The fact that Congress managed to pass climate legislation at all is noteworthy in and of itself. For years, thanks to gridlock and an administration actively hostile to climate action, legislators have struggled to set new climate policy, even on measures that enjoy widespread bipartisan support.

Purely in terms of climate impact, the most meaningful part of the omnibus — and, in fact, the most significant action Congress has taken in more than a decade — is the decision to reduce the use of hydrofluorocarbons, or HFCs, by 85% over 15 years.

HFCs are widely used as refrigerants in air conditioning and refrigerators, but when they escape into the atmosphere, they are a potent greenhouse gas. The most common HFCs are more than 1,000 times as powerful as carbon dioxide. Phasing them out had the backing of environmental groups as well as the air conditioning and refrigeration industries, which see business opportunity in the change, but legislation has been stymied in Congress — until this omnibus.

This legislation fulfills an international agreement to phase out HFCs from the final days of the Obama administration. The U.S. still hasn’t ratified what was dubbed the Kigali Amendment, but much of the rest of the world has. That’s left domestic companies worried foreign competitors would dominate their changing industries — and grappling with a patchwork of confusing state regulation.

The phasedown won’t immediately affect consumers, who can continue to use their current air conditioners, but it will have a huge impact on the environment. Air conditioning and refrigeration use are growing, especially in developing countries, and with existing refrigerants that would have worsened climate change.

“You would have seen about the equivalent of 70 billion tons of [carbon dioxide] added to the atmosphere in the form of HFCs between now and 2050,” David Doniger of the Natural Resources Defense Council says.

He says this phasedown will prevent about a half-degree Celsius of global warming. That’s significant because the goal of the Paris Agreement is to limit warming to under 2 degrees.

Doniger also is optimistic that environmental groups and affected industries were able to agree on this legislation.

“It’s proof that the climate problem is so real and so serious that the underlying current in industry and in Congress is running towards solutions,” Doniger says.

So what else does the omnibus do for climate and energy?

Overall, the energy measures in the omnibus focus on priorities with bipartisan appeal. They do not include any electric vehicle mandates, carbon taxes or fines, let alone the $2 trillion in infrastructure spending that President-elect Joe Biden has promised.

But from this Congress, under this president, it’s a major shift.

Environmental groups have welcomed the new legislation, while noting that more drastic action is still required to reduce the damage caused by climate change meaningfully. Elizabeth Gore of the Environmental Defense Fund called it “a strong starting point,” while John Bowman of the Natural Resources Defense Council described it as a “down payment.”

ClearPath, a conservative group that supports climate action, called the package “monumental.” Meanwhile, the American Energy Alliance, which is aligned with the oil industry, denounced the policy shifts as “green giveaways” for the renewable energy industry and a “stealth Green New Deal.”