‘The most dangerous place to be in America right now is a prison or jail,’ Philly lawyer says 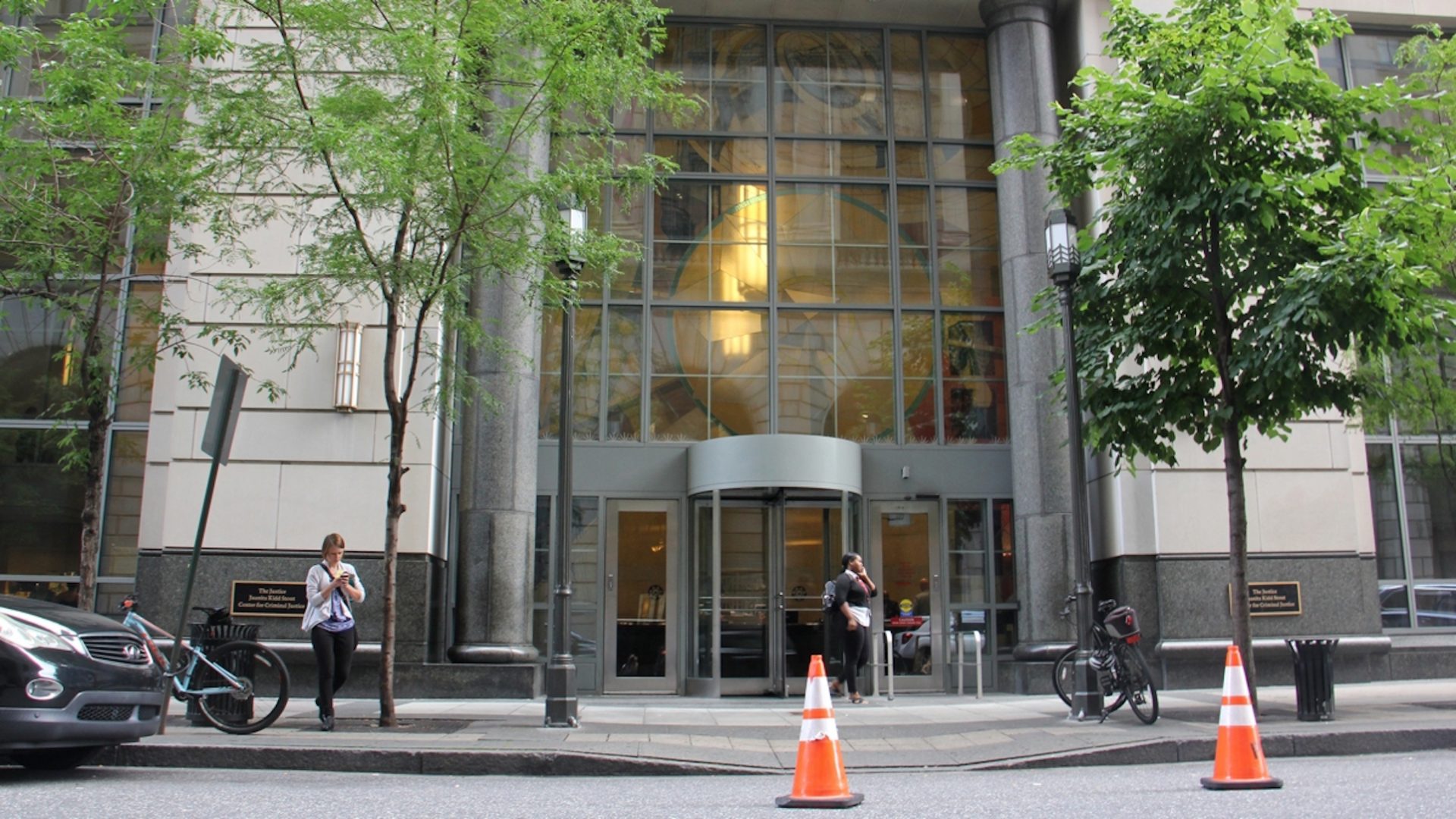 (Philadelphia) — The pandemic has spelled trouble for civil and criminal jury trials in Pennsylvania this year. Nearly all of them were halted to prevent jurors, litigants, attorneys, judges, and staff from assembling and potentially contracting the virus.

Jury trials in Pennsylvania are not expected to resume until early in the new year.

Joe Oxman practices law in Pennsylvania and is a member of the Philadelphia Trial Lawyers Association.

He recently spoke to WHYY’s Morning Edition host Jennifer Lynn about this challenging year including the time a few months ago when the U.S. District Court in Philadelphia conducted criminal trials.

Oxman says the process was riddled with problems.

What the U.S. District Court did was they put one trial per week and they would conduct the trial in four different rooms. One room would be for the participants, the criminal defendant, prosecutor, defendant, judges, and then they would have three other courtrooms open, one specifically for the jurors, another one for media and another one for the public.

Lots of different rings, almost like a three ring circus or something. I’m sure there was decorum. But I mean, that’s so different.

It was definitely a problem. One, it was taking up so much space. Secondly, the participants couldn’t see the jurors, which is such a vital part of conducting a trial.

And let’s talk about the jurors. I’m sure the selection was different. That process was different during this time.

The biggest problem right now with the process of jury pools is that, quite frankly, very few people want to do jury service. Jury service has plummeted with those who have been noticed actually showing up by as much as 80-90%. And the other problem is, if you only have a limited amount of people attending for jury service, is that number really reflective of the community? That’s a problem.

And with such a short window, with a brief opening, there couldn’t have been much progress on cases, one case a week. I mean, you were mentioning before we went on the air, there are thousands of defendants in pretrial phase who haven’t been able to make bail. They’re on a two year mark in jail.

That’s correct. Basically, the Sixth Amendment [right] to a speedy trial has been suspended indefinitely. I mean, right now there are half a million people in the U.S. who are currently being detained pretrial. In other words, they’re awaiting trial and still legally innocent. Many are jailed pretrial simply because they couldn’t afford money bail or they’re on probation or parole. They are languishing in jails right as we speak.

And COVID cases in prisons, we hear are rising again. They have the potential to rise. As a result, some municipalities want to release people who’ve been charged with nonviolent crimes.

The most dangerous place to be in America right now is a prison or jail. The coronavirus pandemic can transform a sentence of a few months into a lifelong health condition or death. That has compounded the inherent dangers of being incarcerated in the United States.

And what about defendants wanting to agree to lesser charges to get themselves out as soon as possible? This gives prosecutors the upper hand, right?

Oh, yes. You can absolutely make an argument now that there are many unscrupulous prosecutors who have realized that this leverage of COVID is a tool for them to get pretrial detainees to plead out to lesser crimes, even though that detainee may adamantly believe they’re innocent. So what you have is many pretrial detainees just wanting to get out of jail at any cost and pleading to lesser charges just to leave.

COVID is a tool, I guess, to use your words, in some civil cases, too. There’s a dynamic playing out that involves insurance companies as well.

Correct. Sort of the simplest example is a motor vehicle accident. Quite often motor vehicle accident liability is pretty pat as it stands now. There are thousands and thousands of backlogged civil cases that would have been settled months and months ago, only for the simple fact that there aren’t going to be any trials any time soon. So the insurance companies want to hang on to their money as long as possible.

This has to be hard for, you know, you’re in a law firm, law firms, anything related to the court system, that whole industry. Support staff, everybody, what are you seeing? Are people in jeopardy of losing their jobs?

Do you think people associated with trials, corrections, including defendants, plaintiffs, they should all be among the first to receive a vaccine when it’s available?

That’s an excellent question. And I could see possibly a scenario where if a person is called for jury duty, they would immediately be shifted to the front of line to get a vaccine which would enable them to serve on a jury. I think that would be a great idea to include jury duty, as so to speak, of vital worker.

Well, thanks for joining us, Joe Oxman. Appreciate your time.

3 dead, 4 injured in horse and buggy crash with dump truck