The 2020 election cost Pa. counties millions in OT, was most expensive ever, officials say 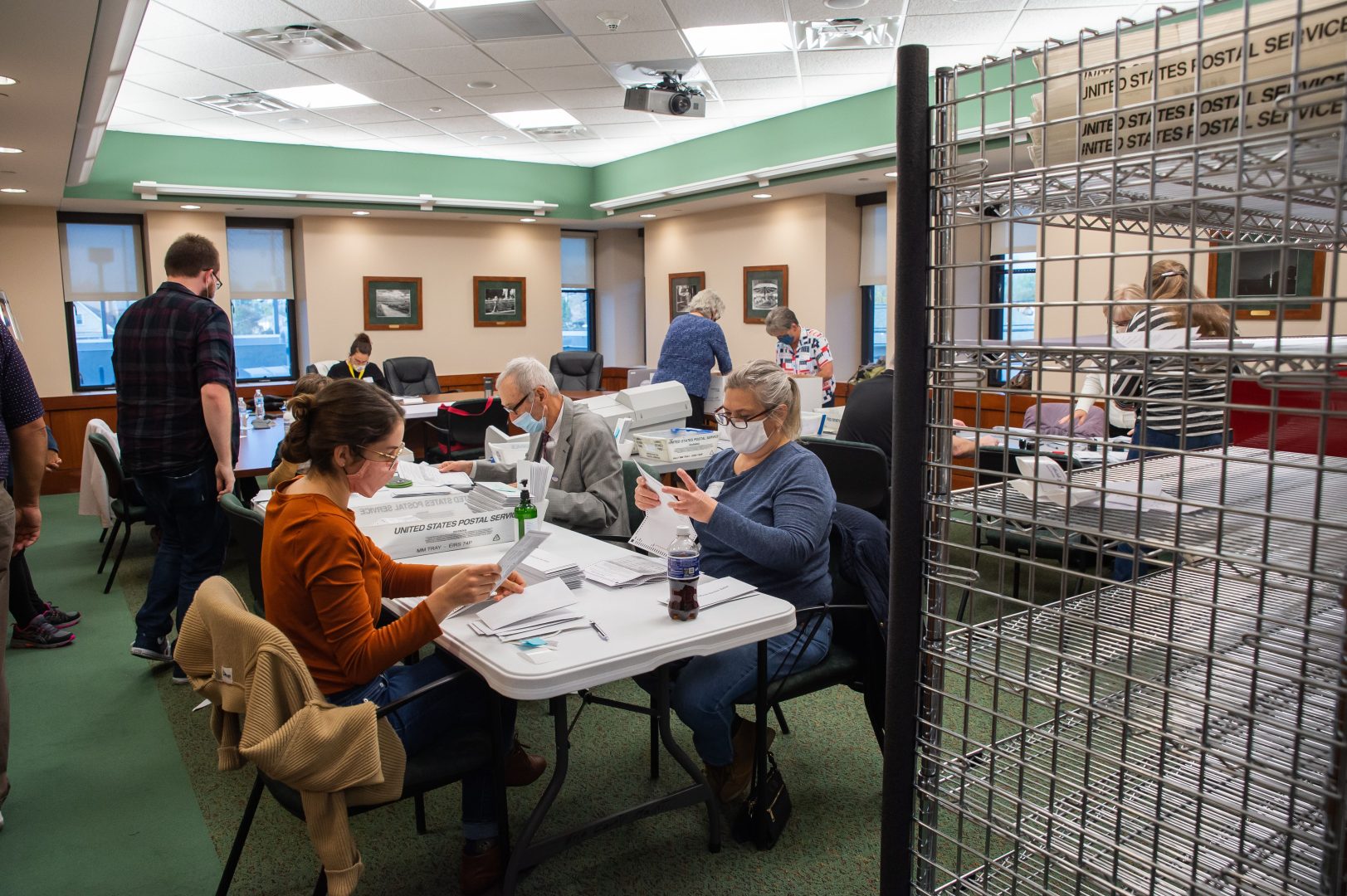 (Harrisburg) — Forrest Lehman has yet to calculate Lycoming County’s final bill for the June primary and the Nov. 3 general election.

But the elections director knows this: He spent four times his office’s budget for overtime this year, and the cash balances for other items like postage have never looked so depleted.

As county officials across the state sort through their ledgers to guide budgets for next year, they’re feeling sticker shock from what they said was far and away the most expensive election in their careers.

The state’s 67 counties will work into next year to tally up election expenses for 2020, the first year Pennsylvania implemented no-excuse mail voting. A record 2.6 million people ultimately voted that way, with the COVID-19 pandemic driving up demand — and costs.

“It was really a perfect storm this year,” said Lisa Schaefer, executive director of the County Commissioners Association of Pennsylvania.

While the pandemic added pressures on already overworked election offices, it also created new sources of cash for counties to cover expenses created by the expanded vote-by-mail system. In addition to federal grants solely focused on elections, some counties tapped into flexible CARES Act money they could use for costs related to the public health emergency.

“If it weren’t for the pandemic, I think we would’ve been on our own for all those expenses,” Feaser said.

But even after the pandemic subsides — and the federal money dries up — other expenses like increased postage costs and payroll, space to secure and store ballots, and printing will continue to squeeze county coffers well beyond 2020, officials said.

They’re likely to get little relief from Harrisburg. The pandemic’s effect on the economy has taken its own toll on the state budget, giving lawmakers few options to offer any help in footing the bill.

The Pennsylvania House Appropriations Committee plans to conduct a review of 2020 election costs, said spokesperson Neal Lesher. But he said the state is expecting a $3.7 billion loss in tax revenue over the state’s two most recent fiscal years.

“With such large losses in revenue collections, our state budget is under enormous strain,” Lesher said. “New or additional spending in any area, including more funding for county-run elections, is very difficult right now.”

Next year’s municipal elections likely won’t see the same attention or turnout, but that doesn’t mean costs for counties will return to pre-2020 levels. Budget documents from 11 counties reviewed by Spotlight PA and Votebeat reflect that.

Take Delaware County, where officials passed a 2020 budget with $993,000 for the elections department. The county’s 2021 proposed budget sets aside $3.8 million, with an analysis citing the need for additional personnel, equipment, and materials for the increase.

Montgomery County projects its 2020 election operations will cost almost $2 million more than the $3.5 million originally budgeted. That doesn’t include another $2.3 million spent this year on mail-ballot equipment, a spokesperson said. Next year’s budget provides $4.4 million for running 2021′s elections.

“We’re being asked to run what is in effect an entire second election, when you talk about the work,” Lehman said of mail voting. Voters wait in line outside the Bucks county government building in Doylestown, Pa., a suburb of Philadelphia, on Monday, Nov. 2, 2020.

Added costs but not enough aid

Counties foot most of the bill for Pennsylvania’s elections.

An April report from the Brennan Center for Justice estimated the total cost for the state’s 2020 elections would fall between $80 and $90 million, roughly 75% of which would come from counties. The same report estimated it would take $24 million to provide secure and safe in-person voting during the pandemic, and costs related to mail balloting would climb to at least $36 million.

Pennsylvania borrowed $90 million in 2019 to help counties cover the costs of new voting machines. And election boards this year received about $13 million in federal and state grants meant to shore up the 2020 elections.

But that proved not to be enough.

Bucks County received about $700,000 of those emergency grants. But by the end of November, officials resorted to using $890,000 from the county’s flexible CARES Act grant to pay for additional mail-ballot equipment, according to David Boscola, the county’s finance director.

Before the pandemic, state officials expected that only a small share of registered voters would use the new mail-based system, Lehman said — 10% or 15% at the most — a number that would increase gradually in subsequent years. That was based on first-year experiences of other states, he said.

But in the November election, about 37% of the final count came through the mail, or 2.6 million ballots.

“What COVID did is it took us to year five of large-scale mail-in voting in Pennsylvania, in the very first year,” Lehman said.

Elections directors said they had to act quickly before the June primary to accommodate an onslaught of mail ballots. Large and mid-size counties hired third-party printing and mailing vendors to scale up their operations.

County officials unsuccessfully lobbied state lawmakers to make changes to Act 77 that would make elections easier to manage. Chief among them was allowing counties to begin processing mail ballots a week or two before Election Day.

Forced to begin an arduous process on Election Day, county officials said they had to bring in additional workers all at once to start counting thousands of ballots, likely adding to personnel costs.

In Lycoming County, Lehman purchased two additional ballot-scanning machines for about $50,000, he said. An automated letter opening machine cost another $16,000, plus $25,000 for a paper shredder.

In Bucks County, elections officials used around 100 county employees from other departments to work four-hour shifts at night, paying them overtime, to help with the extensive work involved with processing, sorting, verifying, and storing mail ballots. The county also hired 20 part-time workers to help at the elections office.

“We used CARES money to pay for all of that,” Boscola said.

Whether lawmakers will send more money to counties for election costs as part of any changes to Act 77 remains to be seen.

Lehman, of Lycoming County, said without the federal money, “counties would have been on their own” for new expenses like ballot printing and mail equipment.

Most of the big-ticket equipment will last several years, but Lehman said he doesn’t see the added $14,000 in overtime he spent, or the $10,000 increased postage costs, going away after the pandemic. Even more specialized mailing equipment may be necessary to buy for future years, Lehman said.

The elections director said he’s already started to research mail-sorting machines that can automatically scan and upload the tracking data of incoming ballots, another $60,000 investment he might need for the next presidential election.

“That’s what counties might be looking down the barrel of depending on how things continue to develop,” Lehman said.