Philadelphia Eagles' Jalen Hurts runs during the second half of an NFL football game against the Green Bay Packers Sunday, Dec. 6, 2020, in Green Bay, Wis. The Packers won 30-16.

“We needed a spark. We needed something to go our way so I put Jalen in the game."

Carson Wentz was benched in the third quarter of Philadelphia’s 30-16 loss to the Green Bay Packers on Sunday after completing 6 of 15 passes for 79 yards, no turnovers and four sacks.

Hurts, the rookie second-round pick, tossed a 32-yard touchdown pass to Greg Ward and finished 5 of 12 for 109 yards, one interception and three sacks. He also ran for 29 yards.

Coach Doug Pederson didn’t commit to a starter next week when the Eagles (3-8-1) host the New Orleans Saints (10-2).

“We needed a spark. We needed something to go our way so I put Jalen in the game,” Pederson said. “He did some good things, used his legs when he had to. He got us back in the game. I have to evaluate the film to decide how he played overall.” 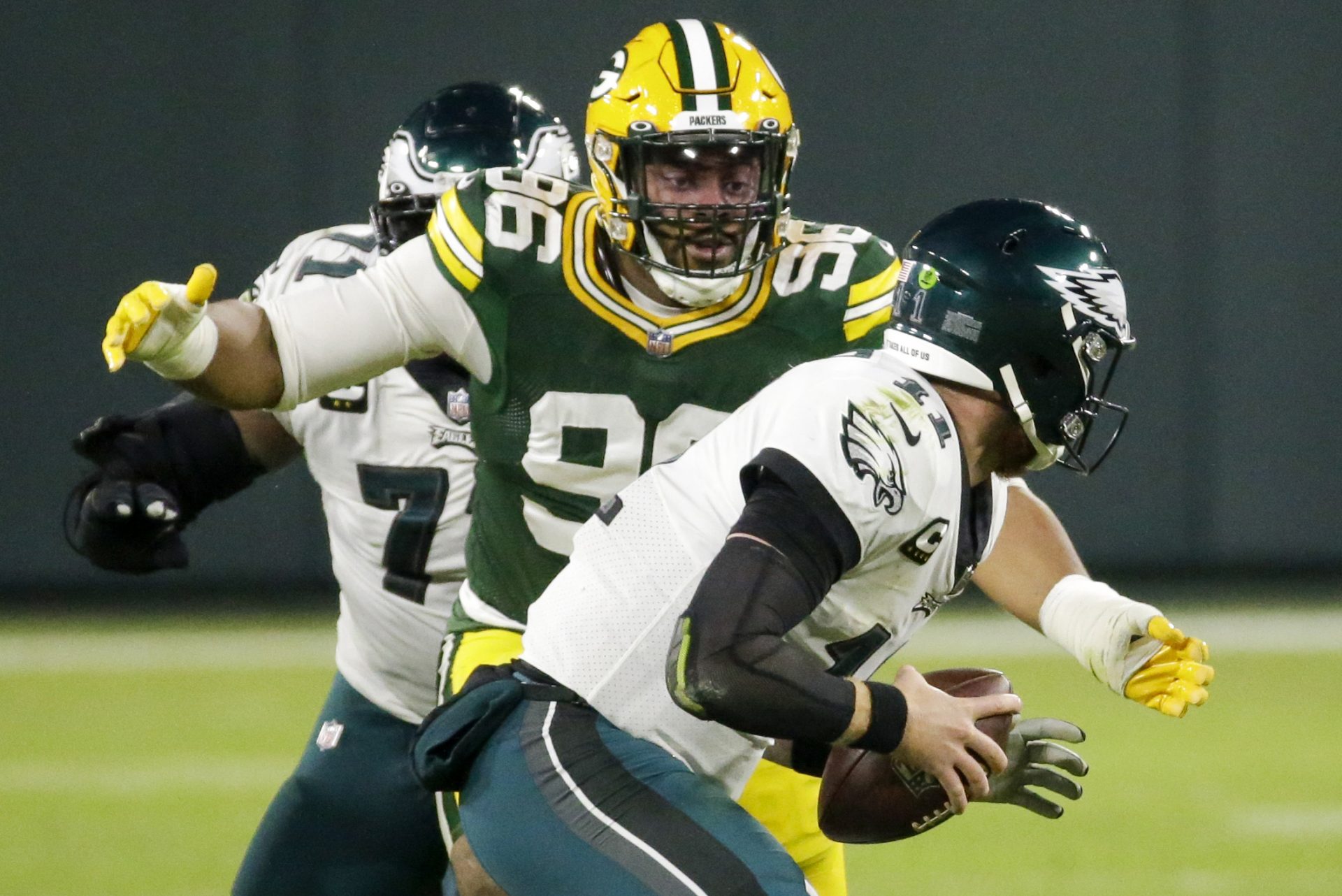 Wentz, who finished third in NFL MVP voting in 2017, is having the worst season of his five-year career. The Eagles gave him a $128 million, four-year contract extension in 2019 that kicks in next season.

“Obviously, that’s frustrating as a competitor,” Wentz said about being benched. “I wanna be the guy out there. At the end of the day, we lost. As a team, we lost and that’s what I’m most frustrated about.”

Wentz hasn’t had much help this season. He played behind the 11th different starting offensive line in 12 games. He was constantly under pressure and often didn’t have open receivers.

He’s dealt with questions about Hurts since Philadelphia used the 53rd overall pick to select the 2019 Heisman Trophy runner-up. Hurts had taken nearly all his snaps with Wentz on the field split wide until Sunday.

Wentz has been hurt by a lack of playmakers, especially at receiver. Philadelphia’s front office passed on DK Metcalf to select J.J. Arcega-Whiteside in 2019 and took Jalen Reagor ahead of Justin Jefferson this season.

“We’ve had a lot of things this year and I know first and foremost I gotta be better,” Wentz said. “I’ve watched the tape every week and there’s plays out there every week that I know I can do better. I can get us into better situations, be more accurate, all those things. I’m not the guy that’s going to point fingers or anything. I know I can play better.”

Wentz was the No. 2 overall pick in 2016 out of North Dakota State. He started 16 games as a rookie and led the Eagles to an 11-2 record in his second season before he tore two knee ligaments. Nick Foles stepped and led Philadelphia to its first Super Bowl title, earning MVP honors in the win over New England.

Wentz returned a few games into the 2018 season and was 5-6 before a back injury ended his season. Foles again filled in, led the Eagles to a wild-card playoff berth and a road win at Chicago in the postseason.

Wentz started 16 games last year and was outstanding down the stretch, helping the Eagles win the final four games to win the NFC East. He suffered a concussion in the first quarter of a wild-card playoff loss to Seattle.

With virus surge comes a push to be tested, Black Doctors Consortium finds