Gabe Perlow leads PurePenn, one of Pennsylvania's medical marijuana grower-processors. The company is in the midst of a $20 million expansion of its manufacturing facility.

Cannabis proving to be a boon to Pa., but state and federal constraints remain 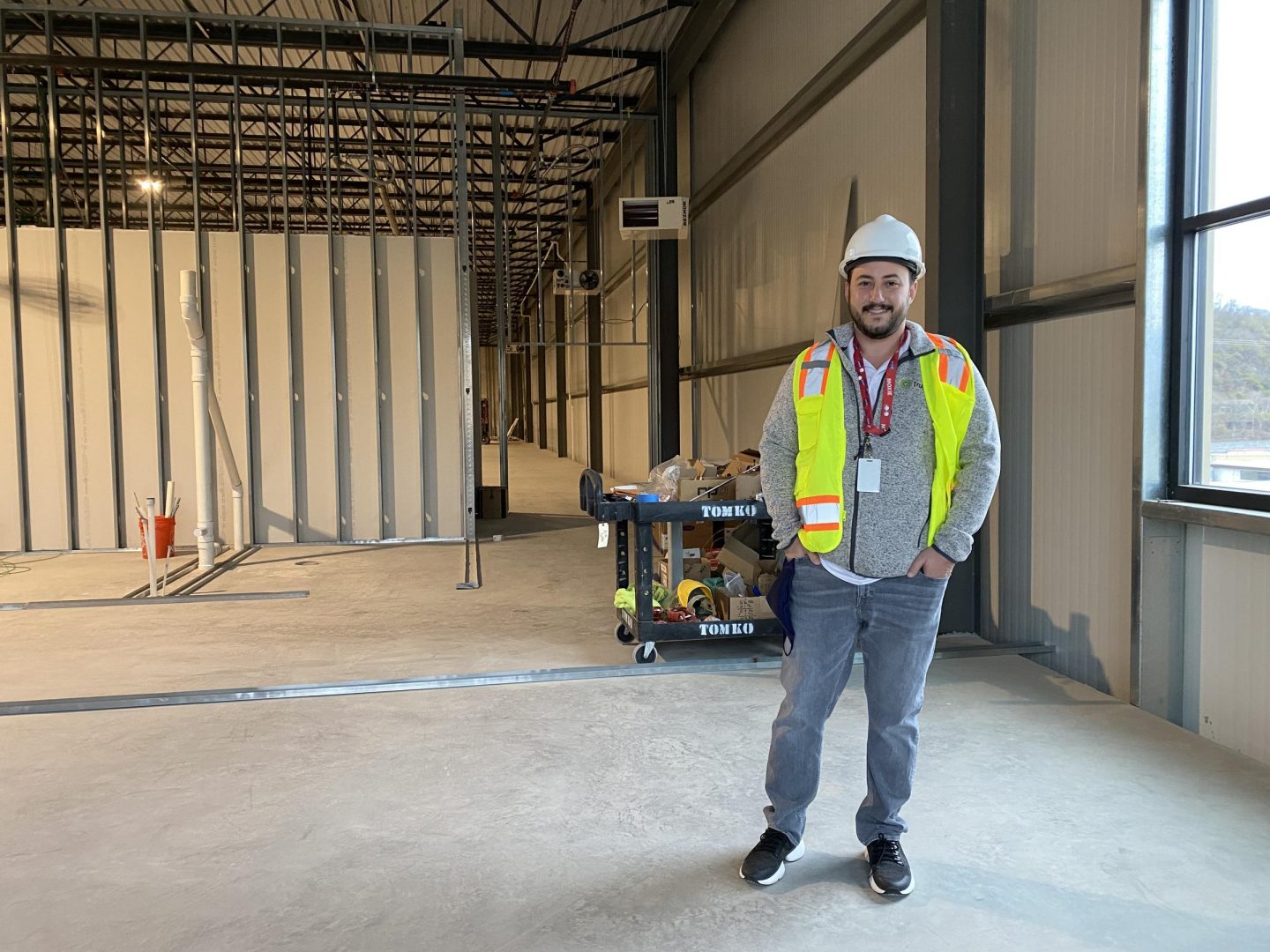 Gabe Perlow leads PurePenn, one of Pennsylvania's medical marijuana grower-processors. The company is in the midst of a $20 million expansion of its manufacturing facility.

(McKeesport) — In the four years since Pennsylvania legalized the production, distribution and use of medical cannabis, the industry has quickly expanded. In deindustrialized towns like McKeesport, just outside Pittsburgh, cannabis has created new job opportunities, and could help seed new strains of revenue and employment.

McKeesport used to be a steel town. So when Gabe Perlow and his partners were choosing where to build their medical cannabis facility, PurePenn LLC, they decided McKeesport was a no-brainer.

“While the mill might have left, that work ethic didn’t leave,” said Perlow. “The people we bring in are extremely hard working, extremely passionate, not only about the work they do, but about the community that they live in.”

Nearly three-quarters of PurePenn’s workforce lives in McKeesport. Since beginning operations in 2017, the company has grown from 25 employees to nearly 75, and hopes to reach 100. This year, they began a $20 million expansion that will triple the company’s manufacturing footprint, and increase the amount of property taxes flowing to still-struggling McKeesport’s coffers.

PurePenn is one of several businesses that have set up shop in McKeesport in the last few years. Mayor Michael Cherepko said the city’s economy used to be steel, period. Now, it’s diversifying.

“It almost becomes like a snowball effect,” he said. “You just need that anchor.”

PurePenn also created the McKeesport Community Fund, and commits at least $50,000 each year to nonprofit organizations that work to improve life in the city.

“There’s a difference between being a business in your community and being part of it,” said Cherepko. “They’re very involved.”

In September, Florida-based Trulieve acquired PurePenn, calling Pennsylvania one of the country’s most attractive cannabis markets. When he met with Trulieve’s representatives, Cherepko said he found them to be committed to staying and growing in McKeesport.

“They’ve made the comment, and they mean it, they want to be our largest employer.”

UPMC currently holds that superlative; Cherepko estimated they have more than 1,000 employees. If PurePenn were to one day employ 1,000 people, that means “you keep your family here,” he said, which is crucial to the revival of McKeesport.

Perlow is excited about PurePenn’s ability to create more jobs in McKeesport. In just three years the state’s medical marijuana industry has exploded. While all 50 of the state’s dispensary permits have been awarded, each is allowed to have up to three locations, many of which remain to be opened. According to the state Department of Health, more than 250,000 patients have active certifications, and Perlow thinks marijuana will continue to gain traction as an effective treatment.

“As patient counts grow, as medical conditions are added, and particularly as research happens … we’re going to have to add more products.”

If Pennsylvania one day legalizes recreational cannabis, there’s even more room to grow. It’s a move Perlow favors. However, he hopes it won’t just be medical producers like PurePenn that have the opportunity to start businesses and meet future demand.

“One of the things I’ve always told our employees here is, yeah, you’re getting employment. But you’re also learning skills,” he said. “I hope to see you one day start your own company where you’re cultivating [cannabis], or start your own company where you’re extracting, or you’re opening a bakery that has infused cannabis products. There’s tons of opportunities and we shouldn’t push people out of those opportunities.”

That future could be a ways off. Despite growing public support for the legalization of recreational marijuana, state government continues to oppose the move. This fall Gov. Tom Wolf again, unsuccessfully, urged the Republican-led legislature to change its position on the issue.

At the same time, the federal government treats cannabis as a controlled substance. That limits access to capital and available cash for companies such as PurePenn, which could be used to grow the company or invest in the towns and cities that have embraced them.