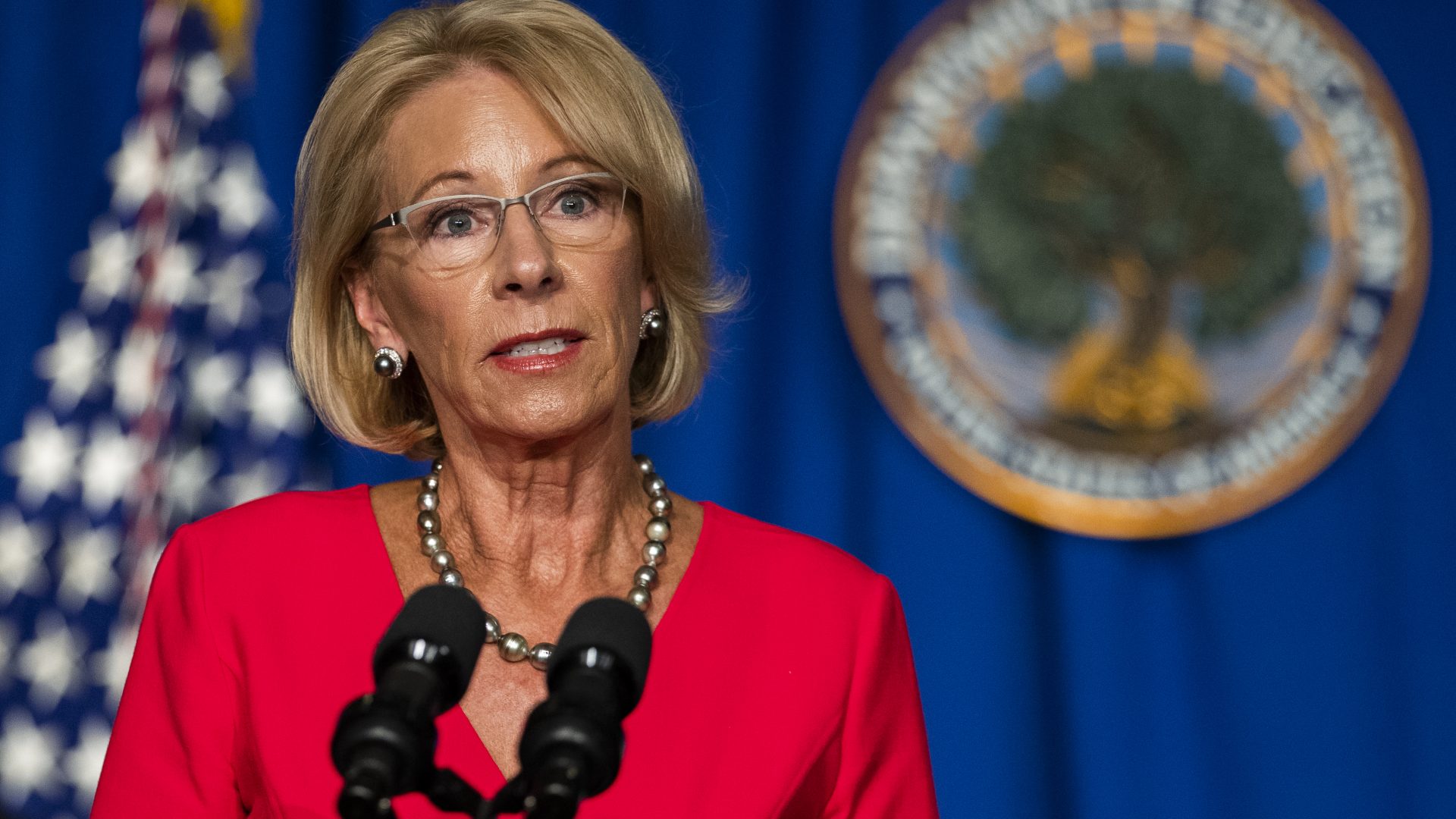 In March, borrowers were granted a reprieve on their loan payments, interest was set to 0% and collections of defaulted federal student loans stopped. Congress initiated this relief in the CARES Act, and President Trump later extended it.

“The coronavirus pandemic has presented challenges for many students and borrowers, and this temporary pause in payments will help those who have been impacted,” DeVos said in a statement. “The added time also allows Congress to do its job and determine what measures it believes are necessary and appropriate.”

“We know that periods of uncertainty and transition can cause borrowers to fall off track with repayment,” says Sarah Sattelmeyer, director of the Pew Charitable Trust’s Student Borrower Success project.

“One of the most important things for borrowers is consistency, and this will certainly provide consistency through to a new administration.”

Scott Buchanan, executive director of the Student Loan Servicing Alliance, says, “The decision provides borrowers today a little bit more flexibility. It means that payment won’t have to resume for them. But we still have the question that remains of what happens after Jan. 31.”

Regardless of when the current relief expires, Buchanan says any change will generate confusion and many phone calls from borrowers.

“We still have the challenge of [millions of] borrowers going back to repayment at the same time. … Now the work begins to move everything.”

The student loan system isn’t structured for frequent policy changes and extensions. The Education Department says it is now working with federal student loan servicers to notify borrowers of the extended relief measures and when payments are expected to resume. That messaging would need to begin before Biden takes office. And deadlines could again change if Congress steps in, or if Biden issues his own extension or offers other forms of relief.

“The student loan repayment system wasn’t designed to start and stop on a dime,” Sattelmeyer says. And what happens when millions of borrowers are unclear of when to pay? “A massive volume of incoming communication from borrowers that could overwhelm the system writ large.”

Even a recent report from the Education Department notes the upcoming resumption of payments might be messy. Loan servicers and the federal government, the report says, will “face a heavy burden in ‘converting’ millions of borrowers to active repayment.” The transition could also be confusing to borrowers, with some “becoming delinquent, at least initially.”

One solution Sattelmeyer suggests is creating a short grace period for borrowers after the payments resume — whenever they resume — to try and catch those struggling to repay or those who are unsure or confused about timing. She says this could potentially help borrowers avoid delinquency or default during a very discombobulating time.

“A lot of people are confused, and that’s hugely problematic,” Sattelmeyer says.

Research from Pew conducted in August and September found that, among borrowers who said the relief applied to them, about 40% did not know when their loan payments were set to resume.

Sattelmeyer explains that borrowers are also struggling financially due to the pandemic: Almost 6 in 10 borrowers with paused payments reported to Pew that it would be difficult to begin making their payments if they had to do so in the next month.

Many hope temporary pandemic relief for borrowers will open the door to more permanent loan forgiveness. But it’s unclear to what extent the Biden administration would do that. In November, Biden repeated his support for a provision in the HEROES Act that calls for the federal government to pay off up to $10,000 in private, nonfederal student loans for “economically distressed” borrowers. But many Democrats want him to go further.

In September, Democratic Sens. Elizabeth Warren and Chuck Schumer unveiled a plan calling for the next president to cancel up to $50,000 of outstanding federal student loans per borrower. Biden has yet to signal his interest in this plan. In his campaign proposal, he outlined a number of changes to paying back loans, including canceling $10,000 in debt for students who work in national or community service.