A hearing organized by Sen. Doug Mastriano (R., Franklin), one of the chamber’s most conservative members, appears to have violated policies the chamber adopted in the wake of the pandemic. 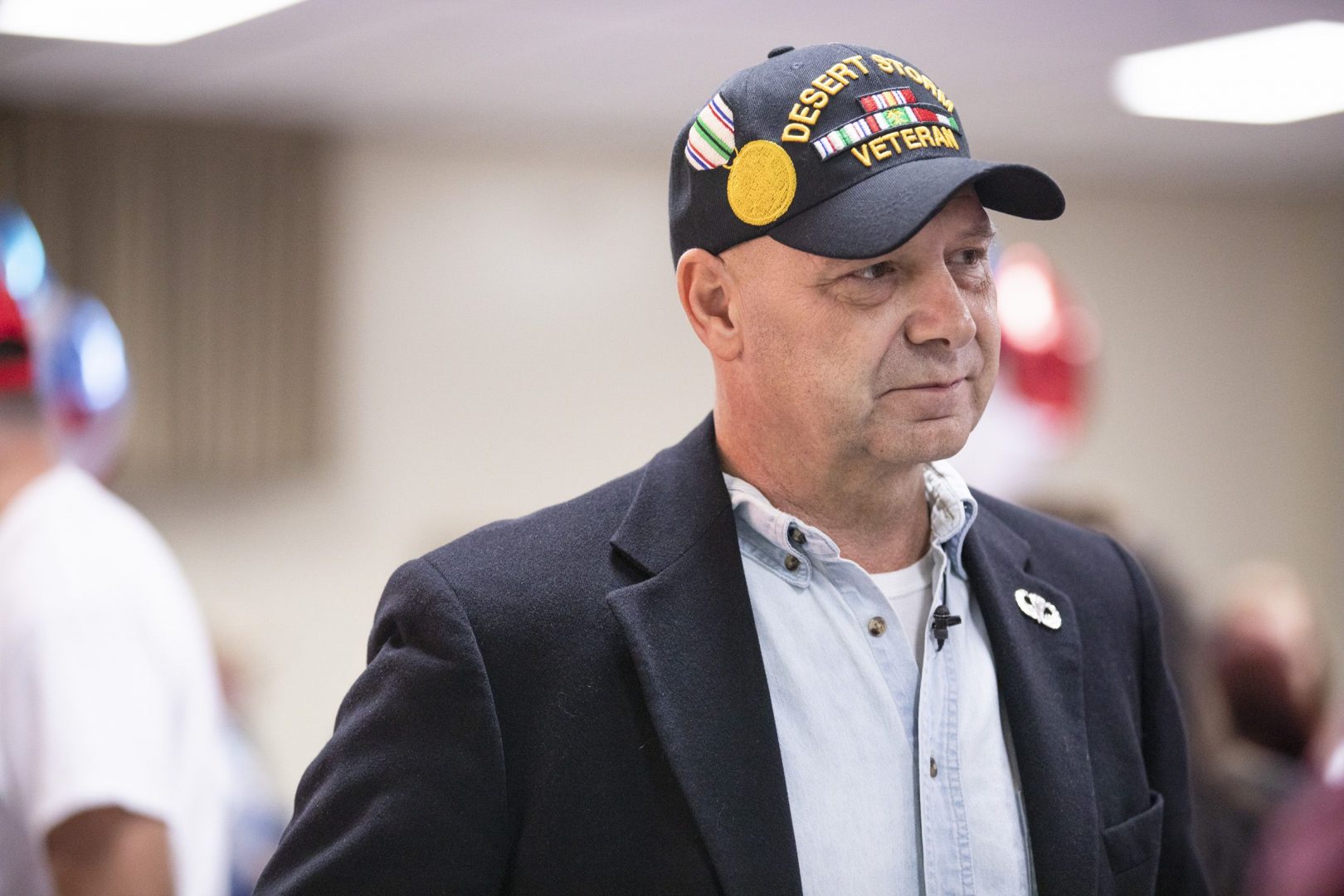 A hearing organized by Sen. Doug Mastriano (R., Franklin), one of the chamber’s most conservative members, appears to have violated policies the chamber adopted in the wake of the pandemic.

(Harrisburg) — A hearing organized by a group of Pennsylvania Republican senators last week drew dozens of spectators, many of them maskless, to a Gettysburg hotel conference room for nearly four hours of speeches on unfounded claims of widespread election fraud.

Yet Republicans who control the chamber have gone silent since one of their members — and the lead organizer of the event — tested positive for COVID-19 mere hours after the event ended. Their silence comes as coronavirus cases and hospitalizations surge, making mitigation efforts like wearing masks and not gathering in small spaces more important than ever.

Despite repeated requests for comment, Senate GOP leadership has refused to disclose whether other senators in attendance received a positive test result, or if there have been efforts to track down the roughly 100 people who attended the hearing at the Wyndham Gettysburg to let them know that they may have been in contact with an infected person.

Interim Senate President Pro Tempore Jake Corman (R., Centre) did not respond to a request for an interview Tuesday. Neither did Senate Majority Leader Kim Ward (R., Westmoreland), a former respiratory therapist and one of a half dozen senators who attended the meeting last Wednesday.

Their offices also did not respond to written questions about their handling of the event and its aftermath.

The hearing organized by Sen. Doug Mastriano (R., Franklin), one of the chamber’s most conservative members, appears to have violated policies the chamber adopted in the wake of the pandemic. The social distancing and mitigation policy, as it’s called, requires “employees” to wear masks and stay at least six feet from others while at work.

The policy, according to Senate staffers, does not apply to elected officials.

But Chrysan Cronin, director of Muhlenberg College’s public health program, said public officials should be first in line modeling behaviors they expect from their employees.

“I’m looking at the pictures and I see a lot of people without masks sitting close together in a room for an extended period of time — all the things we’re asking people not to do,” Cronin said of images of last week’s Gettysburg hearing. “It seems to me that a body like our state Senate should be modeling appropriate behavior, instead of behavior that is inappropriate such as this.” A spokesperson for the Department of Health called the event “a slap in the face” to frontline health workers bearing the consequences of the virus.

“We are at a critical point in preventing our health systems, and the hospital care of the state as a whole, from being overrun,” Nate Wardle, the spokesperson, said.

The hearing was held by the all-Republican Senate Majority Policy Committee. Though the committee has no power to advance legislation, it can and often meets to discuss policy issues important to its members.

Last week, that issue involved unfounded allegations by President Donald Trump’s campaign that there was widespread fraud during the Nov. 3 election. His supporters claim there can be only one surefire remedy: throwing out the state’s vote results (which were certified last week for President-elect Joe Biden).

Temperatures of people attending the hearing were not taken at the door, and even after the room swelled with attendees, organizers began allowing an overflow crowd to enter. Before the meeting started, several legislators gathered in an adjacent “holding room,” where they sat around a conference table, according to a source in attendance.

That included Mastriano. When he and others emerged from the holding room, several lawmakers were not wearing masks. Many also kept them off during the hearing.

Later that day, Mastriano was among a small group of people who traveled to the White House to meet with Trump. There, the Associated Press reported Sunday, Mastriano tested positive for the coronavirus while in the West Wing and had to leave.

But during a free-wheeling, half-hour Facebook live session Monday night — which has since been removed from his page — Mastriano confirmed he had tested positive for the coronavirus, even as he asserted, without evidence, that the AP report was “full of fictions and falsehoods.”

Mastriano claimed he caught the virus in an unspecified location’s “basement suite” where there were two people with COVID-19, and that he did not exhibit any classic symptoms like coughing or fever. He did not explain when he was in the basement suite, or what he was doing there, although he suggested it was for a media appearance.

“Before I got on camera, they had a makeup artist there,” he said. “And sadly that person used the same brushes on me she did on the other people before me.”

“I knew right there, stop her, don’t let her put those brushes on your face, just walk away, and I didn’t,” he said.

Still, Mastriano did not disclose when he learned that two people in that basement suite had COVID-19 and whether he was informed of it in advance of the Gettysburg hearing.

During the Monday Facebook Live session, Mastriano said he was in quarantine, and that people who he’s been in contact with had been notified. He also announced Tuesday on his Facebook page that he was canceling a Christmas event he planned to hold this Saturday in the Capitol.

Late Monday, another Republican senator who attended the Gettysburg event, Judy Ward of Blair County, wrote on her Facebook page that she had tested positive for COVID-19. But she said she believes her positive result can be traced to a gathering on Thanksgiving day.