He has aggressively opposed policies under the Wolf administration to mitigate the spread of the coronavirus and keep people safe.

(Harrisburg) — A state senator abruptly left a West Wing meeting with President Donald Trump after being informed he had tested positive for the coronavirus, a person with direct knowledge of the meeting told The Associated Press on Sunday.

Trump told Mastriano that White House medical personnel would take care of him, his son and his son’s friend, who were also there for the Oval Office meeting and tested positive. The meeting continued after Mastriano and the others left, the person said.

The person spoke on the condition of anonymity to discuss the private session because the matter is politically sensitive.

Positive coronavirus cases are surging across the United States and the nation’s top infectious disease expert said Sunday that the U.S. may see “surge upon surge” in the coming weeks. The number of new COVID-19 cases reported in the United States topped 200,000 for the first time Friday. 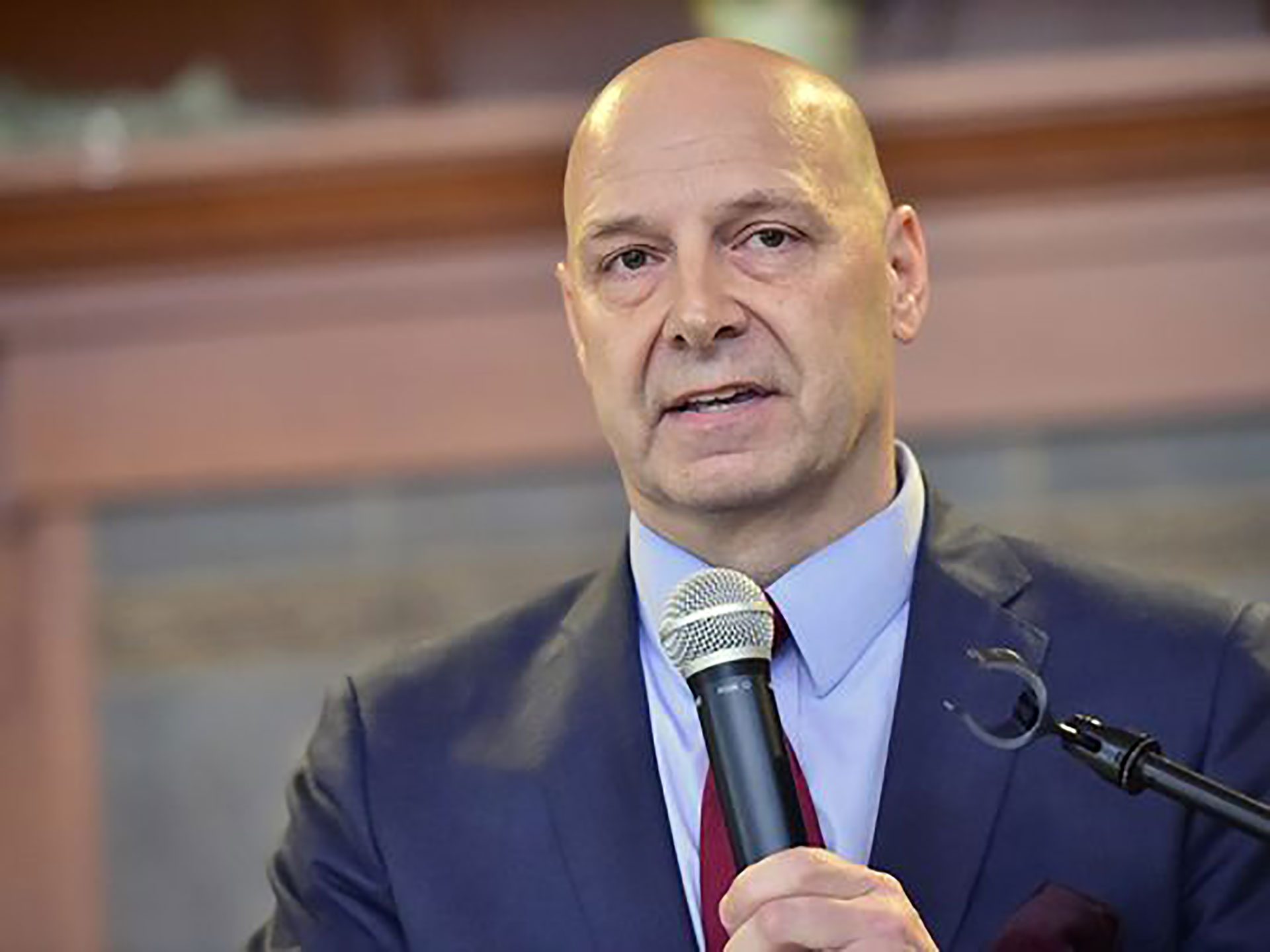 Everyone who will be in close proximity to the president must take a rapid test. Trump was himself hospitalized in October after he contracted the virus. Dozens of White House staffers and others close to the president have also tested positive, including the first lady and two of the president’s sons.

All participants in Wednesday’s meeting took COVID-19 tests, but the positive results were not announced until they were in the West Wing of the White House, the person said.

“The president instantly called the White House doctor in and he took them back to, I guess, the medical place,” the person said. The meeting with Trump was to strategize about efforts regarding the election, the person said.

After Mastriano and the others left, the discussion with Trump continued for about a half-hour. Mastriano did not return to the meeting.

Mastriano sought the meeting of the Pennsylvania Senate Republican Policy Committee earlier Wednesday that drew Trump personal attorney Rudy Giuliani, a second Trump lawyer, several witnesses and a crowd of onlookers. Only a few of them were masked.

The committee let Giuliani and others, for several hours, air their beliefs that there had been problems with how the Pennsylvania vote was conducted and counted. All claims were baseless; no evidence was presented to n= any of the allegations they made.

Trump even participated, calling from the White House while one of his lawyers held a phone up to a microphone. He reiterated the same unfounded claims of fraud he’s been tweeting about for weeks.

Those beliefs have persisted despite Trump losing repeatedly in state and federal courts, including a Philadelphia-based federal appeals court’s decision Friday that said the Trump campaign’s “claims have no merit,” and a state Supreme Court decision Saturday that threw out a legal challenge to the election and effort to stop certification of its results.

Mastriano, a conservative from a rural district in central Pennsylvania and outspoken Trump supporter, did not return several messages left Sunday seeking comment.

“I’ve received some conflicting information that I’m trying to resolve,” Argall said in the text. “It’s my understanding a Senate statement later today will help us all to understand this better.”

Argall said he would not talk publicly about the matter “until I know more.”

The person with knowledge of the White House visit said several people rode in a large van from Gettysburg, where the policy committee met in a hotel, to the White House. Mastriano, his son and his son’s friend drove in another vehicle.

It’s not clear why Mastriano’s son and his friend accompanied the state senator to the meeting, which the person said was also attended by Trump and the president’s chief of staff, Mark Meadows, who tested positive in early November.

Mastriano has aggressively opposed policies under the administration of Democratic Gov. Tom Wolf to mitigate the spread of the coronavirus and keep people safe.

He has led rallies where he advocated to reopen businesses despite the risk of infection and he has repeatedly and sharply denounced Wolf’s orders. Mastriano also spoke to a few thousand Trump supporters who gathered outside the Capitol on Nov. 7, hours after Democrat Joe Biden’s national win became evident.