The court ruled the lawsuit wasn't filed 'in a timely manner.' 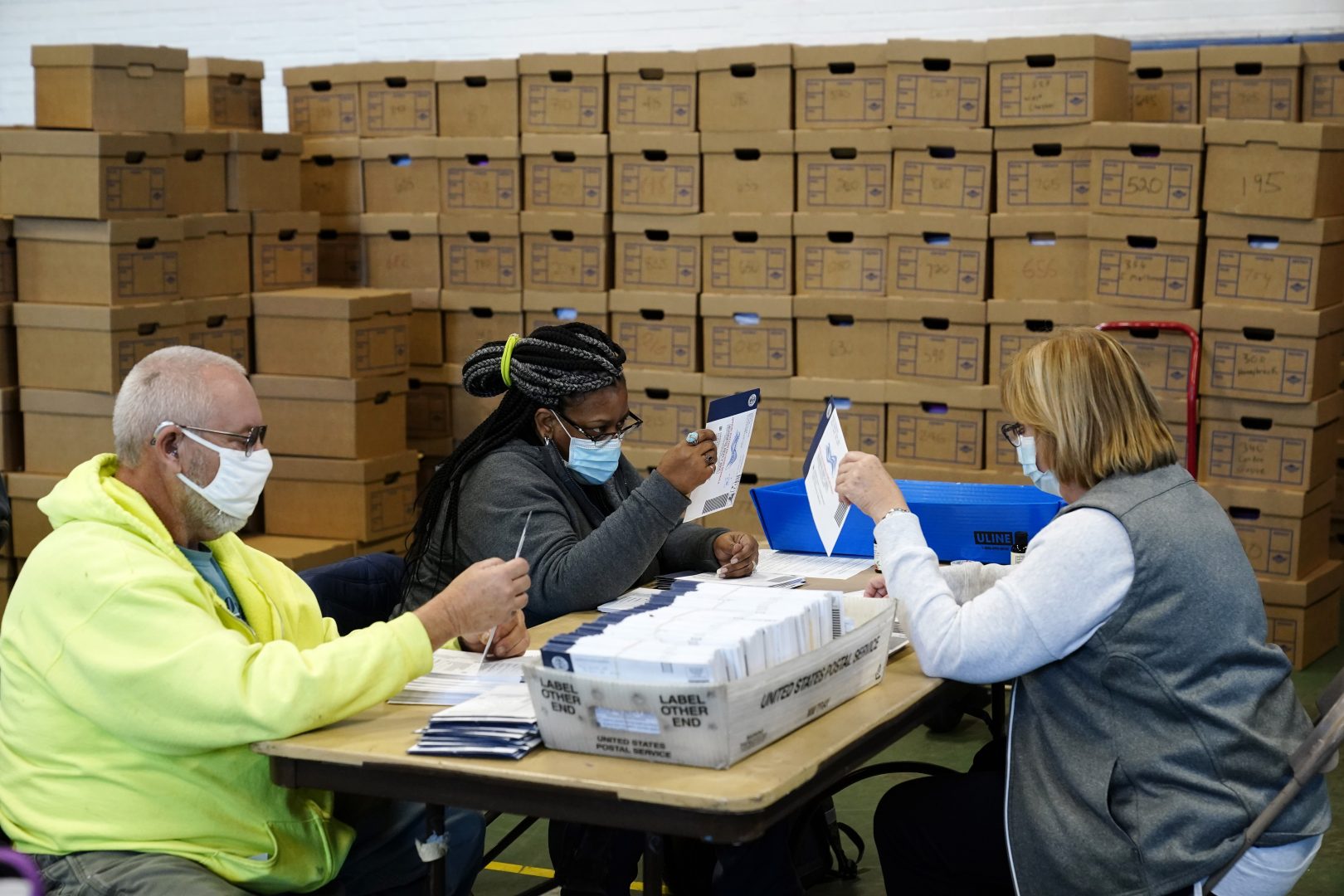 (Harrisburg) — The state Supreme Court has dismissed a lawsuit that aimed to throw out mail-in votes — or, potentially, all votes — from the Nov. 3 election.

The court’s unanimous decision Saturday evening said the lawsuit wasn’t filed in a timely manner and cited the plaintiffs’ “complete failure to act with due diligence” in bringing the complaint, which, the court said, they could have done when the law was passed last year. In addition, the law included a 180-day challenge period that expired April 28.

Justice David Wecht, in a concurring statement, wrote that the plaintiffs didn’t challenge Act 77 before the election — gambling, he said, on the outcome.

“Unsatisfied with the results of that wager, they would now flip over the table, scattering to the shadows the votes of millions of Pennsylvanians,” Wecht wrote. “It is not our role to lend legitimacy to such transparent and untimely efforts to subvert the will of Pennsylvania voters. Courts should not decide elections when the will of the voters is clear.”

U.S. Rep. Mike Kelly (R-Butler) who represents the state’s northwestern 16th District, filed the suit last weekend claiming Act 77 is unconstitutional. That’s the law enacted by a bipartisan vote that let Pennsylvanians vote by mail without an excuse and ushered in other changes to election administration.

Gov. Tom Wolf and Secretary of State Kathy Boockvar argued, among other things, that the lawsuit was filed too late.

Although the Trump campaign was not among the plaintiffs, the decision is a blow to President Trump’s attempts to overturn President-elect Joe Biden’s victory in Pennsylvania. Biden won Pennsylvania by more than 81,000 votes.

“The relief Petitioners seek is simply breathtaking,” the state’s lawyers wrote in their appeal to the Supreme Court. “They ask this Court to invalidate Pennsylvania’s voting laws, undo the results of Pennsylvania’s general election, and disenfranchise several million voters.”

The Supreme Court’s decision noted that Kelly’s suit asked for a ruling that would invalidate the ballots of millions who voted by mail, or, it said, “the extraordinary proposition that the court disenfranchise all 6.9 million Pennsylvanians who voted in the General Election and instead ‘direct the
General Assembly to choose Pennsylvania’s electors.'”

The complaint argued mail-in ballots, which don’t require an excuse, are unconstitutional and notes repeatedly that the state constitution provides for absentee voting by voters who have an excuse such as health or work. It did not explicitly state absentee ballots should still have counted if the plaintiffs were to have prevailed.

Wecht noted that the lawsuit did not claim any votes were fraudulent.

“The absence of fraud allegations from this matter — not to mention actual evidence of fraud — alone is fatal” to the claim, Wecht wrote.

In addition to Kelly, plaintiffs named in the case include Sean Parnell, who waged an unsuccessful campaign this year to unseat U.S. Rep. Conor Lamb (D-Allegheny), and voters from Erie and Mercer counties plus one from Philadelphia.

On Tuesday, Wolf certified Pennsylvania’s election results. Boockvar signed the certificate of ascertainment for the slate of electors, awarding the state’s 20 electoral votes to Biden.

At the time, Boockvar’s office declined comment on why statewide certification happened one day before the last two of 67 counties were set to complete final certification. The announcement came within a couple hours of a filing deadline in the case in response to Kelly’s request that the court block or rescind certification, which Kelly’s attorneys claim prompted the state to rush the process. Lawyers for the state later denied that in court documents.

The administration said McCullough’s order could still have interfered — without specifying how or why — with Pa. seating its electors by the so-called safe harbor deadline Dec. 8.

McCullough scheduled, then canceled, a hearing within hours Wednesday as the case was bumped up to the state Supreme Court after the Wolf and Boockvar appealed to the Democratic majority judicial panel, asking them to dismiss the case.

Jenna Ellis, a member of Trump’s legal team, tweeted about the Supreme Court’s decision, calling it a “ridiculous political game. If Kelly had challenged the statute BEFORE the election, the court would have thrown out the suit saying there was no injury in fact.”

The Trump campaign’s attempts to undo the election results have fallen flat, as their lawsuits have met repeatedly with dismissals.

There has been no widespread fraud in the 2020 election. Election officials from both political parties have stated publicly that the election went well, and international observers confirmed there were no serious irregularities. The U.S. Department of Homeland Security called the election the “most secure” in American history.