Religious leaders attend a candlelight vigil a procession in tribute to all of the lives affected by the novel coronavirus outside The Cathedral of St. John the Divine on October 19, 2020, in New York City.

SCOTUS: New York can’t limit attendance in houses of worship due to COVID-19

The decision marked a major shift for the court, in essence at least a partial reversal of previous rulings.

The decision marked a major shift for the court, in essence at least a partial reversal of previous rulings, as well as a clear indication of the court’s dramatic move to the right with the addition of new Justice Amy Coney Barrett in place of the late Justice Ruth Bader Ginsburg.

Earlier this year, while Ginsburg was still on the court, it was Chief Justice John Roberts who cast the critical fifth vote to uphold a similar order from governors in California and Nevada.

This time, Roberts was in the minority, noting that the New York rules at issue in the case had already been eased.

The newly constituted majority, however, rejected Roberts’ deferential approach, noting that New York could impose the strict orders again at any time. 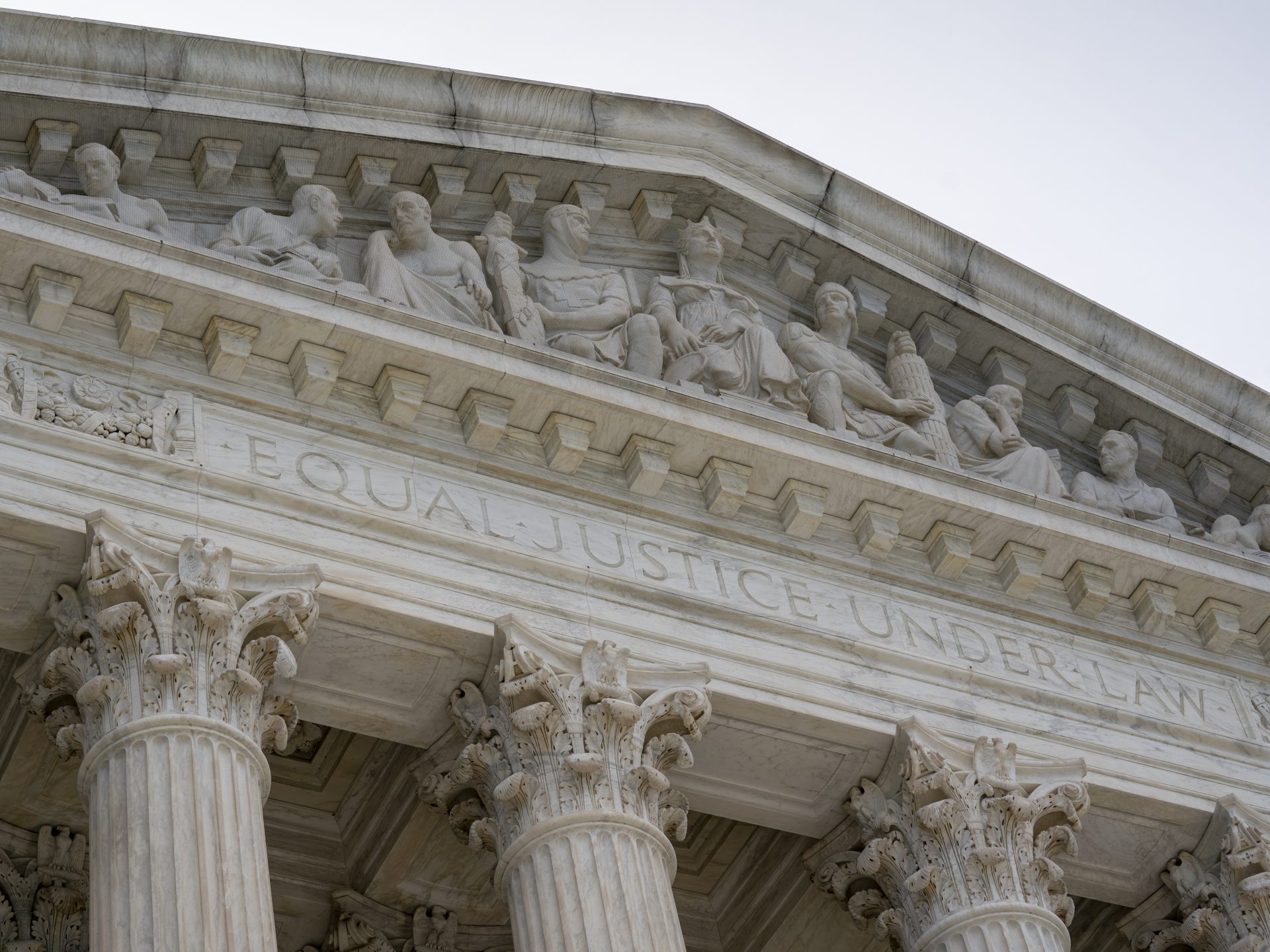 The Supreme Court of the United States

“The restrictions at issue here, by effectively barring many from attending religious services, strike at the very heart of the First Amendment’s guarantee of religious liberty,” the unsigned majority decision said. “Even in a pandemic, the constitution cannot be put away and forgotten.”

The New York rules imposed by Governor Andrew Cuomo restricted attendance at religious services in areas classified as “red” or “orange” zones. In red zones, no more than 10 people were permitted to attend each service, and in orange zones, attendance was capped at 25.

Those rules, which the court majority found to be “severe” and “inflexible,” did not apply to retail stores in the same neighborhoods, the decision said. In an “orange” zone, where secular businesses are subject to no attendance cap at all, the discrimination was “even starker,” the court said.

The justices in the majority, in addition to Barrett, were Justices Samuel Alito, Clarence Thomas, Brett Kavanaugh and Neil Gorsuch.

Gorsuch filed an unusually acerbic concurring opinion, blasting not only Governor Cuomo but also Chief Justice Roberts for his earlier opinion in the California and Nevada cases.

Referring to the more lax rules for New York retailers, Gorsuch opined that “at least according to Governor Cuomo, it may be unsafe to go to church, but it is always fine to pick up another bottle of wine, shop for a new bike, or spend the afternoon exploring your distal points and meridians,” a reference to acupuncture being unregulated.

And when it came to Roberts, Gorsuch spent several pages accusing him of “rewriting history” in his dissenting opinion on Wednesday and his earlier opinions in the California and Nevada cases.

“In the end,” said Gorsuch, while Roberts and the other dissenters may wish to “stay out of the way” and let state officials and experts deal with the crisis of a pandemic, “we may not shelter in place where the Constitution is under attack.” There is, he wrote, “no world in which the Constitution tolerates color-coded executive edicts that reopen liquor stores and bike shops but shutter churches, synagogues, and mosques.” 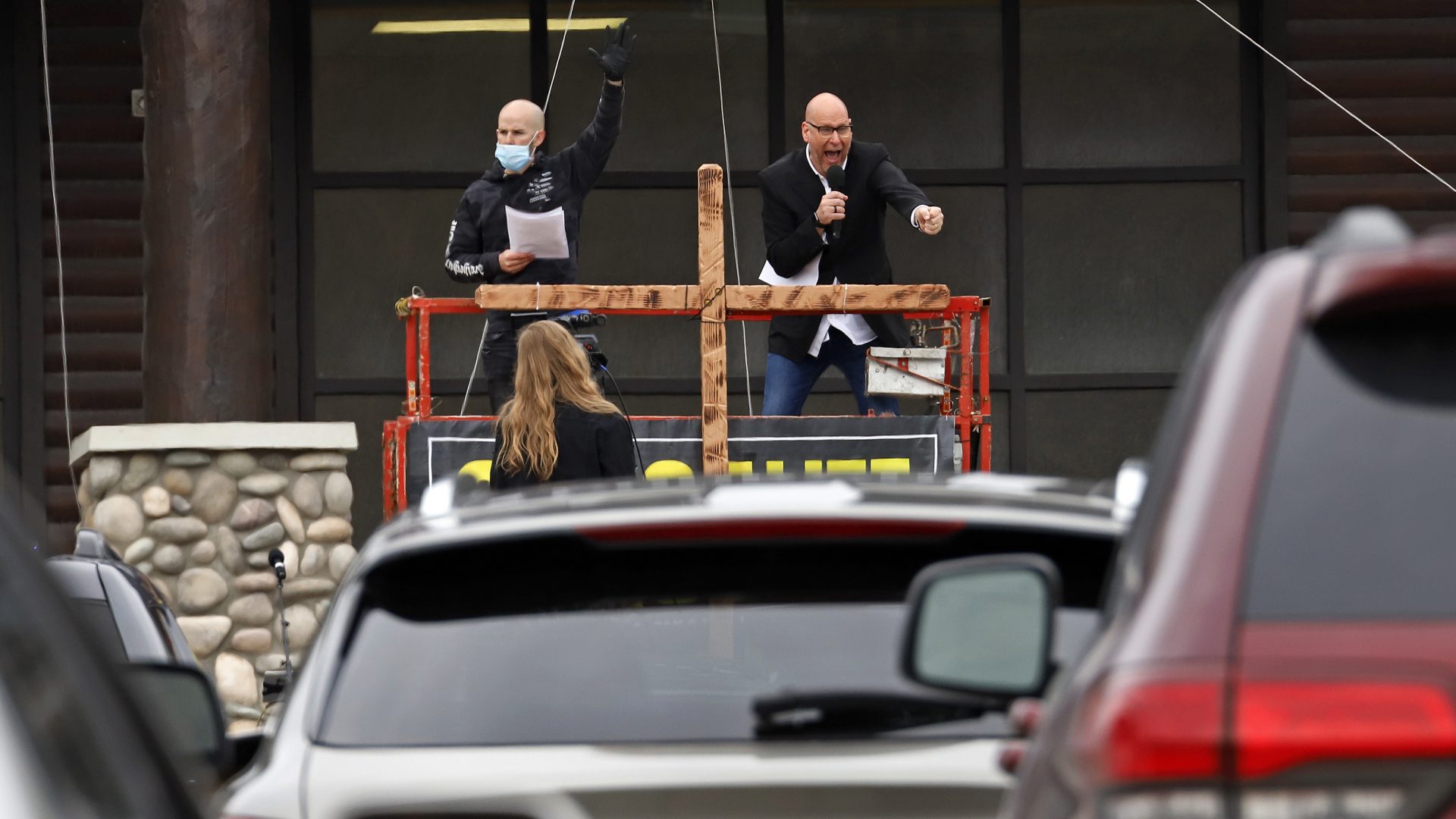 Roberts replied with a slap-down of his own. Quoting from Gorsuch’s acid dismissal of the dissenters’ views, the Chief Justice said he did not regard his dissenting colleagues with such venom: “They simply view the matter differently after careful study and reflecting their best efforts to fulfill their responsibility under the Constitution.”

As to Gorsuch’s concurrence, which, as Roberts put it, “takes aim at my [earlier] concurring opinion,” Gorsuch had engaged in such overkill that he spent “three pages” criticizing one sentence.

And “what did that sentence say?” asked Roberts. “Only that our Constitution principally entrusts the safety and health of the people to the politically accountable officials of the states to guard and protect.”

Those words, said Roberts, “should be uncontroversial, and the [Gorsuch] concurrence must reach beyond the words themselves to find the target it is looking for.”

That earlier opinion involved rules that were not as strict as the New York rules. The California church limited attendance to 100 people. In buildings with a capacity of 400 or fewer people, capacity was limited to 25%. In Nevada, churches were limited to 50 people.

On Nov. 12, the Roman Catholic Diocese of Brooklyn and Agudath Israel of America asked the court for temporary injunctions against the New York governor’s executive order.

The synagogues said Cuomo’s order “singled out a particular religion for blame and retribution” for the uptick in coronavirus cases.

The court granted the temporary injunctive relief until the United States Court of Appeals for the Second Circuit in December — and then the Supreme Court as appropriate — can more fully consider the merits of the case. But the majority said that challengers, as of now, have a good chance of prevailing if they get to the Supreme Court again.

It’s unclear how the case will proceed. New York’s Solicitor General Barbara D. Underwood recently informed the court that recent changes to the policies in question meant none of the diocese’s churches or the area’s synagogues would any longer be subject to the restrictions.

Cuomo described Wednesday’s decision as a political statement. In his daily coronavirus briefing Thursday, he said, “Look, I’m a former altar boy, Catholic, Catholic grammar school, Catholic high school, Jesuits at college. So I fully respect religion and if there’s a time in life when we need it, the time is now. But we want to make sure we keep people safe at the same time, and that’s the balance we’re trying to hit, especially in this holiday season.”

Brian Mann contributed to this report.

COVID-19religionscotusSupreme Court of the United States