President-elect Joe Biden speaks during a meeting at The Queen theater Monday, Nov. 23, 2020, in Wilmington, Del.

Pennsylvania's electors will meet in the state Capitol on Dec. 14.

(Harrisburg) —  Democrat Joe Biden was certified Tuesday as winner of the presidential election in Pennsylvania, culminating three weeks of vote counting and a string of failed legal challenges by President Donald Trump.

Democratic Gov. Tom Wolf first disclosed in a tweet that the Department of State had certified the vote count for president and vice president.

Wolf sent a “certificate of ascertainment” to the national archivist Washington with the slate of electors who support President-elect Biden and Vice President-elect Kamala Harris.

Pennsylvania’s 20 electors, a mix of elected Democrats, party activists and other staunch Biden backers, will meet in the state Capitol on Dec. 14. 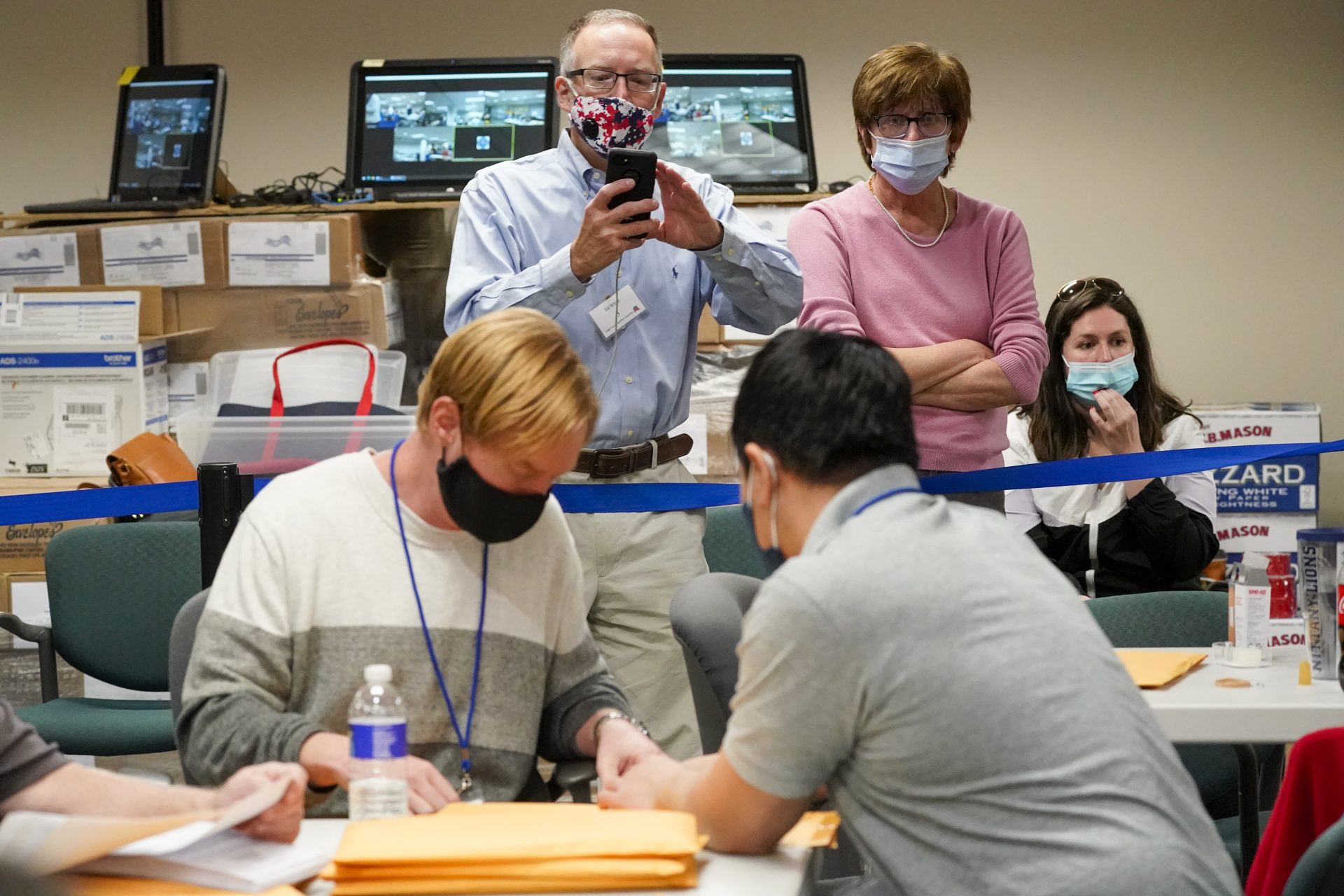 One of them, state Democratic Party chair Nancy Patton Mills, said she will also lead the Electoral College’s meeting in Harrisburg next month.

Patton Mills said she was gratified that Pennsylvania was “the state that made it possible” for Biden to win.

Biden’s win in the state, giving him its haul of 20 electoral votes, put him over the 270 needed and led The Associated Press to declare him the president-elect four days after Election Day. Biden has collected 306 overall electoral votes to Trump’s 232.

The Pennsylvania results show Biden and Harris with 3.46 million votes, Trump and Vice President Mike Pence with 3.38 million, and Libertarian Jo Jorgensen with 79,000.

Democratic Secretary of State Kathy Boockvar, in a news release, called the state’s election officials and poll workers “the true heroes of our democracy.”

“We are tremendously grateful to all 67 counties who have been working extremely long hours to ensure that every qualified voter’s vote is counted safely and securely,” Boockvar said.

Statewide certification usually happens after individual counties certify their results twice, allowing five days in between for challenges. Berks and Carbon counties will complete final certification Wednesday, but sent vote counts to the state Monday and don’t expect them to change.

Trump made Pennsylvania a centerpiece of his unsuccessful legal attempts to invalidate the election results, launching legal attacks on vote counting rules and county election procedures.

A federal judge on Saturday dealt a serious blow to the Trump campaign’s legal efforts by dismissing a lawsuit that he said lacked evidence and offered “strained legal arguments without merit and speculative accusations.”

Among the unresolved election cases is one the campaign joined after state Republican lawmakers petitioned the U.S. Supreme Court to invalidate mailed ballots received during the three days after the election.

Even if the court agrees to strike those ballots, just 10,000 were cast — not enough to make up Biden’s 80,000-vote victory margin in Pennsylvania.

The federal government on Monday recognized Biden as the “apparent winner” of the national presidential contest.

U.S. to continue executions through transition in break with precedent