Despite election losses, Democrats will have advantages in next year’s redistricting process

(Pittsburgh) — Although Democrats failed to flip the Pennsylvania legislature this year, divided government could give them more say than Republicans in the upcoming redistricting process. Democratic Gov. Tom Wolf will need to sign off on the state’s new congressional map, for example, and the mostly Democratic Pennsylvania Supreme Court could weigh in on the separate process for drawing state legislative lines.

Lawmakers devise new political districts every 10 years, once federal Census data becomes available. In 2011, Republicans controlled both the legislature and the governor’s office, so maps approved that year largely favored their party. In fact, they ended up with so many seats in the U.S. House that, in 2018, the state Supreme Court struck down the 2011 congressional map as an unconstitutional partisan gerrymander.

“The Republican Party did a phenomenal job in 2011 of locking in partisan advantage for the next decade,” said Carol Kuniholm, chair of Fair Districts PA. “No matter how the [statewide] vote share fell here in Pennsylvania, the Republican Party had locked in 13 out of 18 congressional seats … which is kind of unbelievable when you think about it – that it did not matter for any voter in Pennsylvania how they voted on those congressional districts.”

Fair Districts PA led a coalition that lobbied unsuccessfully to create an independent redistricting commission ahead of the 2021 map-making process.

Congressional districts, therefore, will again be established through the ordinary legislative process, meaning that Gov. Wolf will have the power to veto plans submitted by the GOP-controlled assembly.

“We have a governor as sort of a backstop,” state Senate Minority Leader Jay Costa, of Forest Hills, said of the upcoming redistricting process. “We didn’t have that last time. We had a Republican House, Republican Senate, Republican governor – they just jammed through things on the congressional [map]. Now, we have the governor, who’s there with us at the table. That tempers what Republicans can do.”

David Thornburgh, President and CEO of the election watchdog group the Committee of Seventy, noted that Pennsylvania is expected to lose one of its 18 U.S. House seats due to population decline.

“And that will occasion a free-for-all to try to figure out how to get from 18 to 17,” he said. “So there’s going to be a lot of tension” as politicians jockey for the advantage in future congressional races. Today, the seats are evenly split between Democrats and Republicans.

Republican state Sen. Jake Corman, who was recently chosen as Senate President Pro Tempore, said the parties will be on more or less equal footing in crafting congressional maps.

“It has to be negotiated amongst Republicans and Democrats, because there’s divided government in Harrisburg. So no one should be able to get a … leg up on the other,” the Centre County Republican said. 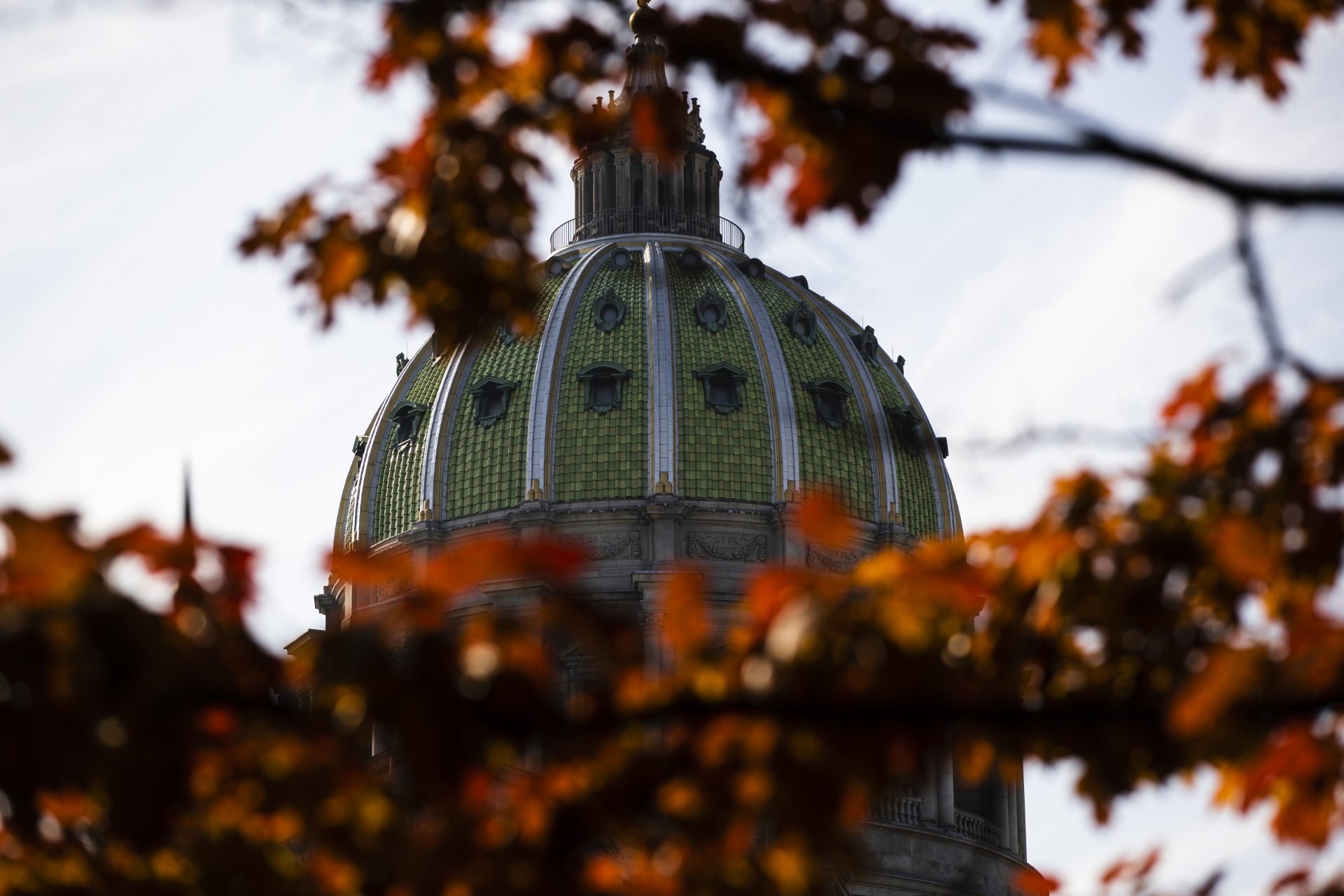 When it comes to designing state legislative maps, Kuniholm of Fair Districts PA expects Democrats to have an advantage. Unlike congressional districts, state House and Senate districts are drawn by a commission that includes two lawmakers from each party, and a chairperson chosen by those lawmakers – or, if they can’t agree, the state Supreme Court.

In today’s partisan environment, Kuniholm predicted that the court will need to step in.

“We know the state Supreme Court leans Democratic in makeup: That fifth person will be a Democrat,” she said.

Corman contended, however, that the justices would choose “a fair person” to serve as the potentially tie-breaking vote.

In the 2018 redistricting case, he said, “They accused the Republicans of gerrymandering the congressional seats. I assume that they wouldn’t support either one doing that, Republicans or Democrats.”

Republican campaign consultant Mark Harris had a gloomier assessment. He noted that in 2012, the state’s high court ordered the redistricting commission to scrap the legislative map it had approved in a 4-1 vote. Nearly a dozen groups or individuals, including Senate Democrats, had appealed to the court, and the justices faulted the map for unnecessarily splitting municipalities and wards, a common gerrymandering tactic that is banned by the state constitution.

In next year’s reapportionment process, Harris said Republicans expect the Supreme Court “to continue to act in an unconstitutional manner. … All they care about is making their Democratic masters happy.”

Amid such concerns, the Committee of Seventy’s Thornburgh said it’s important to adopt more transparent procedures and encourage public participation in the map-making process. He noted that since 2018, some 10,000 people have participated in map-drawing contests run by the nonprofit Draw the Lines PA.

“That demonstrates that regular folks all across Pennsylvania are knowledgeable about the legislative and congressional lines and want to be part of the process,” Thornburgh said. “I actually hope we could make it through the map-drawing process this time around with little or no involvement by the court, because that means that it’s been a more participatory, more compromise- and consensus-driven process.”

Proposals in the state House and Senate seek to advance such aims by requiring legislators to hold public hearings, publicize proposed maps and the underlying data, and establish strict criteria for line-drawing. For example, the bills would bar lawmakers from splitting voting precincts in an attempt to dilute the voting power of some groups, or to confine them to fewer districts.

Such rules could help Republicans in a year when Democrats enjoy an overall advantage in the map-making process. But although the Senate bill advanced out of committee following a bipartisan vote in September, the GOP has shown little interest in making it law, according to Kuniholm, who supports the proposal.

“It is very puzzling that the Republicans don’t see that it would benefit themselves to put better rules in place before 2021,” she said. “They obviously are not listening or don’t understand this process or have some kind of magical thinking that it will somehow go their way when the Democrats draw the map. I’m baffled, to be quite honest.”

Kuniholm expects the bill to be reintroduced after the legislature’s next session begins in January. But Corman did not take a position on the bill, saying he will need to review the reintroduced legislation. Regardless, he said, the reapportionment commission and legislative committees would be sure to hold public hearings on the maps.

In the meantime, Kuniholm said, “There are Democratic leaders who have supported changing the rules in the past who now kind of chuckle and say, ‘[Republicans] are not going to do it.’ So they’re quite happy because they can blame the Republicans for not passing reform, and at the same time, they can gerrymander the Republicans off the map.”

But Kuniholm noted, Republicans are angling to get the last laugh.

They have proposed a constitutional amendment that would have voters choose appellate court judges, including state Supreme Court justices, by district rather than statewide. The legislation seeks to end the dominance of Allegheny and Philadelphia County jurists on the bench by requiring each judge to come from a different geographic district. It passed both chambers of the legislature this year, mostly along party lines, though it must make it through again in the 2021-22 legislative session before voters decide whether to add it to the state’s constitution.

Considering that the state’s two population centers are Democratic strongholds, a shift to judicial districts would likely boost the number of Republicans on the courts. Kuniholm said the GOP views that prospect as helping them to regain control of the political redistricting process.

“So it’s a long-game attempt to continue to hold control of our elections and our court, which is really tragic,” she said.

Biden supporters in Pennsylvania look ahead to a 'traditional presidency'