To date, 23 prisoners have died from COVID-19 in nine correctional facilities.

(Philadelphia) — Every afternoon, state Secretary of Corrections John Wetzel gets a map in his inbox that shows the spread of COVID-19 in Pennsylvania over the last seven days.

During the spring surge in April, the maps showed large clusters of positive cases in the four corners of the state, affecting just a handful of prisons that are part of the state system.

During the current fall surge, the maps have illustrated a more troubling scenario: The highly contagious virus is everywhere.

“Every one of our facilities is in a high- or medium-growth county right now,” said Wetzel.

The dramatic change means there are now positive coronavirus cases in 22 of the state’s 24 correctional institutions, putting advocates — and families with loved ones on the inside — on edge.

As of Friday, there were 824 active cases. Six days earlier, the total was about half that figure.

To date, 23 prisoners have died from COVID-19 in nine correctional facilities. Twelve have died since October.

“We’re in a very dark period, and it’s not going to get light for several months,” said Claire Shubick-Richards, executive director of the Pennsylvania Prison Society. 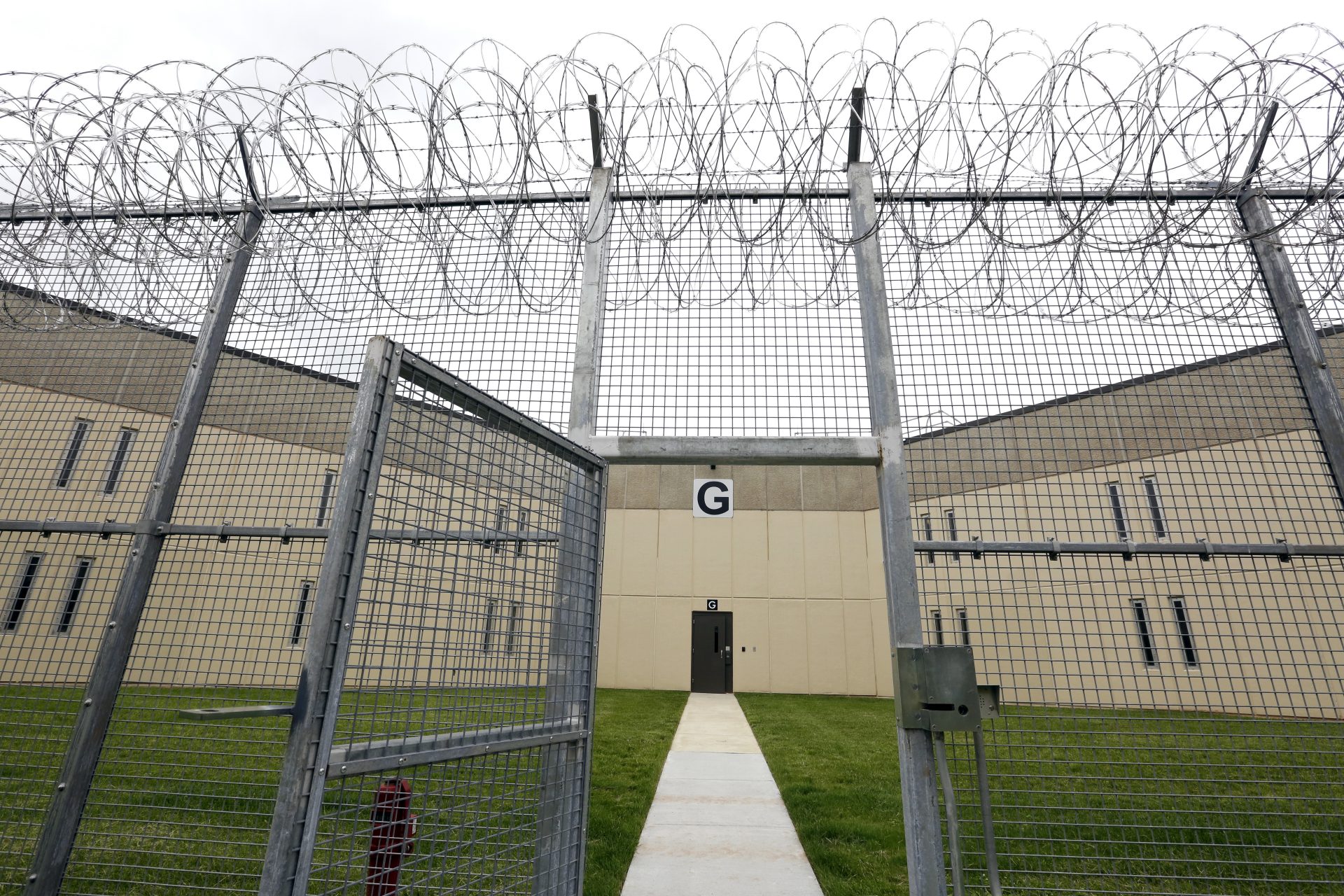 Block G is toured in the West section of the State Correctional Institution at Phoenix Friday June 1, 2018 in Collegeville, Pa.

SCI Laurel Highlands, a minimum-security prison in western Pennsylvania that houses geriatric and medically infirm prisoners, has 344 COVID infections — the highest total in the system.

Wendell, who was released from the prison in June, is not surprised by the outbreak. The men at the facility live in dormitory-style cells, making social distancing impossible, he said.

“You’re kind of packed in there like sardines,” said Wendell, 40, who served time for drunken driving. WHYY News agreed to withhold his last name due to fears of retribution while he’s on parole.

Wendell had six cellmates while he was locked up at Laurel Highlands. Others had eight.

“I remember saying if this virus gets inside of here, it’s gonna be a problem. It’s gonna be an extreme problem,” he said. “With God’s blessings, I was able to get out in June.”

Staffing has also taken a hit during fall’s COVID-19 surge.

The last month has been particularly challenging. Wetzel said the prison system’s workforce has dropped by about 10% during that time.

As of Thursday, 1,783 SCI employees were out for a variety of reasons. Roughly 3% of staff is currently infected with COVID-19, according to the department.

“This is much more complicated — this one,” Wetzel said of the current surge.

In late March, a day after the department reported its first positive coronavirus case, Wetzel proactively implemented a system-wide quarantine to limit the spread of the virus behind bars. Prisoners ate meals in their cells, but were allowed out for 45 minutes each day to shower, make phone calls or use the law library.

The restrictions were lifted in May. Wetzel doesn’t expect to have another system-wide lockdown. He doesn’t think it’s necessary at this point in the pandemic.

“If we start having multiple symptomatic cases at a facility that hasn’t had them, we may lock down for 48 or 72 hours to do a full cleaning of the facility, but that’s it,” he said.

When there’s a positive case at a prison, that person — and anyone the prisoner came in contact with — is placed in so-called enhanced quarantine, meaning only one cell is allowed out at a time, and only for between 45 minutes and an hour a day.

The Corrections Department has also recently started testing sewage at each facility using an antigen test designed to detect virus levels in wastewater. COVID-19 can be shed in the feces of infected individuals who are symptomatic or asymptomatic.

Staffers who test positive will be out for at least two weeks and must be asymptomatic before they can return to work.

“It’s a handful,” said Wetzel. “The reality of COVID is that it’s an outside-in threat and so whatever happens in the community eventually is going to happen to us. Our hope and our framing is to delay it as long as possible.”

Richard Marra, 57, is serving a life sentence for first-degree murder at SCI Chester. He was convicted of fatally shooting Michael Ragno during a fight at a Philadelphia nightclub in January 1986.

The Delaware County facility has 24 active cases within the incarcerated population and 86 among staff. Despite the rise in infections, Marra praised the administration’s response, adding that he’s more worried about his family on the outside than what may happen to him on the inside.

“We can’t de-stress by working out or going for a run. We can’t talk to that friend who always got us through a tough spot. But we learn to adapt. We have to,” Marra said in an email. 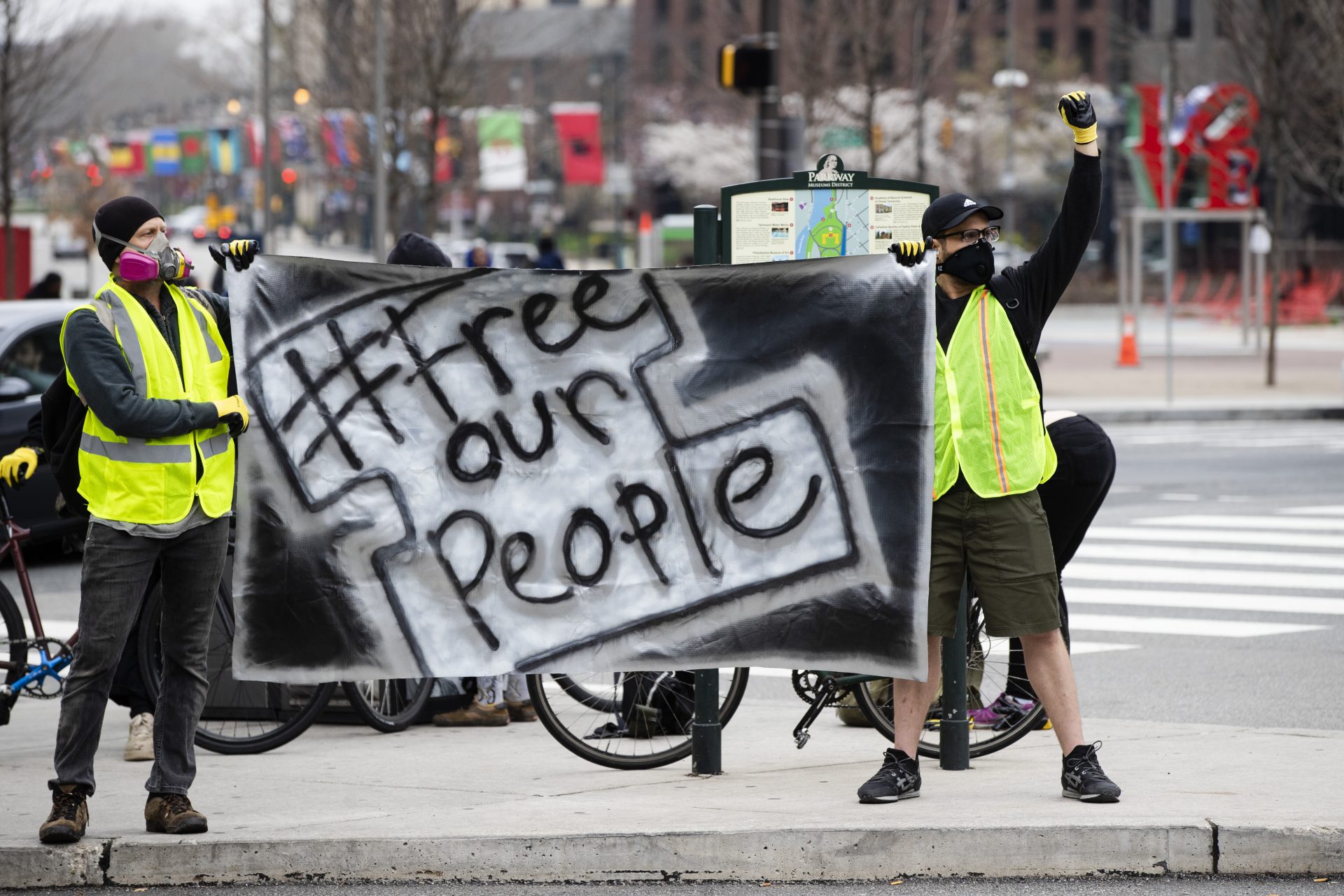 The situation in Philadelphia’s jails

In Philadelphia, where officials are now reporting several hundred new positive cases each day,   the full impact of the fall surge on the city’s jail system is less clear.

As of Wednesday morning, the city reported 41 positive cases of COVID-19 among the incarcerated population. The majority of the cases are asymptomatic.

The city did not report in which of its four jails the positive cases were discovered. It also has not reported how many prison staffers are currently infected with COVID-19 or have been infected since the start of the pandemic. For privacy reasons, the city does not release those figures separately. They are folded into the city’s total number of positive cases.

The system is currently in the yellow phase of its reopening plan, which affords groups of 25 to 40 prisoners up to three hours a day out of their cells depending on the facility. Some people eat their meals in their cells, but can go outside or use the law library when their cohort is permitted to leave.

“We are not in lockdown,” Commissioner Blanche Carney said in an interview.

She said she’s approaching the fall COVID-19 surge the same way she’s approached the pandemic since its start: one day at a time.

There are in-person medical screenings at all entry points, and all newly admitted prisoners are tested and isolated if they test positive for the coronavirus. The quarantine period was five days initially. It is now 14.

“Sometimes, there’s this impression that we’re not doing enough,” said Carney. “We’re doing all we can to keep people safe — staff, inmates, any legal visitor that would come to the Philadelphia Prison Systems.”

“This is unprecedented and I believe we are responding appropriately,” she added.

Recent court documents, part of an ongoing federal lawsuit filed against the Philadelphia Department of Prisons over its handling of the pandemic, paint a different picture. Prisoners who submitted affidavits in late September reported that housing units and phones are not cleaned regularly, and that there’s limited access to soap and face masks. They also said there are days when they don’t get time out of their cells.

“Every time we are let out of our cells, we have to sign a paper. But on many occasions, the [correctional officers] forge our signatures to make it look like everybody is getting out of their cells,” wrote Issac Evans, who is in the Philadelphia Industrial Correctional Facility.

In the latest joint status report on the case, the American Civil Liberties Union, which filed the lawsuit in April, requested that the judge focus on “enhanced and expanded” testing for prisoners and staff and the “defendants’ failure to produce requested videotapes to demonstrate compliance with mask wearing requirements.”