1,000 U.S. hospitals are ‘critically’ short on staff — and more expect to be soon

More than 1,000 hospitals across the United States are “critically” short on staff, according to numbers released this week by the Department of Health and Human Services.

Those hospitals, which span all 50 states, Washington, D.C. and Puerto Rico, represent about 18% of all hospitals that report their staffing status to HHS. And that number is expected to grow: 21% of all hospitals reporting say they anticipate having critical staffing shortages in the next week.

The worst-hit state is North Dakota with 51% of hospitals that reported saying they’re facing shortages; seven states say over 30% of their hospitals are in trouble.

This is the first time the federal agency has released this data, which includes limited reports going back to summer. The federal government consistently started collecting this data in July. After months of steadily trending upward, the number of hospitals reporting shortages crossed 1,000 this month and has stayed above since. 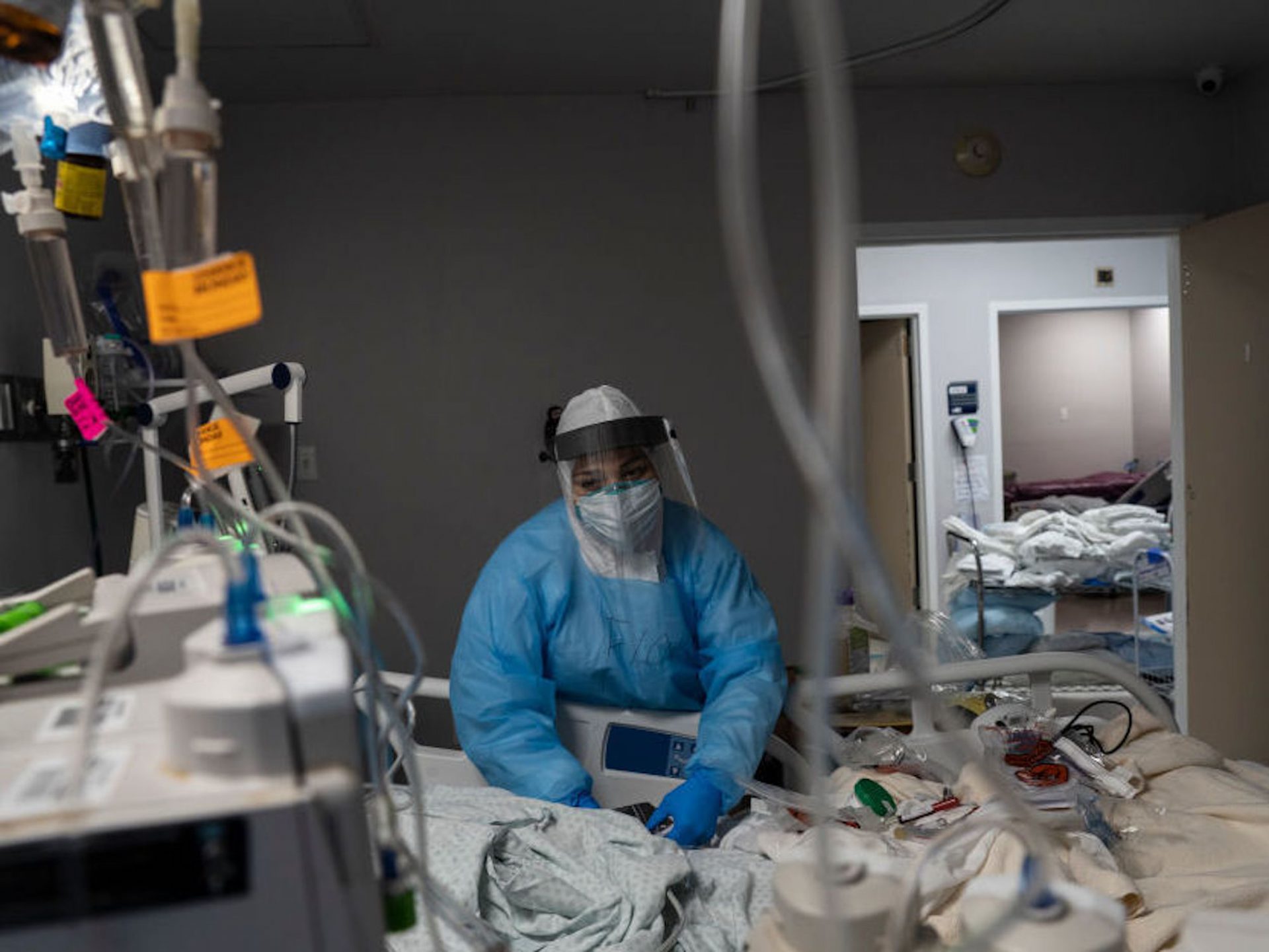 The data, however, are still incomplete. Not all hospitals that report daily status COVID-19 updates to HHS are reporting their staffing situations, so it’s impossible to tell for sure how much these numbers have increased.

While the data is a welcome addition to the arsenal of information that public health officials have to fight COVID-19, it highlights the shortcomings of what the federal government has made available to the public. Though the government has precise daily figures for COVID-19 hospitalizations at thousands of the country’s hospitals, it shares only a small subset of this information to people outside government.

Pinar Karaca-Mandic, a professor at the University of Minnesota who leads a project that collects COVID-19 hospital data, calls the new information release a “very positive data development and effort.”

“That offers a possibility to plan ahead, especially the anticipated staffing shortages,” she says. There is still a lot of hospitalization data that the federal government does not make public that could further inform researchers and the public, she says, including the ages and race of those hospitalized.

Looking ahead toward the next week, additional hospitals report expecting staffing shortages in 40 states, as well as Puerto Rico. Nebraska, Virginia and Missouri top the list in places that are expected to have the biggest upticks.

The shortages brought on by a resurgence of the COVID-19 pandemic have already forced hospitals to take unusual measures to continue treating patients. In North Dakota, nurses were told they could continue working even if they had contracted the virus, as long as they did not show symptoms.

Side Effects Public Media reported this week that a Kansas City, Kansas hospital system was fielding calls from hospitals as far away as Arkansas, Colorado and Iowa looking to transfer very sick patients they didn’t have capacity to care for.

“I think capacity, in terms of staffing, is probably the biggest challenge that hospitals are facing right now,” Nasia Safdar, the medical director of infection control at University of Wisconsin’s hospital and clinics, told PBS Wisconsin.

“As we’re seeing rates of infections rise in the community, we’re seeing infections in our employees as well,” she said. “While it’s relatively easy to have a new bed come from somewhere, you really can’t bring in a fully trained health care worker without a lot of challenges.”

In Missouri, Dave Dillion, a spokesperson for the state hospital association, says the fear is that if the surge continues, hospitals will have to begin operating with crisis standards of care, guidelines for prioritizing care when resources run short.

“If this was a regional or a local crisis like we saw early on in New York, nurses would be volunteering to go run to the emergency,” he says. “That isn’t available anymore because this is everywhere.”

Two state hospital associations — Missouri’s and Texas’ — told NPR they were not aware of any federal government support to their hospitals to help with staffing shortages. “If that’s happening, it hasn’t crossed our desks yet,” says Carrie Kroll of the Texas Hospital Association.

An HHS spokeswoman said in a statement to NPR that the agency investigates every case of staff shortages and reaches out to state or hospital personnel to coordinate assistance.

The data is collected in most cases directly from hospitals to a new federal platform, set up suddenly in July by the Department of Health and Human Services with a relatively unknown contractor called Teletracking. The move stripped CDC of the responsibility to collect and analyze this data, and prompted a huge outcry. The new system, called HHS Protect, has been marred by inaccuracies and limited transparency.

An HHS spokesperson says the agency continues to add information to healthdata.gov and that it “takes the responsibility to make data open to the American people seriously.”

Small turkeys are in demand as Americans downsize at Thanksgiving