Acting Director of United States Citizenship and Immigration Services Ken Cuccinelli, speaks during a briefing at the White House, Monday, Aug. 12, 2019, in Washington.

Lawyers: Asylum seekers whose claims were rejected under illegal rules should get another chance

"They all are subject to orders of removal obtained under illegal policies.” 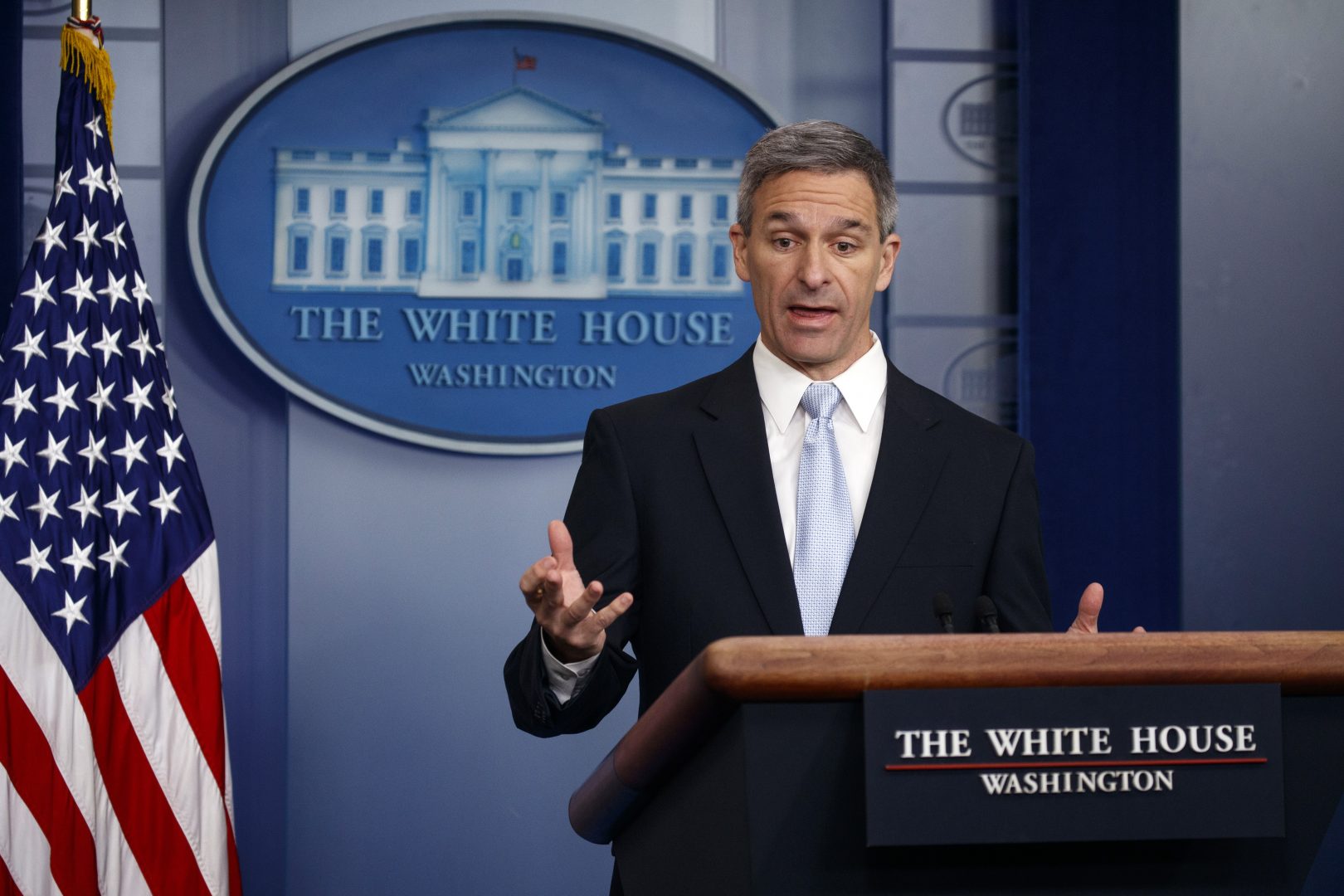 Acting Director of United States Citizenship and Immigration Services Ken Cuccinelli, speaks during a briefing at the White House, Monday, Aug. 12, 2019, in Washington.

Note: This story was updated to include the letter from two U.S. Senators urging the release of the families, court decisions issued after publication, and a statement from ICE.

(Leesport) — Lawyers representing families detained at the Berks County Residential Center say Immigrations and Customs Enforcement may deport two families as soon as this weekend. They argue those families and 21 other families detained in Dilley, Texas, never received a fair chance to state their case for asylum because their cases were decided under policies that courts later struck down.

The cases underline the shifting terrain of asylum policy in recent years, with the federal government rolling out new rules, and advocates going to court to try to stop them.

Advocates with pro-bono legal organizations in Pennsylvania and Texas held an online press conference Wednesday to bring attention to what they say is the imminent deportation of the families. The group includes 28 children, who have been “punished and subjected to indefinite detention,” said Bridget Cambria, an attorney with the Reading-based non-profit ALDEA.

That ban, which the Trump Administration began in July 2019, requires people who travel through other countries on the way to seek asylum in the United States to first request it in one of those other countries. A year later, two federal courts struck it down. A judge in the U.S. District Court for the District of Columbia said the rule should have gone through public comment first. The U.S. Court of Appeals for the Ninth Circuit in San Francisco ruled that the administration was doing “virtually nothing to ensure that a third country is a safe option.” 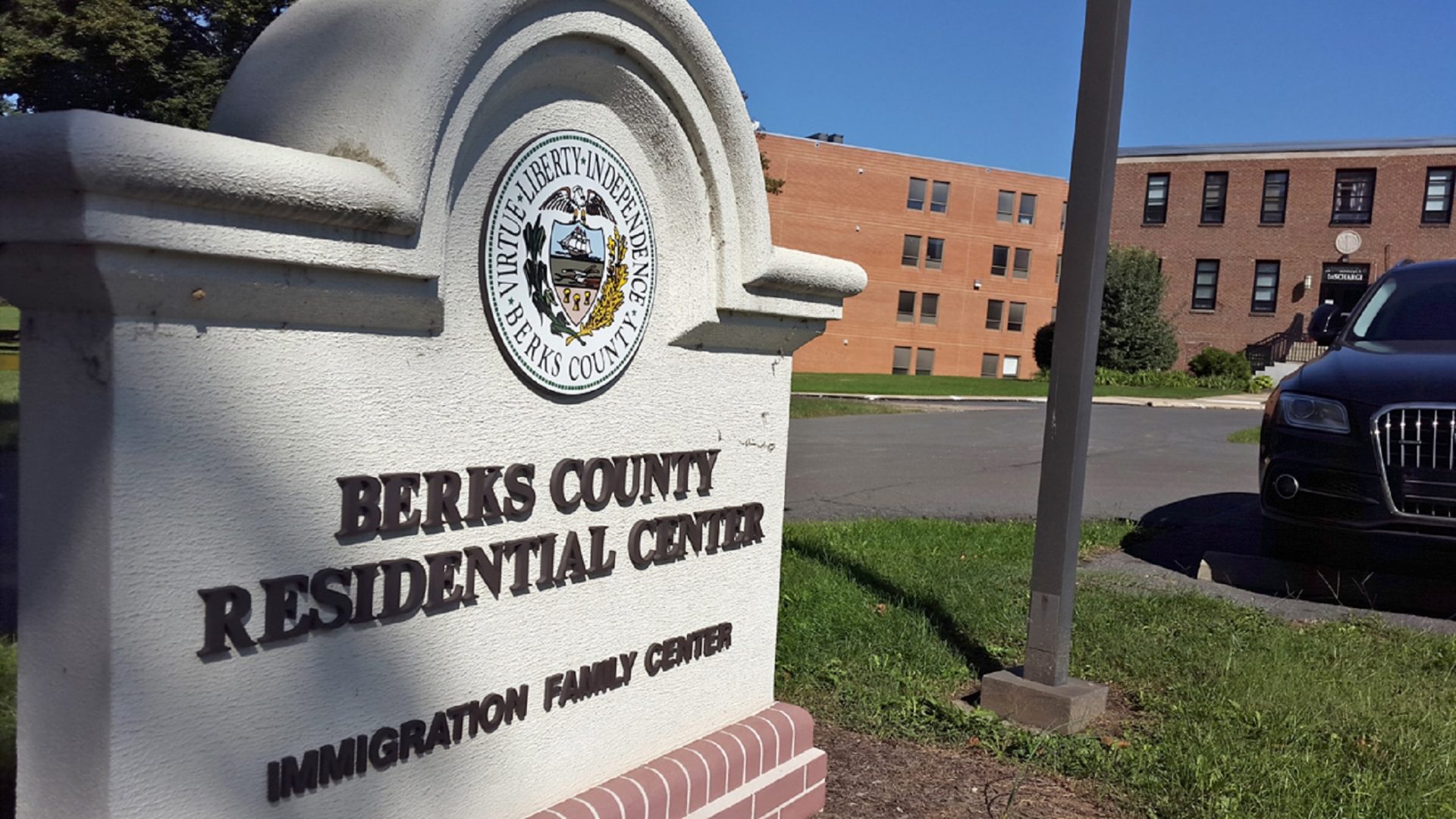 Other rules may also have affected the outcomes of these families’ cases before a judge ruled them unlawful, the attorneys said.

Asylum seekers had to take questions from Customs and Border Protection officers instead of specialized asylum officers to establish that they had “credible fear” of returning to their countries – the first step to applying for asylum. They had to provide more evidence than in the past, due to changes to the so-called “Lesson Plan” dictating what it takes to pass that early stage. And they had less time to consult with a lawyer before the interview. Courts have tossed out each of those changes.

In the case involving how much time asylum seekers had to consult with a lawyer, a court decided Ken Cuccinelli’s appointment to head U.S. Citizenship and Immigration Services had been illegal. A D.C. federal judge struck down Cuccinelli’s rule change and reversed the deportation orders of migrants involved in that case, but not those of others who were interviewed under the policy.

Lawyers for the 23 families argue that since the “Safe Third Country” ban and procedures associated with it were struck down, people should not be deported if their claims were denied under that rule.

“That has a major stain. The ramifications on their credible fear results are huge,” Nicole Phillips, legal director for an organization called Haitian Bridge Alliance, said.

ALDEA and Proyecto Dilley asked U.S. District Judge for Northern California Jon Tigar for relief from deportation for the 23 families, which he denied, writing, “the court takes no pleasure in this holding.”

Federal courts don’t have jurisdiction to review such deportation orders, according to a Supreme Court ruling that came in June.

Another ruling, in April, echoed Tigar’s language. U.S. District Judge Amy Berman Jackson decided she did not have jurisdiction in a lawsuit challenging the process by which agents were screening asylum seekers under the ban – including the amount of time they had to consult with a lawyer. She wrote that “Congress has been too parsimonious with judicial review in an area where individual lives and liberty are at stake.”

Congress could give courts more room to review such deportation orders by changing the Illegal Immigration Reform and Immigrant Responsibility Act of 1996.  That likely won’t happen anytime soon.

The lawyers are waiting for an appeal in the Northern California case, in which the government agreed to wait until Nov. 21 to deport the 23 families. They say ICE also has the power to take back the deportation orders and the asylum office to reconsider the cases.

The two families in Berks County Residential Center include a 2-year-old and a 3-year-old child and have been there for 253 days, according to the lawyers. Both families are from Haiti.

Phillips said lawyers told her the parents fled Haiti because of attacks related to human rights activism, and eventually wound up in Chile. She and the lawyers say they deserve another chance to request asylum in the U.S.

“The question is, you know, why would they have to flee the country for this? The answer is that the judicial system in Haiti is so weak and unstable that rarely is there any kind of accountability, investigation by the police, or prosecution by prosecutors, of crimes like this,” Phillips said. She has practiced law in Haiti and written about the country’s justice system.

During the coronavirus pandemic, the government has used broader authority to “expel” asylum seekers at the border. This policy is behind many of the deportation flights an organization called Witness at the Border has been tracking. It noted 12 flights to Haiti in October, up from two or three per month throughout the rest of 2020.

If the two families are deported from Berks, that will leave two others whom ALDEA attorneys know are in the center, though they say there could be more recent arrivals who are in quarantine. According to ICE records, the average length of stay there is 53 days.

Over the weekend, activists with the Shut Down Berks Coalition urged supporters to call Democratic members of Congress representing Pennsylvania. U.S. Sen. Bob Casey, Jr. and Sen. Cory Booker of New Jersey publicized a letter to DHS with quotes attributed to seven children in detention in Dilley. They called on the executive branch to give the families new opportunities to go before an immigration court and to release them while they await a decision.

The Ninth Circuit Court of Appeals, meanwhile, denied two motions to halt the deportations in orders filed Friday and Saturday. Jackie Kline, a lawyer with ALDEA who is also representing the families in Berks County, said all were still in detention as of Monday morning.

USCIS has not responded to requests for comment. Asked whether ICE planned to rescind any of the families’ removal orders, a spokesperson for the agency wrote that ICE would not comment on the ongoing case in the Ninth Circuit or the senators’ letter and that “U.S. Immigration and Customs Enforcement (ICE) continues to safely conduct the release, transfer, and removal of families housed at the Berks Family Residential Center (BFRC), as appropriate and in conformity with the law.”

There are currently 20 people detained in the facility, according to ICE.