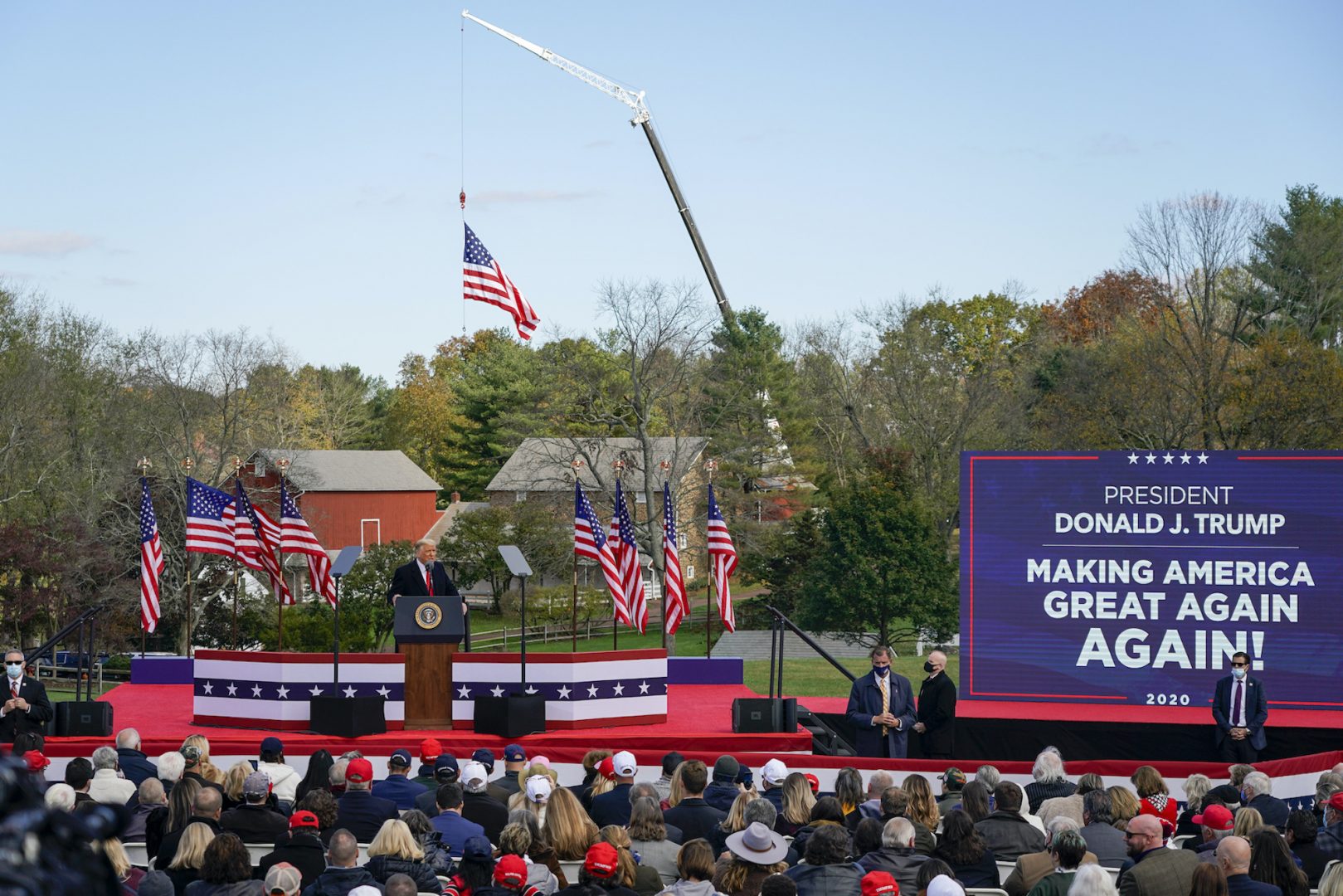 (Philadelphia) — A Bucks County judge has thrown out an appeal from President Donald Trump’s campaign, rejecting its bid to get 2,117 absentee ballots invalidated on technicalities.

In his decision, released late Thursday afternoon, Judge Robert Baldi wrote that most of the contested ballots contained “minor irregularities,” and that tossing them out is “not necessary to prevent fraud, and there would be no other significant interest undermined by allowing these ballots to be counted.”

The suit was similar to many that the Trump campaign has filed around the country to contest ballots for various reasons. It was in the Bucks County Court of Common Pleas on appeal, after a lower court also ruled against Trump.

The campaign’s questions about ballot validity had nothing to do with fraud.

In fact, in his order, Baldi took pains to point out that the parties in the case “specifically stipulated” that “there exists no evidence of any fraud, misconduct, or any impropriety with respect to the challenged ballots.”

Instead, the issues were things like missing dates, misplaced or missing signatures, and envelope irregularities.

When Bucks County’s Board of Elections reviewed the mail ballots that had been cast, they flagged 3,095 as having potential issues. Of those, they threw out 918 for having missing signatures or privacy envelopes — defects that are, legally, considered to be more serious.

They allowed the remaining 2,177. Those had less serious violations of election guidelines, like missing or partial dates and addresses, mismatched addresses and unsealed privacy envelopes.

In all of those cases, the judge decided the errors were not justification for tossing out ballots cast in good faith.

On the topic of unsealed envelopes, for instance, he wrote that “if the glue on the envelope failed that would be the responsibility of the government…it would be an injustice to disenfranchise these voters.”

“These voters filled out their ballots themselves, and submitted them on time,” he said. “There was no reason to disenfranchise these voters based on trivialities.”

A similar case in Allegheny County that was also decided on Thursday, however, went the opposite way.

That case was in commonwealth court and at issue were 2,349 mail ballots. A lower court had already rejected the case.

But Judge P. Kevin Brobson, who wrote the order, said that county election workers could have provided voters with an opportunity to fix flawed ballots, but should not have counted them as a matter of course.

“It is a myth that all ballots must be counted in the absence of proof of fraud,” he argued. “Ballots, under the law, may be set aside for ‘fraud or error’ … While there may not be an allegation of fraud in this matter, there was clear error.”

The county can still appeal the case to the Pennsylvania Supreme Court, although regardless of the outcome, the ballots at issue won’t be enough to swing Pennsylvania, or even put it within the 0.5% margin that would allow for a recount.

Biden won Allegheny County by 146,741 votes. And with a few ballots still being counted, he has won Pennsylvania by more than 80,000 votes.

Also on Thursday, the Trump campaign withdrew a third attempt to invalidate ballots on technicalities. This one was in Montgomery County and concerned 592 ballots.

The campaign still has Pennsylvania-related lawsuits pending on the federal level — most significantly, a longshot federal court case aimed at barring the commonwealth from certifying its election results.