In this Friday, Nov. 22, 2019 file photo, Kentucky's Tyrese Maxey, left, shoots near Mount St. Mary's Malik Jefferson during the first half of an NCAA college basketball game in Lexington, Ky. The Philadelphia 76ers selected Kentucky guard Tyrese Maxey with the 21st pick of the NBA draft, Wednesday, Nov. 18, 2020, the first selection under the new regime led by president Daryl Morey.

(Philadelphia) — The first draft night for the Philadelphia 76ers under new president Daryl Morey led to a major shakeup for an organization chasing its first NBA title since 1983.

Morey undid last summer’s major moves when he traded Al Horford to Oklahoma City and Josh Richardson to the Dallas Mavericks, shedding salary and beefing up the Sixers’ shooting.

Rivers had quite the scouting report on the Dallas trade. The Sixers, who also sent the 36th pick of the draft to the Mavericks, acquired guard Seth Curry — Rivers’ son-in-law.

Family counts for something, yes. But no doubt the Sixers were as intrigued by Curry’s 44% career 3-point-shooting, a necessity for a team that struggled all season from long range. 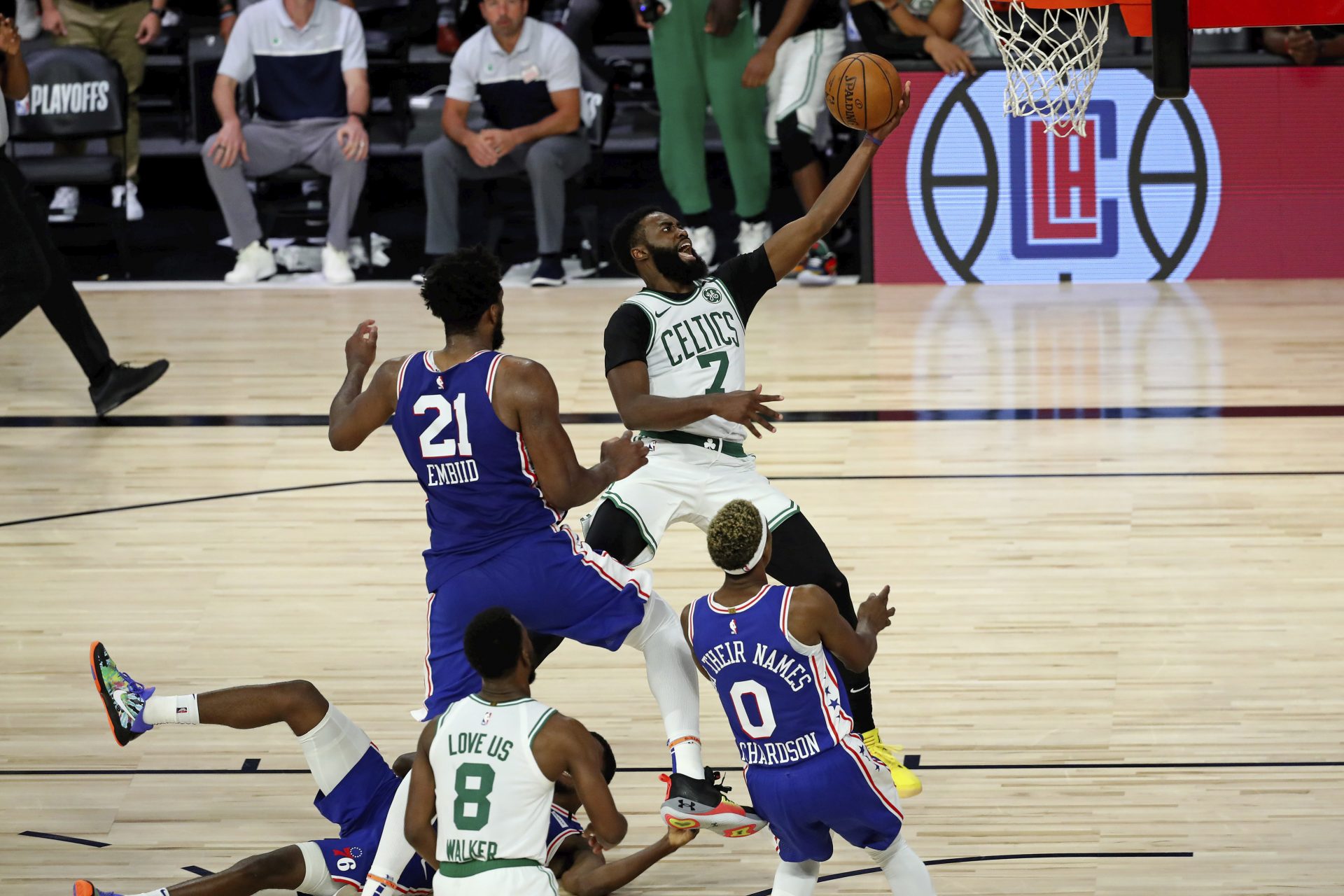 The Sixers also sent Horford and a protected future first-round pick to Oklahoma City in the trade with the Thunder.

The 76ers hope to build around All-Stars Joel Embiid and Ben Simmons and took a big step on Wednesday by surrounding them with shooters and increasing their cap flexibility to perhaps set the stage for another deal in a shortened offseason.

“When Joel and Ben have had that, it’s actually insane how good those lineups and how good those teams played,” Morey said. “That was the theme for tonight. Getting Seth, you can argue he’s the best shooter in the NBA.”

Morey said Simmons and Embiid “are going to be here for a long time.”

The draft almost became an afterthought for a franchise expected to contend in the Eastern Conference this year only to get swept in the first round by the Boston Celtics. That led to coach Brett Brown’s exit and a restructuring of the front office that ushered in Morey after a successful stint building the Houston Rockets into one of the top teams in the West.

Maxey might have had an inkling he was headed to Philadelphia.

“Fall in love with the process,” he posted on Instagram hours before the draft.

The 76ers know all about the Process.

Philadelphia is set to learn about Maxey.

Maxey, who burst into tears when he was selected, averaged 19 points for Kentucky last season and shot 43% from the field. He extended Kentucky’s streak of 11 straight drafts with a first-round pick. Maxey was the 30th first-round pick under coach John Calipari.

He got an instant stamp of approval from Los Angeles Lakers star LeBron James. 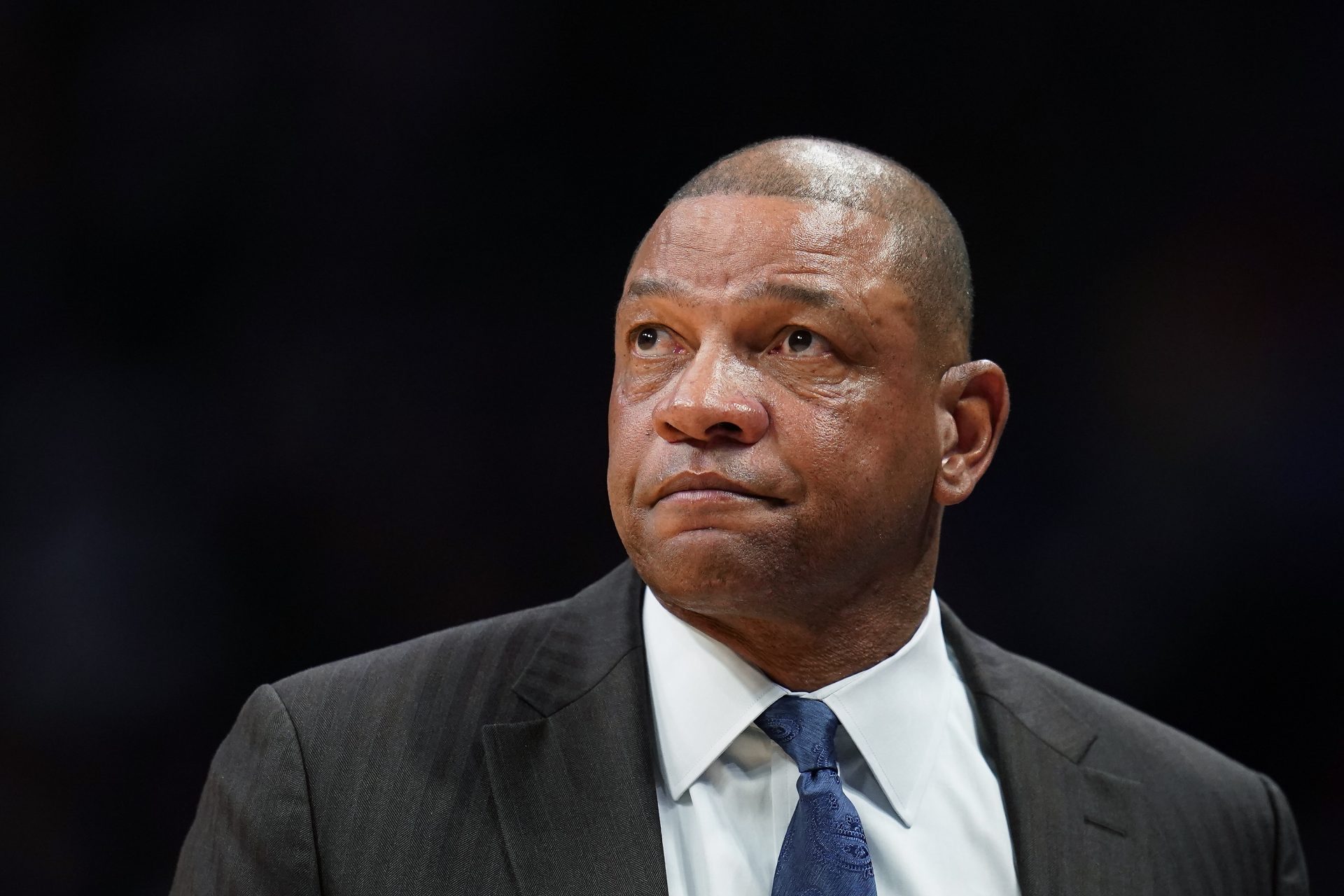 FILE – In this Jan. 12, 2020, file photo, Los Angeles Clippers coach Doc Rivers watches during the second quarter of the team’s NBA basketball game against the Denver Nuggets in Denver. The Philadelphia 76ers have reached an agreement with Rivers to become their new coach. Rivers reached a deal Thursday to become the latest coach to try to lead the Sixers to their first NBA championship since 1983, a person with direct knowledge of the negotiations told The Associated Press. The person spoke to the AP on Thursday on condition of anonymity because the Sixers had not formally announced the move. (AP Photo/Jack Dempsey, File)

“CONGRATS Lil bro!! Proud of you kid. The work continues! Philly got a good one for sure!” James tweeted.

Philadelphia will receive Danny Green and Terrance Ferguson from the Thunder.

The Sixers sent a 2025 first-round pick, protected 1-6 overall, to Oklahoma City. They also shipped the 34th pick in Wednesday’s draft and the rights to European point guard Vasilije Micic to the Thunder.

The 76ers traded Horford more than a year after he was considered a ballyhooed free-agent signing away from rival Boston. Horford didn’t have the expected impact in the first season of a four-year contract worth $97 million and lost his starting spot late in the season. The Thunder are on the hook for Horford’s $27.5 million salary this season.

Horford averaged 11.9 points, 6.8 rebounds and 4.0 assists in his lone season with the Sixers. He never fit in playing up front alongside Embiid in a season that cost Brown his job.

Sixers general manager Elton Brand called the shots last summer but — while he kept his title and earned a contract extension — ceded the final call in the draft room to Morey.

“I listened a lot when I got here,” Morey said. “But it was pretty universal we needed to add these elements to the team.”

These were the first major moves of the new era led by Morey and Rivers, and Philadelphia dumped millions in salary that appeared to hinder the Sixers from making any other big moves.

“Doc is extremely comfortable, as am I, with what we have,” Morey said. “We feel very good with where we’re at.”

Horford didn’t appear to fit in with the franchise moving forward under Rivers. The Sixers get major cap flexibility by taking Green with just $15 million and one season left on his deal.