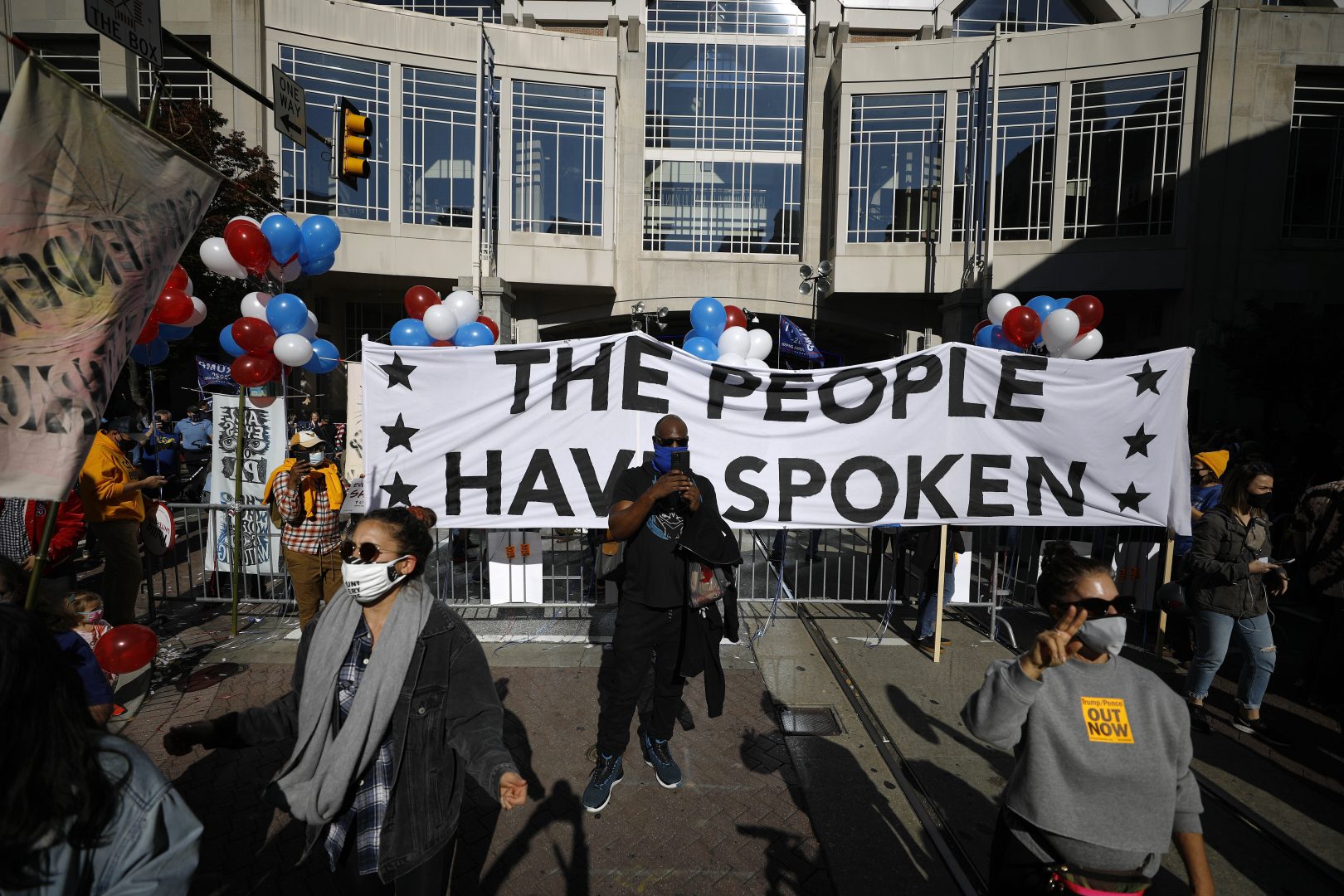 (Harrisburg) — President Donald Trump’s campaign is withdrawing a central part of its lawsuit seeking to stop the certification of the election results in Pennsylvania, where Democrat Joe Biden beat Trump to capture the state and help win the White House.

Ahead of a Tuesday hearing in the case, Trump’s campaign dropped the allegation that hundreds of thousands of mail-in and absentee ballots — 682,479, to be precise — were illegally processed without its representatives watching.

The campaign’s slimmed-down lawsuit, filed in federal court on Sunday, maintains the aim of blocking Pennsylvania from certifying a victory for Biden in the state, and it maintains its claim that Democratic voters were treated more favorably than Republican voters. 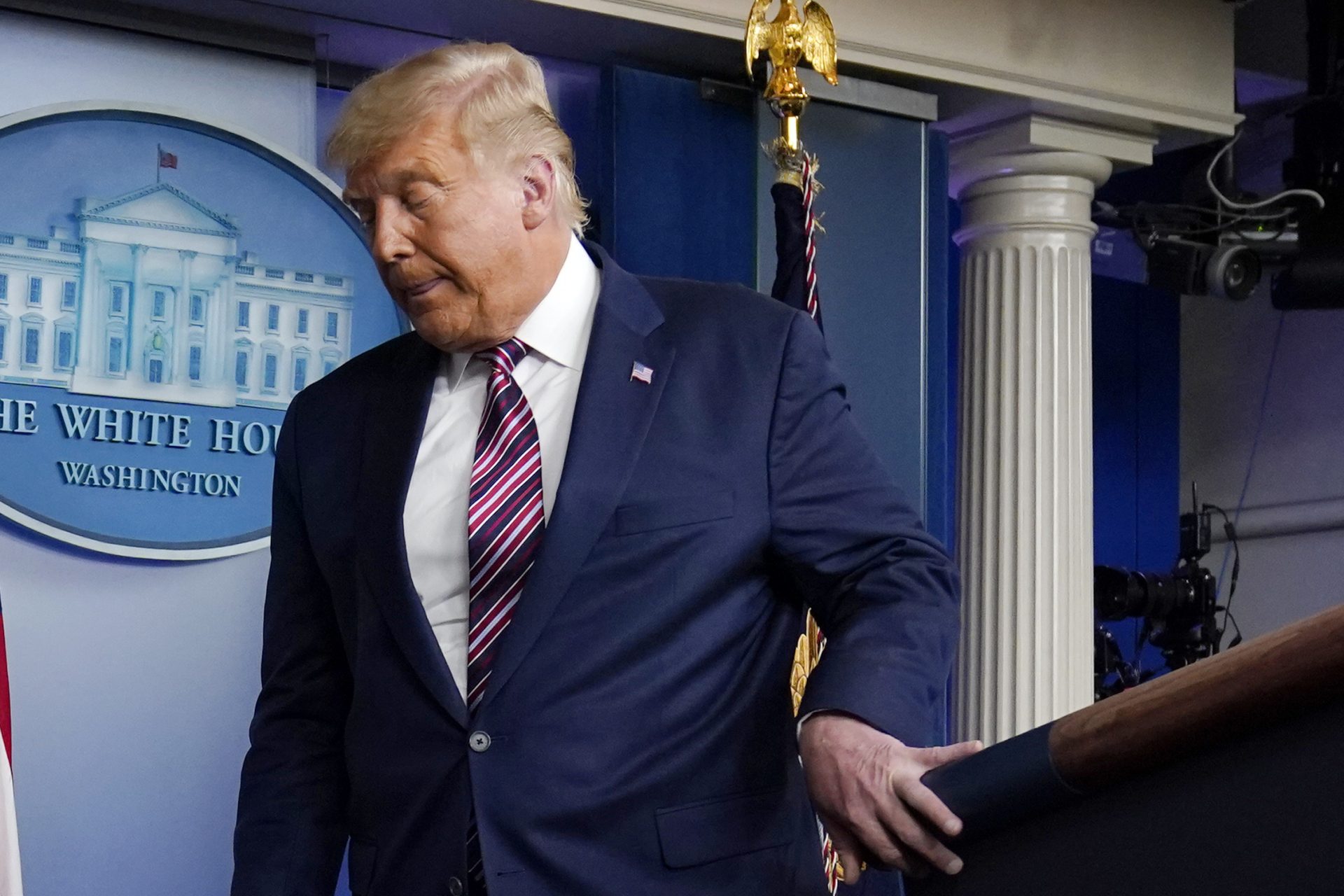 The Associated Press on Nov. 7 called the presidential contest for former Vice President Joe Biden, after determining that the remaining ballots left to be counted in Pennsylvania would not allow Trump to catch up. Trump has refused to concede.

The remaining claim in the lawsuit centers on disqualifying ballots cast by voters who were given an opportunity to fix mail-in ballots that were going to be disqualified for a technicality.

The lawsuit charges that “Democratic-heavy counties” violated the law by identifying mail-in ballots before Election Day that had defects — such as lacking an inner “secrecy envelope” or lacking a voter’s signature on the outside envelope — so that the voter could fix it and ensure that their vote would count, called “curing.”

Republican-heavy counties “followed the law and did not provide a notice and cure process, disenfranchising many,” the lawsuit said.

Cliff Levine, a lawyer representing the Democratic National Committee, which is seeking to intervene, said it isn’t clear how many voters were given the chance to fix their ballot.

But, he said, it is minimal and certainly fewer than the margin — almost 70,000 — that separates Biden and Trump.

“The numbers aren’t even close to the margin between the two candidates, not even close,” Levine said.

In any case, there is no provision in state law preventing counties from helping voters to fix a ballot that contains a technical deficiency. Levine said the lawsuit does not contain any allegation that somebody voted illegally. 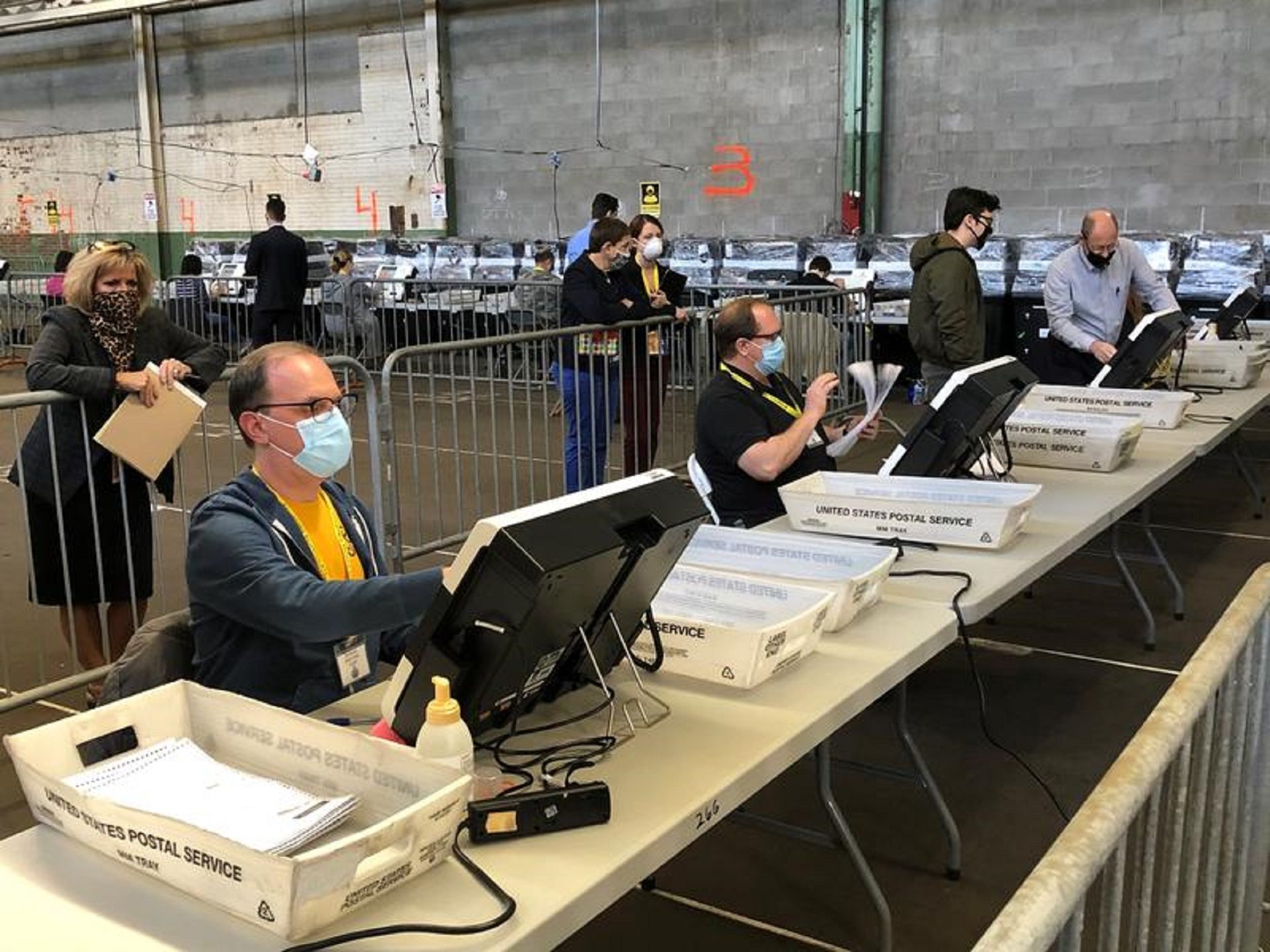 “They really should be suing the counties that didn’t allow (voters) to make corrections,” Levine said. “The goal should be making sure every vote counts.”

Pennsylvania’s top election official, Secretary of State Kathy Boockvar, a Democrat, responded in court on Sunday, asking the judge to dismiss the case. State courts are the proper jurisdiction for the subject, and the lawsuit contains no “plausible claim for relief on any legal theory,” the state’s lawyers wrote.

More than 2.6 million mail-in ballots were reported received by counties, and there has been no report by state or county election officials or a prosecutor of fraud or any other problem with the accuracy of the count.

A key theme of Trump and his supporters has been their claim that Philadelphia — a Democratic bastion where Trump lost badly — had not allowed Trump’s campaign representatives to watch mail-in and absentee ballots processed and tabulated.

However, Republican lawyers have acknowledged in a separate federal court proceeding that they had certified observers watching mail-in ballots being processed in Philadelphia. Gov. Tom Wolf’s administration has said that ballot watchers from all parties had observers throughout the process and that “any insinuation otherwise is a lie.”

Meet Pennsylvania’s Electoral College voters: Everything they can — and can’t — do