America Amplified episode 5: The votes are in, now what? How America should move forward

This election has tested our democracy like none other in recent memory.

Voters endured long voting lines, mail-in ballots, pandemic protocols and in Georgia, it isn’t over — there will be runoff elections in January for U.S. Senate seats.

Which is why it was so heartwarming to hear how much hope the guests on this episode of our “America Amplified: Election 2020” talk show have for the future.

Hosts Rose Scott of WABE in Atlanta and Charity Nebbe of Iowa Public Radio open the show by listening to a few voicemails we’ve received.

In an audio diary produced by Andrea Tudhope, we hear from a Houston, Alaska, man who says he thinks we’ve failed as a species. A caller from Milwaukee says he’s sick and tired of the two party system. A moderate “NRA Republican” from Dallas says she has a hard time talking to “disaffected one-time Trump voters.”

And there’s this from Mary King of Cape Girardeau, Missouri: “I can’t believe that we have to worry about violence just because we don’t agree on the same candidates to vote for. Voting is our right and it’s private.”

None of this angst has been lost on our youth, according to our first guest Amy Gallaway, Alaska’s 2020 teacher of the year. She teaches social studies at West Valley High School in Fairbanks. 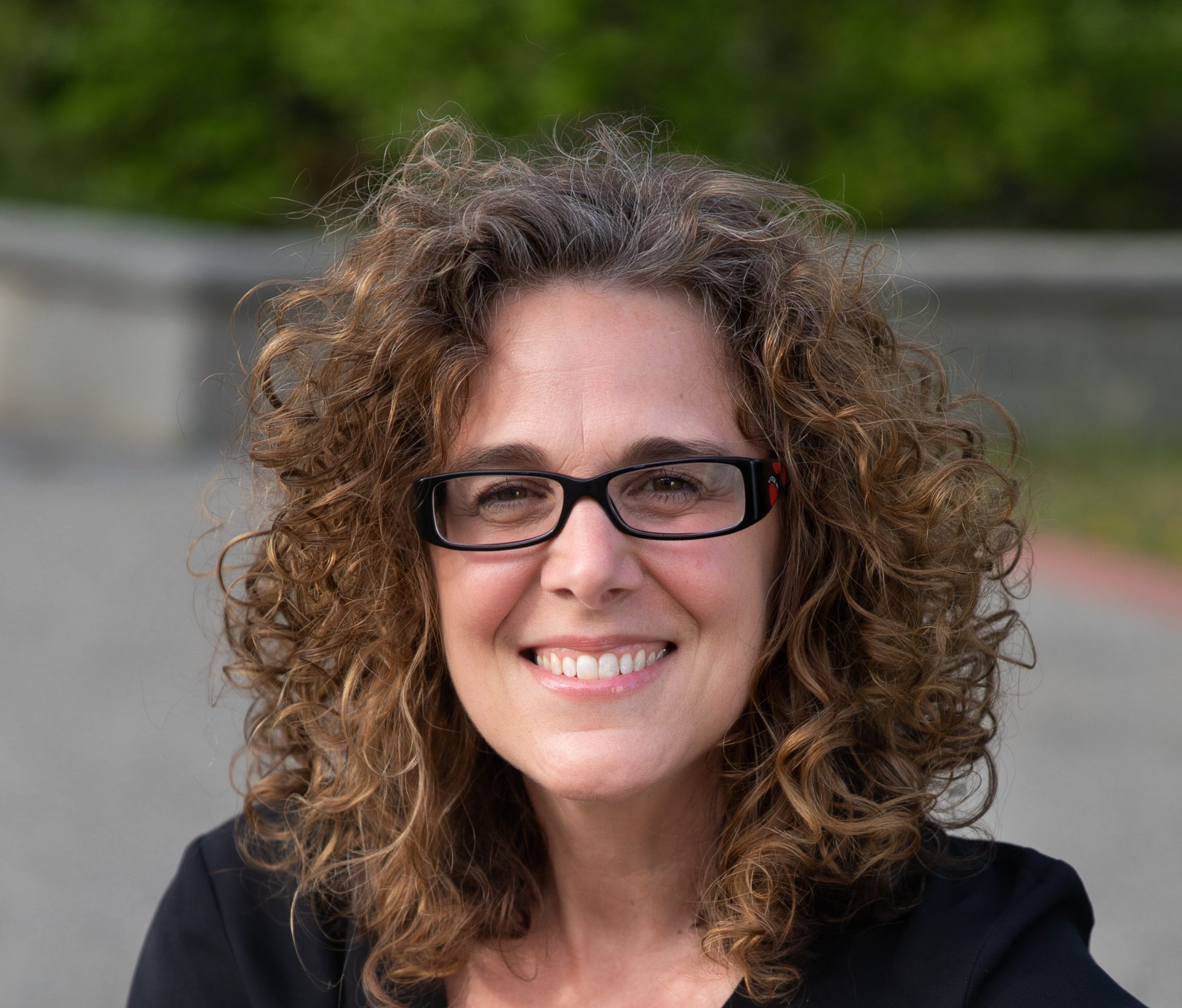 Amy Gallaway of Fairbanks is the 2020 Alaska Teacher of the Year. (Submitted photo)

She says Fairbanks is a predominantly white community, and about 20 percent of her school is Alaska native.

She works on civil discourse with her students and teaches them to have confidence in themselves.

In discussions between students who don’t believe systemic racism exists and others who are active in the Black Lives Matter movement, she guides them to agree that having a social contract and listening to all voices are important.

And local elections are just as important as the presidential race.

“I remind them to look at that arc of history and see that in all honesty, it’s the people on the margins who are constantly pushing for this to truly be we, the people and not just some of the people. … I have faith and my students have faith that they can save our republic.”

For the guests in our second segment, this election has exposed the work that still needs to be done.

Giselle Sancen Valero lives in Des Moines, Iowa, and is a DACA (Deferred Action for Childhood Arrivals) recipient. She says she’s lived most of her childhood as an undocumented immigrant, a status that has been derided by her country’s leader.

“This president has not been nice at all to people like me,” Valero says. And though she can’t vote, she’s been working during this election to speak for others in her situation.

“I recognize that I’m very privileged in the fact that I am able to step out from the shadows whereas still there’s 11 million undocumented immigrants who weren’t able to. … I’ve been trying to use my voice as much as possible for the people that are hiding and still don’t feel comfortable coming out of the shadows.”

Across the country in Atlanta, Stephanie Cho says she’s seen how voters are disenfranchised in her city.

Cho is the executive director of Asian Americans Advancing Justice Atlanta. This year, Cho says, ballots were offered for the first time in Spanish and Korean in DeKalb County. Only one other Georgia county offered ballots in Spanish.

In Iowa City, Dr. Christopher Peters, a surgeon, is disenchanted with partisan politics. He has had two unsuccessful runs as a Republican for the U.S. House of Representatives and is now a registered Independent.

He is working with a group called Braver Angels to reduce political polarization and promote civil discourse by bringing together people with vastly different opinions and beliefs.

“My approach has always been just to try and start a foundation of a relationship with whoever I’m talking with. If I go in trying to change their mind, or they go in and trying to change mine, that never ends well,” Peters says. “There’s a great little quote from Abraham Lincoln I like. He said, ‘I don’t like that, man. I must get to know him better.’ And I think that’s really where it starts.”

For Cho, reaching across the divide doesn’t always yield results.

“I had a legislator one time, I was trying to talk to him across the aisle,” Cho recalls. “And he literally said to me, I can just see, by the way you look we’re going to disagree.”

While Valero cannot imagine for Donald Trump, that’s who Connie Vasquez voted for on her ballot.

Vasquez lives near the Rio Grande/Mexican border in San Elizario, Texas, and we reach her by phone. Her family immigrated to America some time ago. Though she’s disappointed by the election results, she says she’s proud of her country.

“Even myself here in my community, people think, well, you’re Hispanic, so you’ve got to be a Democrat. And it’s like, no, I’m not,” Vasquez says. “I’m an American first, then I’m something else. Being in America is the most important thing. I think that’s why Trump appealed to me, because of that message.”

In Iowa, Valero says she’s feeling numb from not having the power of citizenship.

“I’ve gone so much of my life feeling helpless and I still feel helpless because there wasn’t much I could do. My voice was heard by the people around me, but it doesn’t count,” Valero says. “So this is yet again another example of where I’m here, but I’m not. I live in Iowa, but I’m not seen as a citizen or a resident. I’m just another number.”

Gen Z ready to be the change

So how is this election affecting the next generation of voters?

Politics certainly had an impact on our hosts as children.

Host Scott says she remembers talking to her parents about slavery after watching the miniseries “Roots,” which aired on ABC in the late 1970s.

“When you’re little, when you start to have questions that revolve around race and why are things the way they are, then as you get older and you see messages that are centered around that … it develops who we are. It helps shape who we are as individuals,” she shares.

Nebbe found herself fascinated by politics as a student in Iowa and started watching presidential debates in 1988.

The hosts then turn to three youths ages 14-17 — Shanti Rodriguez-Pedraza of Atlanta; Grace Londquist of Cedar Rapids, Iowa; and Tyloria Antone of Tohono O’odham Nation in Arizona — to hear how they’re processing this election. 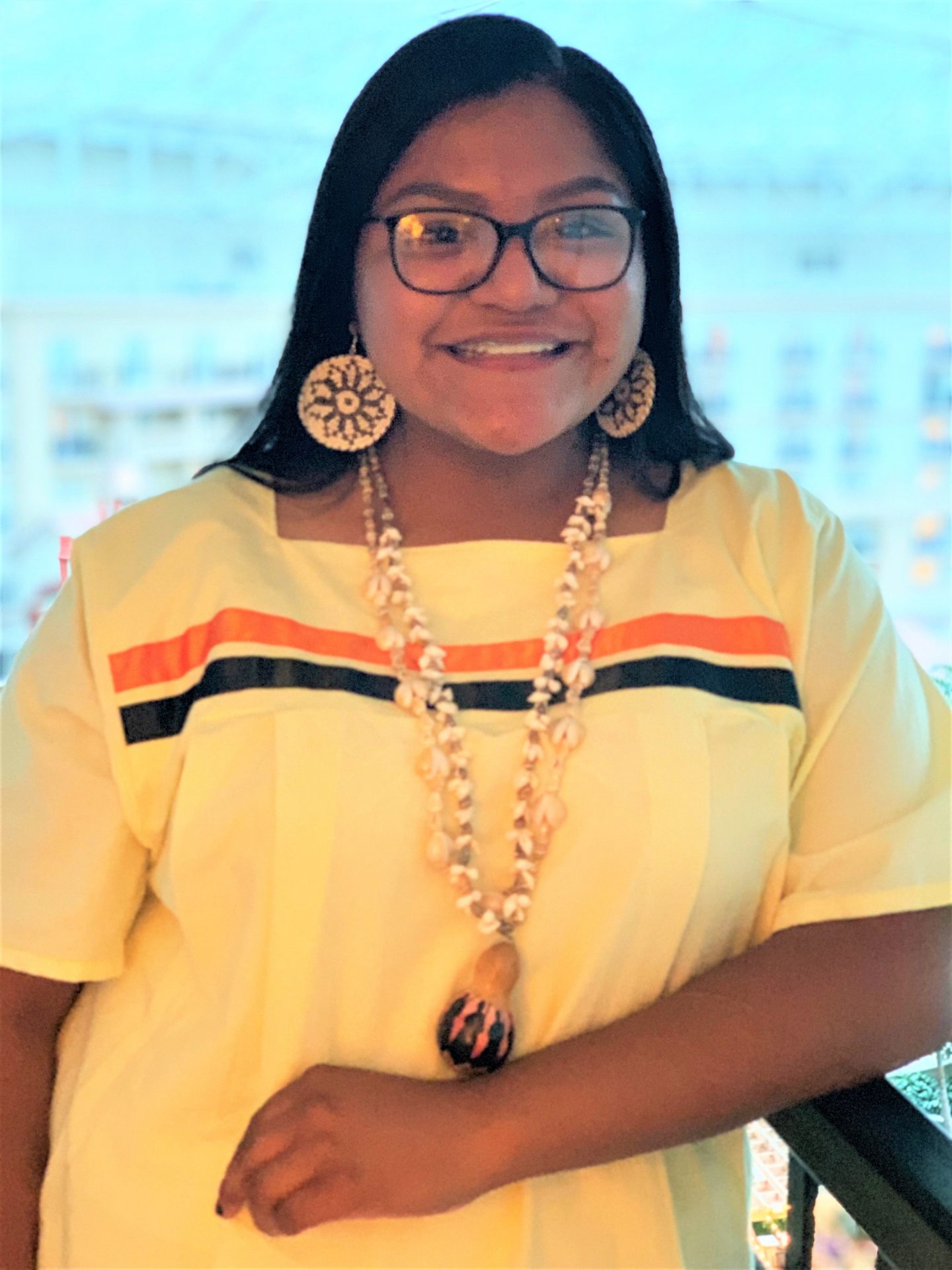 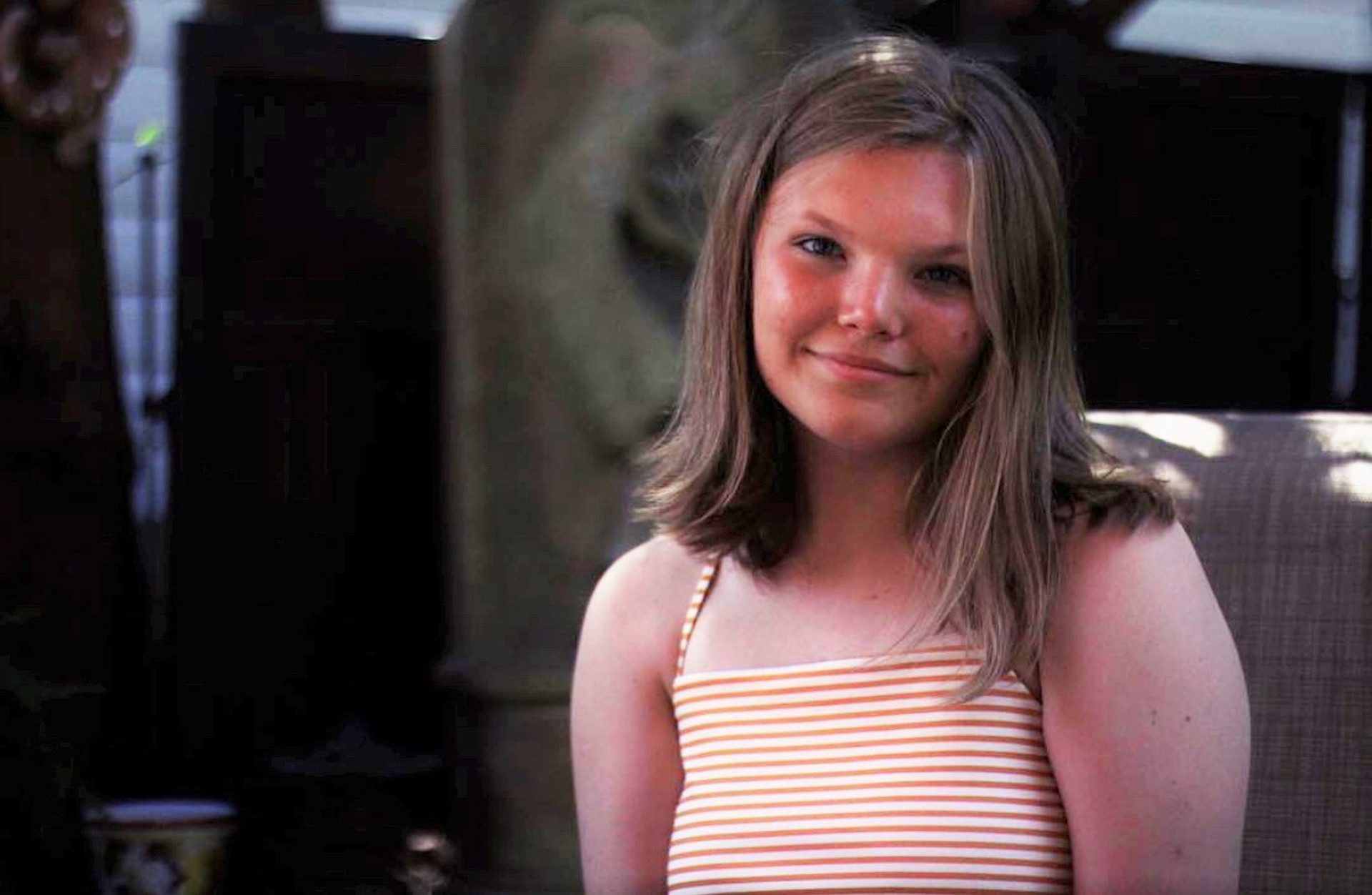 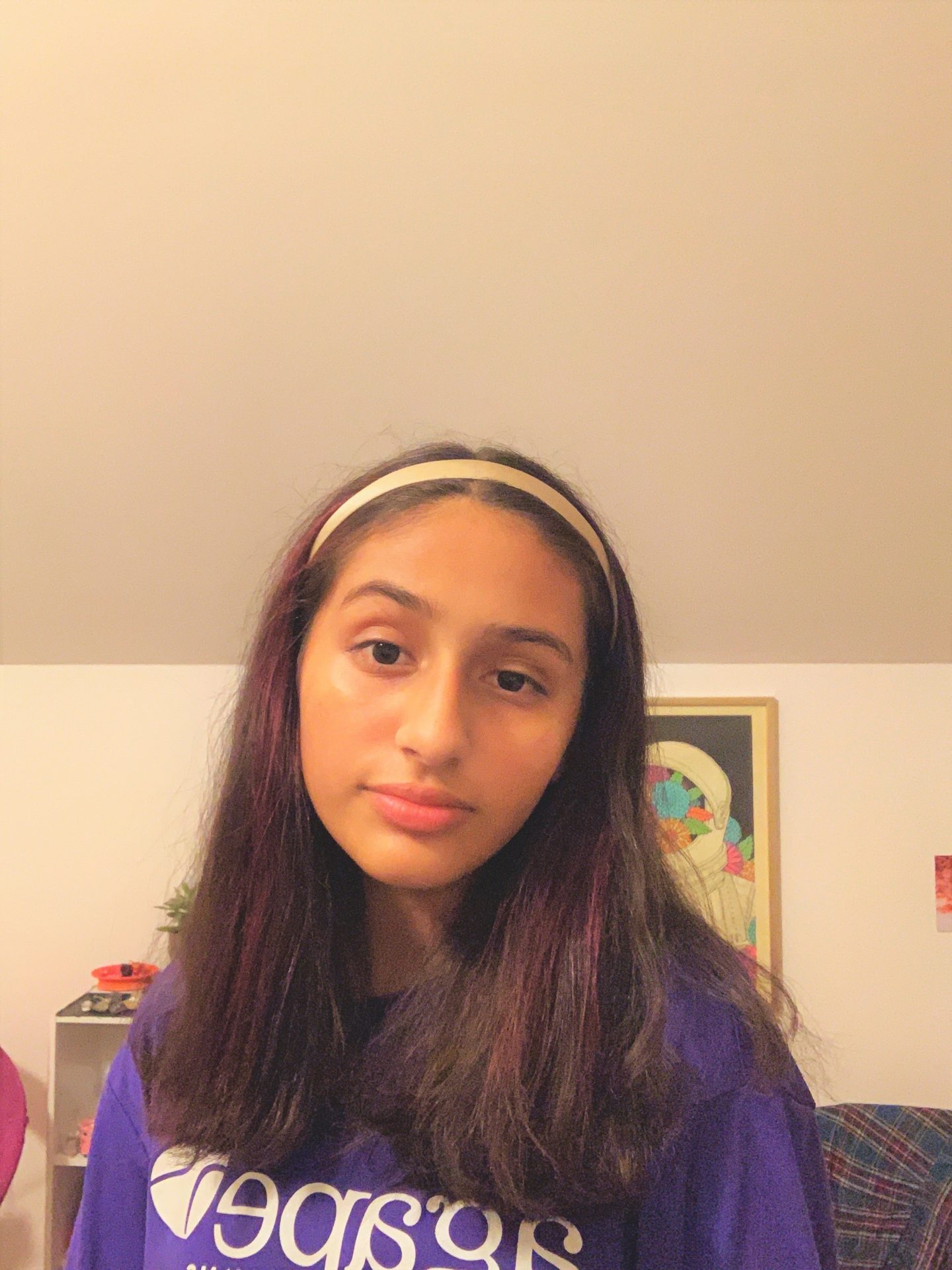 All three agree that it’s been a stressful time, especially including how the pandemic has upended their school lives.

“It’s been a lot of uncertainties,” Tyloria says. “We all just have to, you know, go with the flow … because we may never know what can happen tomorrow, today, tonight.”

Grace says it’s been hard because her family has very conservative views and she does not.

“Having to have these types of discussions with your parents, especially at a crucial point in history like we are in now, it’s, it’s been difficult for me,” she says. “Having my parents tell me what I think is wrong, it doesn’t leave a lot of room for open discussion and open discourse between the people that you love and care about.”

All three think their generation will be one to bring changes for the better.

“I think Gen Z is definitely a generation that’s going to make some changes, not only the people that are going to get elected to government, but also just as young people when we start voting,” Shanti says.

Grace agrees, and says her two biggest areas of concern are the Black Lives Matter movement and climate change.

“Sooner or later we won’t have an Earth to walk on. We won’t be able to raise our kids, which is a terrifying thought to me,” she adds.

Tyloria says she sees this in her nation, where her peers are learning about the political process so they can be involved.

“I feel like our generation will be the people to change different things and make it into a better life for each and every one of us.”

Jayme Beasley is a 26-year-old Black woman in Atlanta, working on her doctorate degree. Meadow Kouffeld is 37, a white single mom and ecologist living in Grand Rapids, Minnesota.

The two met in an America Amplified National Listening Session a few months ago, where they learned about each other’s values and political beliefs. We bring them back together for a post-election conversation where Kouffeld talks about how her conservative values were shaped by her experiences and Beasley talks about why her anxiety was heightened by this election.

This audio postcard was produced by Andrea Tudhope.