The race was called after it was determined that the remaining ballots left to be counted would not allow President Trump to catch up. 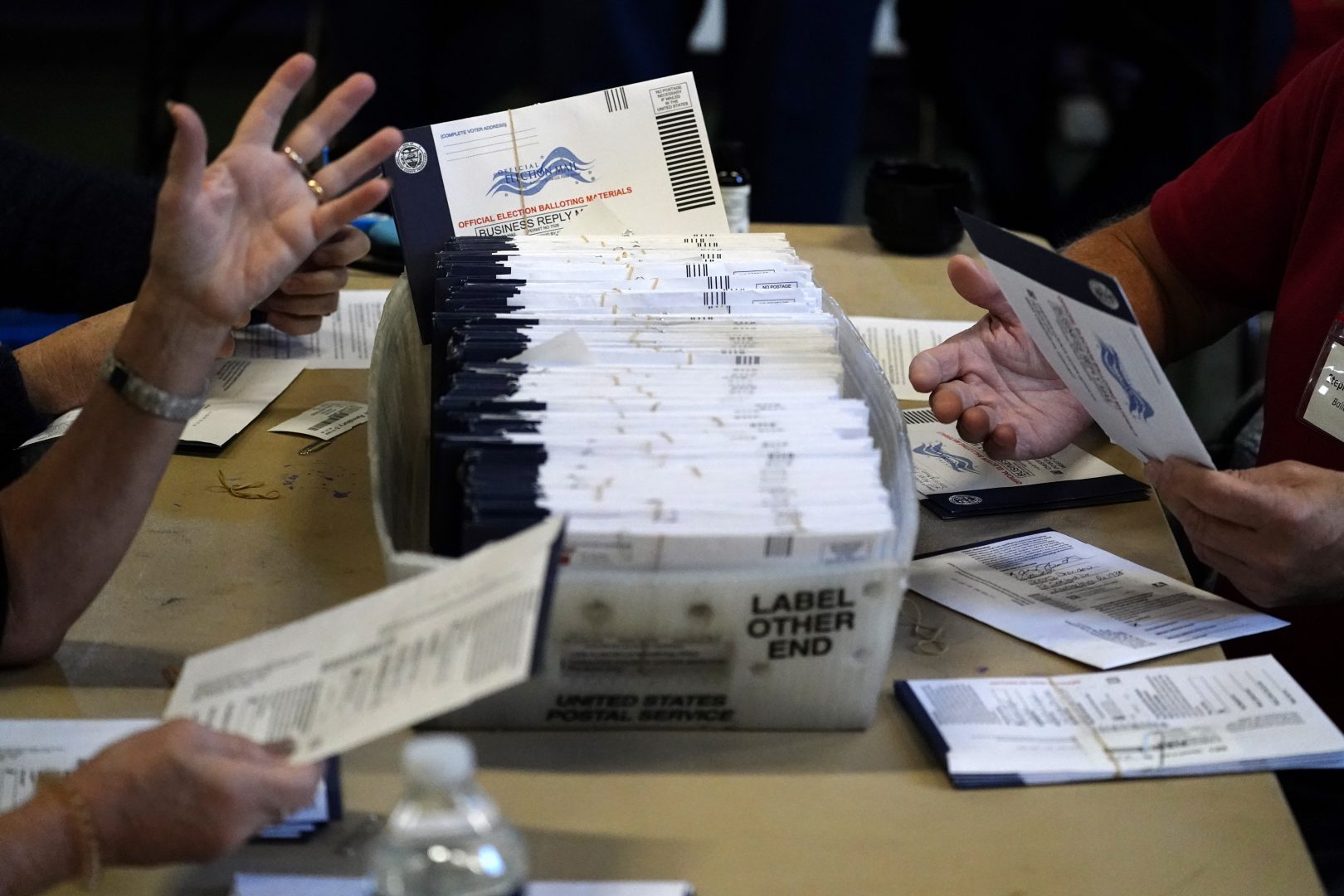 On Saturday, Democrat Joe Biden captured it back — and also won the presidency — after The Associated Press declared the former vice president the winner of his native Pennsylvania at 11:25 a.m. EST.

The AP called the race for Biden, who held a 34,243-vote lead, after it determined that the remaining ballots left to be counted would not allow Trump to catch up. The news agency has already declared Biden the winner in both Michigan and Wisconsin. 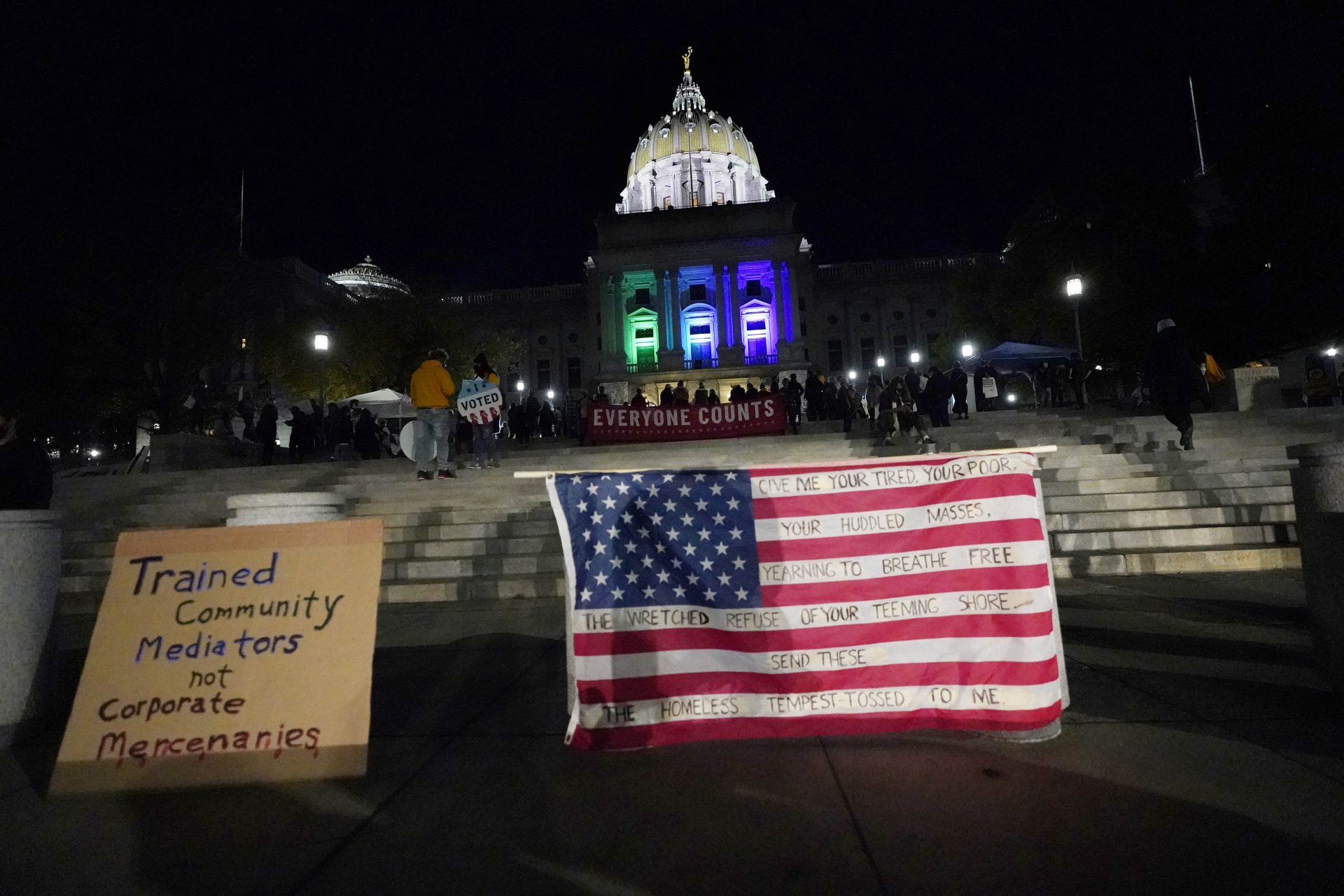 People demonstrate outside the Pennsylvania State Capitol to urge that all votes be counted, Wednesday, Nov. 4, 2020, in Harrisburg, Pa., following Tuesday’s election.

Biden held a 0.51 percentage point lead late Saturday morning. Under Pennsylvania law, a recount is automatic when the margin between two candidates in a statewide race is less than 0.5 percentage points. An AP analysis concluded Biden’s lead over Trump was on track to stay outside of that margin as final votes are counted.

There are roughly 62,000 mail ballots remaining to be counted. Biden has won the overwhelming majority of mail ballots cast in the state.

Also at issue was the number of outstanding provisional ballots in the state. State election officials have not been clear about how many provisional ballots remain to be counted, where they were cast and why they were cast. The AP estimated Saturday there were more than 100,000 of such ballots left to tally, based on more than two days of reporting with county election officials across the state.

As more votes were released Saturday that solidified Biden’s lead, an AP analysis of a small set of provisional ballots from Trump-leaning counties showed Trump was winning them by a smaller margin than his Election Day vote totals in those counties. 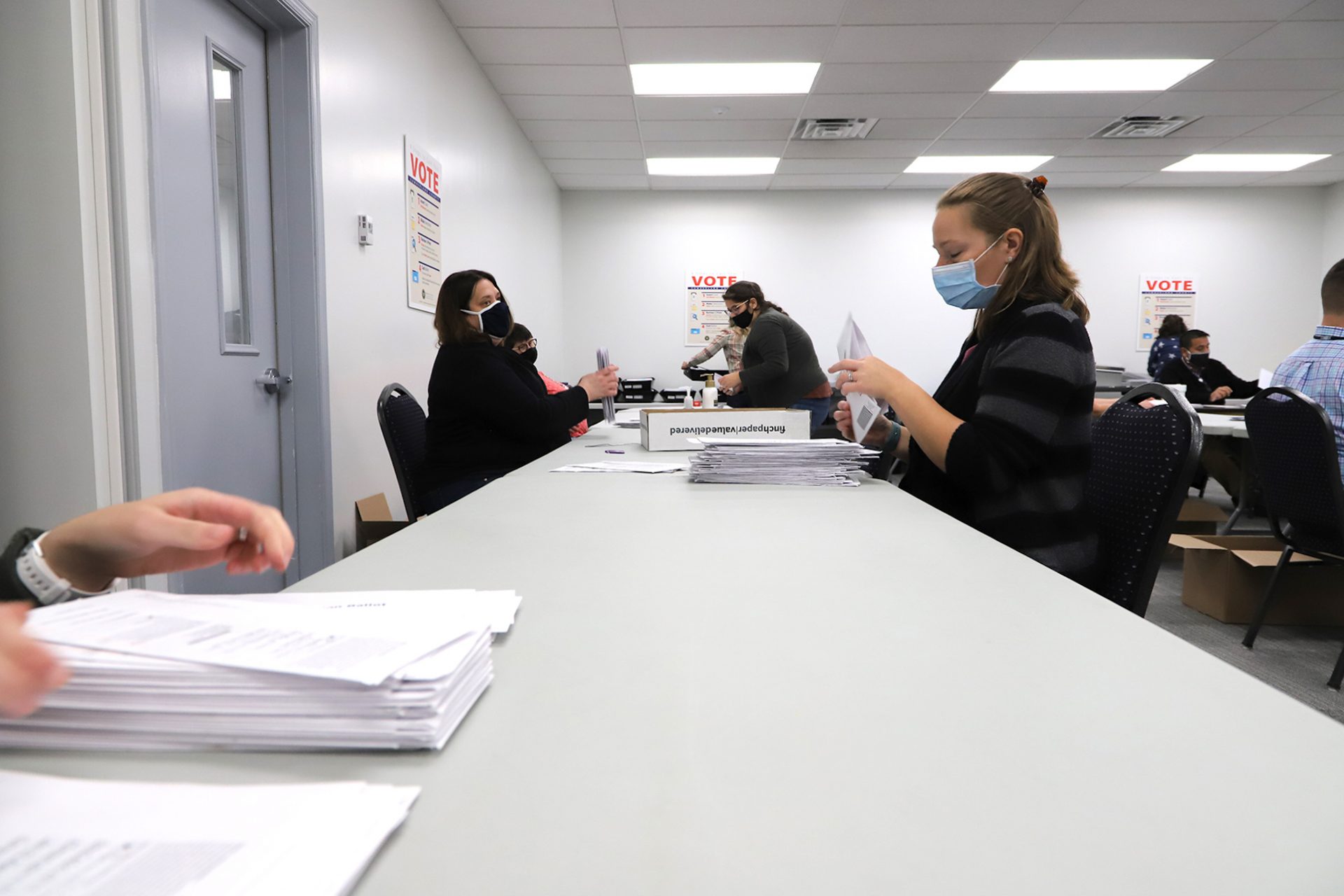 Workers process mail-in ballots at the Cumberland County Bureau of Elections on Nov. 4, 2020.

The analysis led AP to conclude Trump could not gain enough votes from provisional ballots to overcome Biden’s margin.

Biden’s win in Pennsylvania was a dramatic, though not unexpected, turn after Trump jumped out to an early Election Day lead of 675,000 votes and prematurely declared he had won the state.

Over coming days, as local elections officials tabulated more ballots, Trump’s lead dropped sharply, with Biden winning roughly 75 percent of the mail-in vote between Wednesday and Friday, according to an analysis by the AP.

Biden, who was born in Scranton, claims favorite-son status in the state and has long played up the idea that he was Pennsylvania’s “third senator” during his decades representing neighboring Delaware. He’s also campaigned extensively in the state from his home in Delaware.

Biden wins presidency, with Pa. putting him over the top