Coming of age in the heyday of jazz music in Harrisburg. 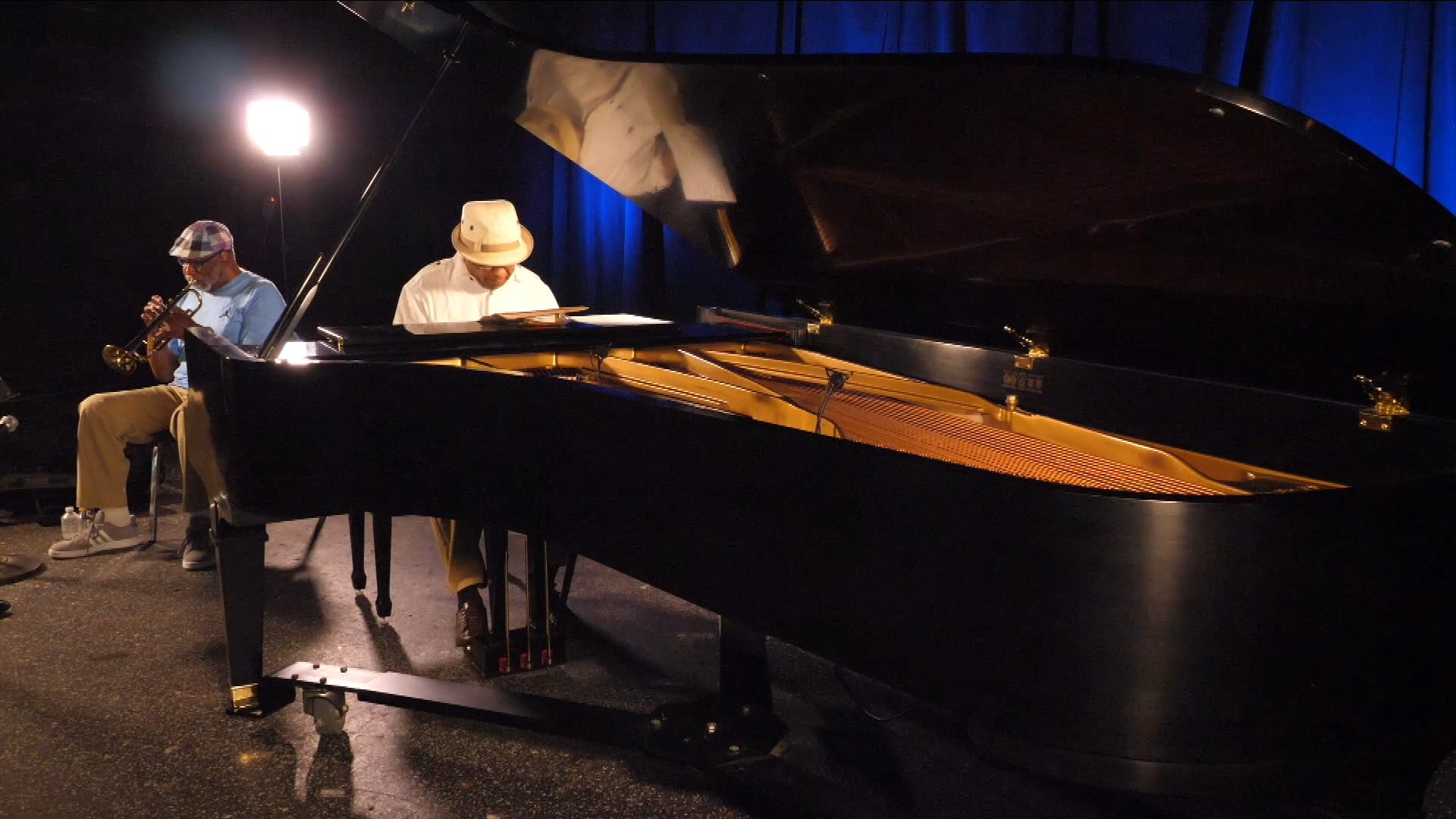 WITF Music has teamed up with The Central Pennsylvania Friends of Jazz, an organization devoted to embracing jazz and helping to move it forward, to highlight midstate jazz artists. 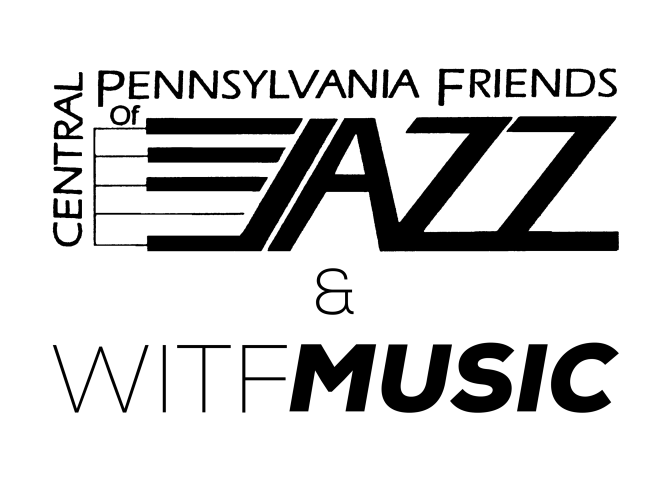 The history of jazz in Central Pennsylvania includes streets that were lined with clubs and bars where jazz music could be heard almost every night. But, Harrisburg’s jazz history, as well as America’s in general, is permeated by racial inequality. And yet it was jazz itself that provided an opportunity to transcend race.

“Oh it was sixth street,” says trumpeter Ronnie Waters. “It was like Broadway in New York.”

“But I think it’s called Forster Street. Forster Street all the way to about Reilly street, there were bars on both sides of the street. And usually there was a band in mostly every place.” 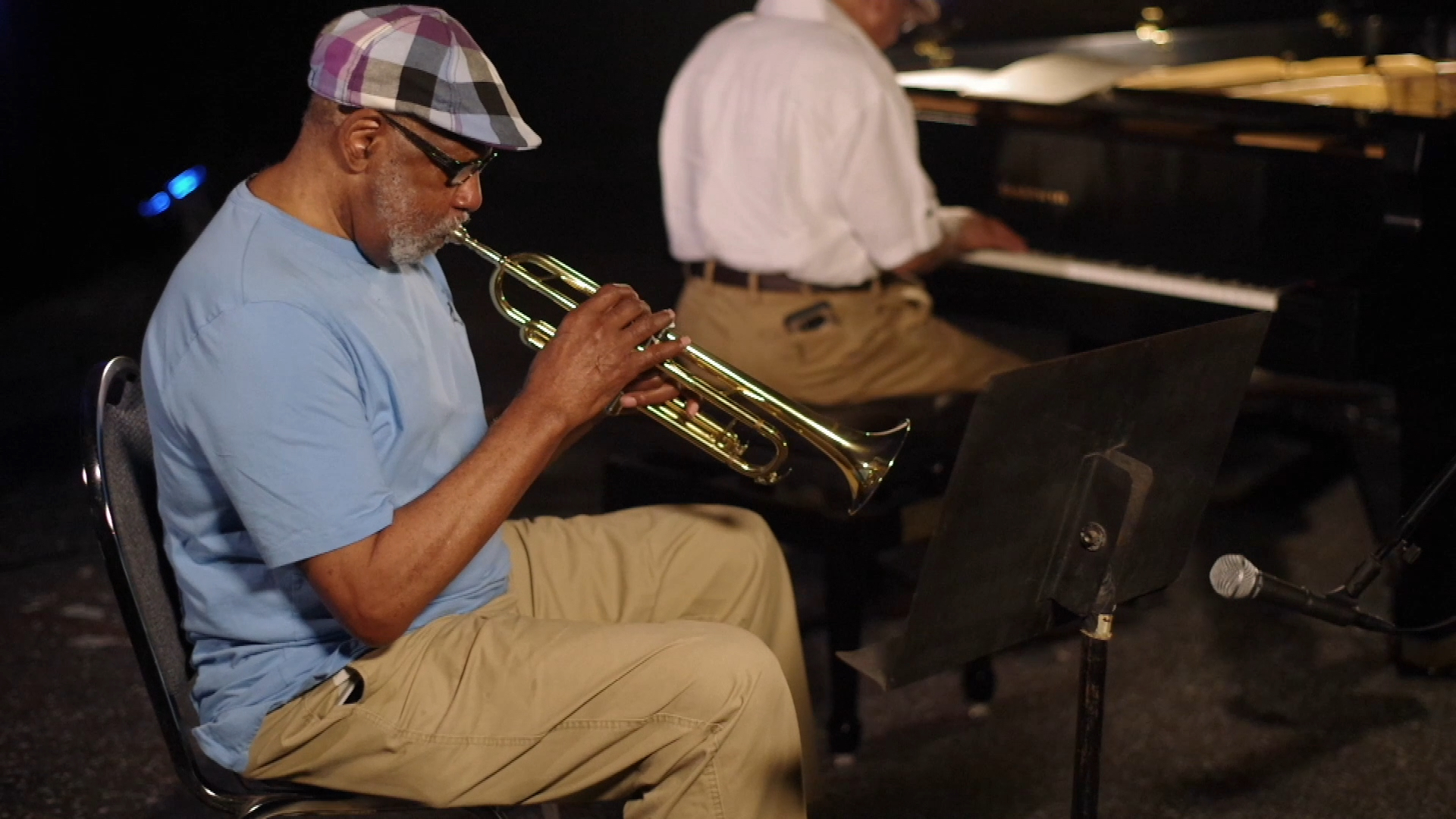 Ronnie played around Harrisburg, often with his longtime friend and pianist Jimmy Wood. They’ve known each other since they were kids, and have played music together most of their adult lives. Jimmy also remembers Harrisburg’s jazz heyday.

“As a kid I’d stay up late,” Jimmy recalls. “I’d ride my bike uptown and I’d listen to the players in there. And I mean lots of players came to Harrisburg, wonderful players. So there was a wealth of music back in the day that I was exposed to and could get to hear right in Harrisburg.”

It’s difficult to pin down a firm definition of jazz. Improvisation and individuality certainly play a role, and maybe how to define it is best left up to the individual musician.

“It’s a way of expressing your feelings,” Jimmy say. “And in a sense, the creativity is spontaneous. So it’s not a prepared thing. You have your space. You can be creative in the space, but you also have a job to help all the other players. It’s like a community, it’s like being alive in the world.” 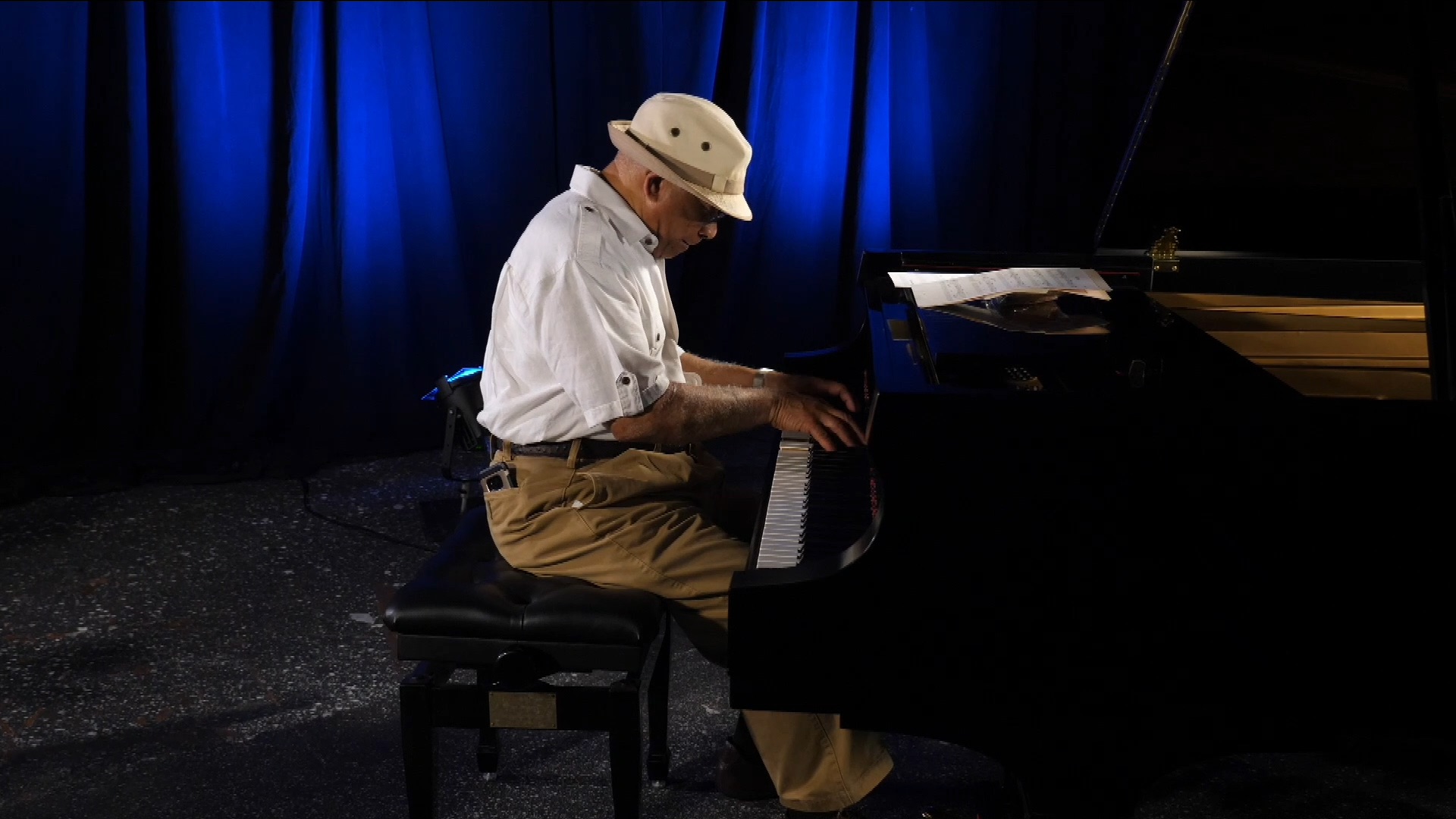 And the world is a complex place, filled with lots of very different people, and as black musicians playing jazz back then, it didn’t come without some friction.

“Things have changed significantly,” says Jimmy. “But I remember gigs where they would tell me if you have anything to drink you have to drink it over there. Couldn’t have anything to eat. If you wanted something to eat you were just there to be providing some background sounds then after that they didn’t want to see you. But the thing about music is, once you’re into it, you can ignore all those other things. If gives you a way to bear up under them.” 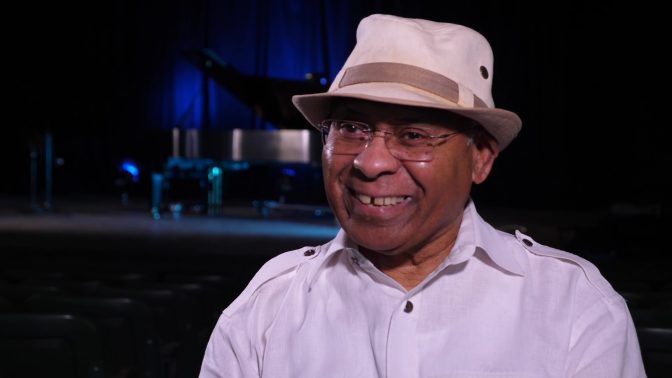 “Doing things for the arts is great for the community,” Ronnie says. “And especially for kids because they get to play with other kids and meet other people, other environments, other worlds.”

In our current day an age, when paid gigs for musicians are fewer than they used to be with the advent of electronic instruments that can replace humans, jazz musicians, like us all are looking towards new technologies and avenues to stay productive 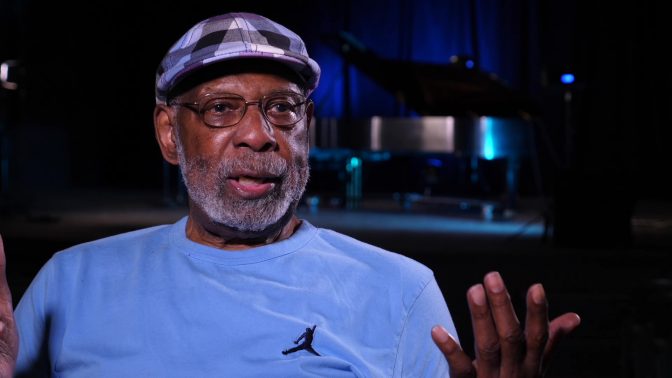 “They used these pit bands with live musicians,” Ronnie says. “They cut that down using four musicians with a whole lot of electronic instruments so that put people out of work. And you have to just be on the ball trying to deal with what’s going on at that time to survive. And I think that’s what we’re trying to do now. People learning how to use Zoom in a certain way that you can record. [Jimmy and I], we’re trying to find out some way that we can do something, you know record something, and be busy so you’ll stay in shape. You know just be active. It’s tough for everyone.”

Just as a jazz musician has to improvise his or her way through a piece of music, so must they also improvise as the times change, just like all of us.

More performances by Jimmy and Ronnie are our YouTube page.

See a longer interview and performances below:

WITF Music: Keys on the Move