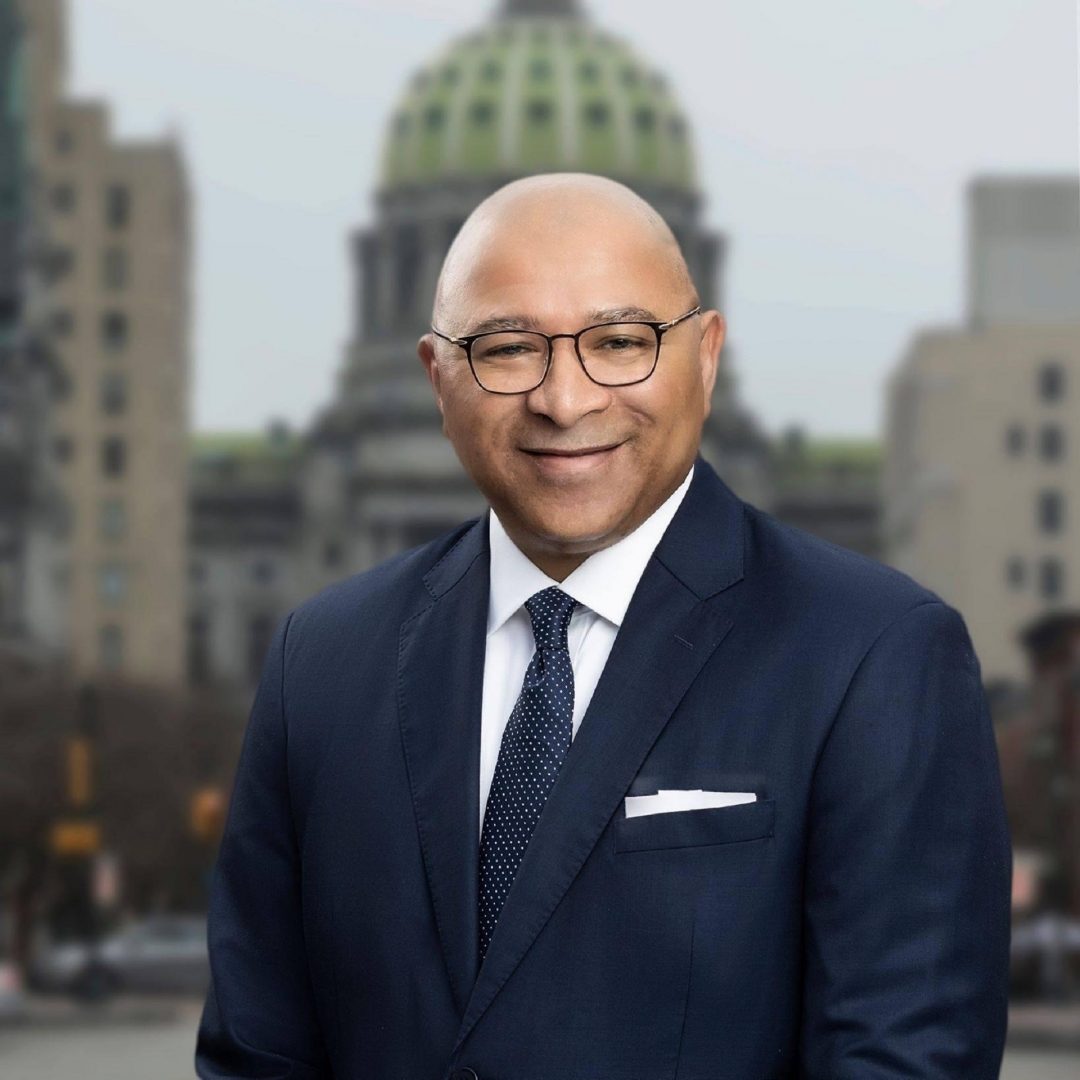 (Harrisburg) — Pennsylvania voters have returned at least 17 incumbent members to Congress, with one race undecided, and have elected the first Republican auditor general in more than two decades.

Democrat Josh Shapiro was also declared the winner of his race Friday for a second term as the state’s attorney general.

Republican Timothy DeFoor will be the state’s next auditor general after outpacing Democrat Nina Ahmad, while vote counting continues to determine results for state treasurer. Republicans will keep majority control of both chambers of the General Assembly.

President Donald Trump and former Vice President Joe Biden are hotly contesting Pennsylvania’s 20 electoral votes, one of the few remaining states to be claimed in their battle for the presidency.

Counting of mail-in ballots pushed Biden into a narrow lead on Friday in a state that’s critical for Trump’s hopes to reach 270 electoral votes and repeat his 2016 Pennsylvania win.

A flurry of litigation over voting and vote counting has been brought by Trump and the Republican Party in recent days, particularly over Pennsylvania’s year-old law that greatly expanded mail-in voting. It’s not clear how those cases may change the race..

Second-term Republican U.S. Rep. Brian Fitzpatrick in Bucks County, just north of Philadelphia, won reelection after being a top target again for Democrats as one of just three House Republicans in the country running for reelection in a district won by Democrat Hillary Clinton in 2016.

Fitzpatrick, a mild-mannered former FBI agent who took over the seat from his late brother, had been challenged by a relative political unknown nominated by Democrats, Christina Finello.

Fitzpatrick voted for Trump’s tax cut and opposed his impeachment. Finello attacked Fitzpatrick as too weak to stand up to Trump and silent in the face of the president’s worst transgressions.

Democrats have a roughly 15,000-voter registration advantage in the district, which Clinton won by 2 percentage points.

Wild, a prominent lawyer in Allentown, had won her first term in 2018 with a 10-percentage-point thumping of her Republican opponent for what had been an open seat.

Scheller started a pigment manufacturer for paints, coatings and inks and touted her background as someone recovered from addiction and advocates for people in recovery.

The district was daunting for a Republican, as Democrats hold a 60,000-voter registration advantage.

Cartwright, a four-term Democratic member of Congress from northeastern Pennsylvania, won reelection in a district where Trump is popular.

This time, Cartwright was challenged by Jim Bognet, a first-time candidate who won a six-person GOP primary, in part, by promising to be a staunch Trump ally.

The district is anchored by the cities of Scranton and Wilkes-Barre, both Democratic bastions. But the party’s voter-registration advantage in the district — still at a considerable 58,000 — is shrinking, and Republican hopes of capturing it were perennial.

Republican U.S. Rep. Scott Perry has won a fifth term in Pennsylvania’s 10th Congressional District in the area around Harrisburg and York in central Pennsylvania.

Perry, a staunch Trump supporter and owner of one of the most conservative voting records in the U.S. House, hung on for another term in a district that has been gradually turning less conservative.

The race was Pennsylvania’s most expensive this year, attracting more than $11 million in spending by outside groups after a Democratic opponent with little name recognition came within 2.5 percentage points of knocking off Perry in 2018.

Republican U.S. Rep. Mike Kelly won a sixth term in a northwestern Pennsylvania district against a political newcomer, teacher Kristy Gnibus. Democrats had viewed Kelly as potentially vulnerable after he won his race by 4 percentage points in 2018.

Lamb sought a second full term after becoming a Democratic star in 2018 for winning two races in two Trump districts — a special election in a district Trump won by 20 percentage points and a general election in a redrawn district against a three-term incumbent.

He declared victory late Wednesday, but The Associated Press has yet to call the race.

Lamb faced a challenge from Republican Parnell, a decorated Army vet who is a regular guest on Fox News programs and is known for his memoir on the war in Afghanistan and for authoring two action novels.

Parnell is also a Trump darling. He got a speaking slot at the Republican National Convention and campaign stump shout-outs from Trump, with southwestern Pennsylvania a regular destination for Trump.

The district runs from Pittsburgh’s suburbs through Ohio River towns to the Ohio border and has a heavy — albeit shrinking — Democratic registration advantage of 62,000 votes. But it is also home to many conservative Democrats who helped Trump win it by 2.5 percentage points in 2016.

The state’s top law enforcement official for the next four years will again be Shapiro. He defeated Republican Heather Heidelbaugh, a lawyer from Mount Lebanon and a former Allegheny County Council member.

Shapiro, a resident of Abington, is a former state lawmaker and Montgomery County commissioner. He had been outspoken about election preparation and proper vote counting in recent weeks, and a regular on television newscasts about the campaign and canvassing in Pennsylvania.

Heidelbaugh had described Shapiro as lacking experience as a courtroom lawyer and having chased headlines to feed political ambition. She cited his recent and repeated publicizing of coronavirus-related price gouging cases.

Shapiro took over following the debacle that was Democrat Kathleen Kane’s term in office. Kane resigned in the fourth year of her term after being convicted of fraud and later served jail time.

Shapiro oversaw the investigation that culminated in the August 2018 release of a grand jury report that found about 300 Roman Catholic priests in Pennsylvania had sexually abused children for seven decades, and that their higher-ups helped cover it up.

Republican Stacy Garrity and incumbent Democrat Joe Torsella are waiting to learn who will be the state’s treasurer come January.

Torsella, considered a potential gubernatorial or U.S. Senate candidate, said his major accomplishments as state treasurer include setting up a scholarship program that begins for children at birth and leading a lawsuit against large Wall Street banks over their bond fees.

The lawsuit resulted in a nearly $400 million settlement over the price fixing claims, money that is being split with other plaintiffs. He has also moved more of the state’s investments into index funds, putting the state on track to save hundreds of millions of dollars in investment fees in the coming decades.

Torsella, 57, a resident of Flourtown, served as President Barack Obama’s envoy for United Nations management and reform, headed the National Constitution Center, and was former Gov. Ed Rendell’s choice to serve as chairperson of the Pennsylvania State Board of Education.

Garrity, 56, who retired as a colonel in 2016 after 30 years with the Army Reserves. She is vice president of a tungsten smelting plant.

Garrity, who lives in Athens in Bradford County, wants to use the Treasury Department’s leverage to push lawmakers and the governor to limit spending to money that has been formally appropriated by the Legislature and end the executive branch’s spending of money outside the pre-approval process.

“What an honor, what a pleasure what a privilege,” DeFoor said Friday, reached by cellphone on a golf course. “And once the race is officially called, I’m ready to serve, ready to serve.”

DeFoor, who is Black, will be sworn in in January as the state’s first elected “row officer” of color.

DeFoor, 58, the elected controller in Dauphin County, which includes Harrisburg, ran on his experience, saying it would make him uniquely qualified for the office. He has spent three decades conducting governmental audits and fraud investigations for the state inspector general, the state attorney general and a large hospital system.

All 203 state House seats and half the 50-person Senate were before the voters, and Republicans kept majority control of both chambers.

Just four Senate races remain uncalled, meaning the chamber will remain in Republican hands next session. It is currently 28-21, with an independent who caucuses with the GOP.

Democrats went into the election needing a net pickup of nine seats to regain the state House majority, and Ullman’s loss made the margin 10. But only eight Republican-held seats remain uncalled.

Two years ago, Democrats gained 11 seats to get to 93 members, versus 110 Republicans.