Trump's lead in Pa. has narrowed as mail-in votes are counted, but the race remains too close to call. 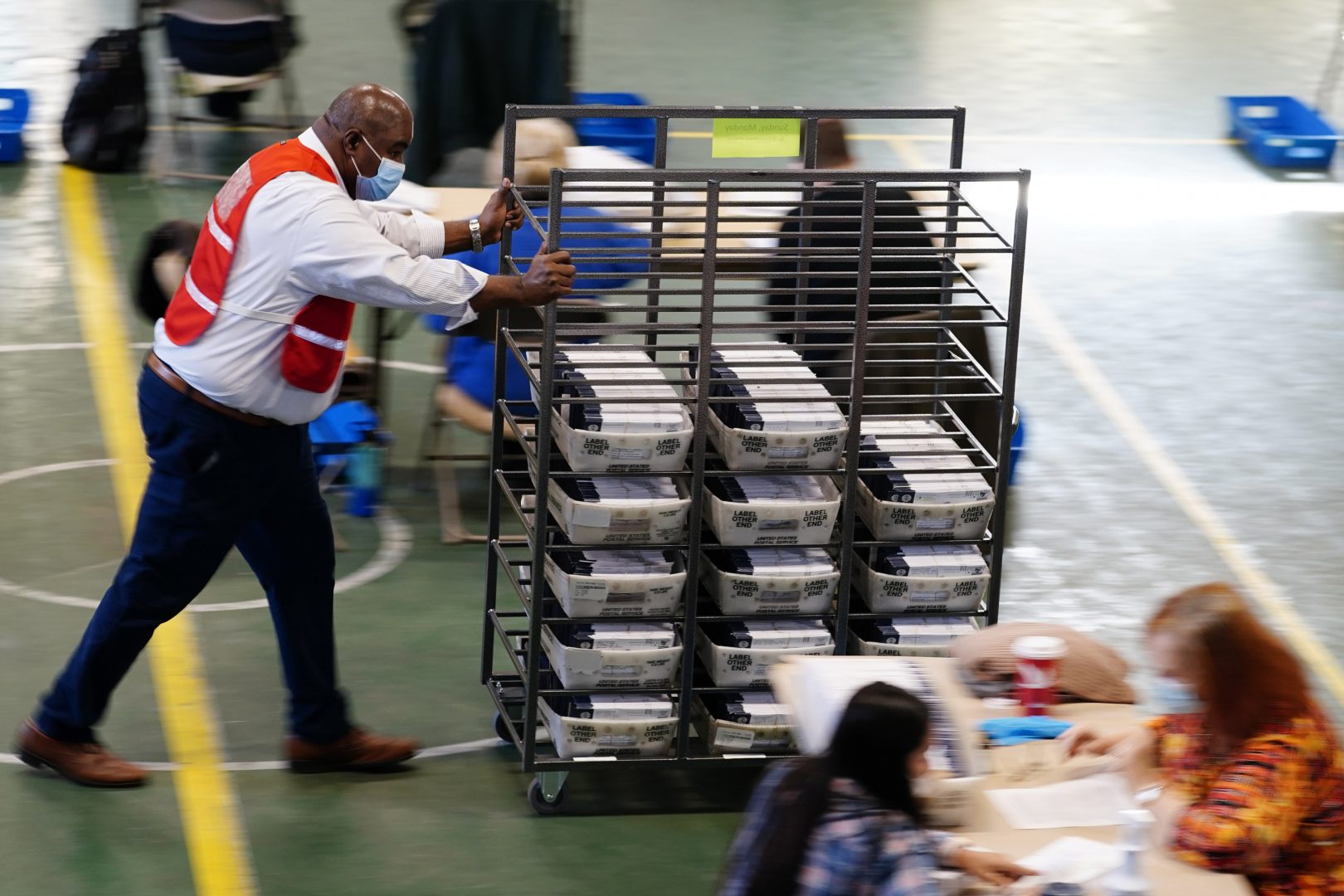 The Wolf administration repeated its pledge to ensure “every vote is counted” during a news conference Wednesday morning. The Department of State said half of Pennsylvania’s 2.5 million mail-in votes have been counted so far.

The presidential race remains undecided between President Donald Trump and former Vice President Joe Biden, meaning Pennsylvania’s 20 electoral votes could put either one over the 270 needed to be president.

As of 12 p.m., Trump held a roughly 464,000 vote lead in Pennsylvania, a margin that decreased from 550,000 votes earlier Wednesday morning. The Associated Press has not declared a winner in the race because the state is still counting mail-in ballots.

Secretary of State Kathy Boockvar said county offices confirmed the number of mail-in ballots that have been returned this election is 10 times higher than it was in 2016, in large part thanks to a state rule change allowing any voter to cast a mail-in ballot for any reason.

Boockvar said results from outstanding ballots will not be known today.

“The vote count is never done on the day of Election Night, and counties are doing this as accurately and as quickly as they possibly can,” she said.

Boockvar said the Department of State gave “more technical guidance” to counties last night on the issue of late-arriving ballots, instructing them to separate but still count any ballot that arrives between today and Friday at 5 p.m. The Department gave the same instructions for overseas and military ballots, which are due no later than next Tuesday.

Several conservative U.S. Supreme Court justices issued an accompanying opinion to a ruling on late-arriving ballots last month that suggested the Court could reconsider the legality of those ballots after the election. Some counties, including Lancaster, have decided to delay counting ballots that arrive late as they await a possible ruling.

“It’s not accurate,” she said. “You can absolutely segregate them [late-arriving ballots]. That’s not going to be a problem.”

Boockvar’s late Tuesday guidance drew ire from Statehouse Republicans. Senate GOP leadership, including State Sen. Jake Corman (Centre County) has even called for the Secretary of State to resign over the issue.

“We should count every legal ballot. We should take our time to get every vote in, every vote counted. But…we need to follow the rules of voting that day when we vote in person or we vote by mail,” Corman said. “To have this sort of stuff going on at the 11th hour is unconscionable, so we have total lack of faith in her ability to do the job and do it fairly.”

The Wolf administration has dismissed the criticism and resignation calls before reiterating the state will ensure a “free and fair election.”

“This is a partisan attack on Pennsylvania’s elections and our votes. Our election officials are working diligently to make sure every vote is counted and everyone’s voice is heard,” Gov. Wolf said in a statement Wednesday morning.