Photo essay: Pennsylvania voters on why they went to the polls on Tuesday

Several said it was because they wanted to make sure their vote would be counted.

Be patient: Results of the Nov. 3 election in Pennsylvania, and across the country, likely won’t be known for days. Here’s how WITF’s newsroom is covering the process.

(Millersburg) — More than 3 million Pennsylvania voters requested mail-in ballots this year, and as of Tuesday evening about 81% of those ballots had been received by county election offices.

But millions of Pennsylvanians opted to instead head to the polls on Election Day. Most poll watchers throughout Dauphin County reported steady lines today, with spikes early in the morning and after 4 p.m.

We spoke with a handful of voters about why they voted this election. 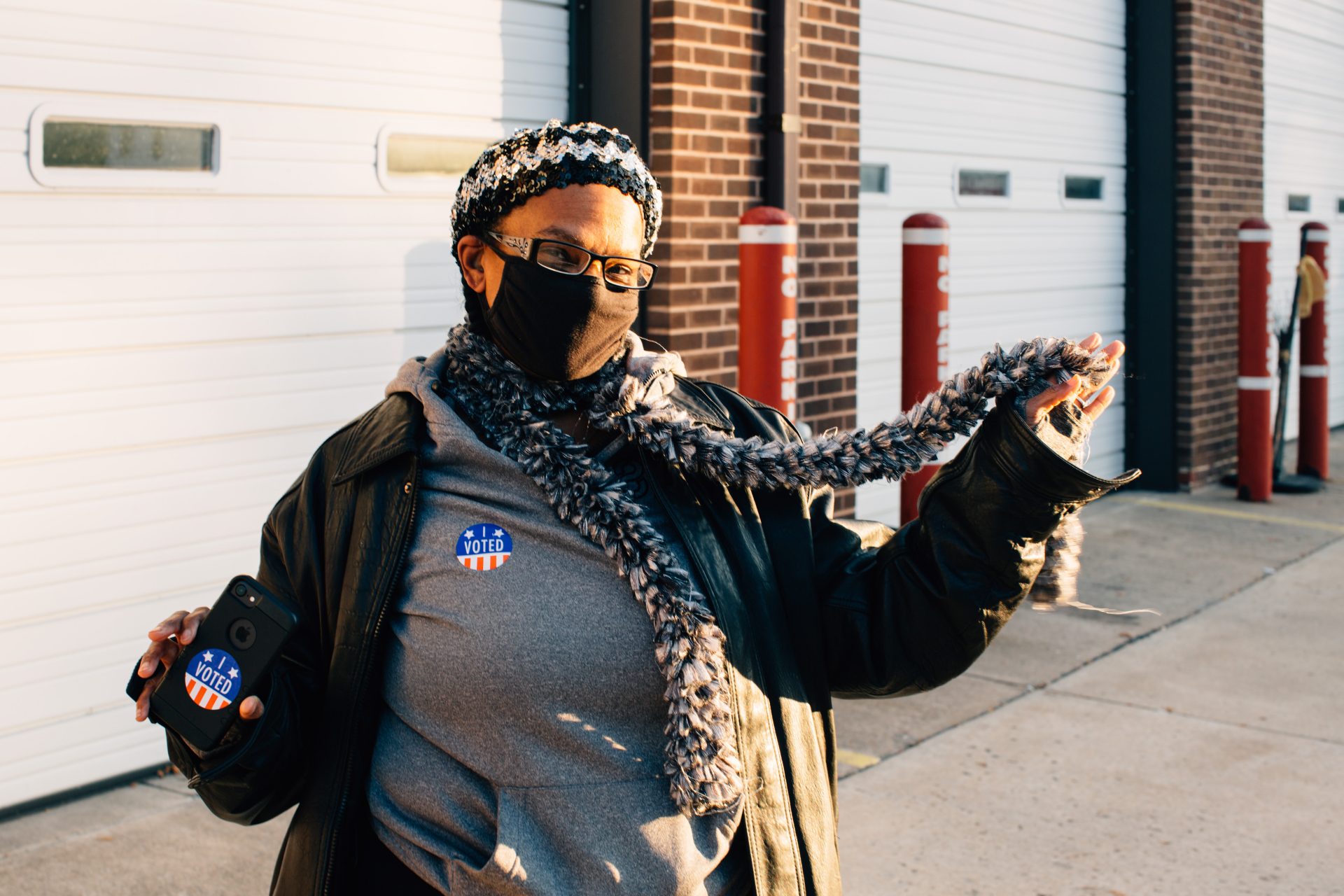 “As a female in the United States, I have the right to vote. I am proud to have been the first [person] in line this morning to make sure that my ballot will be counted.”
— Marina Gilbert, Millersburg 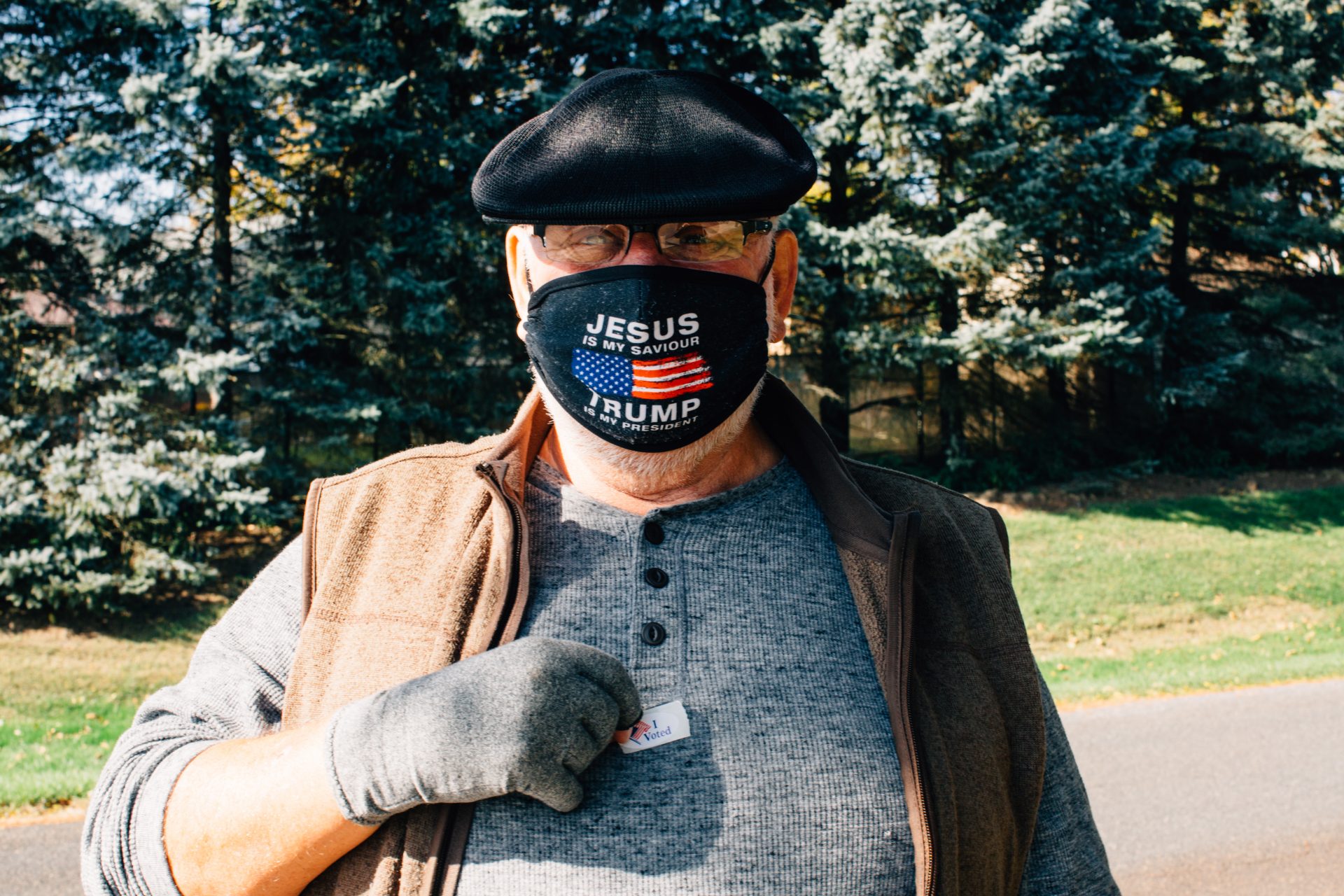 “I do not trust mail-in voting and wanted to make sure my vote was counted. ”
— Bill Eagle, Harrisburg 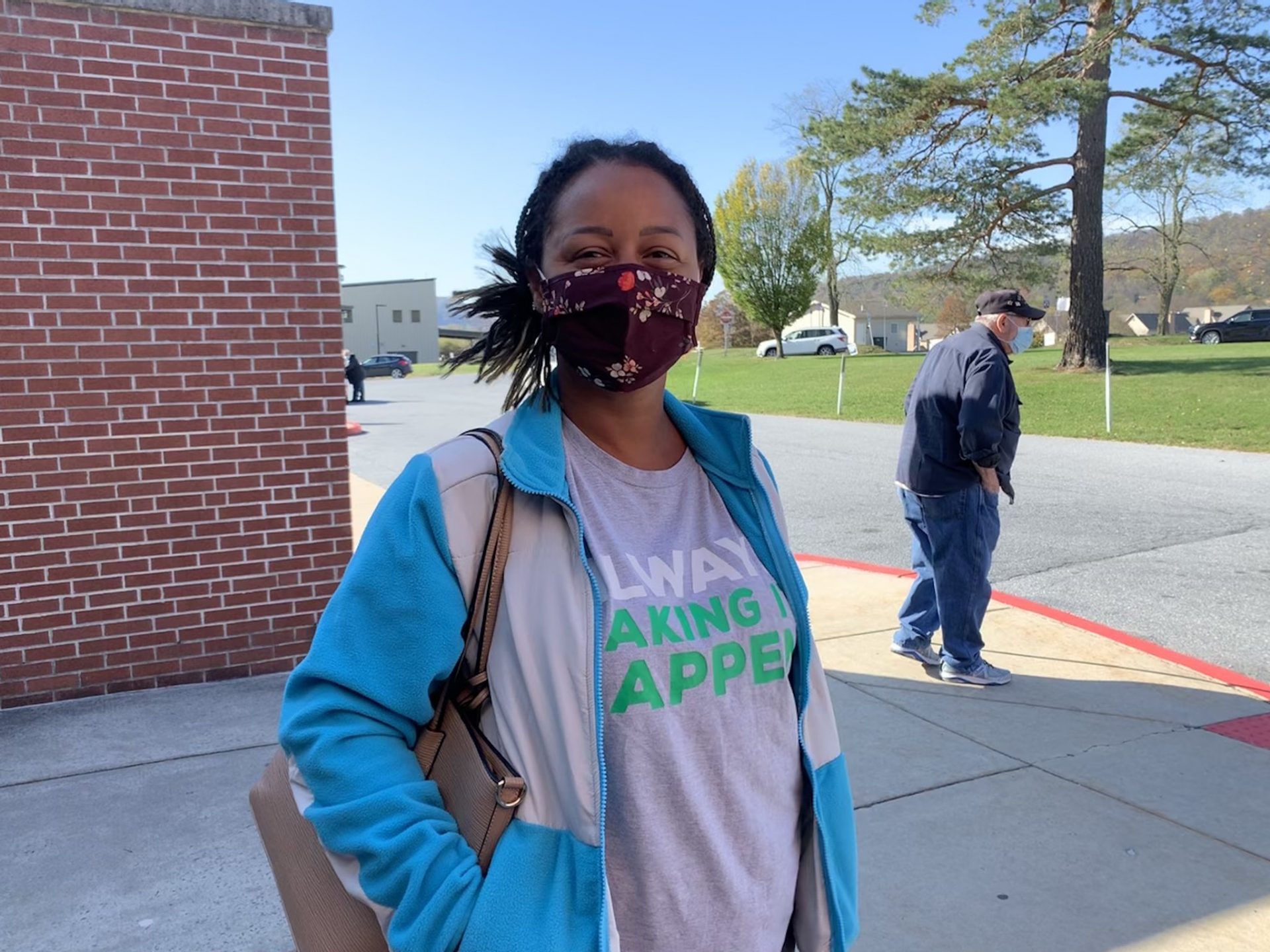 Sami-Jo Smith voted in Susquehanna Township, Dauphin County on Nov. 3, 2020. Originally from Jamaica, Smith was struck by how the U.S. came together after the 9/11 terrorist attacks and she wanted to be a part of that unity. But she said the country looks nothing like that today.

“Right now, it’s either you’re a Democrat or a Republican and that is just such a horrible space to be in. We’re all human at the end of the day, and we’re all Americans.”
— Sami-Jo Smith, Susquehanna Township 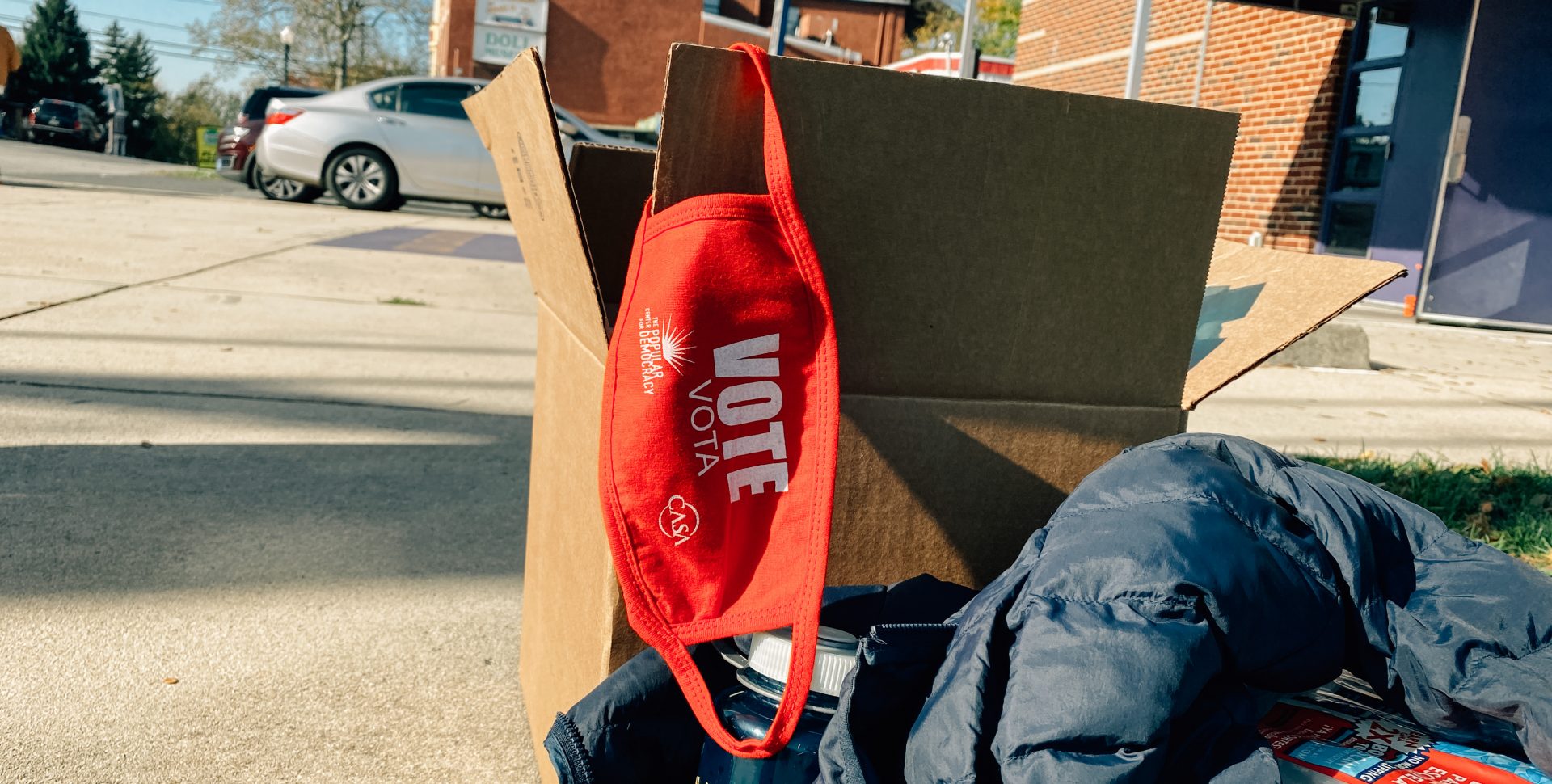 A box of supplies for Voter Guardians with CASA to hand out to voters at Harrisburg’s 15th Ward on Nov. 3, 2020.

Voter Guardians with CASA handed out masks, water and snacks while working at the polls at Harrisburg’s 15th Ward. CASA is an organization committed to ensuring under-represented minorities have access to voting. 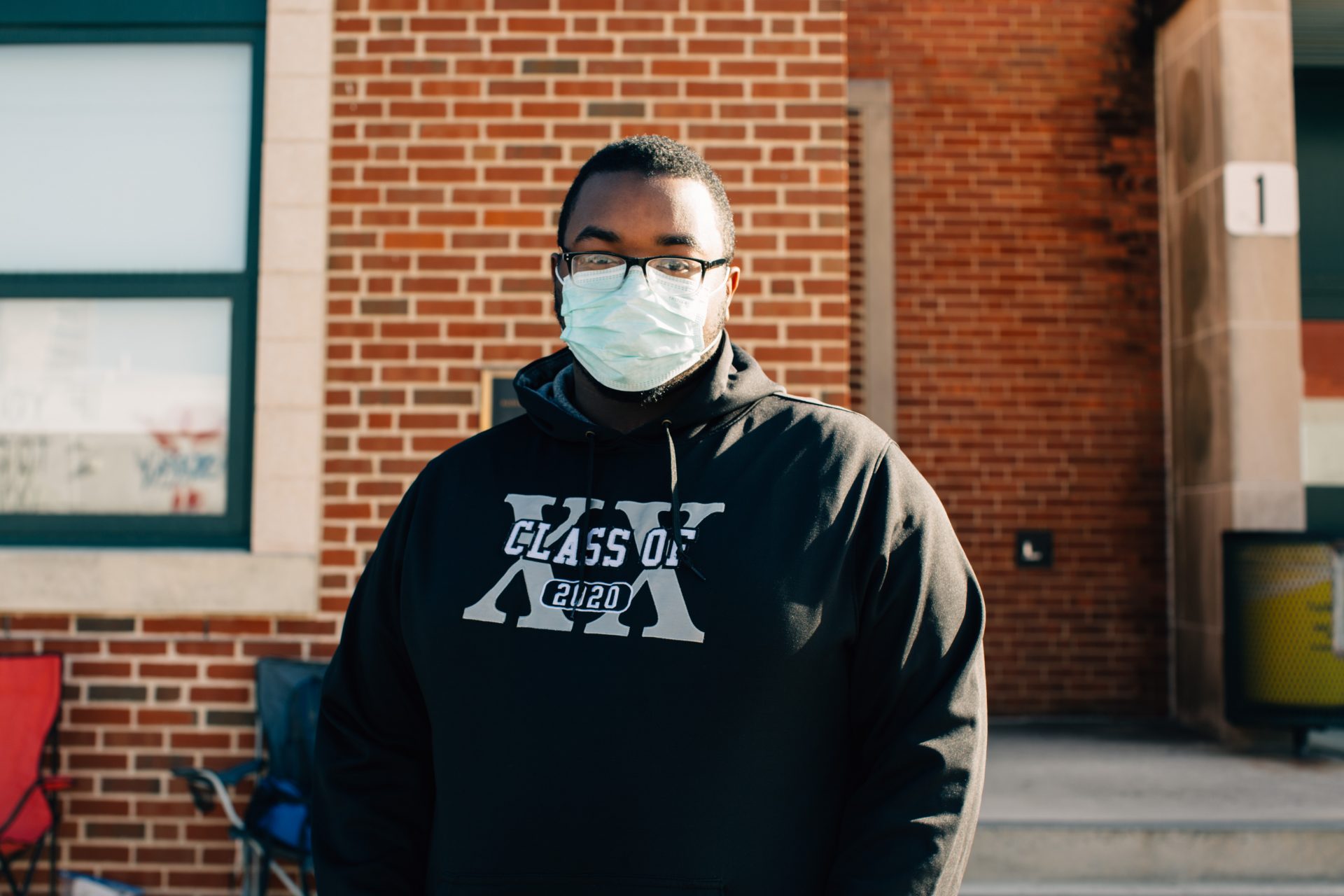 “I voted today because one vote can make a difference.”
— Kuishawn Jackson, Harrisburg 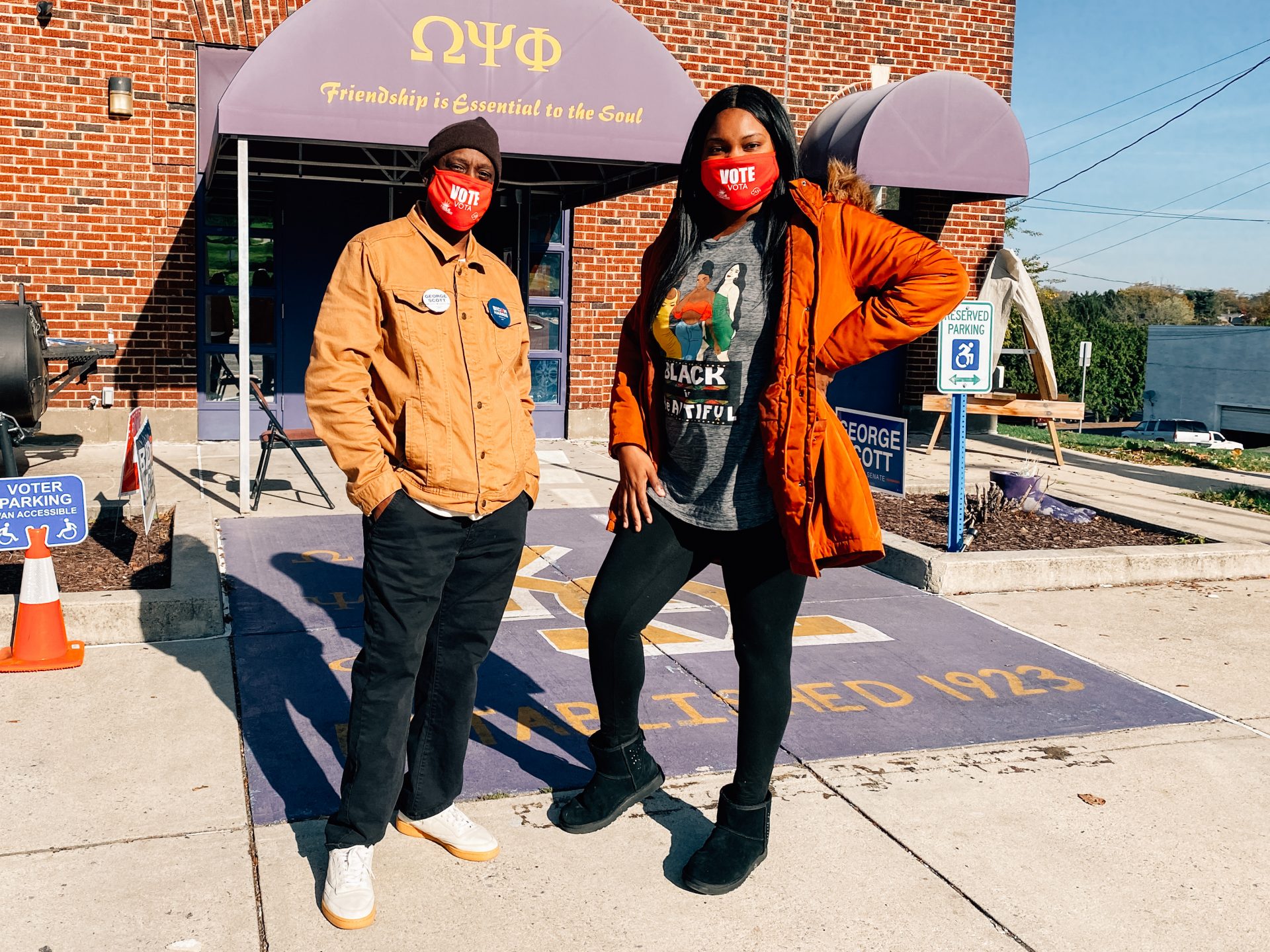 Shaquanna Felder and James May stand outside Harrisburg’s 15th Ward on Nov. 3, 2020.

“I have been here since 7 [a.m.] and haven’t seen any problems or issues.”
— James May, Harrisburg 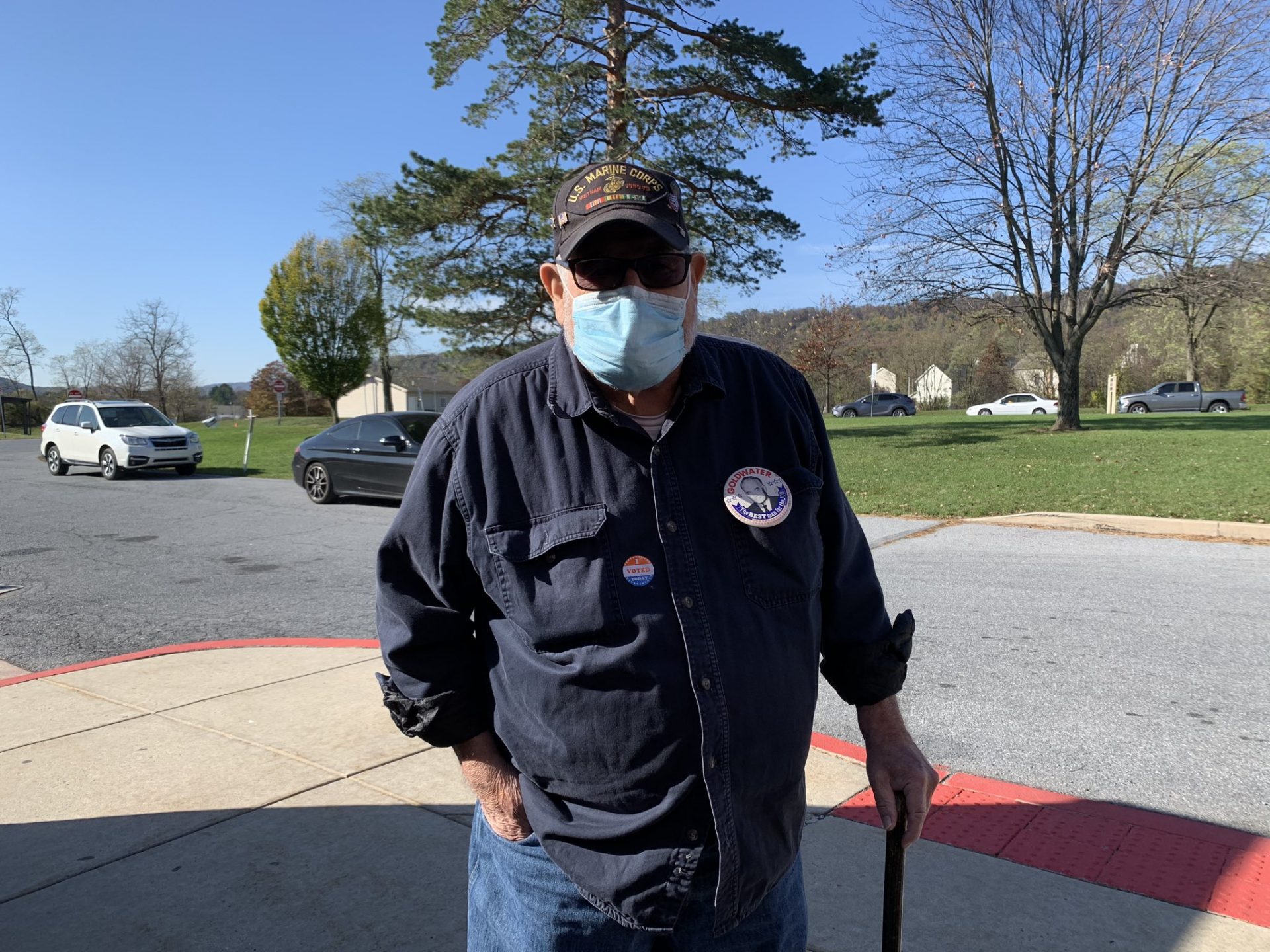 Vietnam War veteran Mark Weinstein is a registered Democrat who voted for Trump in 2016 and again on Tuesday. “I vote for the person,” he said. He’s seen here outside his polling place in Susquehanna Township, Dauphin County on Nov. 3, 2020. 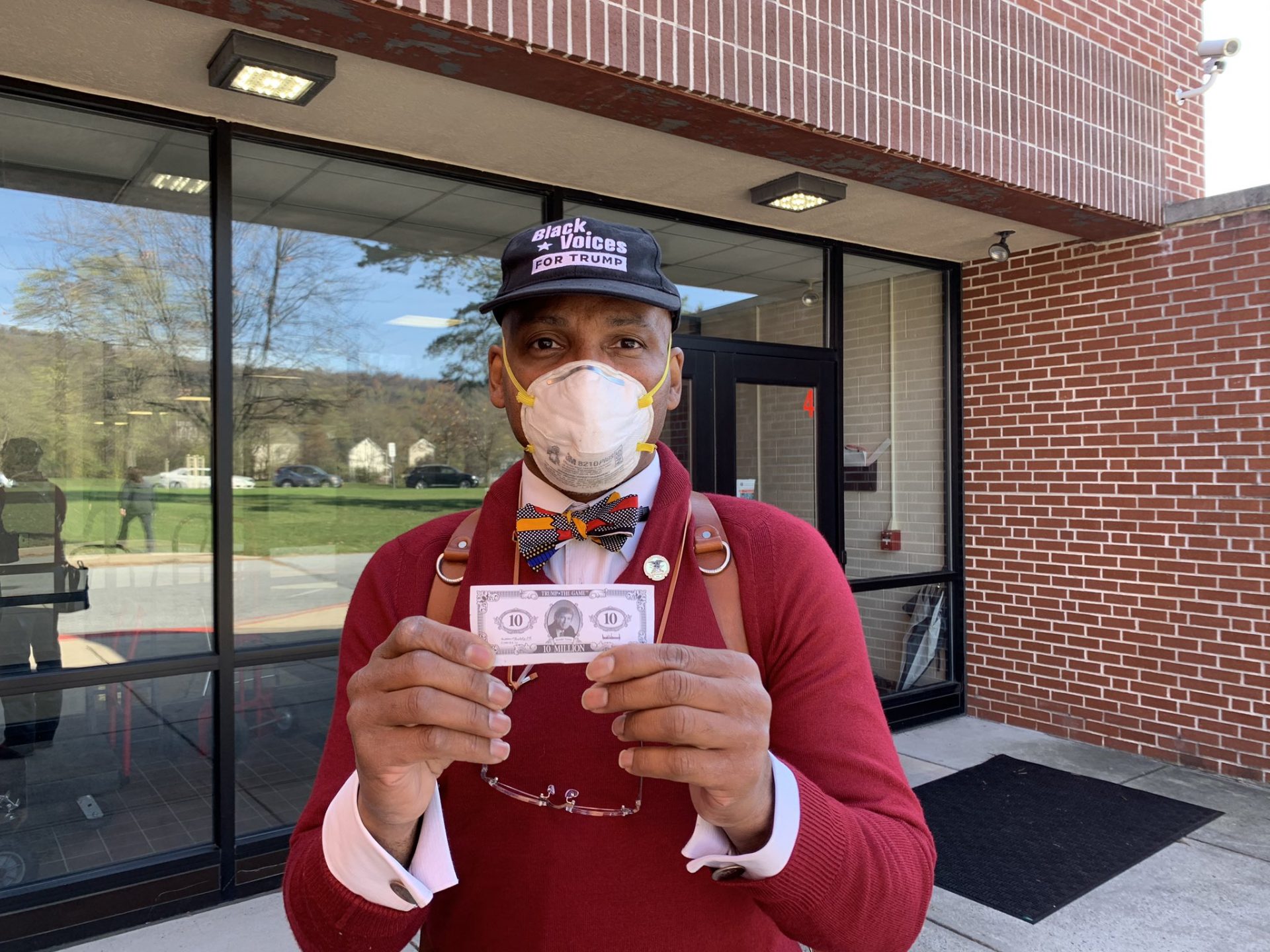 John Bivins of Susquehanna Township, Dauphin County poses with a $10 million bill from a Donald Trump board game on Nov. 3, 2020. The “diehard Republican” said his top issue is national sovereignty. He rejected criticism that Trump has stoked racial tension in the country. 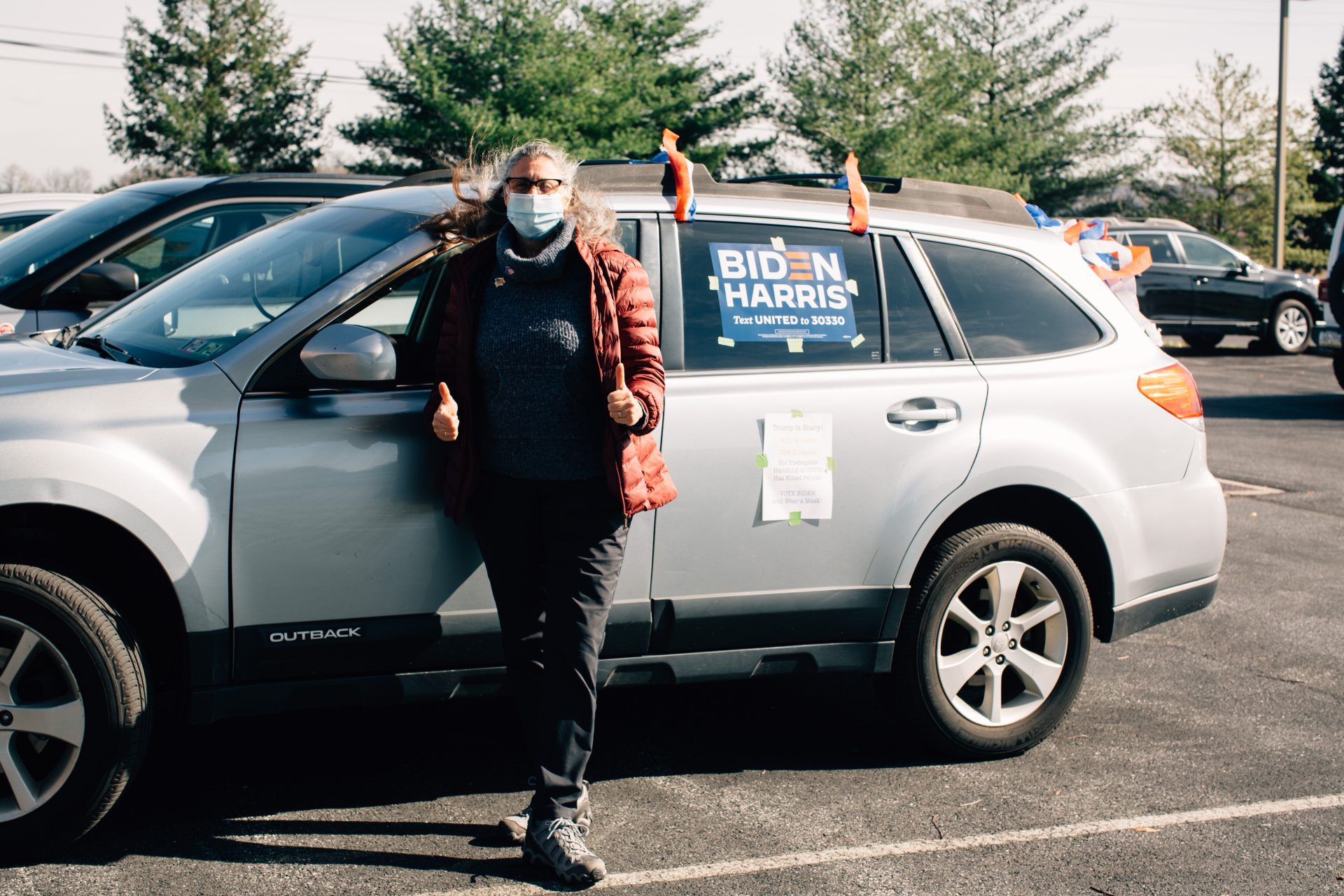 Pat Steely cast her ballot in-person at Palmyra East’s polling so she could physically see her ballot be scanned and ensure it was counted on November 3, 2020. 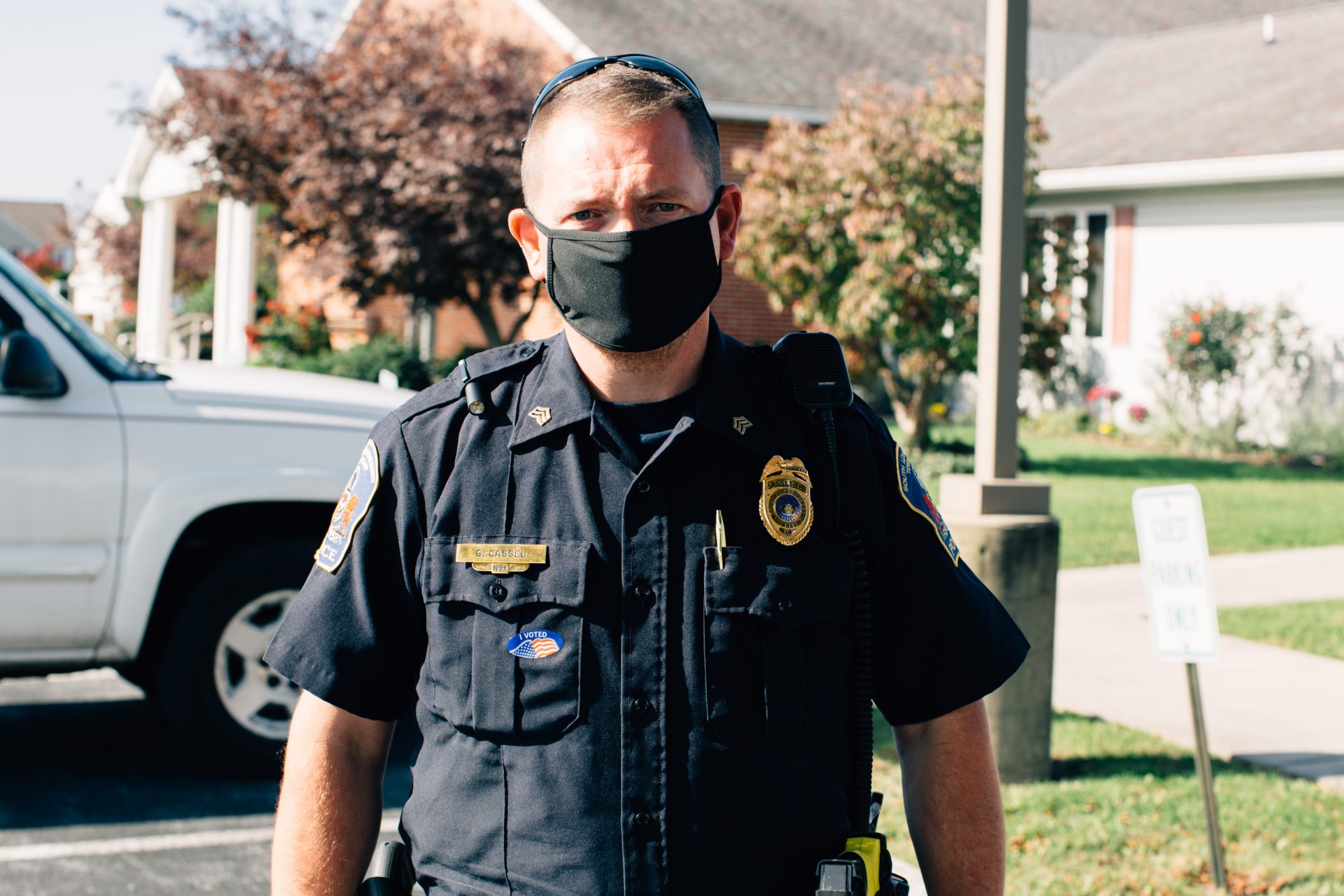 In Lebanon and Lancaster counties, potential voter intimidation incidents appear to be resolved at polling places