His threat of legal action comes as he has been delivering a chaotic closing message during the waning days of the campaign. 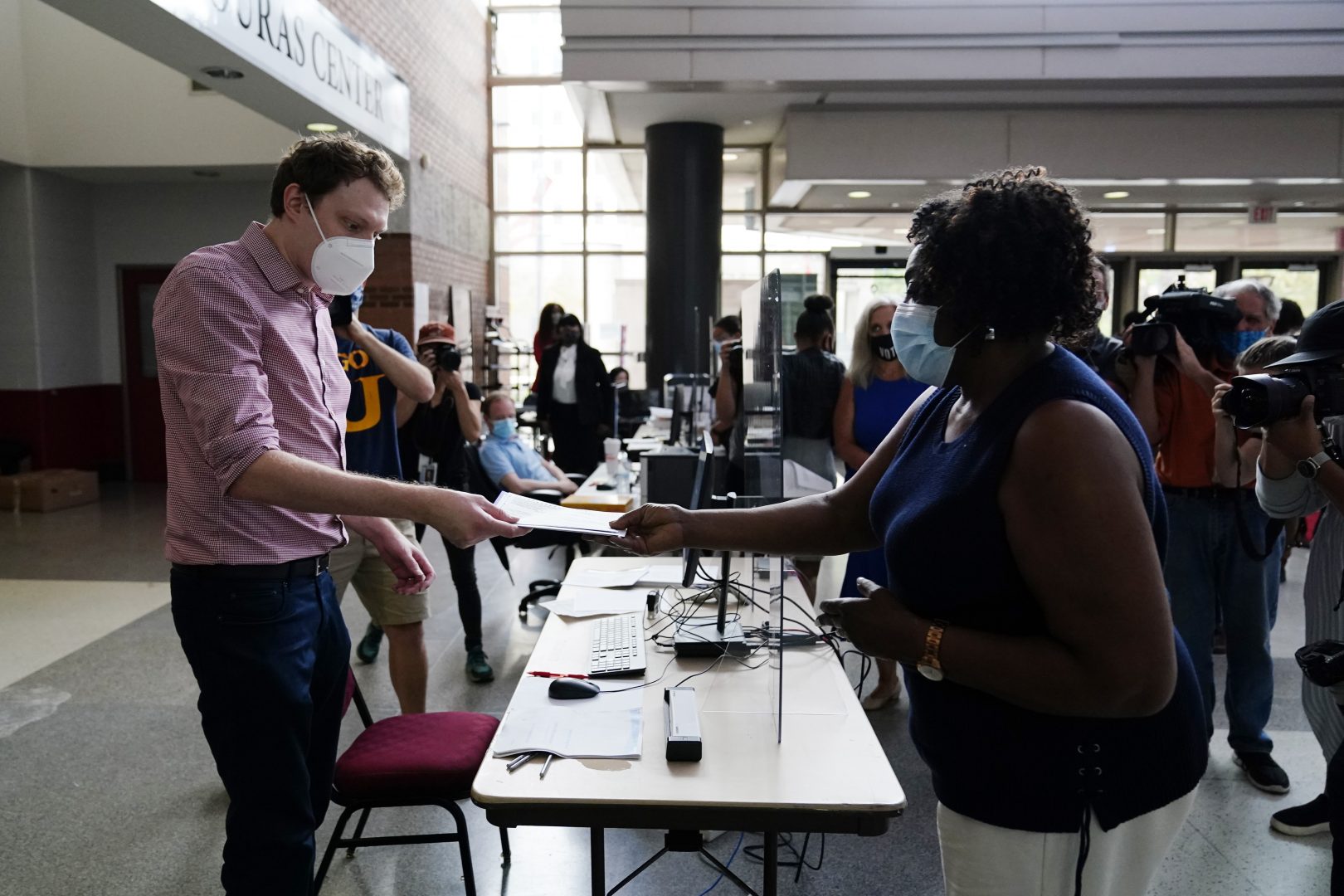 (Washington) — President Donald Trump and his reelection campaign are signaling they will pursue an aggressive legal strategy to try to prevent Pennsylvania from counting mailed ballots that are received in the three days after the election.

The matter could find its way to the Supreme Court, especially if those ballots could tip the outcome in the battleground state.

The three-day extension was ordered by Pennsylvania’s top court. The Supreme Court refused to block it, but several conservative justices have indicated they could revisit the issue after the election.

Pennsylvania Secretary of State Kathy Boockvar, a Democrat, already has told local elections officials to keep the late-arriving ballots separate, but also to count them. She acknowledged that a post-election court fight could change that. 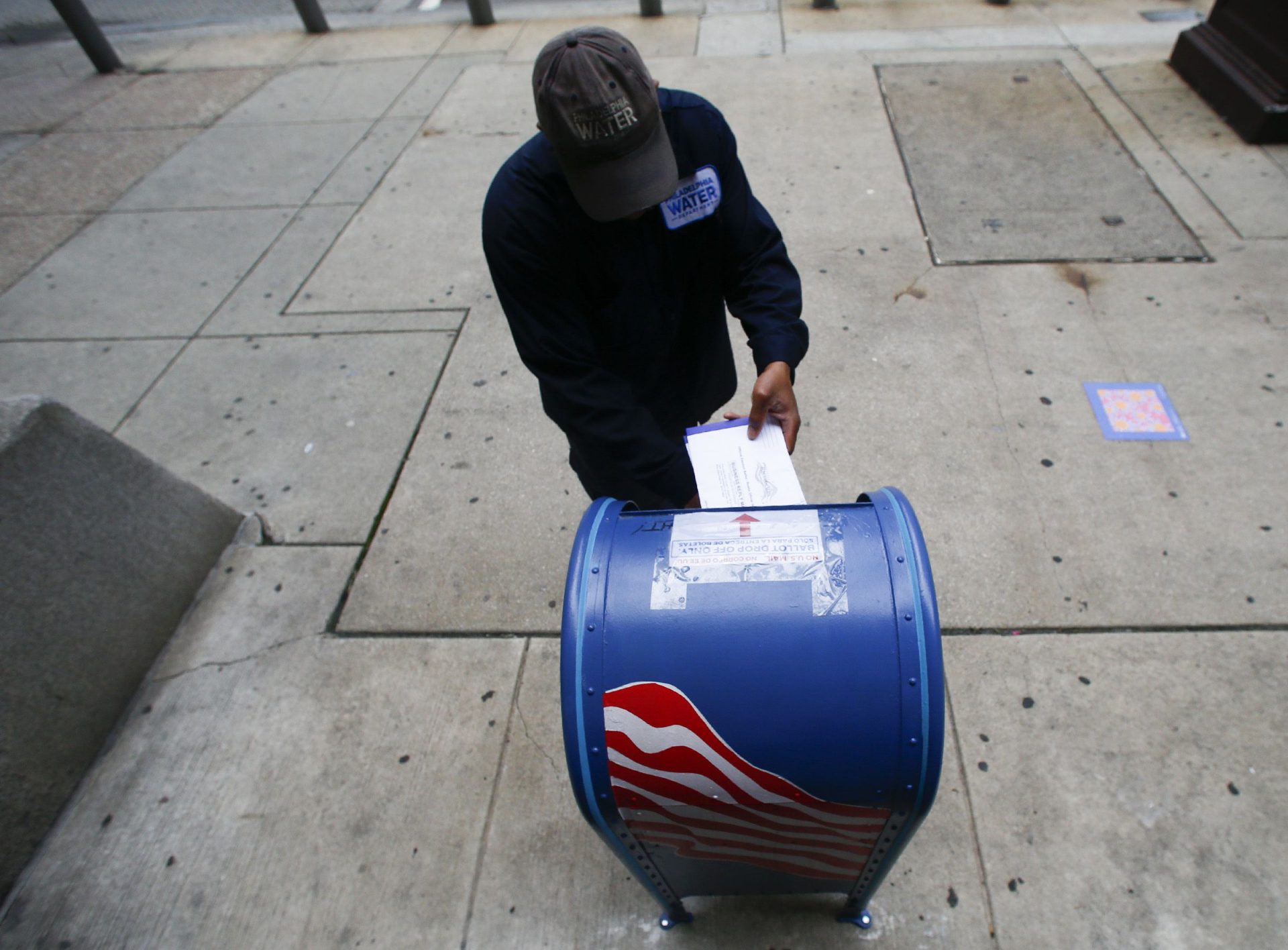 As of mid-week, 2.6 million people had requested and been approved for a mail-in or absentee ballot, and 518,000 had been returned.

Trump’s threat of legal action comes as he has been delivering a chaotic closing message during the waning days of the campaign as he lags behind Democratic rival Joe Biden nationally and by narrow margins in key battleground states. The president has made a flurry of last-minute campaign stops trying to hold onto states he won in 2016, including Pennsylvania, Florida and North Carolina. Over the weekend, he continued to rail against absentee ballots, frustrated by a Supreme Court ruling that didn’t deliver a clear GOP win, continuing a monthslong push to sow unfounded doubt about potential voter fraud.

Trump said the high court’s pre-election refusal to rule out the extension was a “terrible decision.” He also said that once the polls close Tuesday, “we’re going in with our lawyers.”

Justin Clark, the deputy Trump campaign manager and senior counsel, said Boockvar “is blatantly attempting to steal this election for Joe Biden and the Democrats. But make no mistake: President Trump and his team will continue to fight for the free, fair election and the trustworthy results all Americans deserve.”

The legal issue is whether the extension ordered by the Pennsylvania Supreme Court, relying on voter protections in the Pennsylvania constitution, violated the U.S. Constitution. The argument advanced by Republicans is that the Constitution gives state legislatures — not state courts — the power to decide how electoral votes are awarded, including whether absentee ballots received after Election Day can be counted.

Roughly 20 states allow for late-arriving ballots, but Pennsylvania’s Republican-controlled legislature did not authorize an extension, even with the huge increase in mailed ballots because of the coronavirus pandemic. Similar ballot-deadline extensions have resulted in court fights in Minnesota and North Carolina. 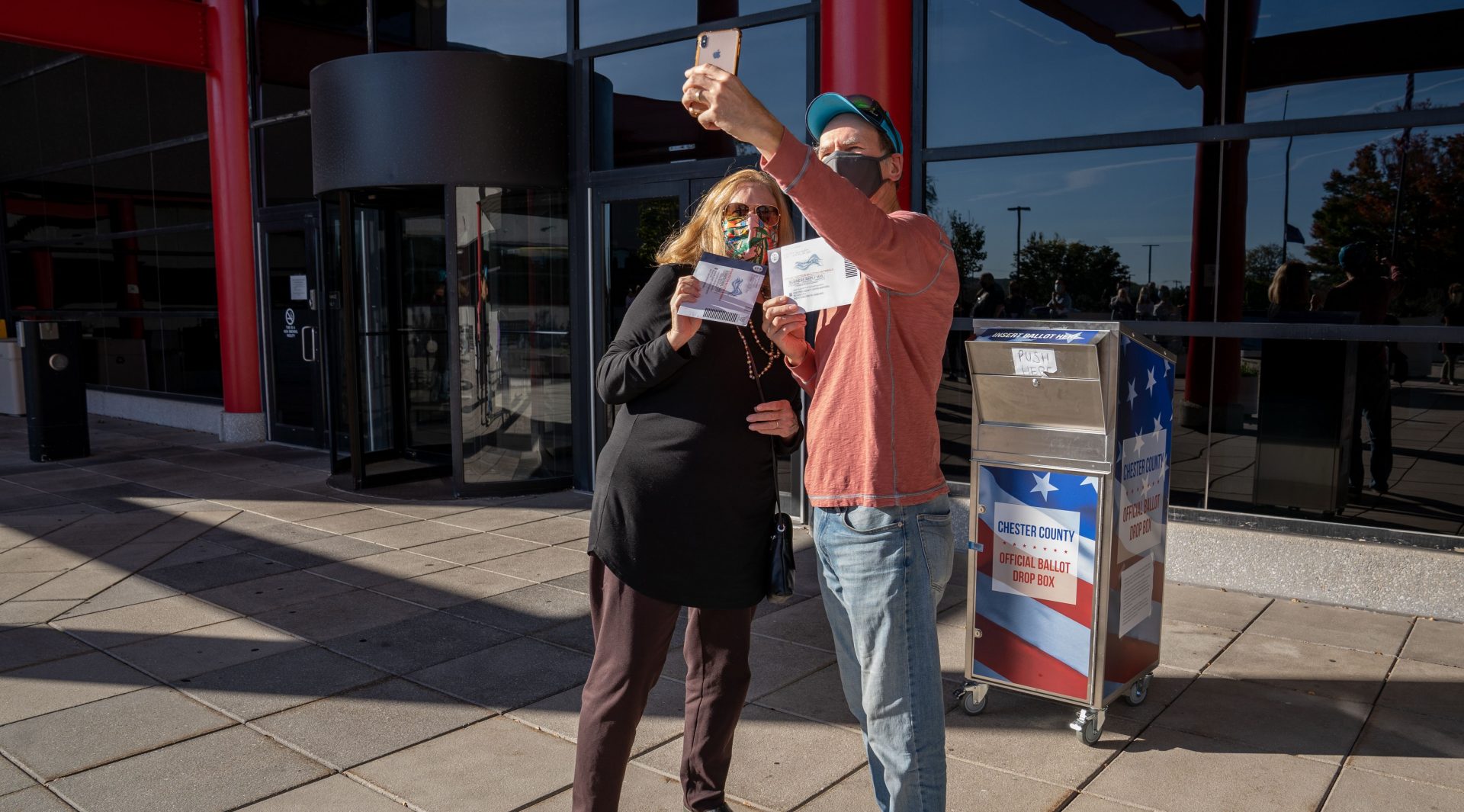 The latest challenge came as the state’s top elections official, Kathy Boockvar, urged voters not to count on the extension, and instead mail in their ballots right away to get their votes counted.

The Supreme Court generally does not second guess state courts when they rely on their own constitutions. But Democrats were alarmed by Justice Brett Kavanaugh’s reference to the court’s 2000 Bush v. Gore decision that effectively decided the presidential election in favor of George W. Bush. Although it was not the majority opinion in the case, an opinion joined by three conservative justices in 2000 would have ruled for Bush because the Florida Supreme Court’s recount order usurped the legislature’s authority.

The Supreme Court has never cited Bush v. Gore as the basis for a decision of the court. Kavanaugh is one of three justices who worked for Bush in the Florida case 20 years ago. Chief Justice John Roberts and new Justice Amy Coney Barrett are the others.

Despite Trump’s recent criticism of the court, he has said that one reason he pushed for Barrett’s quick confirmation as a justice was to have her on the court for any post-election disputes. Barrett, Kavanaugh and Justice Neil Gorsuch are the three Trump appointees on a court that now has a 6-3 conservative advantage.