A sign encourages newly sworn-in U.S. citizens to register to vote outside a naturalization ceremony in 2019 in Los Angeles. After failing to get the now-blocked citizenship question on the 2020 census, the Trump administration is continuing to gather government records to produce citizenship data for redistricting.

They want to vote, but legally can’t. The Pa. voices that won’t be heard

While many election stories this year have focused on partisans, undecideds or infrequent voters, this is a look at the hopes and worries of people whose lives could change drastically with the outcome of Election Day without them having a chance to participate.

(Philadelphia) — Due to age, immigration status, or lack of a permanent address, millions of Pennsylvanians whose lives will be shaped by the 2020 election cannot vote in it.

Many pay taxes, send their children to school, or attend school themselves. Some have worked in essential services during the pandemic. Some are serving prison terms for felonies and won’t get their franchise back until they return to society. Others may be on the cusp of voting, in line for citizenship, or about to turn 18. Some may never gain the privilege.

While many election stories this year have focused on partisans, undecideds or infrequent voters, this is a look at the hopes and worries of people whose lives could change drastically with the outcome of Election Day without them having a chance to participate. 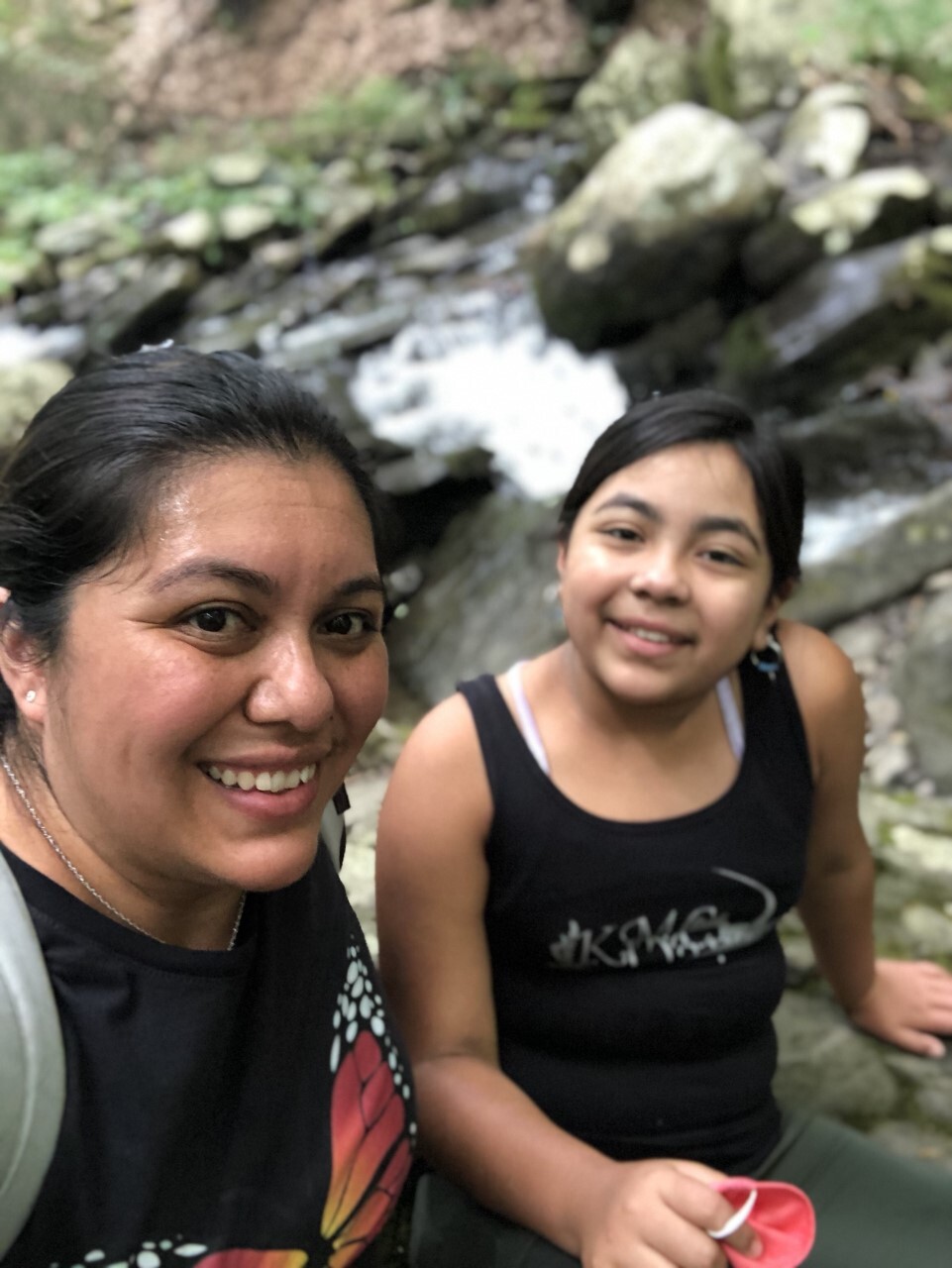 DACA recipient, has been in the U.S. for 28 years, mother to an 11-year-old daughter, works full time as a legal assistant to an immigration attorney.

On voting: “My family always tells me I’m the most politically involved out of everybody, and at this point, my entire family is either a legal permanent resident or a United States citizen, and I’m the one that’s always watching the debates and keeping on top of everything … convincing people that they need to register, that they need to vote.

In a dream, I think of some day, maybe far in the future, being able to cast my first vote in the United States. It’s a weird feeling, it’s like there’s a lot of hope, at the same time it’s disappointing to think that you know I’ve been here 28 years, my family all has status, and it’s been impossible so far for me to get any kind of status, but … I do dream of it.

There are so many of us who wish that we could go out and vote. I think that a lot of times people think of voting as a hassle, but I urge you to think about it as a privilege. You have the right and the responsibility to go out there and cast your vote for this country, so get out there and vote, for all of us who can’t do it.”

Context: In Pennsylvania, there are 4,480 young people with Deferred Action for Childhood Arrivals, or DACA, status who were brought to the U.S. unlawfully as children but who may have no ties to their home country. Pew estimates there are 170,000 undocumented people living in Pa.

Scientist, permanent resident of the U.S. since 2018, but not a citizen, came to the U.S. to continue her research after a Ph.D. in the U.K.

On voting: It’s a weird feeling, this election particularly, similar to 2016, but this even more, because we are in the middle of the pandemic. [It] feels … very hard to tolerate for people who cannot vote but are going to endure whatever decision the country makes.

I feel there’s so much at stake in this election. I feel strongly … like, ‘Yeah, I do want to be a citizen, because I want to vote, I want to contribute, I want to make sure that my voice is heard too.”

On what’s at stake: “The topic that is very close to my heart is definitely health care. Coming from Europe, you have free health care. You don’t have to be worried about the emergency room, you walk in and you get your health care, you can go to the doctor.

And all these things that they say about in Europe you make a doctor appointment, you get it after eight months, they never happened to me. I don’t know who they happen to.

I do feel strongly to this election particularly. I don’t know if, in two years and a half, I’m going to feel so strong about the ability to vote. Maybe I will still … but I think today is probably the time in my life where I felt more politically involved than I’ve ever been.”

Context: They are the 270,000 permanent residents in Pennsylvania whose green cards give them nearly every right to live and work in the United States, but not the right to vote.

On voting: “I hear all the time, people are surprised I can’t vote. Maybe I’ll get it when I’m able to vote, but it doesn’t seem like a big boundary to me, and I don’t see it as being disconnected.

Last November, when I first poll watched in West Philly for Kendra Brooks’ campaign and the Working Families Party, I was able to talk to voters, convince them to vote for Kendra, feel that triumph … when she won. Since then, I’ve been paying attention to national politics and Congress, that’s where the Sunrise Movement has been focusing most of its energy, especially after Bernie dropped out. And I got really involved in the Sunrise Movement’s phone bank team, helped get Jamaal Bowman elected, we were also supporting Mike Siegel who’s in Texas, and Cori Bush.

I’ll definitely be excited to vote. I’ll be most excited that most of my friends will be able to vote too. so I’ll be able to talk with them about it. That’s what I look forward to the most.”

Context: There are more than 500,000 high school students in Pennsylvania who will come of age during the next administration.

Poet, translator, 2018 Philadelphia poet laureate, now living in Puerto Rico so will not be able to vote in the 2020 U.S. presidential election.

On voting: “I cannot vote in the upcoming election … here, we do not have voting rights for president nor representatives in Congress.

We do not have representational power in the U.S. but we still have a relationship to the U.S., which places the U.S. government and federal government in control of everything that happens on the island. And so it’s a very conflicted relationship, because it means that even though what happens with the election will affect us, we can’t affect the election.

It’s funny because when I was in Philadelphia, I was able to vote, but the first time around, out of sort of protest, I chose not to vote because I felt that it was unfair that in Puerto Rico I was unable to vote for so long …

On how the U.S. election affects Puerto Rico: “The members of the oversight and management board are selected by the president…This board, which is not elected … no one in Puerto Rico chose these members, has a say in what happens to the finances of the island, and it goes above the governor and the legislature … So even if a decision gets made on the island, it can be overridden by the federal government.”

On voting in Puerto Rico’s elections next week: “It’ll be first time that there is a threat to the … two party system. … a lot of people are placing their hope in a change hopefully from the old political party system to a new one.”

Context: More than 3.5 million people live in the U.S. territories of Puerto Rico, the U.S. Virgin Islands, Guam, the Northern Mariana Islands, and American Samoa. While residing in those territories, they do not have the right to vote in U.S. elections.

Originally from Liberia, home health aide who takes 4 buses to work because she can’t get a driver’s license, in the United States since 1991, wants to be anonymous because she fears talking openly will affect her green card application.

On what’s at stake: “The things [President Donald Trump] said about “s—hole countries” [in Africa], it bothered me. But when you don’t have anything to fall back on, you cannot voice your opinion. That’s the one thing you’re not allowed to do. If you don’t have like a green card, you’re not allowed to voice your opinion on stuff like that. So for most Africans, they just sit back and don’t say anything … The immigration system is not great. Some people have been here for over 20 years and they’re just now getting to have a green card … But because you’re from Africa, it’s just not that important to them. You talk to an African person and they’ve been here 10-20 years and they’re still in that line waiting. It’s not fair, and there has to be a better system for immigrants.”

Context: There are more than 10,000 people from Liberia living in the greater Philadelphia metro area, according to the U.S. Census Bureau. Many fled civil war at home during the 1990s and 2000s. In some cases, they have been able to naturalize, but many have provisional permission to be in the United States, called Temporary Protected Status. In 2019, under Trump, the Liberian Refugee Immigration Fairness Act passed, allowing some long time residents like V.G. to apply for permanent residency. 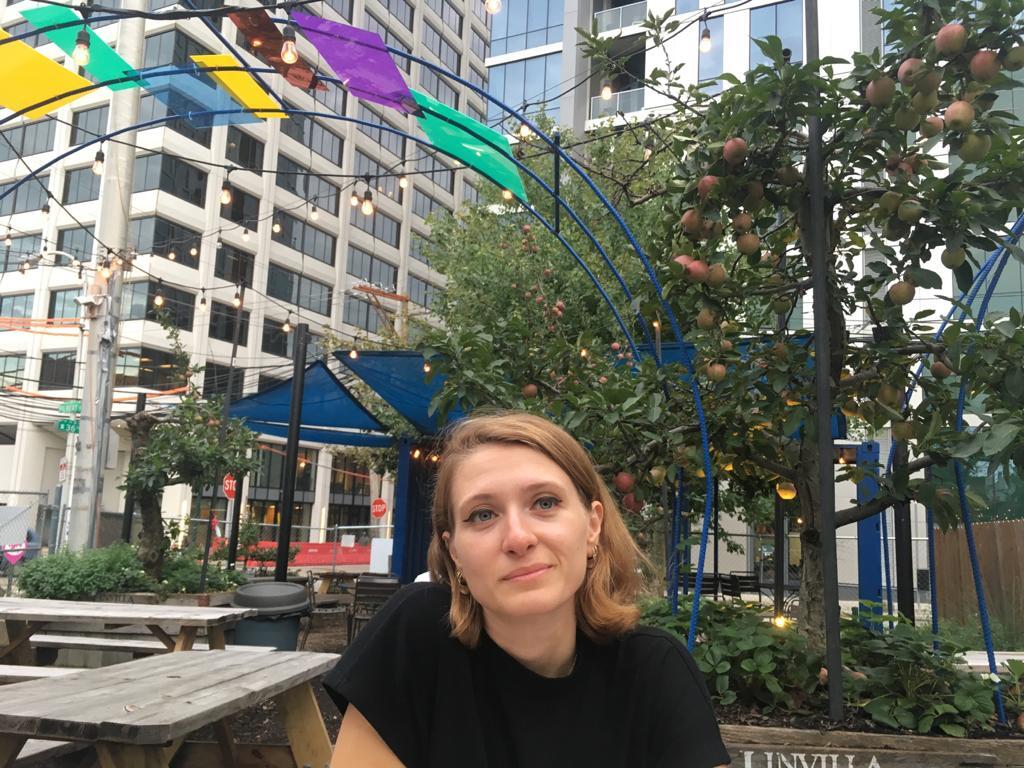 Cancer researcher, came to the U.S. from Turkey for college and has been here for 10 years, subject to coronavirus-related White House travel ban on anyone holding a work visa.

On voting: “Not being able to vote in this election affects me in a way where I don’t get to have an input on the next four years, and whether I will be able to visit family or not.”

We hear people saying … ‘I’m moving to Canada’ … I don’t want to even consider that, even if maybe that could be a possibility for me, because I have built my life and my friends here in the U.S., especially in Philadelphia, for the past 10 years and I have my community here … I don’t want to give up on that.”

Context: In Pennsylvania, New Jersey, and Delaware, there are nearly 59,000 skilled workers on H1-B visas, recruited to work in fields from accounting to academia.

As election nears, Pennsylvania farmers — who see effects of climate change up close — have a list of things they'd like to see from government leaders