If the president were to win all of the toss-up states, he'd still come up 11 electoral votes short. That's where Pennsylvania comes in for the Trump campaign. 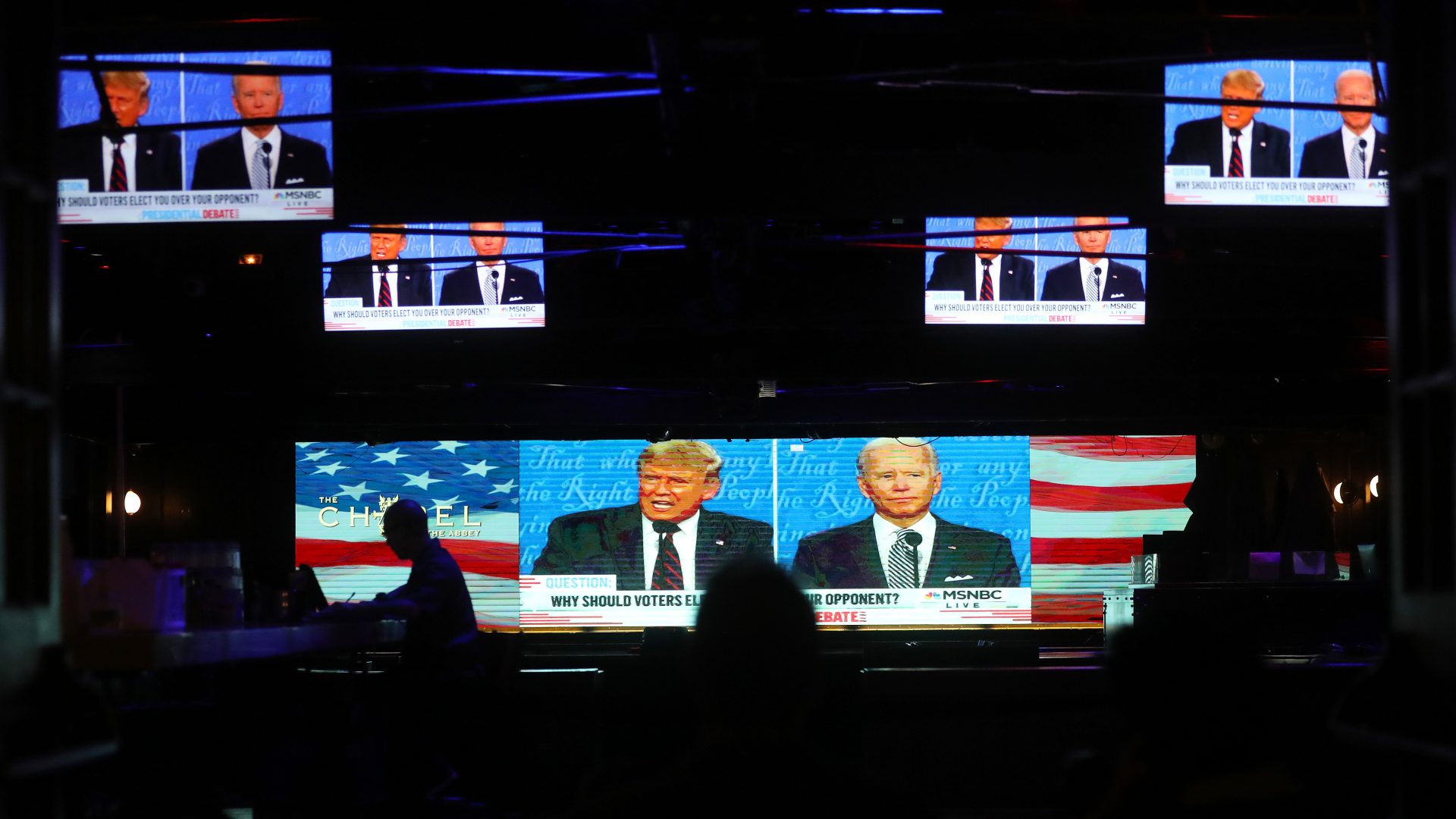 (Washington) — The final NPR Electoral College map analysis shows Democrat Joe Biden going into Election Day with the clear edge, while President Trump has a narrow but not impossible path through the states key to winning the presidency.

That means even if Trump were to win all of the toss-up states, he’d still come up 11 electoral votes short and would need to win over at least one state currently leaning in Biden’s direction. The Trump campaign has its eyes on Pennsylvania.

Trump faced a similar predicament in 2016, though if he were to win this time, it would indicate an even greater polling error than was seen in key states four years ago.

The math is daunting but does not rule Trump out entirely. He is within the margin of error in all seven of the toss-up states and the one toss-up congressional district in Maine. (Unlike every other state, Nebraska and Maine are not winner-take-all. They apportion their electoral votes through a combination of statewide vote and congressional district vote.)

In Texas and Ohio, Trump currently leads narrowly in the polling averages. In the others — Georgia, Iowa, Florida, North Carolina, Arizona and Maine’s 2nd congressional district — Biden leads by about 3 percentage points or less on average.

If all of those go Trump’s way, and if all the states leaning toward Biden except Pennsylvania stick with the former vice president, suddenly it would be a 259-to-259 map.

That would make Pennsylvania the decider and it’s a state that could take longer to count its vote this year, because it’s not used to processing the high amount of mail-in ballots it is receiving this year. That could result in a scenario with an election hanging in the balance well past election night.

Peeling off Michigan by itself would also give Trump enough electoral votes in this scenario, as would winning a combination of Wisconsin and the one electoral vote in Nebraska.

So in short, there’s a lot of uncertainty heading into Tuesday. Yes, Biden has been consistently ahead nationally and holds small but consistent leads in the competitive states. But for lots of Democrats, well, they’ve heard that before.

When all the votes are counted, it’s very possible we could see a Biden blowout — or a Trump squeaker.

What we changed and why

Arizona (Lean D to Toss-Up): All Toss-Ups aren’t created equal. This one is a tip of the scale toward Biden. He has held a narrow but consistent lead in Arizona, not trailing since early March. This month, Biden expanded his lead to about 4 points on average. Even then, that was right on the threshold of a move, especially for a state that hasn’t gone Democratic in a presidential election since 1996, which was a three-person race. If Biden maintains his edge with suburban white voters and there’s strong Latino turnout, this one is ripe for the flipping.

Texas (Lean R to Toss-Up): Insert folksy metaphor here for “I’ll believe it when I see it,” because this ain’t our first rodeo. But early voting is through the roof, and it includes lots of young people and Latinos. While Trump has taken a small lead in polling, the race is still stubbornly close, and extrapolating out what the high turnout means is an unknown variable.

Montana (Likely R to Lean R): Montana, you ask? That’s right. Now, is Biden going to win Montana? Probably not. But this is a state that Trump won by 20 points in 2016, and he’s up, if you can believe it, just 6 in the latest polls. This is also good news for Democratic Gov. Steve Bullock in his Senate bid, as Democrats seek to take back that chamber. So Montana joins Missouri, Nebraska, Kansas, Alaska and South Carolina, as well Georgia, Texas and Arizona, as traditionally Republican states where Trump is underperforming.

What accounts for this is Biden’s support among white voters and Trump’s unpopularity. Even in Montana, Trump’s approval rating is only 49% approve, 49% disapprove. Especially because of Biden’s likely uptick in Texas, it means he could be on track to win a larger margin in the national popular vote than Hillary Clinton did in 2016. Imagine a scenario in which Biden loses narrowly in the states key to the Electoral College while winning a 5 million to 7 million popular vote margin. It’s possible.

New Hampshire (Lean D to Likely D): Biden’s lead has grown here to double digits. The state has a high percentage of whites without college degrees and went for Clinton in 2016 by only about 2,700 votes, but Trump’s approval rating here is the worst of the competitive states.

What we didn’t change

Ohio (Toss-Up): Trump is trending upward in the polls and has taken a lead here. His campaign is also confident it will win here. It’s still close and in the Toss-Up range, but this one is a tip of the scale to Trump.

Iowa (Toss-Up): It should be Lean Republican, given Trump’s big win here in 2016, but it continues to be polling as a Toss-Up. It’s not inconceivable that Biden could win here. He’s polling well with white voters for a Democrat, and Barack Obama won Iowa twice.

Pennsylvania (Lean D): It remains Lean Democratic, but the race has tightened slightly from earlier this month. Biden held a comfortable 7-point lead three weeks ago; he’s now up 5 on average. The Biden campaign has expected that tightening, as wavering Trump 2016 voters make up their minds. And this is one of the most hotly contested states in the United States. But Biden continues to be at or above the 50% mark, which means Trump has to win over not only late-breaking undecided voters but also people who are saying they’re voting for Biden.

Kansas and Indiana (Likely R): Just noting that both of these states are just about at or within 10-point margins. Trump won Kansas by 21 points in 2016 and Indiana by 19. Trump will likely win them again, but a tighter margin is going to pile onto Biden’s potential popular vote lead. And more Biden voters in Kansas means more voters for Democrat Barbara Bollier in the competitive Senate race there.