Studies have shown Black men are at a higher risk for mental health issues due to societal factors such as discrimination and unemployment. Yet therapists say Black men are not receiving the care they need, either because of a lack of therapists in their communities, the high cost of care, or the stigma surrounding mental illness and getting treatment.

They said expanded access is needed more than ever this year, as Black men feel both the effects of the COVID-19 pandemic and the impact of hearing about incidents of racism and police brutality or experiencing it themselves.

“There are the traditional community health centers and health care clinics that have incorporated mental health clinicians into their services. But we really do need to discuss the barriers that are keeping people, especially within communities of color and the Black community, from accessing these resources,” said Dr. Adriana Torres-O’Connor, president and CEO of Mental Health Partnerships.

“We need to acknowledge the effects of racism, and they do impact the Black community, and Black men in particular at a structural level, as well as an institutional level. This results in discrimination at every level — housing, employment, education, mental health and health care disparities, as well as inequalities in the justice system, which look like many things, including Black men having harsher sentences, as well as other examples of racism rooted in disenfranchisement.”

Studies have shown Black men are at a higher risk for mental health issues due to societal factors such as discrimination and unemployment. Yet therapists say Black men are not receiving the care they need, either because of a lack of therapists in their communities, the high cost of care, or the stigma surrounding mental illness and getting treatment.

“Overall, there is a stigma within mental health, it is intensified within communities of color, and … there is shame and negativity about asking for help,” Torres-O’Connor said.

Zakia Williams, co-founder and clinical director of the Ardmore-based grassroots organization Black Men Heal, explained: “As Black people, we’re told, ‘What goes on in the house, stays in the house.’ Stigma is also connected to shame, and shame prevents connections, and without connections people feel isolated, they feel empty and they feel ashamed of what’s going on.” 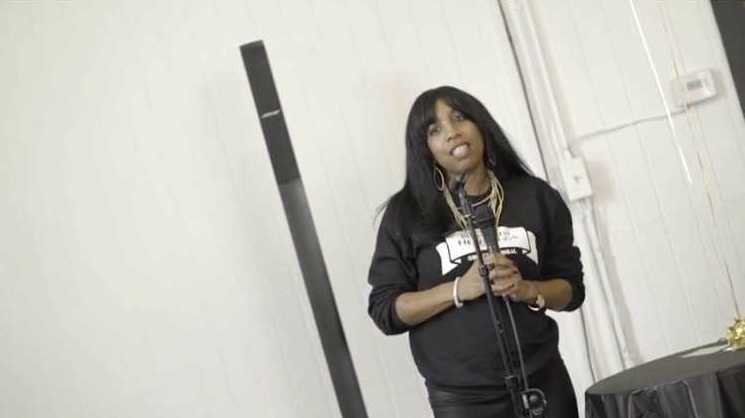 “It’s changing slowly but surely. Our motto is, ‘Healed men heal men.’ So when these men go out to their communities and talk about their positive experience, it will trickle down to where going to see a therapist will be the same as going to see a dentist,” Williams said.

Black Men Heal was created in 2018 to address access to mental health care, Williams said, noting, “It’s a huge disparity to get mental health in these urban cities.”

“There are distinct disparities between mental health and health care systems based on real-life abuse and trauma the Black community has experienced historically, for example the abuses of the Tuskegee experiment,” she said. “There’s a lot of systemic challenges that do exist within the Black community, which makes it difficult to get high quality care.”

According to the American Psychological Association, only about 4% of psychologists are African American. And some studies show that a large percentage of Black clients prefer Black therapists.

“When you have a partner in your care that looks like you and has a lived experience that is similar to you, that is very important and transformative in healing work,” Torres-O’Connor said.

Black Men Heal offers access to Black therapists for clients of all socioeconomic status, and also provides care for those with lower incomes that includes eight free sessions and sliding fees that clients can afford.

“Our Black clinicians and our Black clients build a therapeutic alliance, which is one of the No. 1 components of successful therapy, so they do have good outcomes,” Williams said.

Black Men Heal does not provide crisis management because of current funding levels, but refers men experiencing crises to other organizations. Williams said more funding is needed so that organizations like hers can expand access to care.

Clients of Black Men Heal are asked to share their positive experiences at the organization in the community, and many have spoken at fundraisers. That open communication has helped tackle the stigma against mental illness, Williams said, adding that her organization now has more people on its waiting list than it has clinicians.

Because Black men feel the impact of hearing about police brutality against other Black men, or experiencing it themselves, Williams said, access to mental health care now is critical.

“Years ago … people had a lot of relational issues, and now some of the direct presenting issues are racial uprising in the city, COVID, feeling like they’re not valued,” Williams said.   Black Men Heal tries “to go out of our way to make them feel valued.”

“One guy that applied was beaten by the cops two days before. A lot of the applications now more than ever are about them experiencing racism,” she said.

“It is affecting them tremendously. … They’re traumatized. I have a 20-year-old son, I’m terrified when he walks out the door, you’re in a constant state of anxiety. When you watch what happened to Walter Wallace, or any of them, all of them know and all of them say it — ‘I know that could be my son.’ They’re starting to feel hopeless, and that feeling of hopelessness is turning into depression.”

“Growing up in North Philadelphia, I saw a lot of things I probably shouldn’t have been privy to, and I know there are things that are traumatic in my mind. So those sorts of resources should be in our schools, having group therapy, they need to catch the children at a young age so when they grow up they know how to handle things,” she said.

Williams also called for affordable mental health care. She said when she had a private practice in Jenkintown, she never witnessed the same disparities faced in less privileged parts of the city.

“They have insurance, they can pay the high copays. In the city, a lot of times they don’t. Sometimes, the insurance companies will give people 12 visits a year and that’s it, or they will pay for a psychologist, but not a psychiatrist, and a lot of psychiatrists don’t accept insurance because the insurance reimbursement is so low,” Williams said.

If there’s a crisis

Several shootings of Black men have occurred after a loved one or neighbor called 911 about a mental health crisis. Walter Wallace Jr.’s family said that he had mental health issues, and his mother tried to intervene.

If someone is experiencing a psychiatric crisis, and is a danger to themselves or others, Torres-O’Connor said, they or a loved one should contact Philadelphia’s mobile crisis unit.

But if the police are called, having previous intervention training could be the difference between life or death. Torres-O’Connor said extensive partnerships between law enforcement and the mental health provider community could have a significant impact on saving lives.

“What often happens is this mental health training in Philadelphia or across the country is provided to maybe a few officers or some units in an area. But what happens is the individuals who may have received the training, it’s not guaranteed they will be available on every call,” Torres-O’Connor said. “What ends up happening is the people are reacting when they don’t have all the information, and if police are coming to a mental health call and not given the training, what can often happen is the police training is not a match for the psychiatric needs of the individual.”

Williams shared her own experience about trying to get help for her brother, who has schizophrenia. After spending a few days in the hospital following a psychotic episode, he was discharged with no concrete plan, she said.

“When I called the hospital to get information for my brother, they were telling me, ‘Oh, we can’t talk to you unless he gives permission.’ Well he’s having a psychotic episode, he doesn’t know what’s going on,” Williams said.

She advised loved ones of individuals who are going through a crisis to make a plan themselves.

“Make sure you’re on the person’s emergency contact, have a few people in the family aware of what’s going on, maybe go to the local police department, show them their picture, tell them, ‘This person sometimes experiences psychotic episodes,’ so when you call for help they know to bring a mobile crisis team with them and not just use excessive force,” she said.

“Or give your numbers to the local police department, so they can maybe bring out a family member who can possibly calm the person down, because sometimes seeing the cops is a trigger,” Williams said. “Even though they have psychotic breakdowns, they can see what’s going down too, they see how many Black men are being killed by the cops. There has to be more communication between the families, the mobile crisis unit and the police, and there has to be a plan — otherwise things like that are going to escalate.”

Scientists warn Americans are expecting too much from a vaccine