Warning: Graphic video of a fatal shooting. Use discretion. 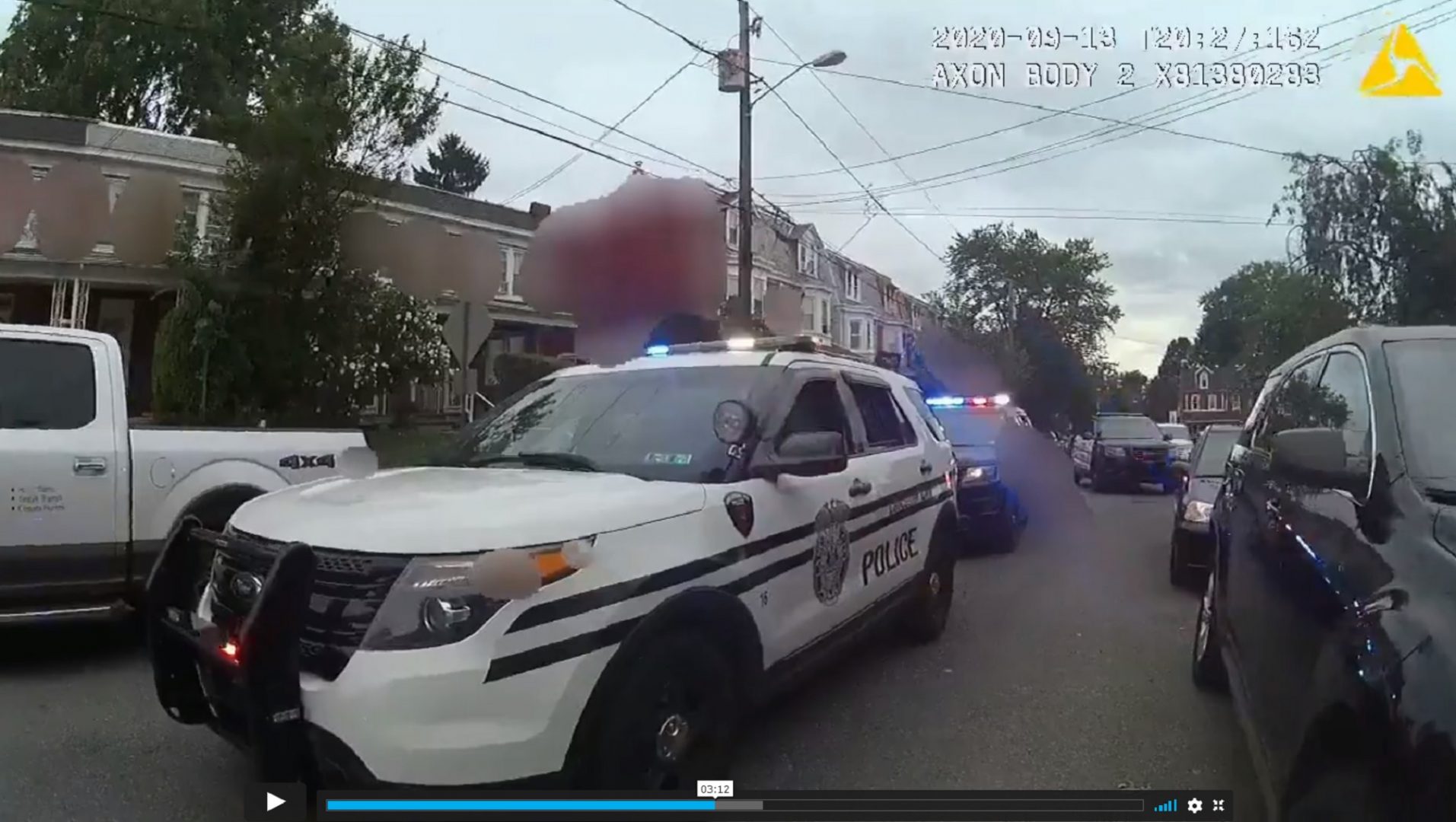 In the video, a police officer approaches the Munoz residence in Lancaster, responding to a 911 call. Munoz’s sister called 911 to get help for her 27-year-old brother, who had schizophrenia and was in crisis. Police were told they were responding to a “domestic disturbance.”

Lancaster police released part of this video hours after the shooting in an effort to dispel rumors and quell riots over the incident. The video initially released by police shows Munoz, holding a knife, run out of the house toward the officer, who has not been named by the department. The officer runs away, then turns and shoots Munoz four times. The officer has been cleared of any potential criminal wrongdoing by the county district attorney.

In the video police initially released, after it shows Munoz being shot, it then shows a freeze-frame image of Munoz in mid-air, knife raised. The video was viewed more than 840,000 times, and the freeze-frame image was widely shared by local and national news agencies.

The new video does not include the freeze-frame. Close analysis of the video appears to show that the officer had already shot Munoz twice by the time the body camera captures the image of Munoz with the knife raised. Lancaster District Attorney’s Office confirmed that all four shots fired struck Munoz.

In the video, the officer approaches the home, and Munoz bursts out the front door. Because the officer initially turns and runs before turning back and firing, the body cam footage does not show Munoz’ actions in the seconds before the first two shots were fired.

The new video shows what happened after Munoz fell to the sidewalk. The nearly seven minutes of footage is edited to blur people’s faces.

In the video, after the shooting, the officer tells the Munoz family and neighbors to “get back” and “get inside” their homes.

At one point, two other officers arrive on the scene and approach Munoz, whose body is lying on the sidewalk. The officer who shot Munoz tells them, “He had a knife.” One of the other officers, armed with a rifle, asks, “Who is the shooter?”

“I’m the shooter,” the officer says.

While the video adds some context, it still doesn’t tell the whole story, said Daisy Ayllon, an attorney representing the Munoz family.

“I believe given how emotional the video is and how quickly people may be to jump to the conclusion that the officer was justified because Ricardo had a knife, a fair conversation has to include a discussion of all the things the police department/the city/the police officer failed to do before the moment when Ricardo comes running out carrying a knife,” Ayllon said.

Lancaster police should not have put the officer “in a position where lethal force was the only option,” Ayllon said. She raised additional questions about how police responded to the 911 call and how family members were treated after the shooting.