Make sure, no matter what, that you drop off your ballot by 8 p.m. on Election Day. But don't wait. Do it today." 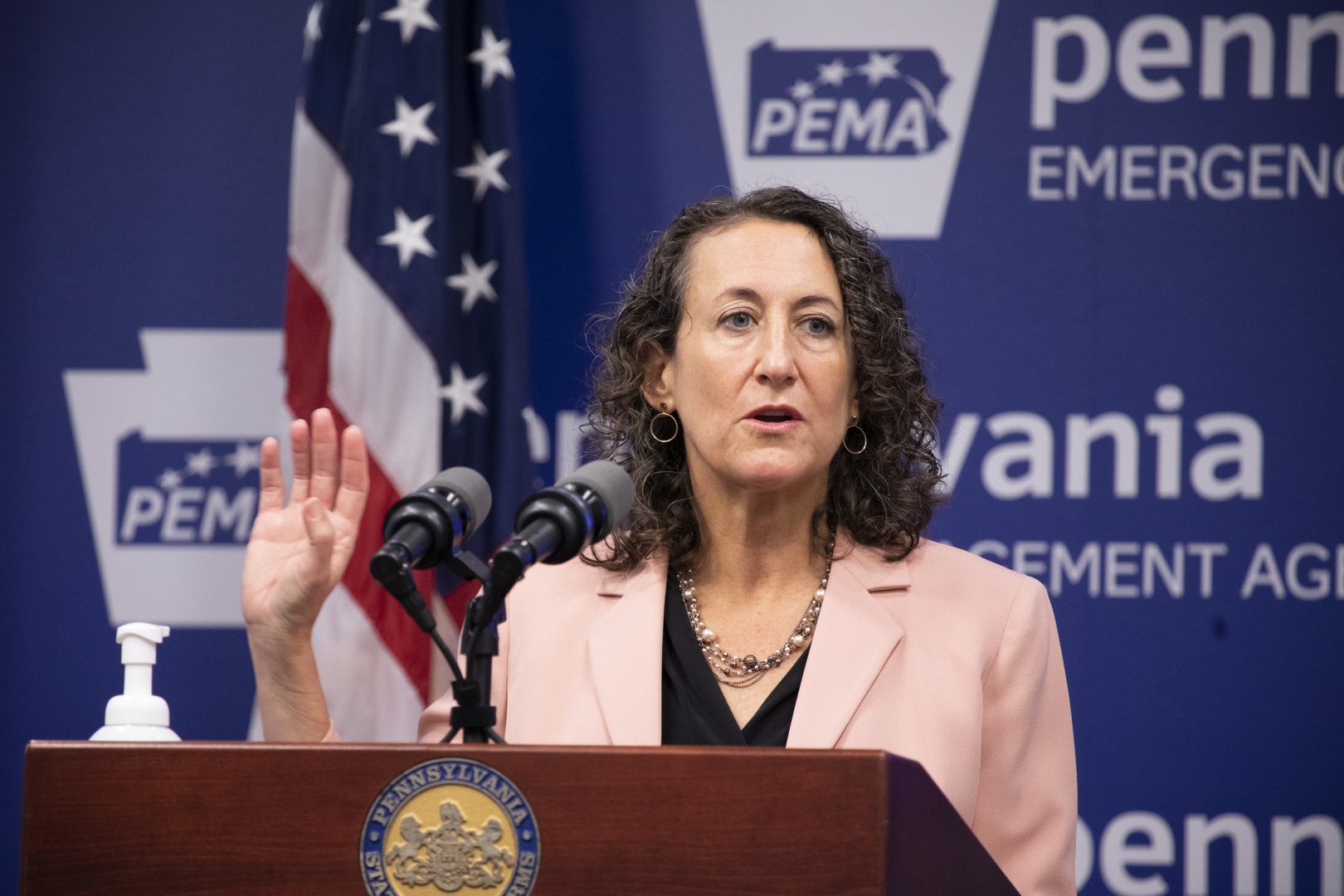 (Harrisburg) — The Wolf administration is asking people who have not yet sent in their mail-in ballot to deliver it in person.

Election Day is just a week away, and delays in mail delivery across the commonwealth have been ongoing since the summer.

State leaders including Gov. Tom Wolf and Secretary of State Kathy Boockvar aren’t counting on the USPS to improve any time soon. They both urged mail-in voters Tuesday to bring their ballots to a drop box or a county election office between now and next Tuesday to guarantee they’re counted in time.

“If you applied for a mail ballot, now is the time to return it so you can make sure it counts,” Boockvar said. “Make sure, no matter what, that you drop off your ballot by 8 p.m. on Election Day. But don’t wait. Do it today.”

Boockvar said a record nine million Pennsylvanians have registered to vote in the election. While three million have requested a mail-in ballot, more than one million have yet to either receive or return it.

Since the state GOP-controlled legislature avoided taking up a measure to allow counties to begin processing mail-in ballots before Nov. 3, election results in Pennsylvania may take days to tabulate.

Wolf said he’s disappointed the measure wasn’t considered in the state Senate in time for the election.

“I’m not crying over spilled milk here, but it would have cost nothing, it would have fixed problems and it was supported by counties,” the governor said.

House and Senate Republicans have repeatedly chastised Wolf for threatening to veto House Bill 2626. It included a pre-canvassing provision, but offered a tighter timeframe for doing so than had been sought by county election administrators.

The bill made it to the Senate in early September, but has been parked there since. 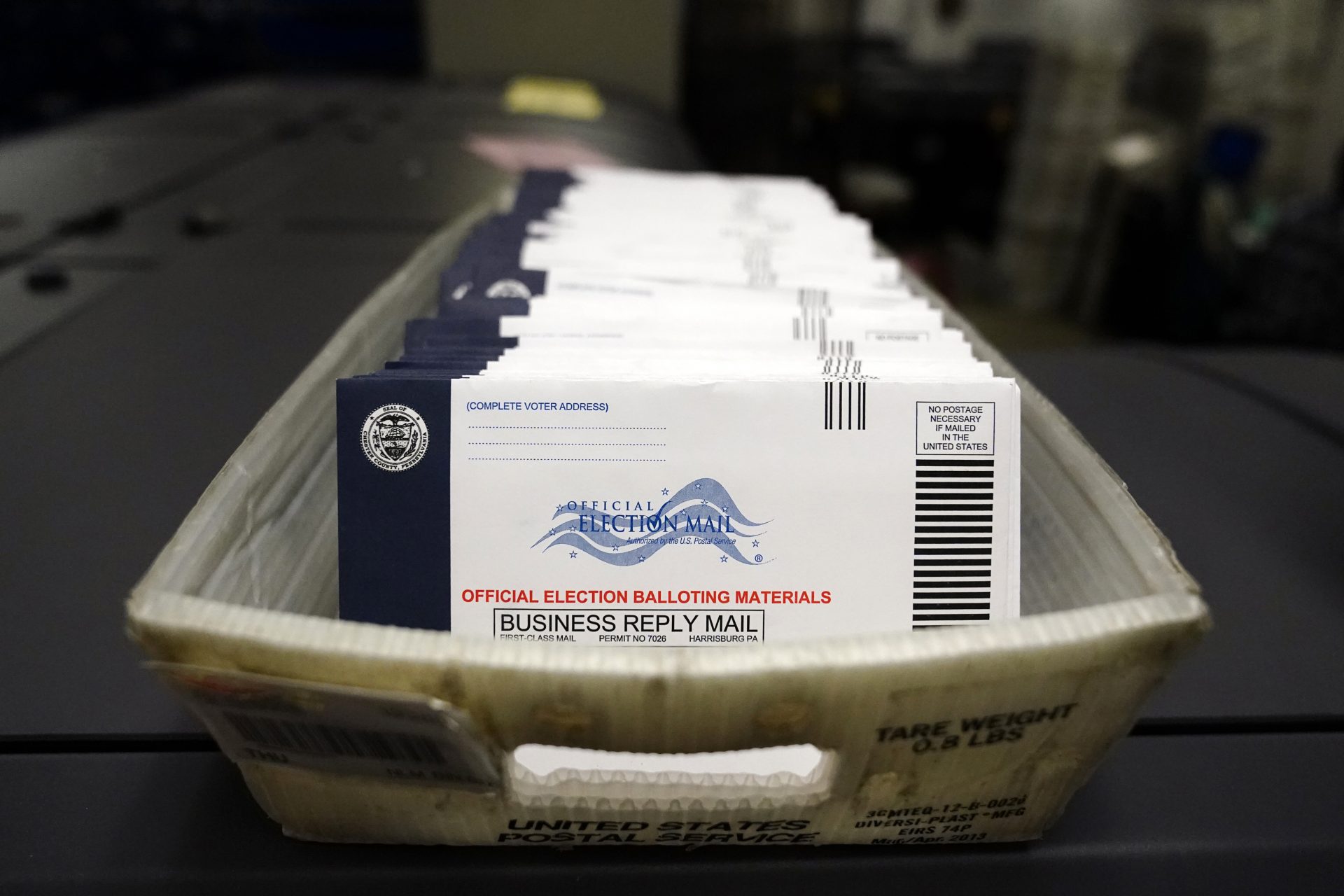 Mail-in ballots for the 2020 General Election in the United States are seen before being sorted at the Chester County Voter Services office, Friday, Oct. 23, 2020, in West Chester, Pa.

Considering what little time remains before the polls close, Wolf said voters must solidify their plans to cast their ballot now.

“This is an exciting time for democracy in Pennsylvania. More eligible voters can exercise their right to vote than ever before, and as you all know, voting is the central responsibility of citizenship. It’s how we make our desires and our needs and our wishes known,” he said.

Boockvar said she’s confident most votes will be counted quickly, but added certified results are not due until 20 days after Election Day. Tuesday was the last day to request a mail-in ballot and to vote early at a county election office.

The Department of State said polling places will also be ready to safely accommodate voters who want to cast their ballots in-person.

Thought more than 1.8 million Pennsylvanians have cast their ballots according to a Department of State estimate, election results will still take time to be fully known.

“After the polls close, I encourage all Pennsylvanians to be patient. What’s most important is that we have a fair election. Every vote will be counted and the results will be accurate, even it takes a little more time than usual,” Wolf said.