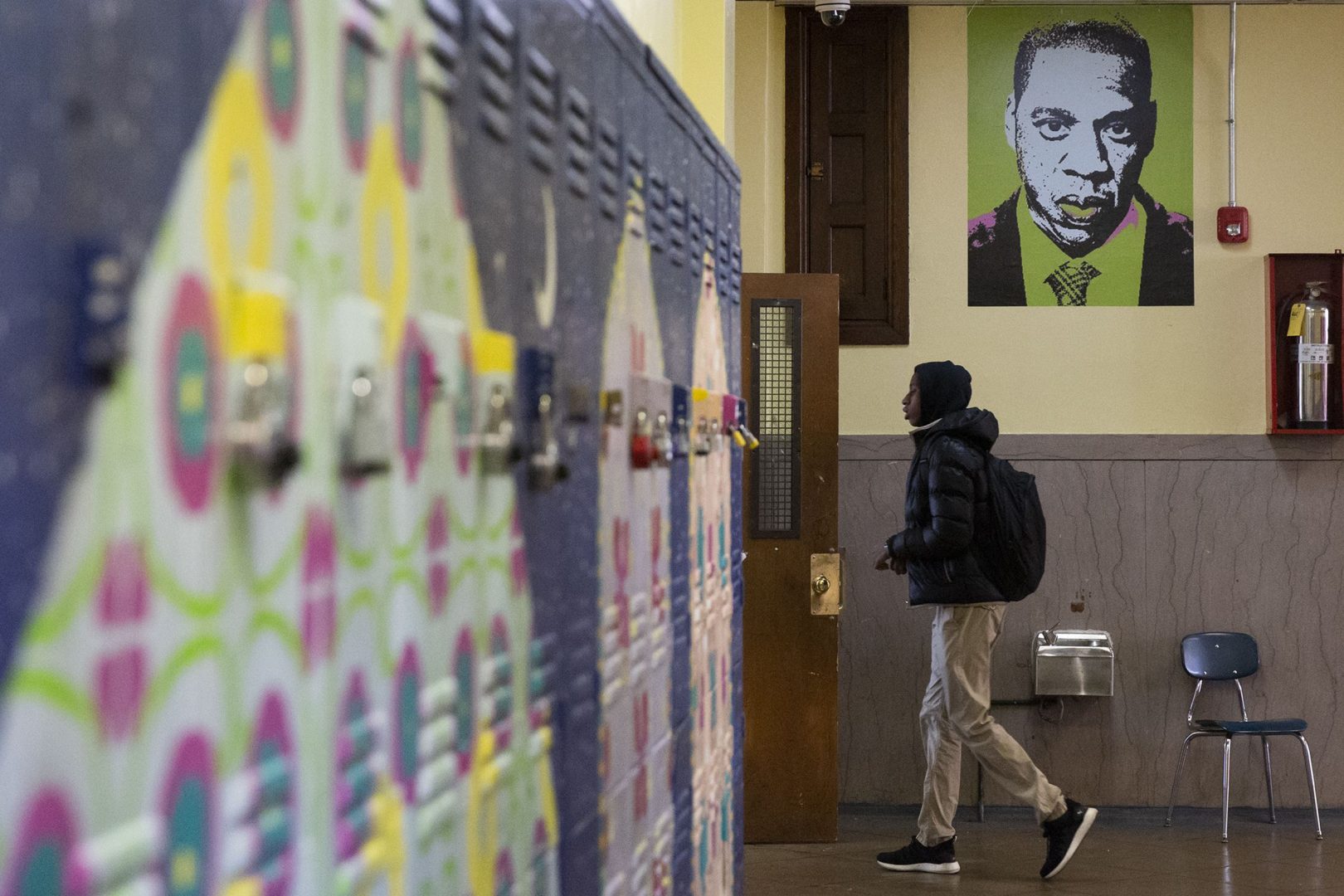 Pennsylvania’s public school children are being shortchanged by $4.6 billion — and those in the poorest school districts, who have fallen the furthest behind, are owed the most, according to a new analysis commissioned by advocates seeking to overhaul the state’s education funding system.

The conclusions, based on state data over the past decade, depict widening gaps in education spending between affluent and poor communities — and divides in academic performance.

Public schools in Philadelphia, Reading, and Upper Darby are among those shortchanged by at least $5,000 per student, according to the analysis, while some districts, including Radnor, Abington, Hatboro-Horsham, and even Pittsburgh are sufficiently funded.

At the same time, students in the poorest districts have the lowest standardized test scores and highest dropout rates, while students from low-income families in Pennsylvania’s highest-spending districts perform better on state measures and graduate from college at higher rates.

The funding gap may be even greater, the report says — noting rising costs for schools, and more rigorous state standards for students.

The analysis, prepared for a Commonwealth Court judge, is the latest salvo in a yearslong legal battle to address school funding inequities, one that could intensify as the case moves toward trial.

“We are asking the court to fix the broken system, to ensure that the legislature fulfills its constitutional duty to create a system that ensures adequate and equitable funding for the needs of the commonwealth over time,” said Maura McInerney, legal director of the Education Law Center, which along with the Public Interest Law Center is representing the districts, parents, and organizations behind the lawsuit.

Gov. Tom Wolf and state education department officials, who are defendants in the lawsuit, declined to comment on the new claims. But leaders of the Republican-led state legislature, who are also being sued, indicated they will oppose arguments that schools need more money to improve achievement.

Crystal Clark, a lawyer for Senate Republicans, said their expert witnesses will contend there is no connection between the amount of money that Pennsylvania’s 500 school districts spend and their students’ performance, “even when accounting for differences between the districts regarding the numbers of historically underperforming and economically disadvantaged students and costs of living.” 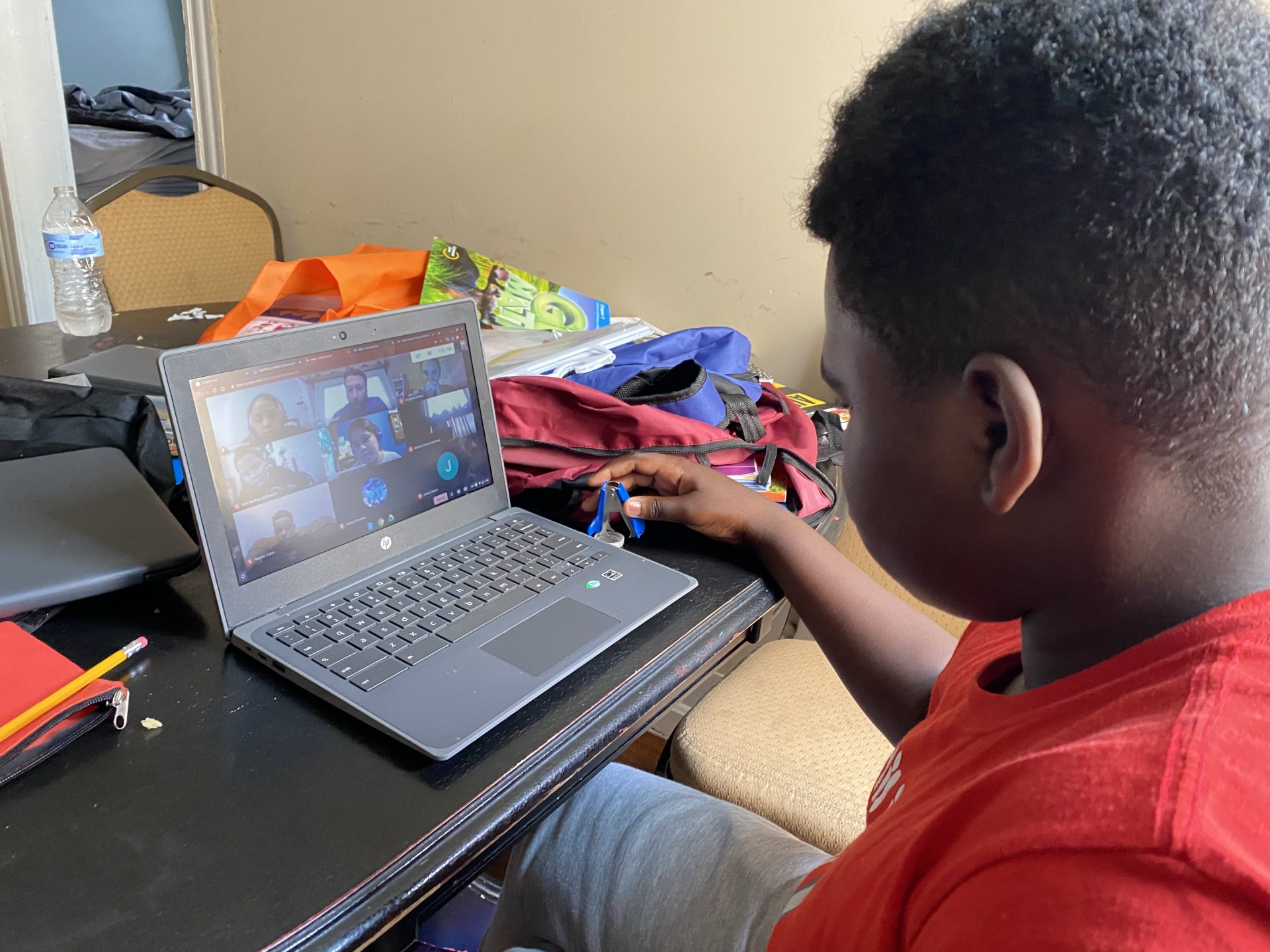 Migreldi Lara’s son, Julauris, 11, attends virtual classes in the Reading School District due to the pandemic.

The lawsuit, filed in 2014 and revived by the state Supreme Court in 2017, contends Pennsylvania is failing to provide a “thorough and efficient” system of education, as guaranteed by the state constitution. It also alleges students’ equal protection rights are being violated. The data analysis and conclusions were prepared for the plaintiffs by Matthew Gardner Kelly, an assistant professor of education at Pennsylvania State University, and shared with The Inquirer and Spotlight PA.

The disparities it cites stem from how public education is funded. Pennsylvania relies more heavily on local taxes to pay for schools than most other states; as of 2015-16, only six states contributed a smaller share of school funding, according to Kelly’s report.

School districts with stronger tax bases can raise more revenue than poorer districts — even though many of those districts are taxing their residents at higher rates.

The case is not expected to go to trial until next year, and even if a judge were to rule in the plaintiffs’ favor, any changes to the funding system could take years to implement. While schools are funded for the academic year — as part of the state’s short-term $25.8 billion spending plan passed in May — the next education budget may be gloomier as the pandemic presents revenue challenges.

Plaintiffs say the state has admitted that schools need more money. They point to a formula adopted in 2008 that assessed the cost of providing an education that would allow all Pennsylvania students to meet state academic standards. The formula set a base cost per student, with added expenses for those in poverty and other needs. It determined what districts should spend, and how much money the state should be providing.

While the state abandoned those spending targets in 2011 — slashing school budgets in the recession’s aftermath — plaintiffs say the law requiring those calculations is still on the books. Kelly’s report uses that law and current data to calculate what districts should be spending.

Districts owed the most

The Reading School District — where 95% of students are from low-income families and more than a quarter are English language learners — spends about $8,600 less per student than it should, the state’s largest gap.

Not far behind is the Shenandoah Valley School District, a 1,000-student Schuylkill County district where the per-pupil shortfall is $7,000.

Shenandoah Valley taxes residents at one of the state’s highest rates, yet struggles to provide for students — 15% of whom are English language learners, said Superintendent Brian Waite. It laid off teachers five years ago and hasn’t been able to add back art or music in its elementary school. When students are truant, principals — and sometimes Waite himself — are the ones out knocking on their doors.

“If we were given the funding we need,” the district could put students “on more of a level playing field,” said Waite, whose district is one of six named as plaintiffs against the state.

In Philadelphia, the state’s largest district, the shortfall is $5,600 per student. Inner-ring suburbs like Upper Darby ($6,000) and suburban boroughs like Pottstown ($3,700) also land high on the list.

Among the districts that don’t need more funding, according to the report: Pittsburgh, and a number of suburban districts around Philadelphia, including Abington, Hatboro-Horsham, Lower Merion, Radnor, and Unionville-Chadds Ford.

Michael Churchill, a lawyer with the Public Interest Law Center, said the plaintiffs aren’t asking adequately funded school districts to give up their money. But the state, he said, “has an obligation to make sure that everybody has enough … to get a fair opportunity to graduate, to have a career and college choices, and be part of a healthy society.”

Pennsylvania has increased funding for schools in recent years, and distributed more money to school districts with greater needs.

But the added state funding has been far outpaced by rising costs for school districts, including pension payments for teachers and district staffers and for special education and charter schools.

While a state formula enacted in 2016 sends more money to lower-wealth districts and those with needier students, it applies to less than 10% of what the state spends on education. Most of the state’s main education subsidy — which totals $6.7 billion this year — is distributed based on what districts have received historically. That protects districts with shrinking enrollments from cuts, while those that are growing don’t receive what the formula says they warrant.

Black and Latino students are particularly shortchanged, according to Kelly’s report. More than 80% attend school districts that would receive more money if the formula were applied fully.

Among them is Lancaster, a plaintiff in the case, where more than 60% of students are Latino and 16% are Black. Half live in poverty. Residents already pay higher tax rates than their suburban counterparts, making it difficult to raise more money, said Superintendent Damaris Rau.

“Every year, we have to cut more and more positions,” Rau said. That has created larger elementary class sizes, some of which approach 30 — a barrier for a district trying to reopen during a pandemic.

Without funding changes, Rau predicts the district’s challenges will only grow — from rising dropout rates if student needs aren’t met, to a shrinking pool of middle-class families and teachers lured away by more affluent districts.

“We’re going to create a school district in a city that just has a deep, deep sense of poverty, like it was in the ’60s in the South,” she said. “The inequality is just going to become greater and greater for our kids.”

In Lititz, Trump touts saving Pa. manufacturing jobs — but those jobs have declined overall since he took office