Students work during a summer program hosted by ARYSE in the summer of 2017. 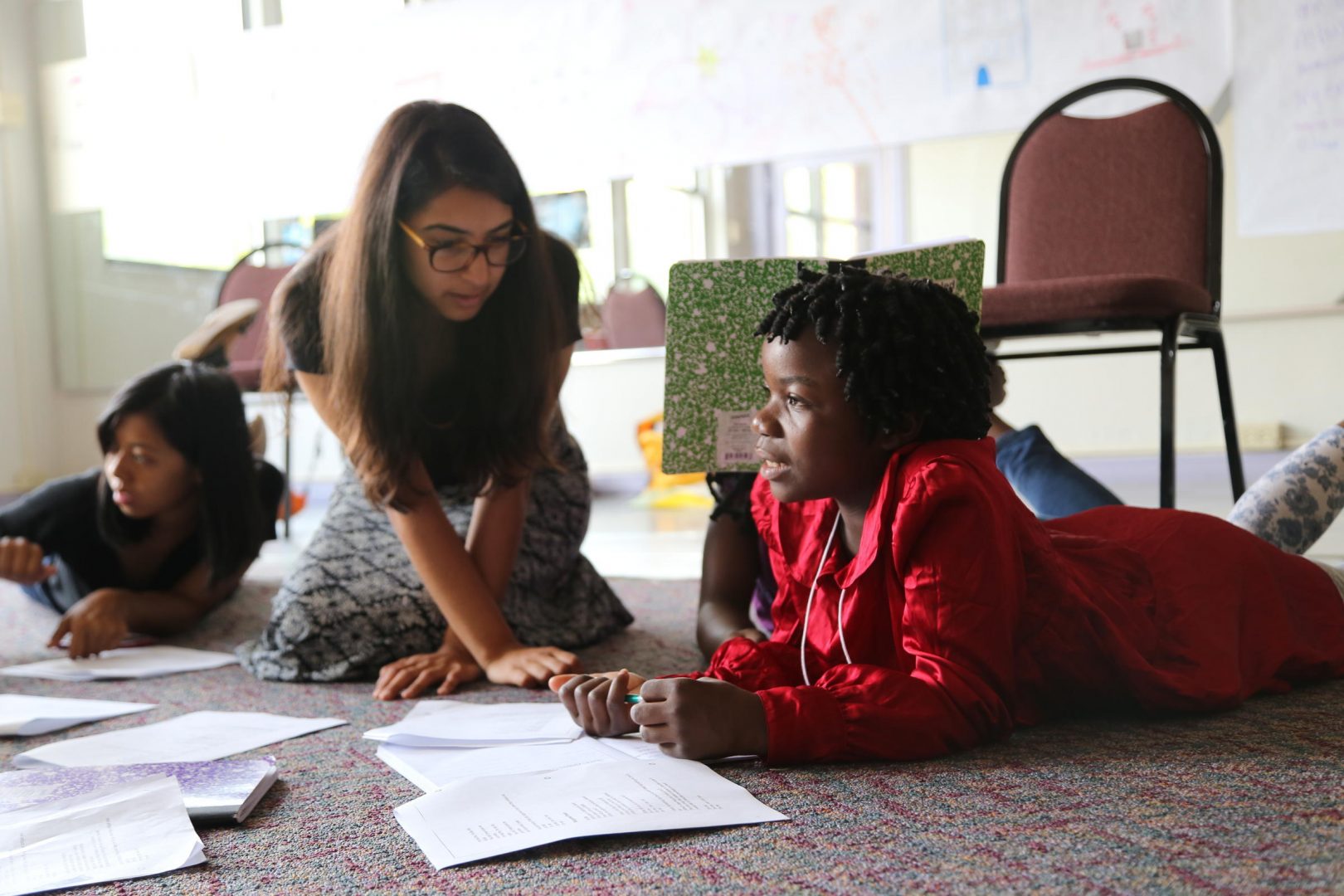 Students work during a summer program hosted by ARYSE in the summer of 2017.

(Pittsburgh) — For seven months Sharifa has been at home with her family. The 18-year-old attends a Pittsburgh Public high school and like her peers, has been learning remotely since March, when the district moved online to slow the spread of the coronavirus. She’s learning English as a second language and says the disruption in her learning has been challenging and frustrating.

WESA is only using Sharifa’s first name to protect her privacy.

Sharifa is one of the district’s 1,064 English language learners and is expected to participate in classes taught in English and complete her assignments in English, all while trying to figure out new online learning platforms. Educators and advocates say these students are some of the most at risk of falling behind without additional support.

“Other students, they can understand, but not all of us can understand what [teachers] mean. Not all teachers are helping us, but some of them are trying to help us if we need help,” Sharifa said.

The struggles native English speakers face like isolation, technology fatigue and anxiety about the future are all exacerbated for students who are not proficient English speakers. But Sharifa is finding ways to cope.

“I have more time to spend with my family. And I learn some different foods to cook, that makes me happy at home,” she said.

She’s learned to make mandazi, an African donut and stays connected with friends. She attends a virtual afterschool program for homework help hosted by ARYSE, an immigrant and refugee youth support non-profit.

“I’m still trying my best and I’m trying to work hard to finish all of my work on time so that I can get a good grade,” she said.

But she wants to be back in school. She and her peers learning English say that in-person learning would remove the additional barriers that came with remote learning.

Recently, a few students in ARYSE said that their teachers were not accepting their homework assignments. According to the students, the teachers told them that they received too much help with the work and that the English in the completed assignments was beyond their level.

“So I agree with you that it is wrong. Because you are doing the best you can, you’re spending a lot of time on it, you’re learning from it, and you’re still learning English and you still all have a lot to learn. And your teachers have tools for understanding that through other ways,” she said.

Mike Sirera, a program director with ARYSE, recently asked a student how many hours a day she was on the computer doing schoolwork.

“She just kind of laughed and said to me ‘the whole day’,” he said. “And if they don’t do that, they end up behind and sometimes they can’t do it. So they end up behind because they need some extra support to understand what questions are being asked.”

Sirera said at the beginning of the year, technology literacy was a major barrier for immigrant and refugee students and their families.

“Some of our students haven’t really had much exposure to computers prior to this or if they did, it was largely in school and it was not difficult to get assistance,” he said. “But when the baseline is connecting through the computer, it’s significantly more difficult to get the help. So there are definitely days where I’m Zooming and I’m also on a WhatsApp video call and pointing at the screen and trying to make it all work.”

Jonathan Covel leads the English as a second language department for Pittsburgh Public Schools. Requests for translation and interpretation services from families and teachers go through his office. Those requests have increased significantly since March.

“And even when we do translate materials and can walk families through, significant barriers can still exist with the technology, especially if you’re not used to technology…It can be a difficult space to navigate,” he said.

Emily Blair, the education director for the Pittsburgh-based Latino Community Center, also noted the delay in information when translation was necessary.

“At the beginning of COVID, information would go out in English, and our families would not get it for a week,” she said. “There was some time sensitive stuff happening that our families completely missed.”

She said some schools do a great job of sending home information in a families’ spoken language, while others are inconsistent at best.

Sixteen-year-old Rahwa also attends a Pittsburgh Public high school. She said teachers outside of her ESL classes speak very quickly and she is hesitant to speak up. (WESA is only using Rahwa’s first name to protect her privacy.)

“For me sometimes [teachers] are so fast. They talk so fast. They don’t give a lot of time to work on [homework],” she said. “There’s not enough time for the work. That’s not what we want as we are learning English.”

Sirera said he’s hearing a lot of that.

“If they didn’t fully understand, sometimes they’re a little intimidated to ask questions because they feel like their class mates aren’t super receptive of asking for clarity. And they feel a little discouraged with that. And sometimes they just bring the classwork they were supposed to do in class to us to get help. [They don’t] always understand the instructions or understand the concept.”

Sirera says that issue isn’t unique to the pandemic, but now it’s amplified because students are working remotely.

Part of the conversation

Blair, of the Latino Community Center, said English language learners have to be a priority for the district.

“They just need to be a part of every conversation,” she said. “So when decisions are being made and when important information is going out, English learners are not at front of mind. If they were, someone might say, ‘Oh, we need to translate this.’”

Her team spent the first few weeks of the school year solely focused on helping families get online.

“There were days where we would spend two hours with just one parent walking through step-by-step,” Blair said. “And that is still an ongoing process. So that has been tough.”

When the school year began, Pittsburgh Public Schools was still short on computers for students. Now the district says as far as it knows, every student that needs a computer has one.

Internet is a different issue. The district has given out hot spots and codes for Comcast internet. But advocates say many families are still without internet or are using data plans from a cellphone.

Covel with PPS says the district has partnered with community groups to reach out to families who need internet service, and his team has made numerous home visits to help set families up.

Blair and other advocates say their students desperately want to return to in-person learning. Pittsburgh Public is scheduled to begin a hybrid model of education on November 9th, where students will spend some days learning at home and some days in school buildings.

Covel said returning to classrooms brings a sense of stability and belonging. Blair is hopeful, but says the system is far from perfect.

“These are our kids, like any other kids, that deserve a high-quality education. They should be having equal access to public education. But because of what’s going on they are not,” she said. “[Being in person] will help bring some balance and consistency back, but I don’t know how much it will change because … they’ll still be online.”

Once English language learners go back to school buildings, educators and advocates say the next challenge will be figuring out how to make-up for the learning those students have lost because of the additional barriers.