Amid resurgence of COVID-19, Wolf says now is ‘the time to double down on our efforts’

Colder weather, school and complacency are all playing a role in the uptick in cases.

(Harrisburg) — Pennsylvania has recorded more than 1,000 new COVID-19 cases each day for the past two weeks, another sign that the commonwealth is seeing a “fall resurgence” of coronavirus spread, according to state officials.

Democratic Gov. Tom Wolf said the state has spent months preparing for such an increase in cases, increasing testing capacity and establishing a COVID-19 tracking app. Now, that resurgence has arrived.

“While we always have to take this deadly virus seriously, now is really the time to double down on our efforts to keep ourselves and the people around us safe,” Wolf said.

Health Secretary Dr. Rachel Levine said a variety of factors are contributing to the rise in case rates, including colleges and schools holding some in-person classes; youth and college sports; and outbreaks at prisons and nursing homes, where people live in close proximity.

Levine said mass gatherings are contributing to the spread, but so are small get-togethers of family and friends.

“The virus doesn’t care whether it’s a family member or friend,” Levine said. “If someone is positive, maybe doesn’t have any symptoms, the virus will spread.”

Pennsylvania is more prepared to deal with an increase in cases than it was in the spring, Levine said. Last week Pennsylvania began distributing 250,000 rapid antigen tests from the federal government, deploying them to a handful of counties — Bradford, Centre, Lebanon, Montour, Northumberland, Schuylkill and Snyder — where infection rates are rising sharply.

State officials anticipate weekly shipments of 250,000 rapid tests to last until the end of December. These tests will be administered at nursing homes and other congregate care facilities, prisons and jails, colleges and universities, health care organizations and to teachers at K-12 schools, according to Michael Huff, the state’s testing and contact tracing director.

Health officials are also planning for the eventual distribution of a COVID-19 vaccine. The Health Department said it anticipates limited supplies immediately after a vaccine has been approved, requiring a “phased approach” to distribution that targets health care providers and staff.

Wolf and Levine reiterated a familiar message of hand-washing, mask-wearing and social distancing. However, only about half of Pennsylvanians have been following those guidelines, according to a recent health department survey. 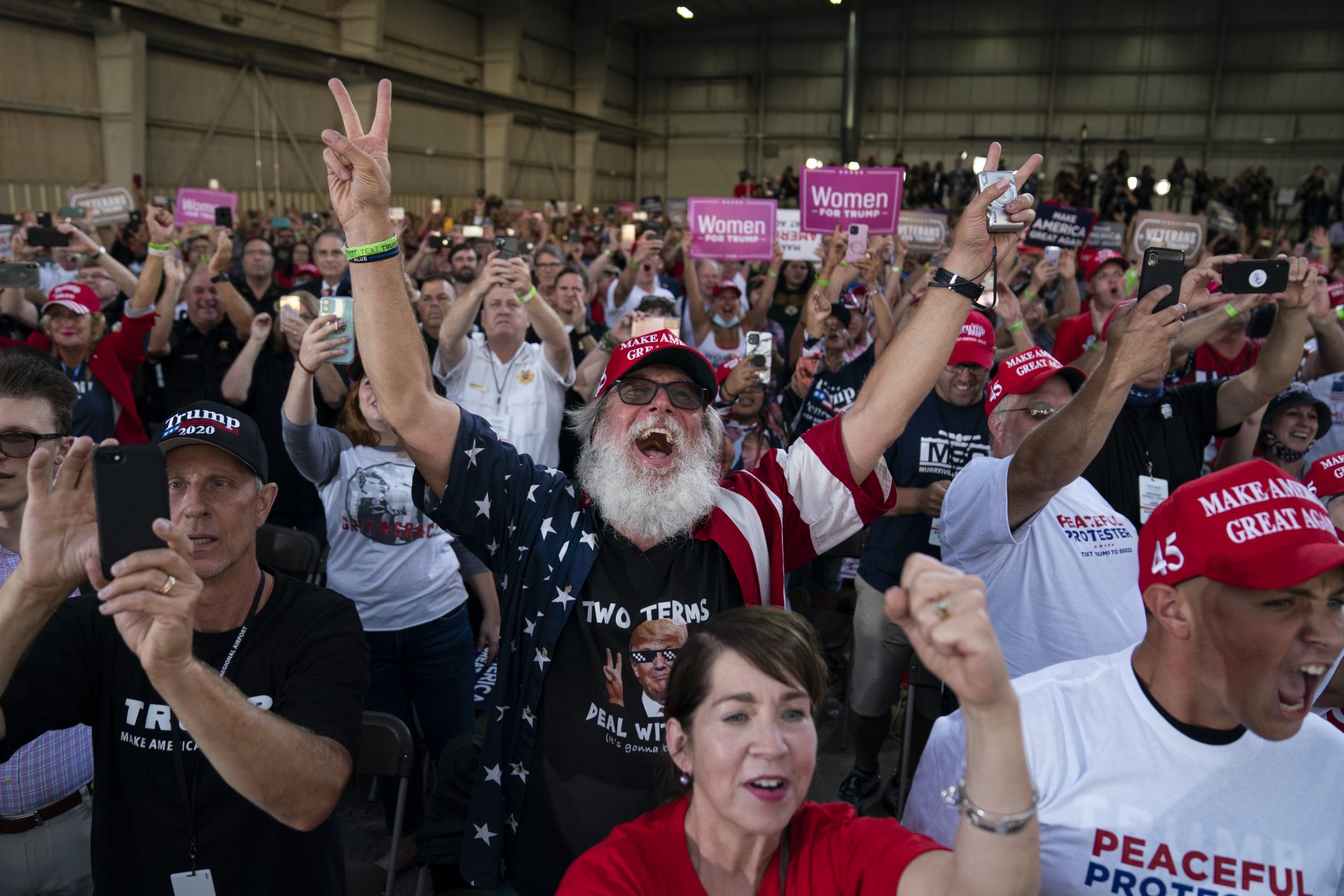 Supporters of President Donald Trump cheer as he arrives to speak during a campaign rally at Arnold Palmer Regional Airport, Thursday, Sept. 3, 2020, in Latrobe, Pa.

Even after Trump’s positive coronavirus diagnosis, the president and his supporters have held events where few attendees wore masks, including indoor events.

Wolf said he thinks mask-wearing has become somewhat “politicized,” but he hopes more people continue to see that wearing face coverings is a commonsense precaution, like wearing a seat belt in the car.

Wolf emphasized that masks help to protect more vulnerable members of the community.

“The thing I think that has helped Pennsylvania—we have done pretty well so far—in the end Pennsylvanians have, by and large, stuck together,” Wolf said.

For the week of Oct. 9 to 15, the average incidence rate in Pennsylvania is 68, up significantly from recent weeks. Incidence rates show how many people per 100,000 tested positive with COVID-19.

COVID-19 cases have been reported in all 67 Pennsylvania counties. These counties have the highest incidence rates in the commonwealth: