A total of  3,448 cases of COVID-19 have reported from University Park students and seven from staff since Aug. 7.

(State College) — Penn State is reporting 289 new cases of COVID-19 among students at University Park since last Friday, according to its COVID-19 dashboard.

There have been a total of  3,448 cases of COVID-19 from University Park students and seven from staff since Aug. 7.

Positive results from on-demand testing of University Park students peaked during the week of Sept. 18 to 24. Weekly numbers have declined from 666 that week to 418 for the week of Oct. 2 to 8. A screenshot of the Penn State COVID-19 dashboard on Oct. 16

Penn State President Barron said during a webinar Thursday that, while he welcomed the declining numbers in new cases, he worried the community may be letting its guard down.

“This is no time to relax,” Barron said. “We’ve got to keep our foot on the pedal of social distancing, masking, hygiene and our multifaceted testing, tracing strategies. I’m glad that numbers are low, but I want to act like it’s not.”

More than 700 test results are still pending at University Park as of Friday, but 3,114 cases are considered inactive, as those positive results were received at least ten days ago.

Among commonwealth campuses, Abington added one case and the Behrend campus in Erie added two. Altoona reported seven new cases for a total of 206 student cases. Harrisburg had four.

There have been 3,650 cases of COVID-19 in Centre County since March, according to the Pennsylvania Department of Health Friday. The percentage of positivity among those tested in the most recent seven days is 5.6%, the department’s COVID-19 Early Warning Monitoring System Dashboard showed. That’s downfrom 9.4% just two weeks ago.

But on Wednesday, Pennsylvania Secretary of Health Dr. Rachel Levine warned of “a fall resurgence of COVID-19,” as cases increased by more than 1,000 each day for more than one week in Pennsylvania. 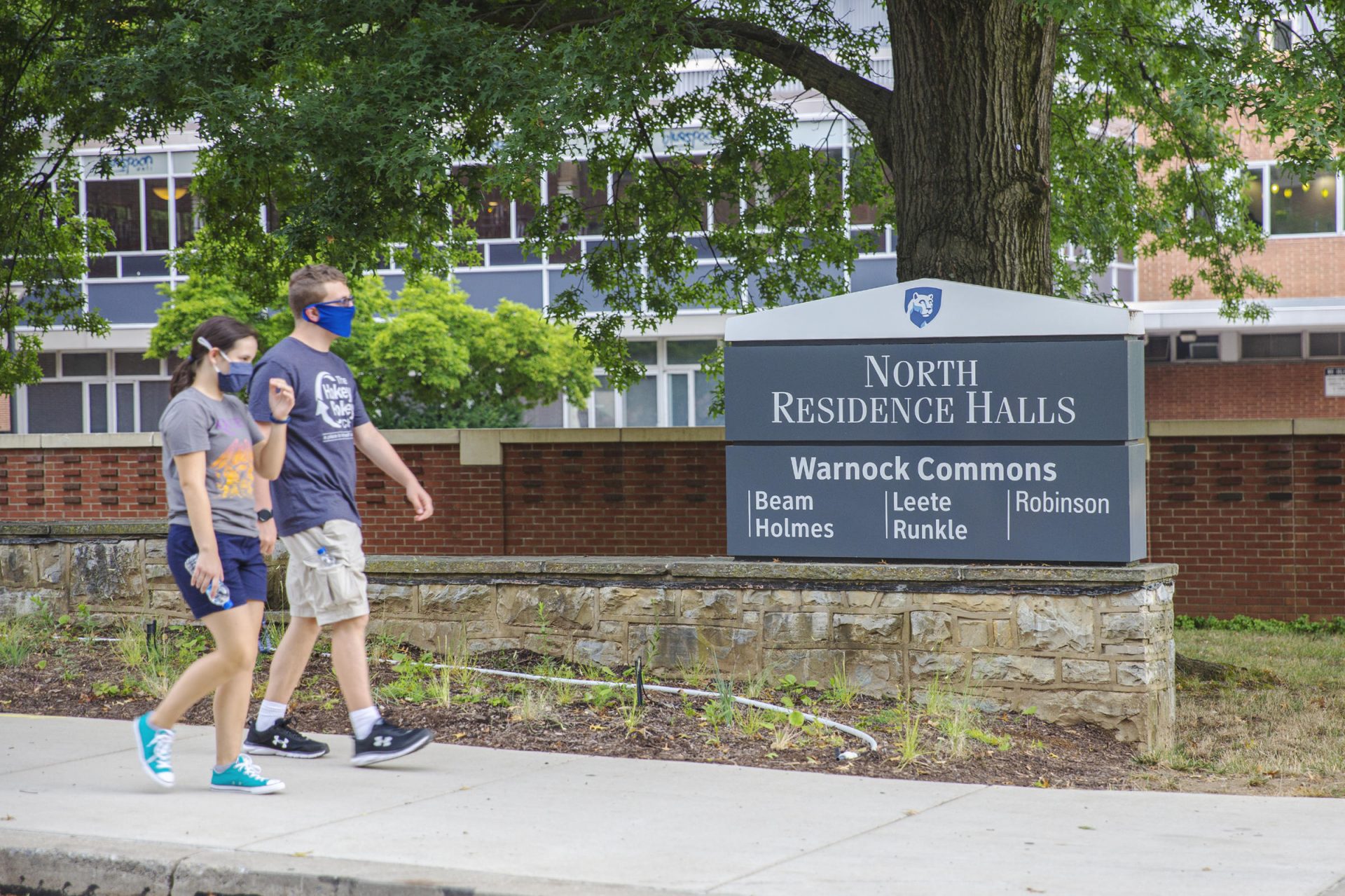 Penn State is seeing some declines in positive COVID-19 results among University Park students, but says it is “too early” to say if it is a trend.

Barron said Thursday that the Penn State football team has a comprehensive testing plan in place, as the Big Ten’s 2020 football season kicks off Oct. 23. He said the team is given rapid tests six days a week to identify COVID-19 cases.

“We have a high level of confidence that players that enter a field will be safe and will not be passing on COVID to other players,” Barron said.

Penn State will switch to fully remote instruction on Nov. 20, just before Thanksgiving. While the university is finalizing a plan to transition, Kelly Wolgast, director of the COVID-19 Operations Control Center said students should get tested before they leave.

“I can’t emphasize that enough — we don’t want them leaving without knowing they are tested negative and that they’re not carrying the virus to any other county in Pennsylvania, or frankly, any other state in the United States or any other country on the globe,” Wolgast said during the webinar.

Barron said Penn State is looking to get its Testing and Surveillance Center labfederally certified, which will “substantially increase the in-house testing capabilities.”

How bad will coronavirus be this winter? Model projects 170,000 more U.S. deaths