Pence: ‘The road to victory runs right through Pennsylvania’

The vice president is slated to visit the Capitol City Airport in York County on Monday. 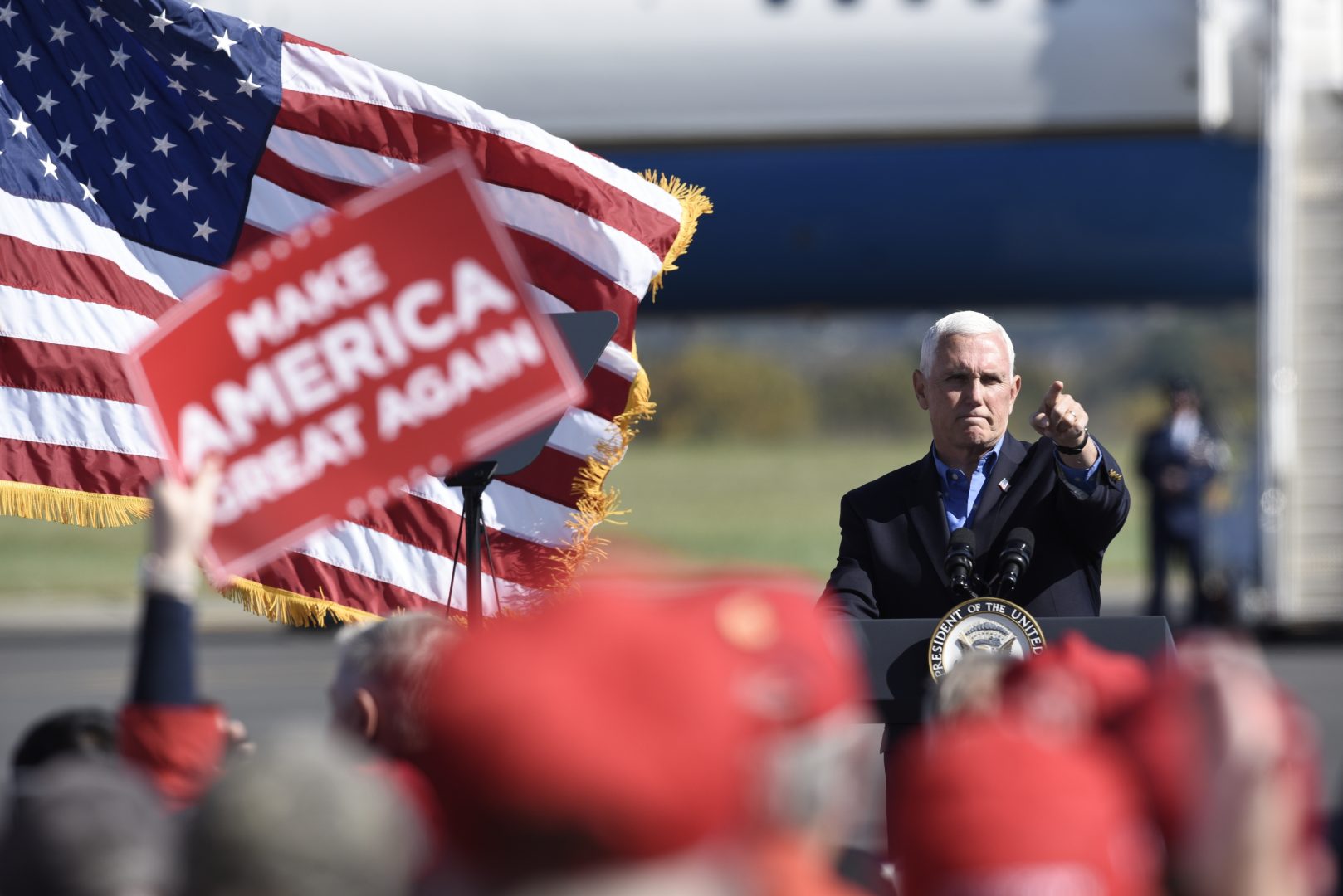 “We rebuilt our military. We revived the economy. We stood for law and order, our liberties and life.” Pence said. “In a word, we made America great again.”

Pence also praised Trump’s response to the coronavirus pandemic that has killed more than 210,000 Americans. He heralded the potential of a publicly available vaccine for COVID-19 and noted a new plan to give the vaccine to older people for free. 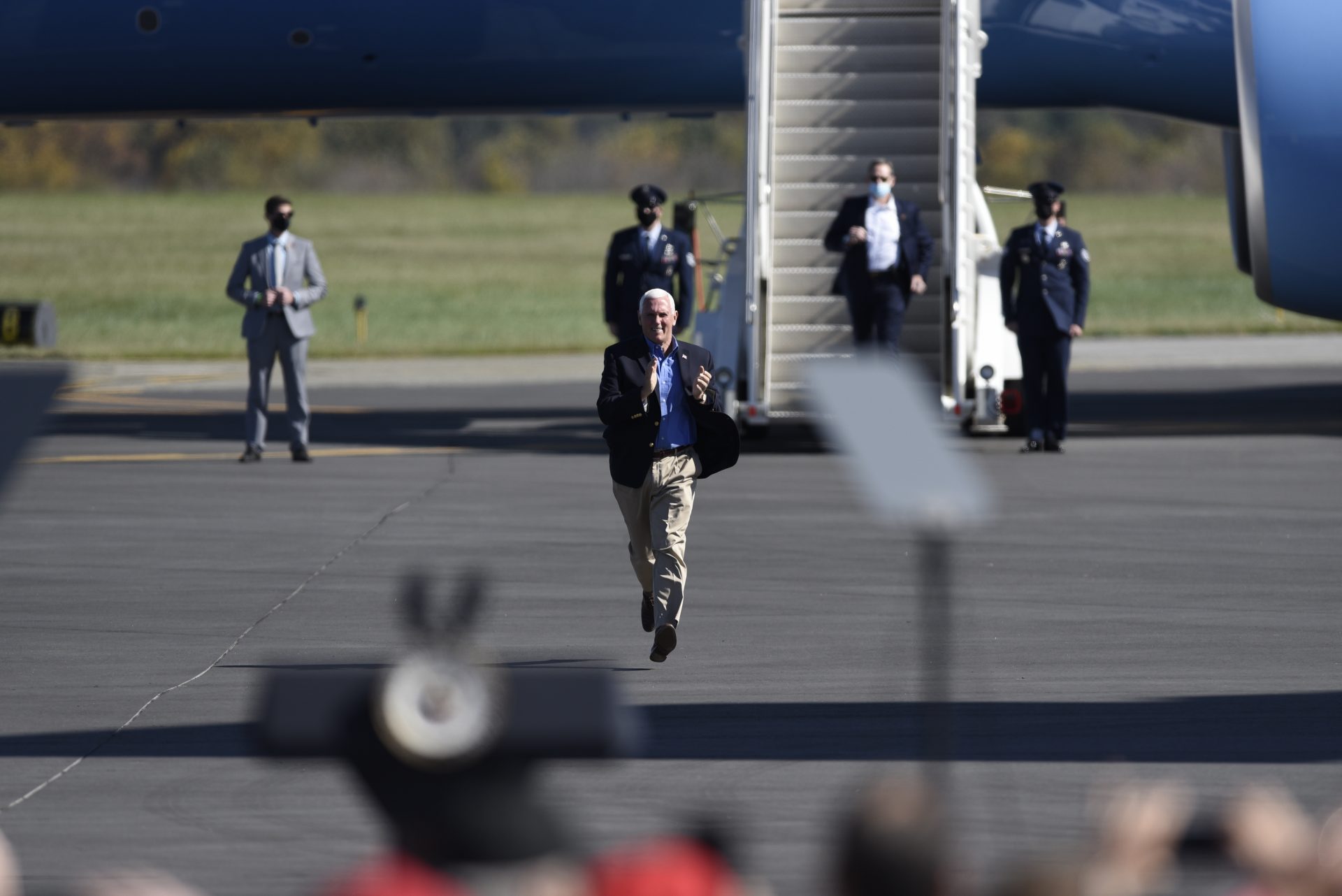 “[The] president announced yesterday a plan with CVS and Walgreens to deliver and administer vaccines to our seniors in nursing homes and across the nation for free as soon as they’re available,” Pence said.

The federal approval of a possible vaccine is not imminent, so a timetable for potential distribution is unknown.

The vice president characterized their races as critical in changing power dynamics in the House.

“Right after you reelect President Donald Trump, we need Pennsylvania to send Congressman Lloyd Smucker and Congressman Dan Mueser to a new Republican majority in the House of Representatives that retires Nancy Pelosi once and for all,” Pence said.

Smucker is facing Democrat Sarah Hammond and Meuser will face Gary Wegman in the general election.

The event was the first time any candidate on the presidential ticket for either party has visited the county this election season. Trump and Pence won Berks County by 10 percentage points in 2016.

Pennsylvania has been a fiercely competitive battleground state for the candidates and the state has been in the spotlight in regards to mail-on voting, which has been heavily scrutinized by Trump.
‘
Pence is slated to make another visit to the midstate on Monday. This time, he is scheduled to campaign at Capitol City Airport in Fairview Township, York County.