The State College Little Lions defeated Cumberland Valleylast Friday, but just having the game was an achievement.

The State College Little Lions defeated Cumberland Valley 31-0 last Friday, but just having the game was an achievement. COVID-19 safety concerns postponed the start of the season until October 2.

Harris Township resident Greg Edwards was worried his son, Jackson, wouldn’t have his senior season. Edwards spoke up at September’s school board meeting about the importance of sports and letting his son play.

“We all know this is much more than just touchdowns and interceptions and fumble recoveries,” Edwards said. “These student-athletes learn so many life skills from playing competitive team sports.”

Edwards said his son organized informal workouts with some of his football teammates over the summer. Students wore masks during the workouts, which Edwards said was just one example of the steps football players were willing to take to play.

“They took it upon themselves to show senior leadership and include as many other teammates as possible,” Edwards said.

Through team sports, Edwards said students learn about conflict resolution, individual sacrifice and leadership. Without a football season, Edwards said these skills could’ve been lost in the shuffle.

“It’s a group of which these students belong to and they build strong relationships that last a lifetime,” Edwards said. 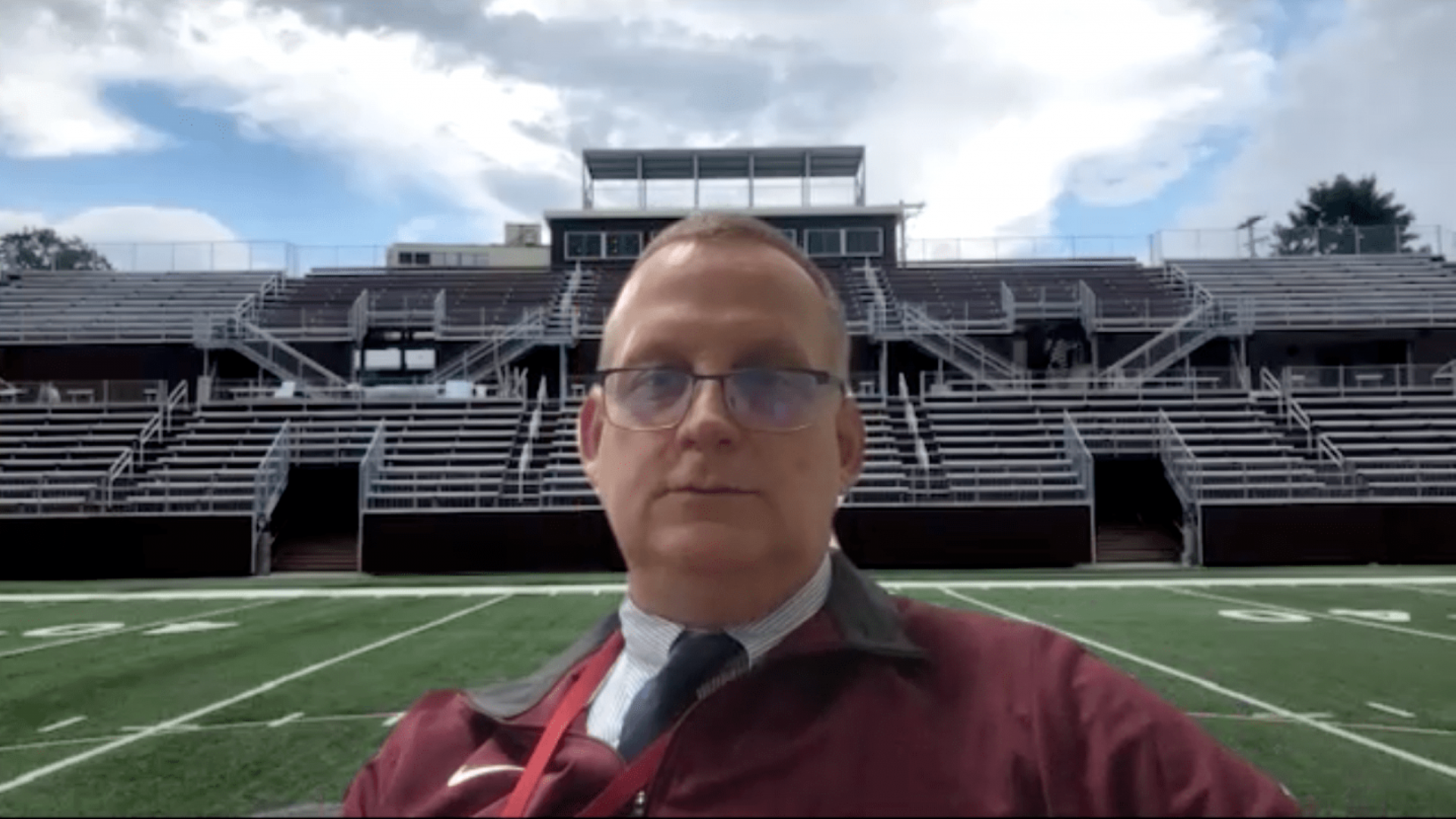 “For some, it is the physical benefits,” Lintal said. “For others, it is a mental health benefit as they’re connected to teammates via the social aspect that sports offer.”

Despite concerns about the spread of COVID-19, Lintal said the benefits of sports are irreplaceable. Speaking at the same board meeting as Edwards, Lintal said students’ physical health isn’t the only benefit from playing sports.

“My biggest concern as a school counselor would be the mental health of our kids should the cancellation of sports become the reality,” Lintal said.

Chris Weakland is the athletic director at State College Area High School. He said the school followed the advice of medical experts to put together a plan to bring sports back.

As part of the plan, athletes must always wear masks at practice, except when they’re involved in physical activity. Athletes and coaches get their temperature checked daily, and transportation for away games has been limited to 12 people per bus.

Through nearly a month, Weakland said he has been impressed by how well the school’s athletes have followed these guidelines.

If State College Area High School ever moves back to remote learning, sports will automatically stop. Weakland said this uncertainty has made it tough to plan for playing sports for the rest of the school year.

For the 59% of State College Area High School’s student body involved in athletics, Weakland said the school is constantly changing how it keeps its student-athletes safe.

‘There’s a sense of urgency:’ Many Pa. voters are hand-delivering their mail-in ballots