The county didn’t begin mailing out ballots until September 30 — slightly later than planned.

(Norristown) — Thanks to an accidental email from Pennsylvania’s Department of State telling voters that their mail ballots were on the way, nearly 200,000 Montgomery County residents have had a stressful few weeks waiting for ballots they believed were delayed or lost.

County officials, who have borne the brunt of these voters’ confused calls, say they are worried it’s damaging trust in an already-contentious election.

Montgomery County didn’t begin mailing out ballots until September 30 — slightly later than planned, according to county Chief Operating Officer Lee Soltysiak. He said the delay was largely thanks to deadline changes that prompted the county to reprint all its ballot envelopes and instructions.

That wouldn’t have been a big problem, he said, if state officials hadn’t accidentally sent an email to 192,000 Montgomery County mail voters telling them their ballots had actually been sent on September 21, and they’d receive them within 11 to 14 days.

“In an environment where people are already anxious, this is unhelpful,” Soltysiak said.

Dave Barman got one of those emails.

The Springfield Township resident, 39, said once he received it, he figured he’d get his ballot in about a week. That week passed with no sign of it. Then two, then three. Almost four weeks later, Barman still doesn’t have the ballot.

In that time he has called Montgomery County twice, but could never get through to anyone and never got a call back. And he says all the while, in local online groups on Facebook and Nextdoor have been seeing an uptick in concerned chats, and theories about missing ballots and mail delays.

“It does give me a lot of doubt about the county government and how organized they are,” he said. This is not a super hard thing to do … we have everything we need to make this happen, so I guess I don’t understand why it isn’t happening.”

A spokeswoman for the Department of State, Ellen Lyon, confirmed that the department had sent the inadvertent email that gave voters inaccurate expectations for when they’d get their ballots.

Several large counties, she said, had extremely long lists of mail ballot recipients that they needed to process in order to send the ballots out for printing. They relied on DOS to do that processing. 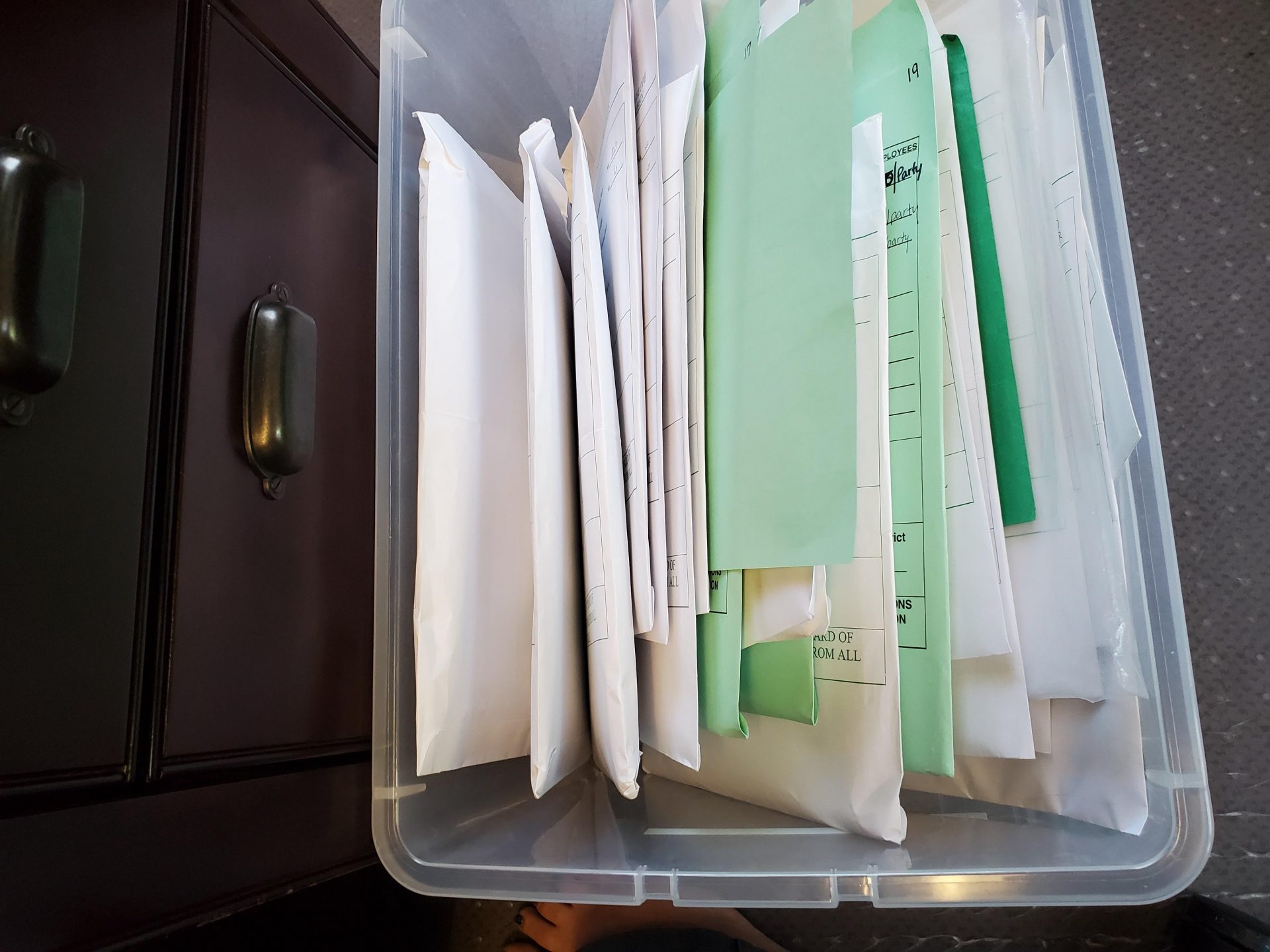 Pennsylvania counties experienced a substantial uptick in provisional ballots during the 2020 primary, an unintended consequence of the vote-by-mail surge and deadlines for mailed ballots applications and return. Election directors are concerned about implications for November’s higher turnout presidential primary, given the extra time provisionals take at the polls and while counting.

“The Department has become aware that this data generation process inadvertently generated email notifications to voters whose requests were contained in the files for two counties – Allegheny and Montgomery,” Lyon said in an email.

A spokeswoman for Allegheny County didn’t immediately respond to a request for comment about whether the email had caused problems there.

According to Soltysiak, the 192,000 Montgomery County voters who received the erroneous email were the ones who had applied earliest and were in the first of two waves of ballots the county sent for printing.

After weeks fielding worried calls from those voters, he said the bright side of the situation is that “by the end of the week, the vast majority of people are going to have their ballots in their hands.”

“That is comforting to me,” he added.

The county expected to send the last of its first two waves — 217,000 ballots total — by Wednesday. It has processed 235,000 mail ballot applications overall.

Soltysiak said mail speeds don’t seem to be a factor in ballot deliveries. By his estimate, they’ve been taking about two to four days to get to voters.

Montgomery County residents have several options for turning in those ballots if they don’t feel they have enough time left to mail them in. The county has 11 dropoff boxes and four satellite election offices where voters can apply for, receive and submit mail ballots all at once.

“There is plenty of time,” Soltysiak said.

That’s true even for voters like Barman, who haven’t yet received their ballots but likely will soon. And while he knows he has time and options, he said he thinks the entire process should have been much less stressful.

“Communicate in a clear way as soon as possible,” he said. “Admit your mistake. Get everyone on the same page. I think that’ll go a long way. Bad news early is better — it almost feels like they tried to sweep it under the rug.”

Once he receives and fills out his ballot, Barman plans to put it in one of Montgomery County’s drop boxes.

“And then I’ll be watching to make sure it gets picked up, which will be the other anxiety after this,” he said. “After that, I’ll be pouring myself a nice scotch and trying to forget about this.”

Everything Pa. poll watchers can — and can’t — do on Election Day, explained