Rulennis Munoz, at center right, speaks with her attorney, Michael Perna, at right. Her mother, Miguelina, stands to her left. Rulennis called county crisis intervention and the police non-emergency number to get medical help for her brother before her sister called 911, leading to a deadly encounter between police and her brother.

The district attorney released the 911 call from the family as it concluded its investigation.

(Lancaster) — The Lancaster police officer who fatally shot 27-year-old Ricardo Munoz was justified in doing so and will not face any criminal charges, according to the county district attorney.

The officer, whose name has not been made public, was responding to a 911 call when Munoz ran outside, shouted at the officer to get back, and charged toward him with a knife. The shooting was captured on police body camera footage that was made public soon after the incident. 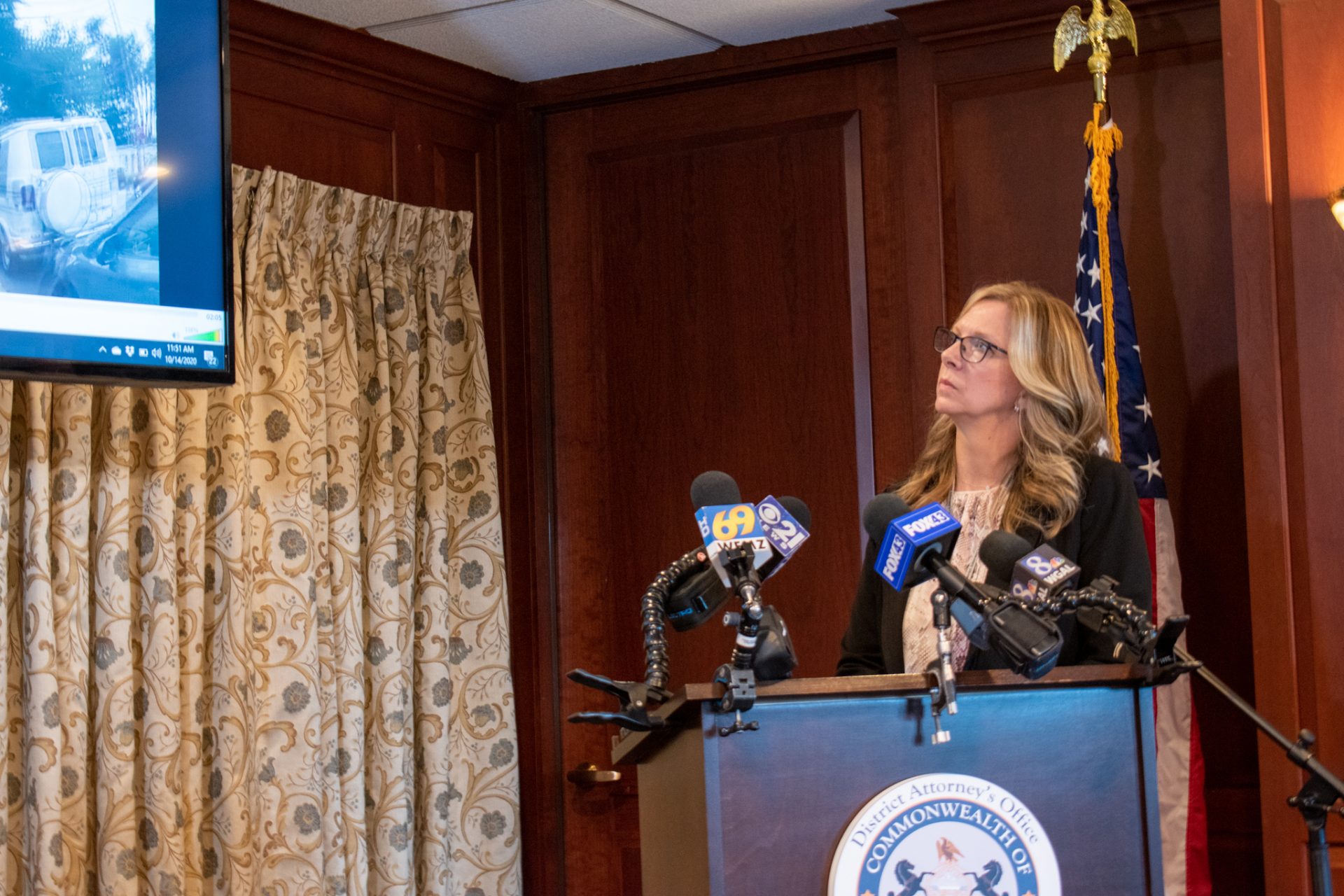 Lancaster County District Attorney Heather Adams said the video shows that the officer didn’t have time to use de-escalation techniques or non-lethal force such as a stun gun.

“The law simply does not require that the officer use less-than-lethal force when faced with imminent death or serious bodily injury to themselves or another,” Adams said.

An attorney for the family, Michael Perna, said he was not surprised by the district attorney’s findings, though he was disappointed.

Perna noted the family repeatedly tried to get help for Ricardo, calling the county crisis intervention line and the police non-emergency number before calling 911.

He said his team wants to know why Ricardo wasn’t given behavioral health care prior to the incident, and why police didn’t respond with someone such as a trained social worker.

The district attorney made the family’s 911 call public. In that call, Ricardo’s sister Deborah says that Ricardo is being “very aggressive” and that he has schizophrenia. She requests help taking Ricardo to the hospital.

Deborah also says that Ricardo had punched the inside of a car, and that he was trying to break into his mother’s house.

More: Police and prison guards demand compliance. That only makes situations worse for people with serious mental illness in Pa.