Courtesy of Shapiro for Pennsylvania and Heidelbaugh for Attorney General

Election 2020 preview of the race for state Attorney General

(Pittsburgh) — Pennsylvania Attorney General Josh Shapiro has attracted national attention as a frequent foe of the Trump Administration and as a champion of consumers.

In addition to initiating legal fights with the White House over issues like limits on birth-control coverage, the Montgomery County Democrat has sued student loan servicers and for-profit colleges, accusing them of predatory lending. And he’s challenged the Catholic Church over a legacy of child sexual abuse by clergy.

But his Republican challenger in the Nov. 3 election, Heather Heidelbaugh, says such advocacy is precisely why Shapiro does not deserve a second term as the state’s top lawyer.

Shapiro says the willingness to take on such battles proves that he has “consistently sided with the people” and “stood up and protected their interests and their rights.” That also goes for his role in helping to shepherd a 2019 deal to prolong Highmark insurance customers’ in-network access to UPMC services, after his office lost a lawsuit against UPMC.

Heidelbaugh, who lives in Mt. Lebanon, favors a more limited role for the attorney general, with a focus on prosecuting criminal cases and defending against civil suits, rather than “being the person suing.” The long-time trial attorney and former Allegheny County councilor said initiating lawsuits is “fine if you want to be a legislator.” But she faults Shapiro for forming new units in his office that pursue impact litigation and work to protect labor rights and the environment. Heidelbaugh suspect those units are meant to advance the “political interests of the attorney general [who is] trying to garner national headlines.”

Shapiro, who is widely expected to run for governor in 2022, dismissed Heidelbaugh’s criticism as “downright cynical and frankly … somewhat laughable because it shows a total lack of understanding of the scope of our legal authority.”

The Democrat noted that he has endorsed a broad view of his office’s power ever since campaigning to become “the people’s AG” in 2016.

“I ran, and won, to be a different kind of attorney general, and said that I was willing to use the powers granted to this office to work for the people, not the powerful institutions,” Shapiro said.

For now, he won’t say whether he’ll run for governor. Rather, he says he’s focused on continuing the work of his office and winning reelection in a race that also features Pike County Libertarian Daniel Wassmer and Green Party candidate Richard Weiss, of Bethel Park.

A priority for both parties

Aside from the presidential election, the race for attorney general is perhaps the most closely watched statewide contest this year. It has drawn some of the largest campaign contributions, although Shapiro’s $4.8 million war chest dwarfs the $280,000 Heidelbaugh had in the bank as of Sept. 14.

Heidelbaugh, a partner at the law firm Leech Tishman Fuscaldo & Lampl, has long been active in local Republican circles and served as her party’s at-large representative on Allegheny County Council from 2012 to 2016. In her 36-year legal career, she has litigated a wide range of cases.

Shapiro, by contrast, has spent most of his professional life in public office. After serving four terms in the Pennsylvania House of Representatives, he was elected in 2011 to join the Montgomery County Board of Commissioners. During his second term on the board, he ran for attorney general and defeated Republican John Rafferty with 51 percent of the vote.

During his tenure as AG, Shapiro has joined state attorneys general across the country in acting as a check on the Trump Administration, starting with the president’s 2017 travel ban against predominantly Muslim countries. One of Shapiro’s most notable lawsuits challenged rules that scaled back women’s access to birth control. That dispute ended up in the U.S. Supreme Court this year and involved a provision of the Affordable Care Act that required insurers to provide the contraception for free.

Churches and synagogues were exempted from the mandate: Religiously affiliated employers could opt out, while insurance companies would help employees access free birth control through a separate plan. But the Trump Administration issued new rules that allowed nonprofits, and some for-profit companies, to deny employees access to contraception on religious or moral grounds.

The government estimated that 70,000 to 126,000 women would therefore lose contraceptive coverage through their workplace. Shapiro has vowed to continue to litigate the case, which the justices sent back to a lower court, on other legal grounds.

But Heidelbaugh doubted that the Supreme Court’s decision would prevent a significant number of women from obtaining birth control. “You can pay for it yourself, or you can have it provided to you by any number of organizations that do that.”

If elected, Heidelbaugh said, she would take a less aggressive approach to federal leadership, even if Democrat Joe Biden becomes president.

Heidelbaugh herself has previously criticized Trump on Twitter. “I certainly agree with people, and I disagree with people. And when I disagree with them, I say it. And whether it be in my party or in another party, I will continue to do so,” she said. But she added, “I don’t view the role of attorney general in that way.”

Shapiro, meanwhile, is unapologetic about challenging the Trump Administration and said he would remain vigilant if Biden is elected. “I am guided by whether or not the federal government has violated the rule of law,” he said. “If I sued [Trump] every time I disagreed with one of his statements or policies, I would have sued him far more often.”

Most recently, Shapiro has tangled with the administration over cuts to the U.S. Postal Service. He led other states in filing suit against the postal service in August, and last week, a federal judge ordered an end to the cuts. An analysis by the Associated Press found that on-time delivery rates have fallen in recent months, adding to concerns about the agency’s capacity to handle an unprecedented volume of mail-in ballots this fall. 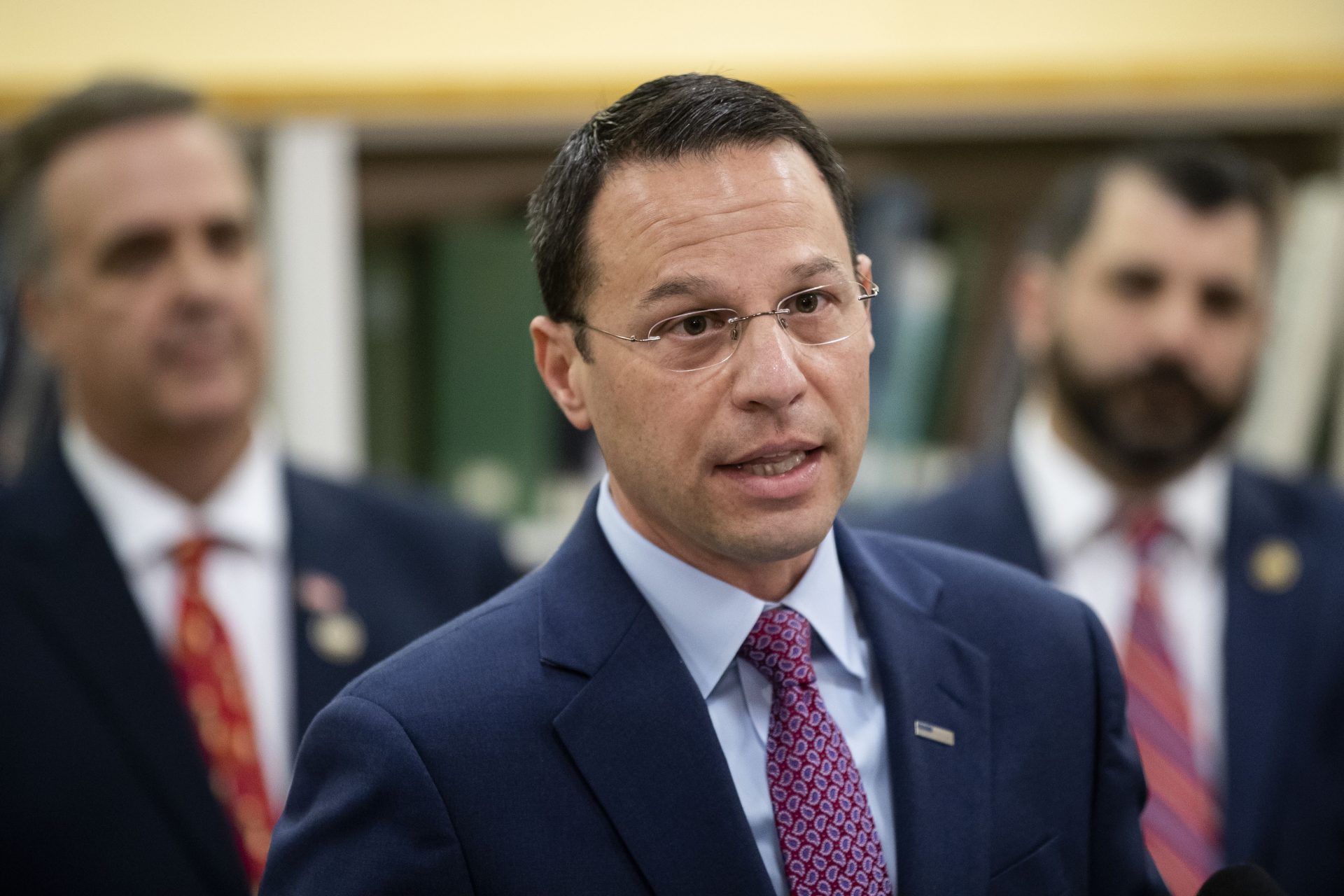 While Heidelbuagh said the postal service lawsuit represents another instance where Shapiro has overstepped his authority, Shapiro countered, “If she doesn’t want to protect our [mail-in] voting system, that probably nearly 3 million Pennsylvanians are going to take advantage of …  that’s on her. I’m not going to stand idly by and let anyone mess with our mail system.”

Heidelbaugh said she would take a strong stand on another elections-related issue: alleged voter fraud. The Republican has a history of advocacy on the subject, having unsuccessfully sued the national activist group ACORN on behalf of the Pennsylvania Republican Party in 2008.

The GOP accused ACORN, which had ties to then-Democratic presidential candidate Barack Obama, of committing voter-registration fraud. Although the GOP lost the lawsuit, Heidelbaugh was later invited to testify before Congress about the controversy. And she maintains that election fraud is a problem, even though there’s minimal evidence to that effect.

“It doesn’t necessarily get reported,” the Republican contended. But “when you find that there’s been something that’s untoward, you have to prosecute … You want to ensure the integrity of the system so that people have confidence in the system.”

Heidelbaugh also faults Shapiro’s approach to his best-known investigation. In 2018, the attorney general released a scathing grand-jury report that documented decades of sexual abuse against hundreds of children within the Catholic Church. The report identified about 300 “predator priests” and their enablers, many of whom had already died. The revelations sparked widespread outrage and international calls for reform, and 20 other states and the District of Columbia have since launched similar probes into the Catholic Church.

But Heidelbaugh noted that Pennsylvania’s two-year investigation yielded charges against just two clergy members, and not the Catholic Church itself. Although the statute of limitations on many victims’ claims had expired by 2018, Heidelbaugh said Shapiro shouldn’t have publicized findings involving individuals he could not try outside the secretive grand jury process, where the accused are not entitled to a lawyer or the opportunity to defend themselves.

“If you had a roomful of prosecutors, and you could take off their political hats for a moment and take away the underlying issue of the horrific nature of pedophiles, do you issue a report talking about the one-sided information that you’ve received if you’re not going to indict?” Heidelbaugh asked. “I think the majority of prosecutors based on precepts of due process are going to say no.”

But Shapiro defended his handling of the investigation, and noted that the judge for the grand jury permitted most of the clerics’ names to be released.

“I stand with survivors,” Shapiro said, “and part of the way we help survivors heal is by going through the legal process of exposing the wrongdoing of these predator priests and the systematic cover up.” As for Heidelbaugh’s criticism, “It’s not surprising to me that when given the opportunity to stand with survivors or stand with the most powerful organization on the planet, she would choose to defend the most powerful organization on the planet: the Roman Catholic Church.” 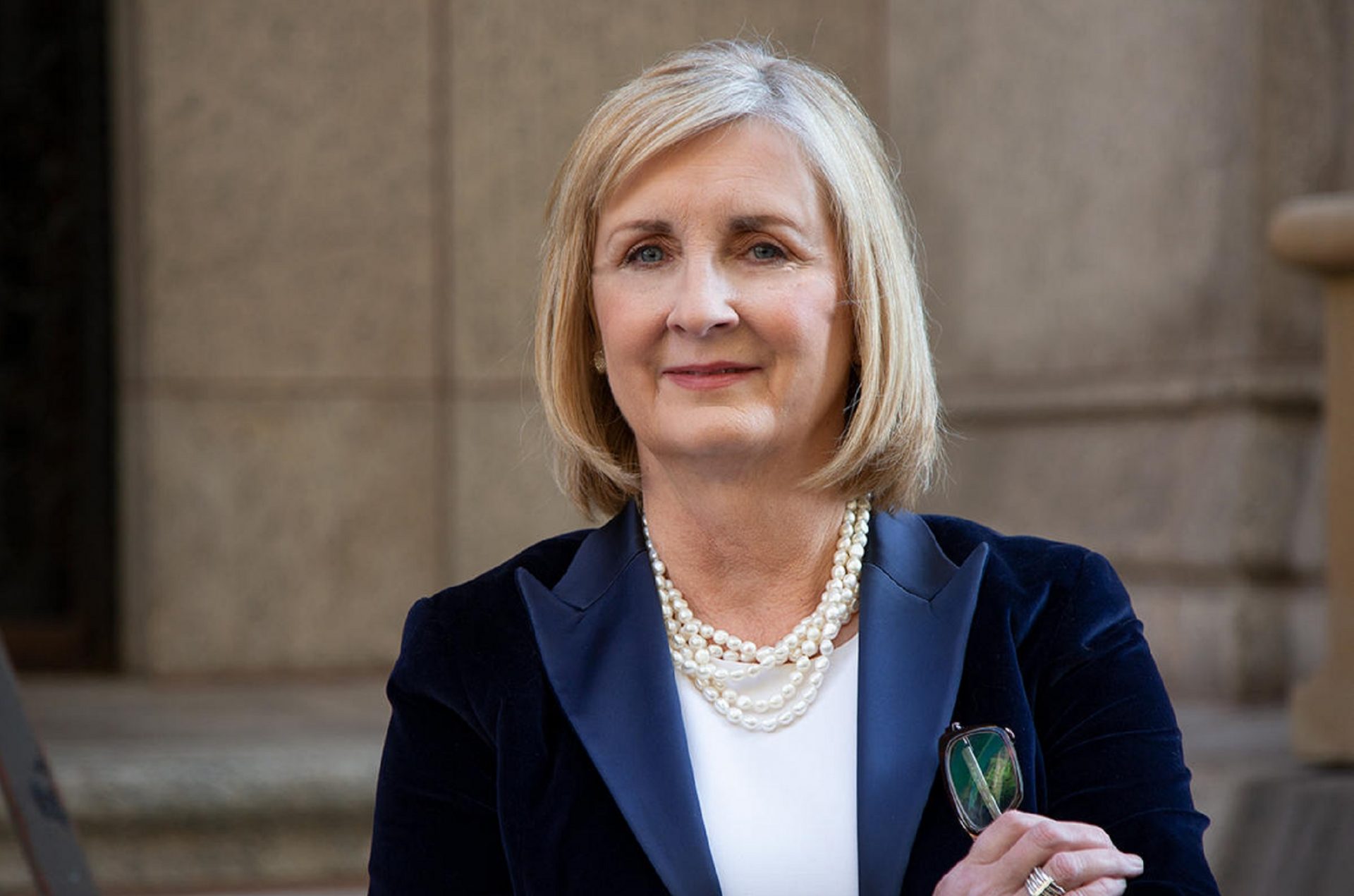 Republican Heather Heidelbaugh, of Mt. Lebanon, has been a trial attorney for 35 years. The former Allegheny County councilor said Tuesday, Nov. 12, 2019, that she will run for Pennsylvania attorney general in 2020.

Notably, the candidates don’t differ much on one of this summer’s most contentious issues: policing. The issue commanded the country’s attention amid nationwide protests over police killings of Black people. Neither candidate backs calls to defund or abolish the police, while both call for more modest reforms, like investing in treatment for substance use and mental health to keep people out of the criminal justice system.

Heidelbaugh encouraged municipal forces to consider merging so that they can pool their resources and, thus, improve officer training and pay.

Meanwhile, Shapiro noted that after the 2018 police killing of Antwon Rose in East Pittsburgh, he helped to craft a law that gives police forces in Pennsylvania greater access to disciplinary records when hiring officers. The officer who fatally shot Rose, Michael Rosfeld, had been hired to the East Pittsburgh Police Department even though his previous employer, the University of Pittsburgh Police Department, had documented performance issues in his personnel file.