"We should consider again what can happen when equal justice is denied, when anger and violence and division are left unchecked." 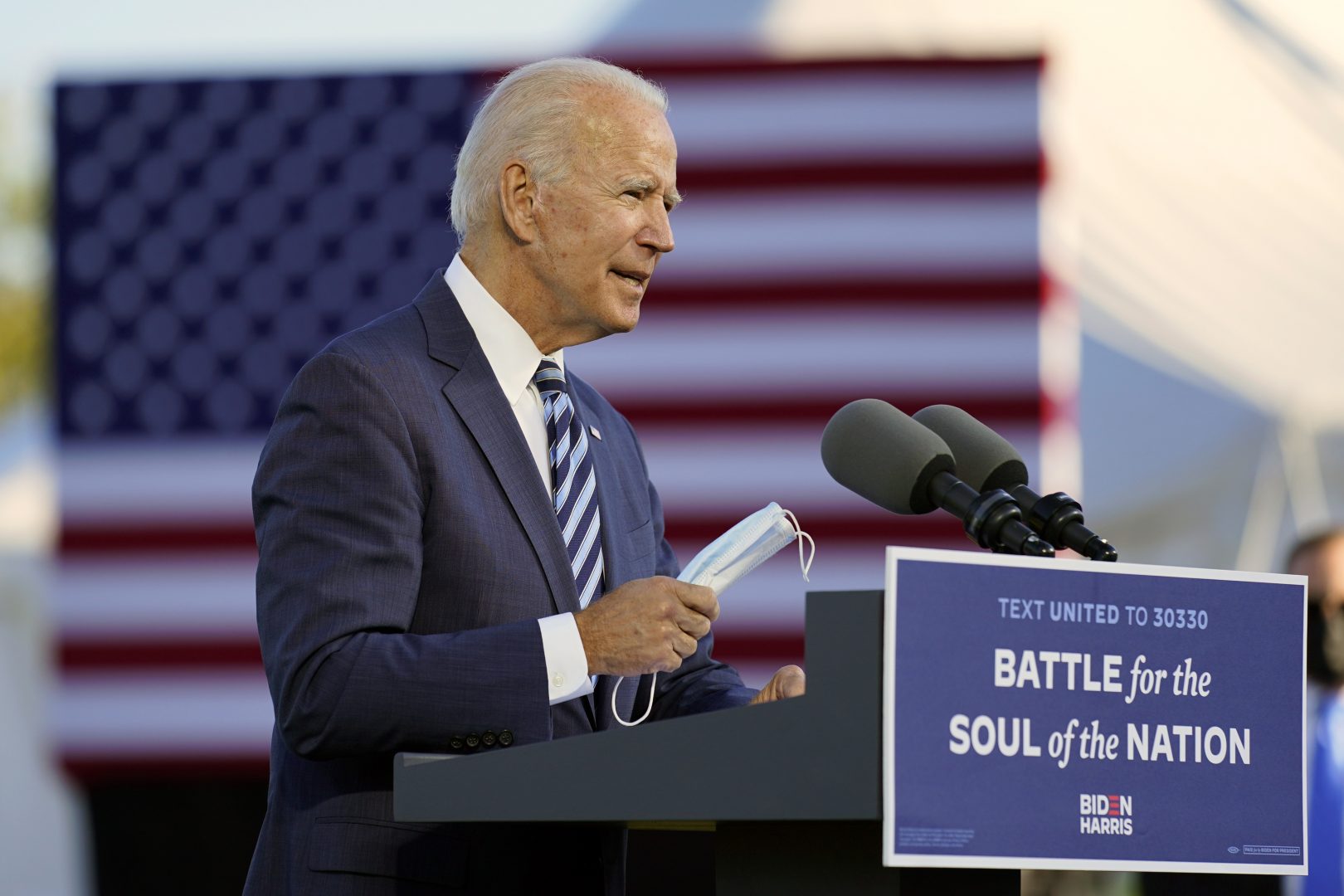 (Gettysburg) —  In a 20-minute speech in Gettysburg Tuesday, Democratic presidential candidate Joe Biden framed the ongoing election as a “battle for the soul of the nation.”

At a spot near the bloody Civil War battlefield, Biden drew comparisons between that period of American history and today.

“Today, once again, we are a house divided. But that can no longer be. We are facing too many crises,” Biden said to a small group of socially-distanced supporters.

He characterized the nation as bitterly divided over issues like systemic racism and how to deal with hate groups. To avoid recreating the kind of anger that led to the Civil War, Biden said the country should find ways to put aside political differences.

“Instead of treating each other’s party as the opposition, we treat them as the enemy,” the former vice president said. “We should consider again what can happen when equal justice is denied, when anger and violence and division are left unchecked.”

The stop is one of several Biden has recently made in a trek across Pennsylvania. The event stood in stark contrast to President Trump’s rally in Harrisburg International Airport just a few weeks ago, at which thousands of people gathered in defiance of public health rules.

Biden didn’t mention Trump directly. But he alluded to the administration’s handling of the coronavirus pandemic as a bad example of leadership, one the Democrat said he would correct if elected.

Throughout the speech, Biden quoted figures like President Abraham Lincoln in characterizing himself as a candidate who can bring together the nation.

“Now, we have our work to reunite America, to bind up our nation’s wounds, and to move past shadow and suspicion,” Biden said. “We have to be dedicated to our own sacred effort.”

Trump has routinely criticized Biden’s nearly 50-year political career as a liability, and has characterized the Democrat’s agenda as “disastrous.”

The two are scheduled to debate in Miami next Thursday — as Trump deals with his coronavirus infection.

With less than a month to go before Election Day and as Pennsylvanians are already casting their ballots, Biden called on voters to be civil regardless of the outcome.

“Let’s conduct ourselves as Americans, who love each other, who love our country, who will not destroy but will build. We owe that to the dead who are buried here at Gettysburg,” Biden said.