"A ‘one-size-fits-all' approach is less effective than principles that can be applied and adapted locally.”

(New York) —  Child-protection policies adopted by Roman Catholic leaders to curb clergy sex abuse in the United States are inconsistent and often worryingly incomplete, according to a think tank’s two-year investigation encompassing all 32 of the country’s archdioceses.

The analysis by Philadelphia-based CHILD USA said the inconsistencies and gaps suggest a need for more detailed mandatory standards for addressing sexual abuse of children by priests and other church personnel, a problem that has beset the church for decades and resulted in many criminal investigations, thousands of lawsuits and bankruptcy filings by numerous dioceses.

After a big wave of clergy abuse was reported in the early 2000s, U.S. bishops in 2002 created the Charter for the Protection of Children and Young People, more commonly known as the Dallas Charter, a baseline for reporting, training and prevention policies on sexual abuse.

“Unfortunately, the Catholic Church has left the development and implementation of policies to the discretion of each local diocese and archdiocese,” CHILD USA said. “As a result, there is now a hodgepodge of relatively new child protection practices across the U.S.” 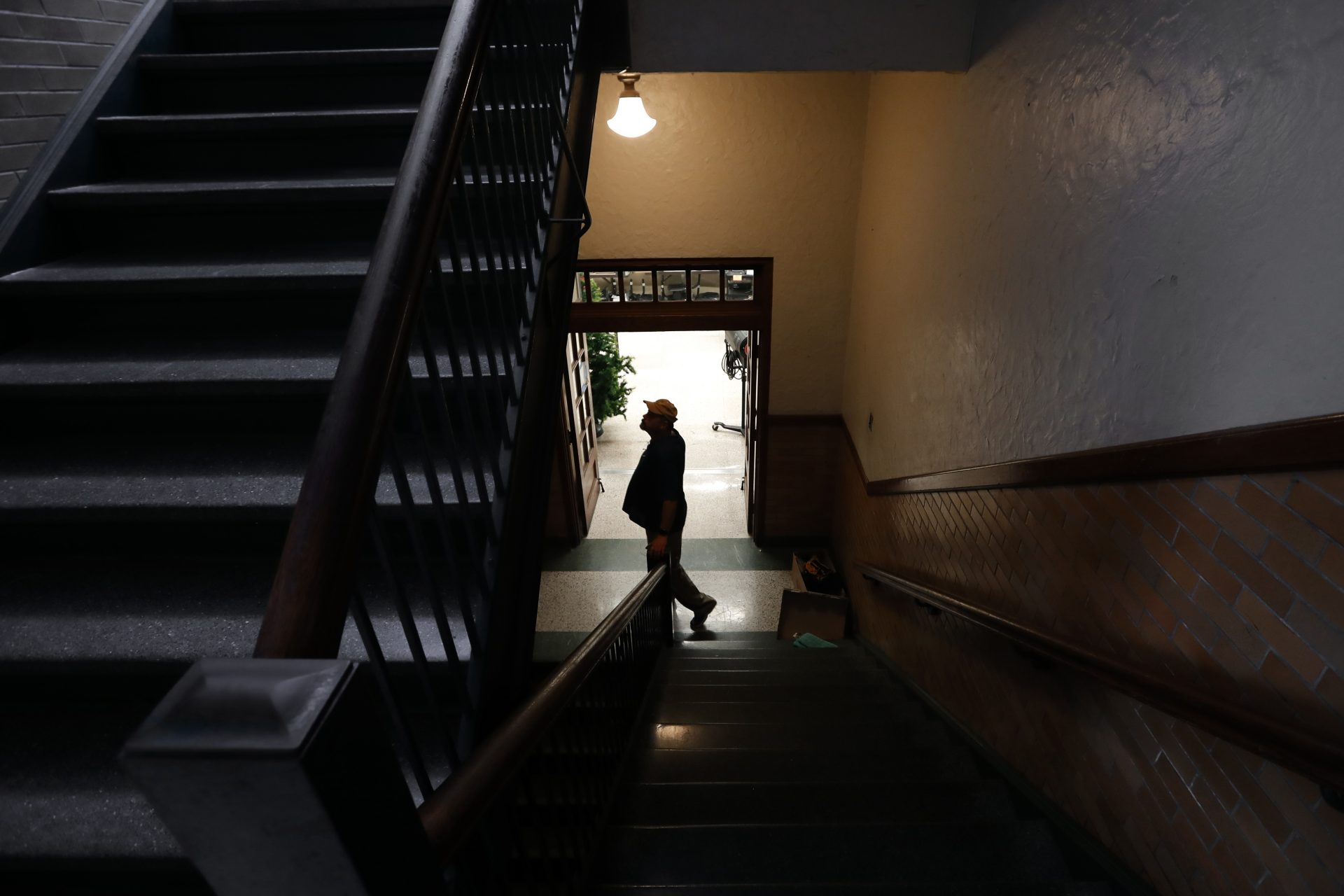 Riley Kinn visits St. Wendelin Catholic High School in Fostoria, Ohio, on Wednesday, Sept. 11, 2019. Kinn was abused by a priest at his Ohio high school and although assured by the Diocese of Toledo, Ohio, that he’d have the chance to share his story with a review board, was never given the opportunity to. Toledo Diocese spokeswoman Kelly Donaghy said the review board doesn’t promise victims they can testify, but examines each case in turn.

In a response provided to The Associated Press, the U.S. Conference of Catholic Bishops defended its anti-abuse efforts, which church officials say have helped reduce abuse allegations since 2002 to numbers far lower than several decades ago.

The conference noted that under church law, each local bishop is responsible for implementing the policies outlined in the Dallas Charter, resulting in variations across the U.S.

“States and local civil jurisdictions may have different reporting requirements and dioceses may have different population needs,” the statement said. “Thus, a ‘one-size-fits-all’ approach is less effective than principles that can be applied and adapted locally.”

“We have made much progress but know the painful experience of survivors calls us to continual improvement,” it said.

But CHILD USA founder and CEO Marci Hamilton said the prevention effort will remain flawed as long as individual bishops remain in charge of implementation without more forceful independent oversight.

“They have a long way to go,” she said. “Whatever the numbers of cases are, the policies are still not adequate.”

Among the major areas of concern for CHILD USA are the archdioceses’ procedures for investigating sex abuse allegations.

The report found only five archdioceses have policies allowing for an independent investigator to take charge of a probe. In most archdioceses, it said, the lead investigator is someone with a high-level church role, such as the archbishop, the vicar general for clergy or the legal counsel. 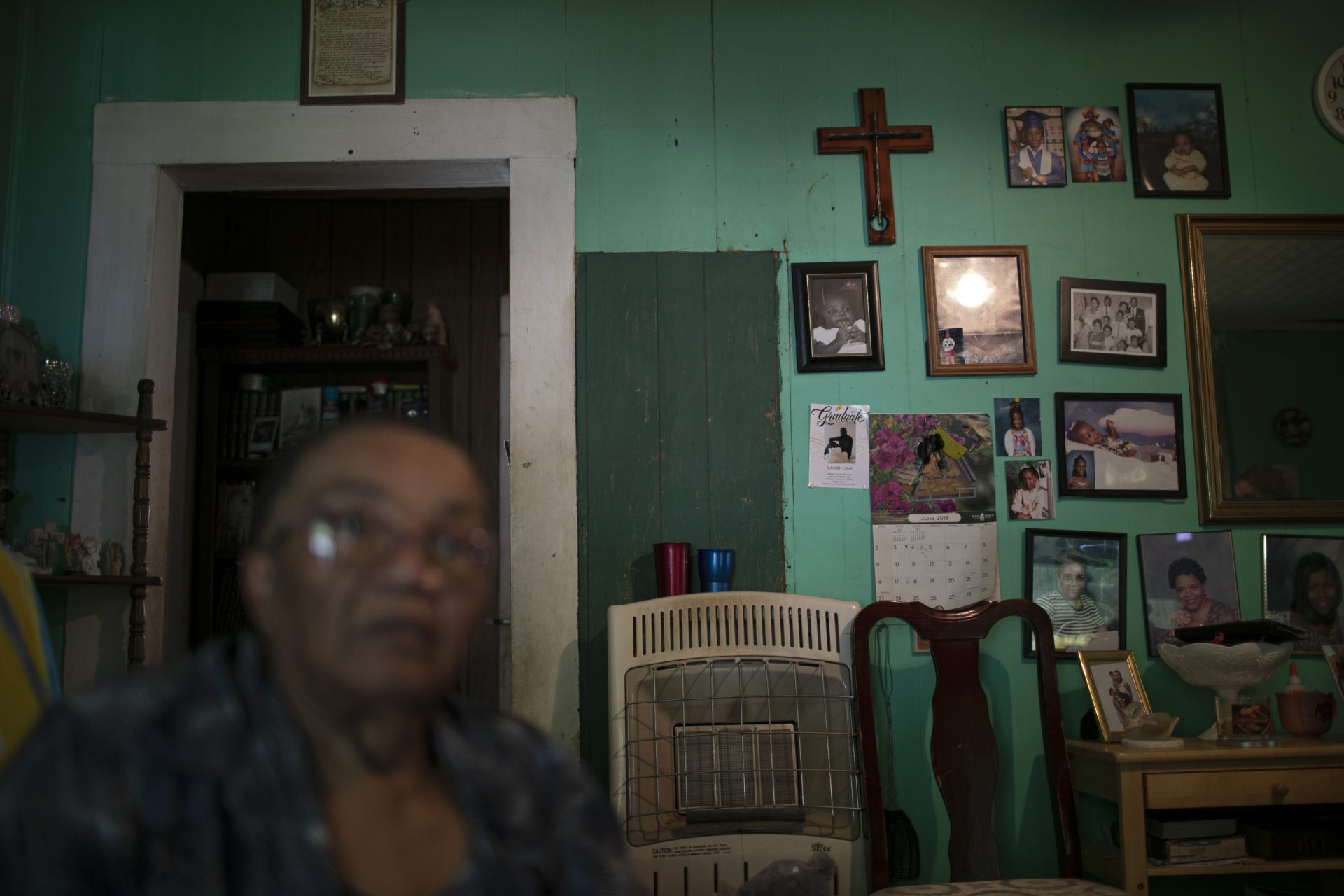 Lou Alice Bolden with a crucifix and framed photographs in her home in Greenwood, Miss., Saturday, June 8, 2019. Known as “Miss Lou,” Bolden has three grandsons who say they were sexually abused at a local Catholic grade school.

“These officials have blatant conflicts of interest that call into question their ability to conduct an impartial investigation,” the report said. “In addition, they do not have the education and experience necessary for investigating child sexual abuse allegations.”

Other areas of concern:

— Codes of conduct: Most of archdioceses simply prohibit inappropriate physical contact but not do outline various grooming techniques commonly used by molesters, the report said. However it commended the Miami archdiocese for listing specific questionable behaviors, such as keeping secrets with children and developing a special relationship with an individual child.

— Monitoring: The report said most archdioceses have no written policy for monitoring priests who have committed misconduct and are considered a risk to minors.

— Whistleblowers: According to the report, only five archdioceses have policies in place to protect personnel from retaliation for reporting suspicions of sexual misconduct or other illegal or inappropriate behavior.

Lead investigator Stephanie Dallam said no archdiocese came close to a “gold standard” on prevention policies. She said those that have made the most progress included archdioceses such as Boston and Philadelphia, which faced intense pressure for changes after highly publicized abuse investigations.

The national bishops’ conference has already been active, through its National Review Board, in monitoring the implementation of its policies, not just in the 32 archdioceses but in all 197 U.S. dioceses.

The board’s latest annual report, issued in March, lamented “signs of complacency and lack of diligence on the part of some dioceses.” It said some dioceses were failing to conduct background checks and require abuse-prevention training for clergy and employees who had direct contact with children.

The board also said some dioceses lack a formal plan for monitoring priests removed from ministry because of alleged abuse. 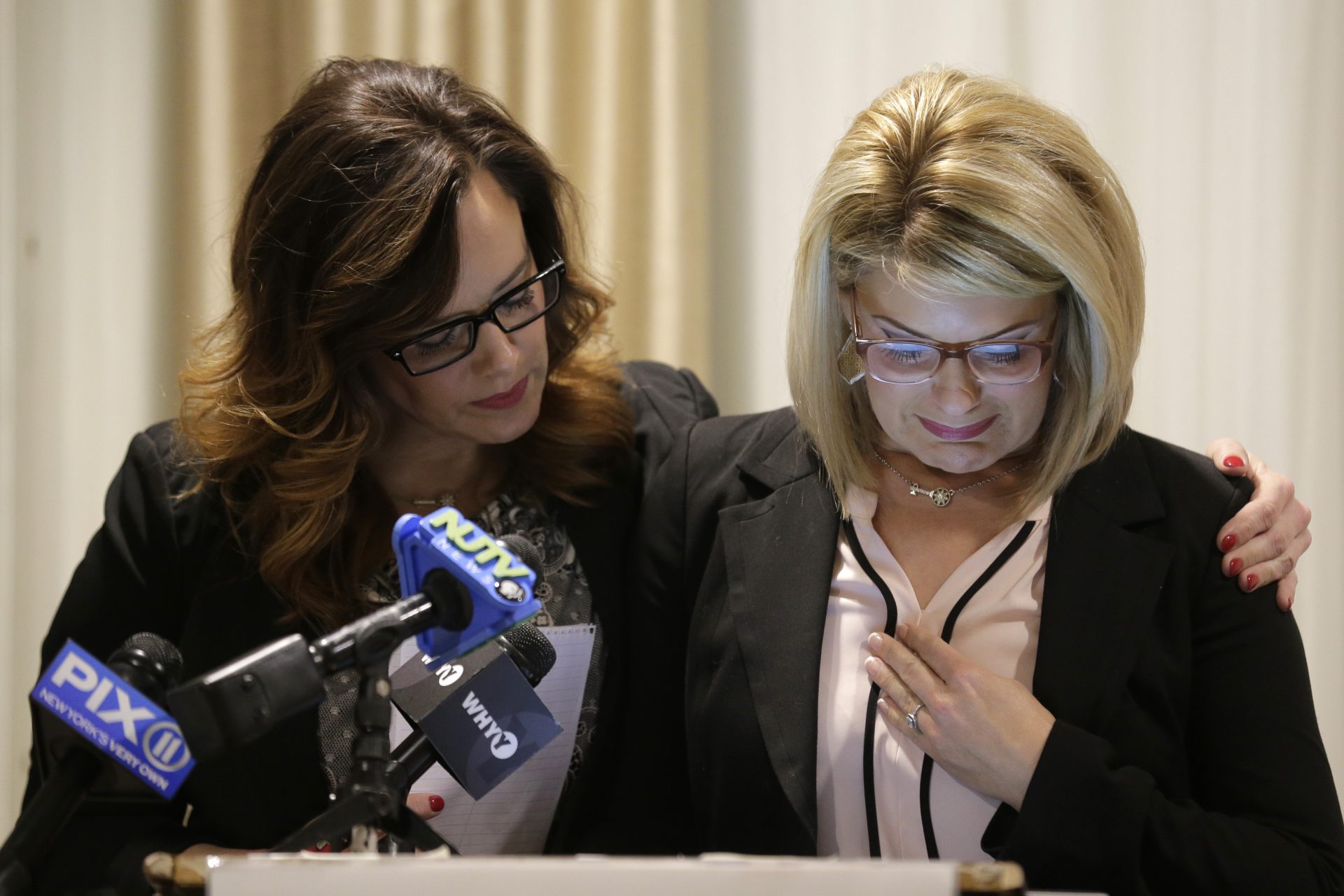 As Patty Fortney-Julius, left, offers support, her sister Lara Fortney-McKeever cries as she speaks to reporters during a news conference in Newark, N.J., Monday, Dec. 2, 2019. The two sisters from Pennsylvania are suing the Archdiocese of Newark and the Diocese of Harrisburg, Pennsylvania. They allege clergy in Newark knew a priest had sexually abused children before he moved to Harrisburg and abused them and their sisters for years. Lawsuits alleging sexual abuse by Roman Catholic clergy are taking center stage in New Jersey as the state’s relaxation of statute of limitations rules takes effect. (AP Photo/Seth Wenig)

“The fact that in 25-30% of dioceses these recurring problems are still evident points to lack of diligence that puts children’s safety at risk,” the board said. “Although dioceses continue to do good work in creating cultures of protection and healing, the fact remains the church’s efforts will be measured based on the weakest links.”

Even so, there is evidence the U.S. church has cut down on the level of sex abuse since the Dallas Charter was implemented.

According to Georgetown University’s Center for Applied Research in the Apostolate — an authoritative source for statistics on Catholicism in the U.S. — there have been fewer than 300 allegations of clerical sex abuse of minors since 2005, compared with more than 11,500 such allegations in the 1970s and 1980s.

Disclosure: Associated Press religion coverage receives support from the Lilly Endowment through the Religion News Foundation. The AP is solely responsible for this content.