Stock Photos of the PA State Capitol in Harrisburg, Pa., Tuesday, June 18, 2019. For the Inquirer/Kalim A. Bhatti

The state House of Representatives is poised to create the majority-weighted panel by resolution, which isn't subject to a gubernatorial veto.

UPDATE: The House vote was canceled Thursday after a lawmaker tested positive for COVID-19.

(Harrisburg) — Over strong objections from Democrats and nonpartisan good government groups, the Pennsylvania House of Representatives is poised to create a committee Thursday to investigate elections.

Critics seem particularly concerned that the panel would have subpoena power without enough specifics on when and how it can operate. That, they say, means that election officials could be pulled away from the task at hand to testify or produce documents – thus risking the integrity of the vote.

Retiring state Rep. Garth Everett (R-Lycoming) is backing the resolution that would create the five-person committee weighted for the majority.

Everett said the panel’s purpose is to examine “the whole chain of events” surrounding the 2020 election – including Department of State guidance, data and other records.

Debate over the issue lasted more than an hour during a meeting Wednesday of the House State Government Committee, which Everett chairs.

At one point, he threatened to call security on Rep. Malcolm Kenyatta (D-Philadelphia) after Kenyatta disregarded Everett’s attempts to cut him off and requests that he “lower [his] tone.” 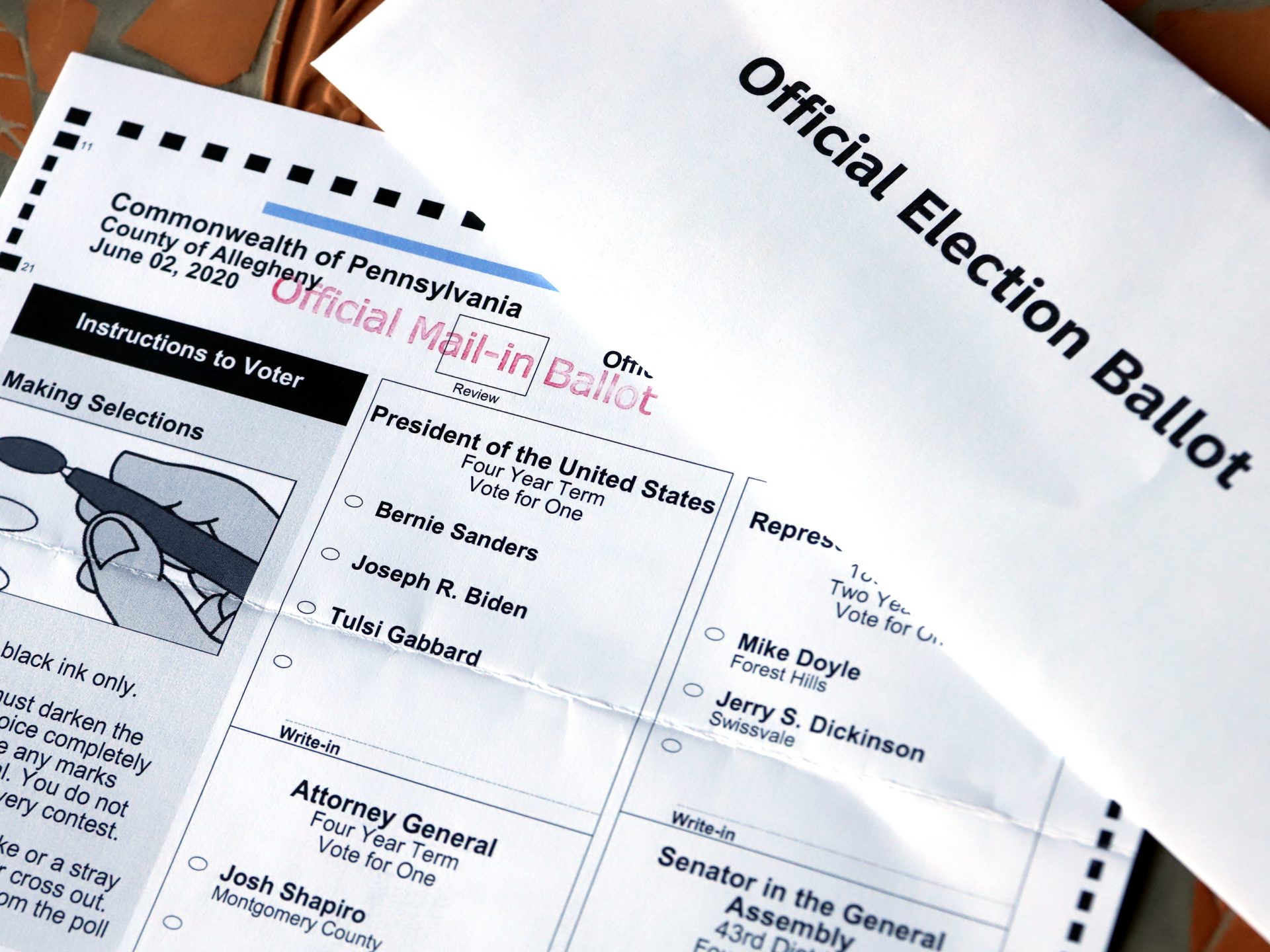 “Folks have a right to have a free and fair election, which this is gonna blow up,” Kenyatta said. “This is unacceptable, Mr. Chairman, … and I am so disappointed that you would even bring this up.  When I read this, [and] your name on it – I was so disappointed. And you should be, too. You should be ashamed.”

Initially, Everett said he didn’t intend for the committee to interfere with the election and that Democrats on the committee were “reading too much into it” by presuming that would happen – though Rep. Pam DeLissio (D-Philadelphia/Montgomery) pointed out the resolution states the committee’s purpose would be to “improve the conduct of the 2020 election or subsequent elections.”

After being pressed by Kenyatta, DeLissio and other Democrats, Everett acknowledged the resolution as written – including the committee’s Nov. 30 sunset – allows for the interference they fear.

He pledged to move to change the resolution’s language on the floor Thursday to specify post-election activity. And Democrats have drafted amendments of their own.

House Resolution 1032 comes amid attempts by President Donald Trump to create doubt about the reliability of mail-in ballots, and ultimately about the outcome of the election should Trump lose.

Polls show more Democrats plan to vote by mail than Republicans. Voting by mail has generally proven to be reliable, with little fraud.

“If the House fails to address the questions and concerns about the scope and timeline of the select committee, then we must assume that this is just the latest attempt to sow chaos and confusion in advance of the election and threatens to further undermine the public’s confidence in the process,” said Elizabeth Randol, legislative director of the ACLU of Pennsylvania, in an emailed statement. 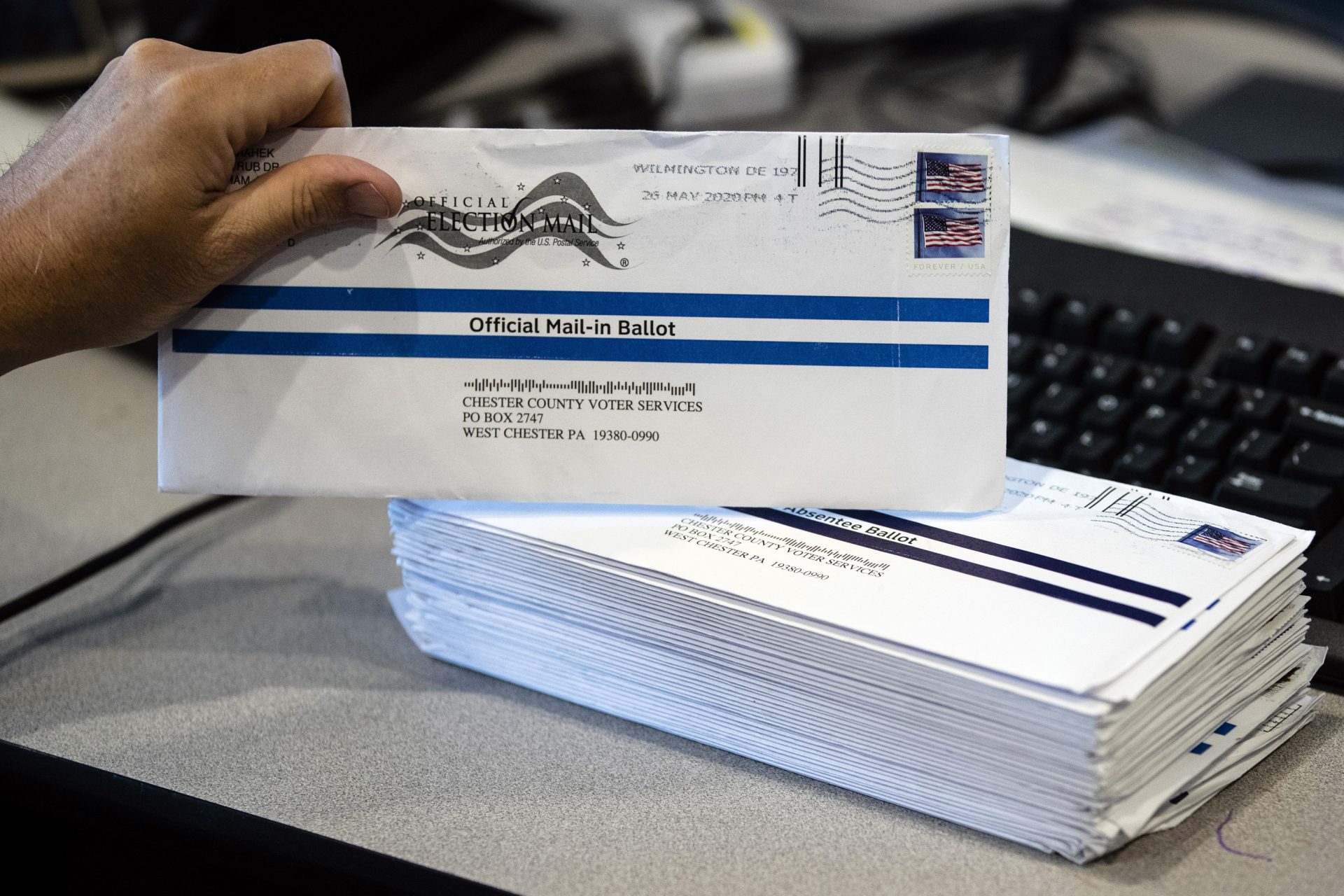 FILE – In this May 28, 2020, file photo, mail-in primary election ballots are processed at the Chester County Voter Services office in West Chester, Pa. Pennsylvania officials said Friday, July 31, 2020, the state will foot the cost of postage for voters to mail in ballots in November’s general election, a move that Gov. Tom Wolf has made a priority as the coronavirus pandemic unexpectedly fueled high interest in voting by mail under a new state law. (AP Photo/Matt Rourke, File)

If the measure passes the House Thursday, Speaker Bryan Cutler (R-Lancaster) could appoint the committee as early as Friday, Everett said.

Critics say they’d gear up for court challenges of the panel’s actions.

“Counties need to be able to remain focused on the tasks associated with delivering a successful election,” CCAP Executive Director Lisa Schaefer said.

County and election officials themselves say they do not have the bandwidth to deal with a legislative investigation.

“We have no issue with investigations and oversight; however, this needs to occur after the election. Our staff are focused and extremely busy,” said Bucks County Commissioners Chair Diane Marseglia.

Marseglia and Schaefer said lawmakers need to shift focus to making any late-stage changes that could help improve the Nov. 3 election, such as letting counties start processing ballots earlier. Right now, they can’t begin until 7 a.m. on Election Day, a time set before the pandemic-driven shift to mailed voting in the commonwealth — where half of voters mailed their ballots for the primary — and nationally.

The House passed a measure that would move the pre-canvass start to the Saturday before the election. That’s less time than the three weeks election directors have been asking for since the spring and that nonpartisan organizations — including the Committee of 70 — have highlighted as a necessity as well.

HB2626 includes some non-starters for Democrats, such allowing poll watchers to monitor voting locations anywhere in the state, instead of only in their home county, which is the rule now. A recent state Supreme Court decision upheld that rule. Changing it, Democrats say, risks increasing the likelihood of voter intimidation. 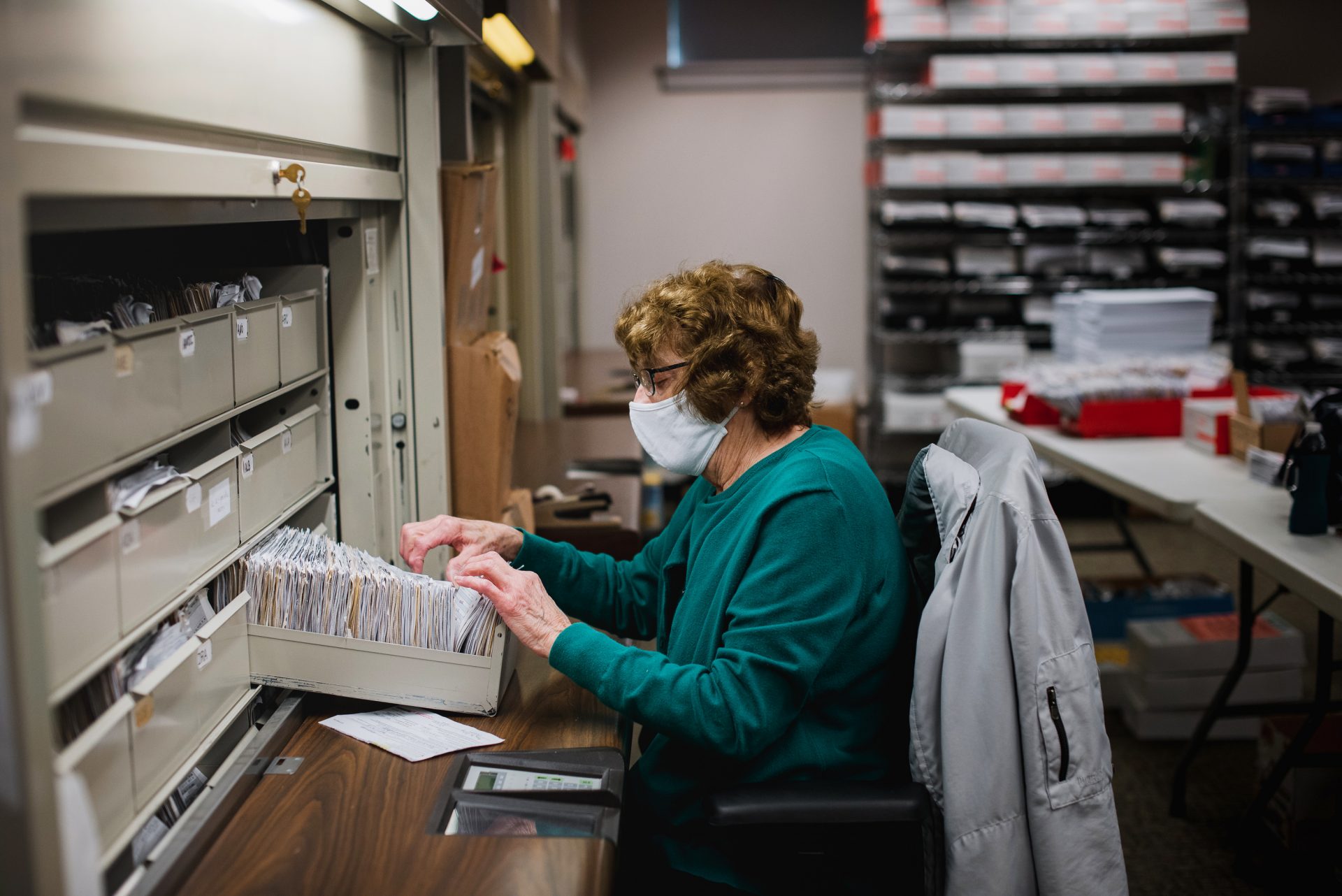 Ellen Ortt, 81, looks through old voter registration files at the Voter Registration office in the Lehigh County Government Center in Allentown, PA., on Tuesday, September 15, 2020. Ortt is looking to see which files need to be update with a new address or a party switch.