Pennsylvania Governor Tom Wolf speaking to the press outside York Grace Brethren Church in York, on Tuesday, Sept. 15. Wolf was urging immediate legislative action on voting rules ahead of the presidential election Nov. 3.

“[The ruling] jeopardizes the security and integrity of our elections and will potentially put Pennsylvania in the middle of a disastrous national crisis." 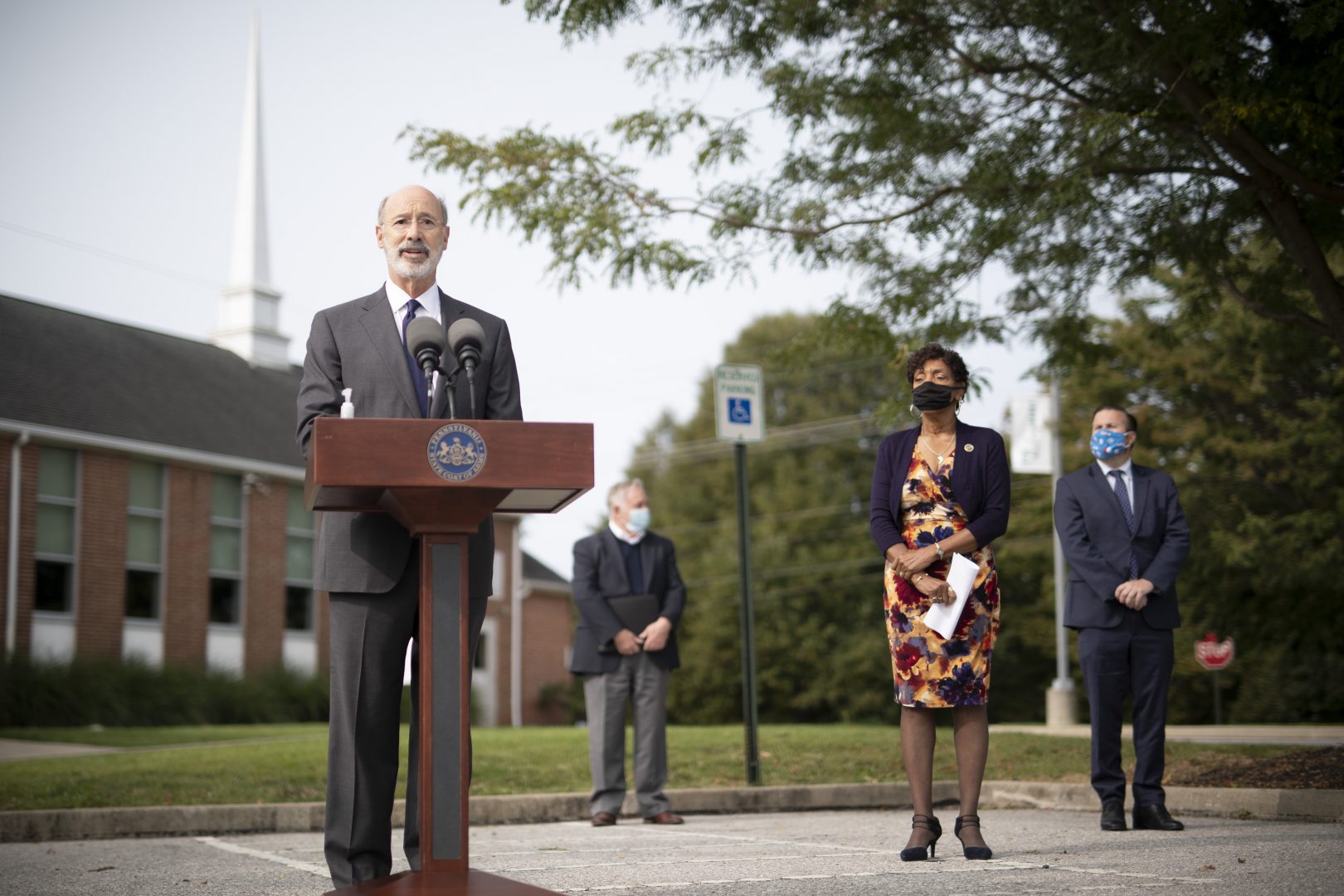 Pennsylvania Governor Tom Wolf speaking to the press outside York Grace Brethren Church in York, on Tuesday, Sept. 15. Wolf was urging immediate legislative action on voting rules ahead of the presidential election Nov. 3.

(Harrisburg) — State Republican lawmakers are trying to fight part of a recent state Supreme Court decision on voting by mail, including by appealing to the U.S. Supreme Court.

Now, GOP legislators have filed a petition asking them to stay a portion of their ruling pending an appeal to the nation’s top court.

“[The ruling] jeopardizes the security and integrity of our elections and will potentially put Pennsylvania in the middle of a disastrous national crisis as the world awaits for our Commonwealth to tally election results days or weeks following Election Day,” the statement read.

Republicans say they’re working to file the SCOTUS petition as quickly as possible, but Benninghoff’s spokesman Jason Gottesman declined to confirm whether that’s expected to happen this week.

“During the appeal process, we encourage every eligible voter to register before Oct. 19 and request & return a mail in ballot ASAP if they intend to vote that way.”

Republicans aren’t taking issue, at this point, with other parts of the vote-by-mail order that let counties collect ballots using drop boxes and require them to reject ballots that arrive without a second internal secrecy envelope. The ruling also upheld the state’s rules limiting campaign poll watchers to working in their home counties.

Ranjan won’t consider claims in the federal case over secrecy envelopes or poll watcher residency because last week’s rulings addressed those issues, according to his order filed Wednesday morning.

But he will consider questions raised by Trump campaign about drop boxes, provisional ballots, signature verification and ballot return deadlines that vary among counties (as happened during the primary) — so, those rules still could change before the election.

The legislature had been attempting election reforms through House Bill 2626; however, Democrats were unhappy with the final product that passed out of that chamber Sept. 2.

Gov. Tom Wolf has pledged to veto the measure, which has been stalled in the state Senate for about two weeks, in its current form.

Wolf called one week ago for lawmakers to make more changes, including permitting counties to appoint poll workers 60 days before Election Day (versus the five days presently allotted).

He also advocated for allowing counties to begin processing ballots 21 days before the election. Current rules set 7 a.m. Election Day as the start time; HB2626 would make it the Saturday prior.

Editor’s note: This story has been updated to include new information about the federal lawsuit before U.S. District Judge J. Nicholas Ranjan.