FILE PHOTO: Protesters hold signs during a May 15, 2020, rally outside the state capitol in Harrisburg, Pa. About 1,000 people showed up to protest Gov. Wolf's coronavirus shutdown order. 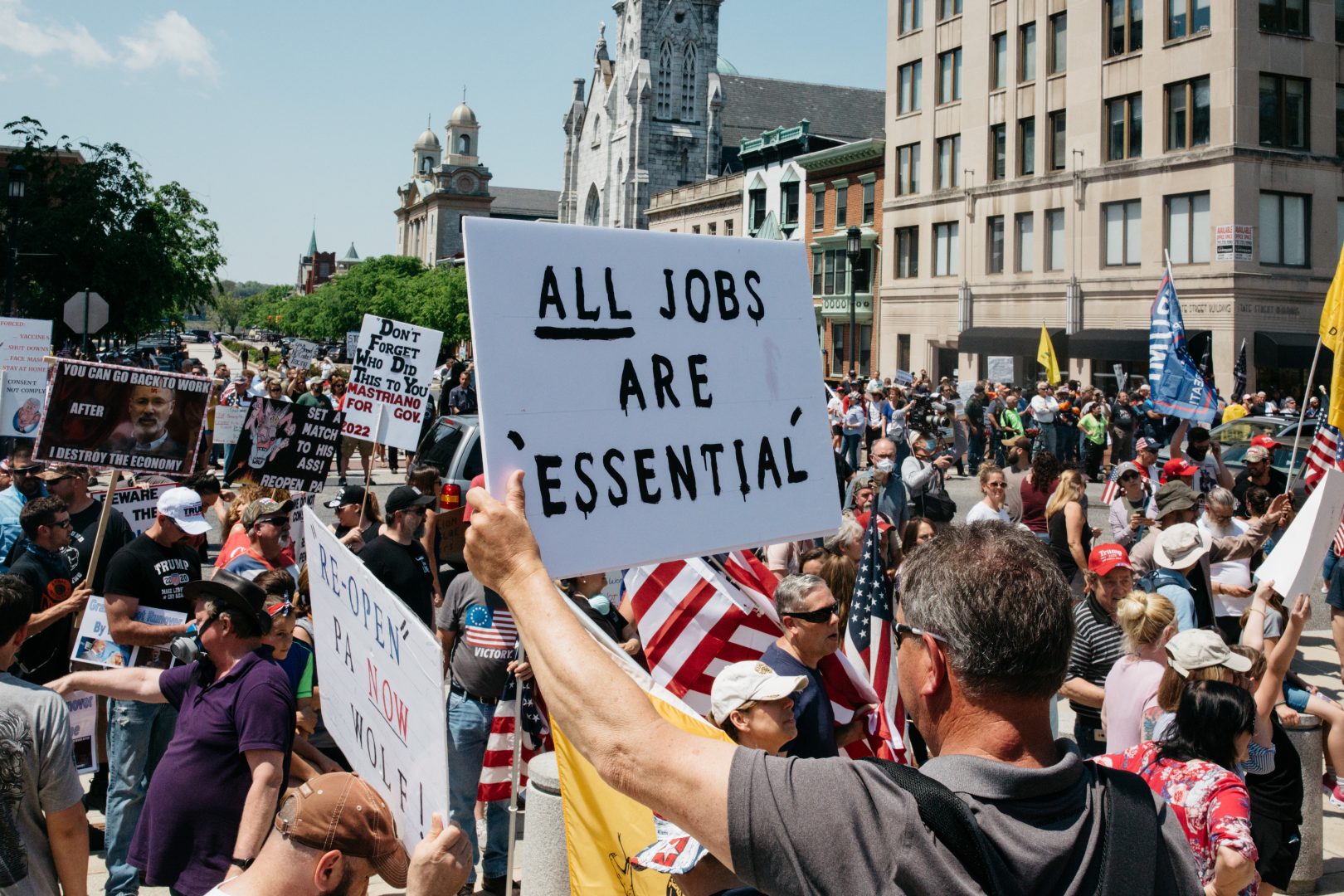 FILE PHOTO: Protesters hold signs during a May 15, 2020, rally outside the state capitol in Harrisburg, Pa. About 1,000 people showed up to protest Gov. Wolf's coronavirus shutdown order.

(Pittsburgh) — A federal judge on Tuesday declined to stay his own ruling that Gov. Tom Wolf’s size limits on gatherings are unconstitutional.

U.S. District Judge William Stickman IV said the administration had failed to show “imminent and irreparable harm will occur” if the state can’t limit event crowds to 25 people inside and 250 people outside.

State officials had asked Stickman, an appointee of President Donald Trump, to delay enforcement of his ruling while they appeal.

Wolf, a Democrat, has since eased many of the restrictions, but Stickman also ruled against the state’s current size limits on indoor and outdoor gatherings, saying they violate citizens’ constitutional right to assemble.

Rejecting the state’s request for a stay, the judge said Tuesday that state officials failed to explain why they have allowed commercial businesses to operate at a percentage of their capacity — meaning hundreds of shoppers inside a large store, for example — while capping numerical attendance at social, political, cultural and other gatherings.

Wolf said at a news conference Tuesday that his administration will appeal to the 3rd U.S. Circuit Court of Appeals in Philadelphia.

Lawmakers' power to redraw Pa.'s political maps could be more limited in 2021