“When you consider that the 2016 Presidential Election in Pennsylvania was decided by just over 44,000 votes, you can see why I am concerned."

(Harrisburg) — Philadelphia’s top elections official is warning of electoral chaos in the presidential battleground state if lawmakers there do not remove a provision in Pennsylvania law that, under a days-old court decision, requires counties to throw out mail-in ballots returned without secrecy envelopes.

In the letter, Deeley urged them to back legislation to remove a provision she calls unnecessary and a threat to invalidate more ballots than the margin that decided the state’s 2016 presidential election.

“When you consider that the 2016 Presidential Election in Pennsylvania was decided by just over 44,000 votes, you can see why I am concerned,” Deeley wrote.

Some 30,000 to 40,000 mail-in ballots could arrive without secrecy envelopes in Philadelphia alone in November’s presidential election, Deeley estimated, and the state Supreme Court’s interpretation of current law forces election officials to throw out the so-called “naked ballots.”

Most of the attention revolved around the court’s extension of the deadline for counties to receive mail-in ballots, but “it is the naked ballot ruling that is going to cause electoral chaos,” she wrote.

Statewide, that could mean throwing out more than 100,000 mail-in ballots in the Nov. 3 presidential election, according to some estimates. 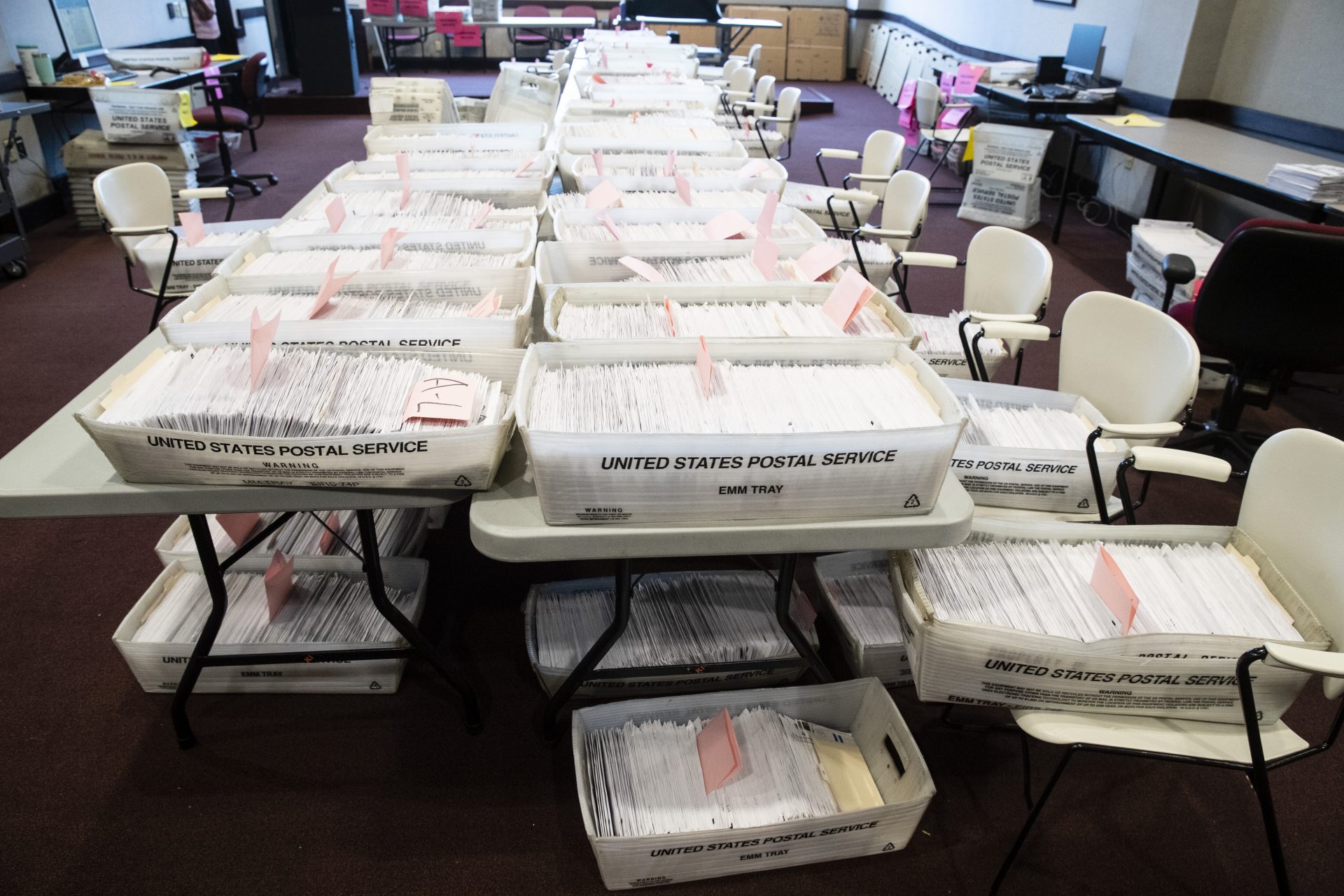 Deeley’s letter comes four days after the state Supreme Court rejected the request by the Democratic Party to clarify the law to allow elections officials to count mail-in ballots that arrive without a secrecy envelope.

The ruling was part of a wider decision on contested elements of the state’s election law, and Republicans on Monday said they will appeal one element of the court’s decision — extending the deadline to receive ballots by three days — to the U.S. Supreme Court.

They also signaled that they are comfortable with the current law on secrecy envelopes.

“We believe this issue is settled for this election,” a spokesman for House Speaker Bryan Cutler, R-Lancaster, said in a statement.

The administration of Gov. Tom Wolf, a Democrat, supported the Democratic Party’s effort in court. But Republicans, including President Donald Trump’s campaign, the state Republican Party and Republican legislative leaders, have argued in court that the law requires mail-in ballots without secrecy envelopes to be invalidated.

One Republican argument was that the secrecy envelope ensures compliance with constitutional guarantees of secrecy in voting.

Fueled by concerns over the pandemic, more than 3 million voters in Pennsylvania are expected to cast ballots by mail in the Nov. 3 election. That’s more than 10 times as many as voted by mail in the 2016 presidential election, when Trump beat Democrat Hillary Clinton by slightly more than 44,000 votes, or less than 1 percentage point.

Polls show another close race between Democrat Joe Biden and Trump in Pennsylvania.

Ensuring that mail-in votes are counted is of particular concern to Democrats, since their voters are requesting mail-in ballots by a approximately a three-to-one margin over Republicans, according to state figures. Philadelphia, the state’s largest city, is home to one in five registered Democratic voters.

Pennsylvania is one of 16 states that require secrecy envelopes be provided to voters, according to the National Conference of State Legislatures. Before the court ruled, Wolf’s top elections officials had messaged counties in May to tell them that there is nothing in the law that requires them or authorizes them to discard a ballot that is returned without a secrecy envelope.

That guidance was rescinded following the election.

A secrecy envelope is essentially an unmarked envelope that holds the ballot inside the return envelope and theoretically shields election officials and people authorized to watch vote counting from knowing a voter’s choices.